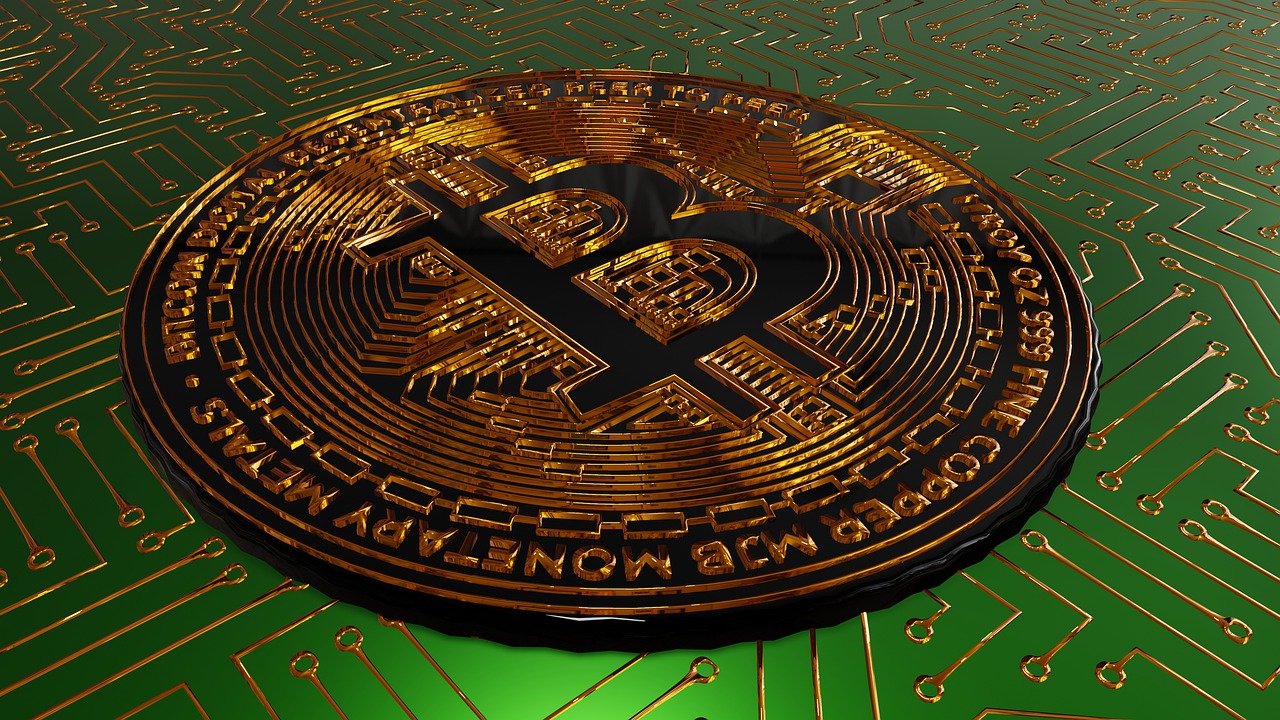 Bitcoin for almost the past month has been consolidating within a very limited range, roughly between $28k to $31k. The tragic fall after Terra UST’s depegging fiasco has hit every coin in the market, including the flagship cryptocurrency. And, looks like it is set to continue.

Why, you may ask

On the technical front, Bitcoin’s price recently attempted to breakout of this three-week-long consolidation region. But unfortunately, it was immediately rejected and it fell back into the range. This very clearly shows the lack of strength on the upside for BTC.

Moreover, volumes have been poor and even the RSI has been trudging along rather sluggishly. 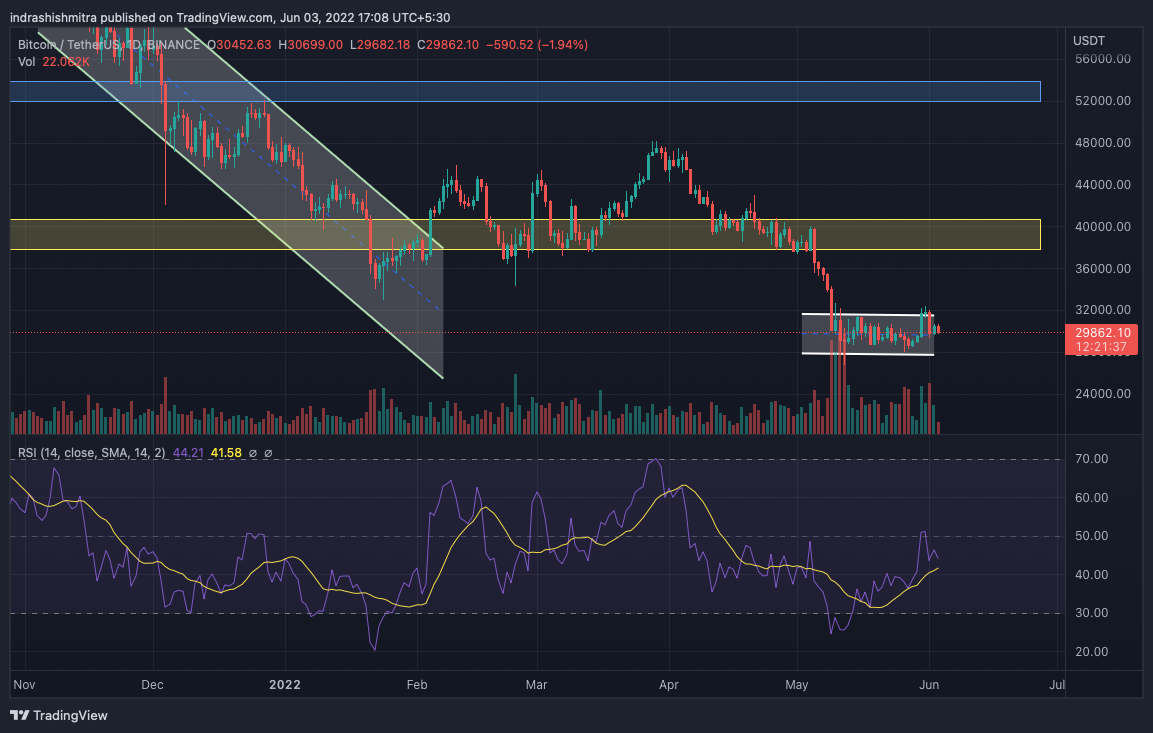 Besides that, liquidations data from Coinglass.com also depicted a worrying sign. The near 8% correction on 1 June after the rejection of the range breakout was followed by huge long liquidation in Bitcoin.

Nearly $336 million worth of Bitcoin’s long positions were liquidated. And, this was the single largest liquidation day in the past three months

However, not all is doom and gloom. Bitcoin’s 14-day average of Put/Call Ratio stood at 0.68, during press time. This suggested pullback towards the upside could technically be possible due to the near oversold situation. Or, if nothing else, at least a further drop from current levels shouldn’t be too harsh. Thus, this brings about a good value proposition with a good risk-reward scenario. 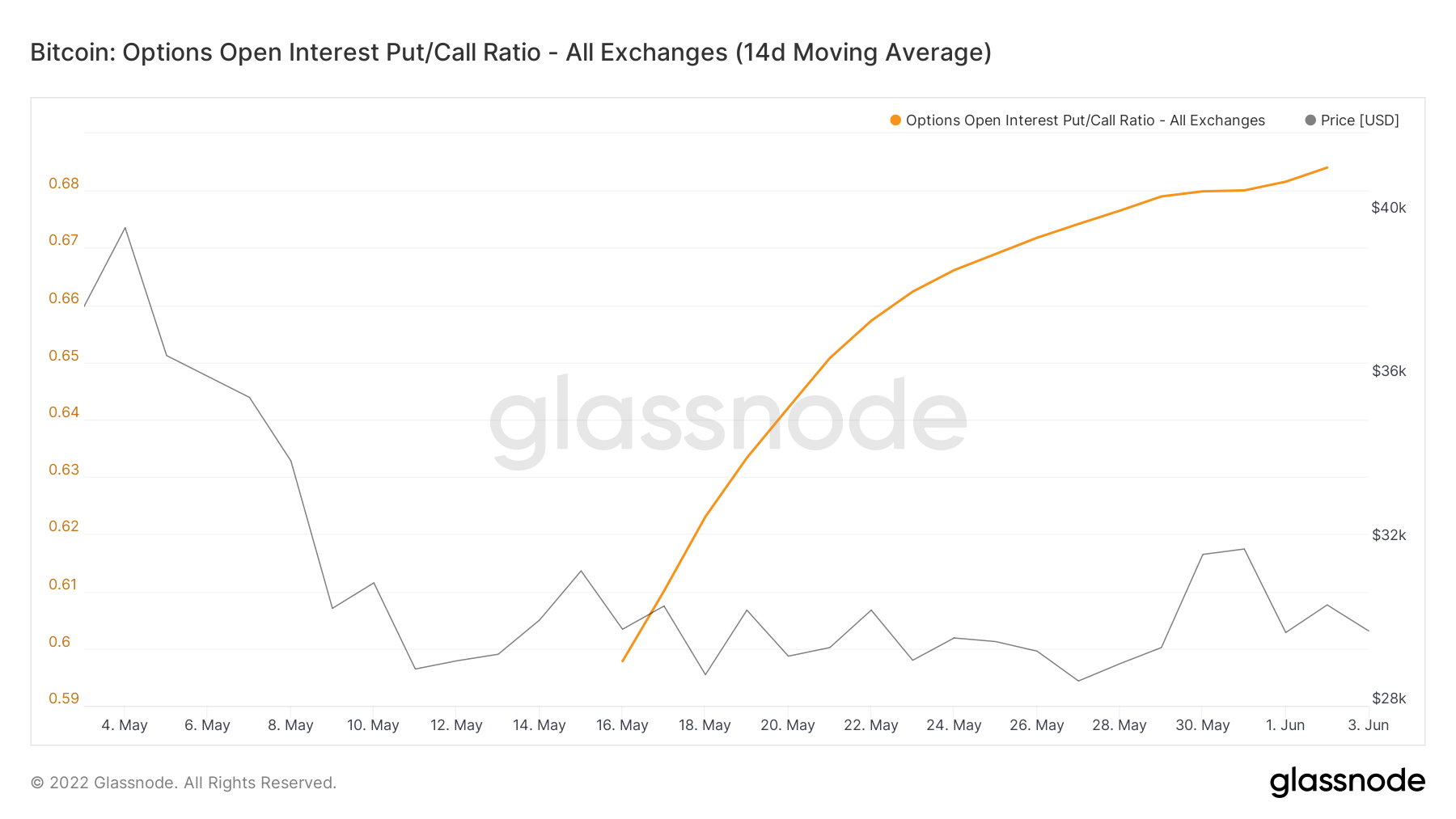 Along with that, data from Glassnode also suggested a 14-day average of Perpetual Futures Funding Rates on most major crypto exchanges offering derivatives to be in the positive zone. Thus, hinting that these derivatives traders are paying to hold on to their long positions. This, in effect, confirms the above hypothesis of a good value proposition. 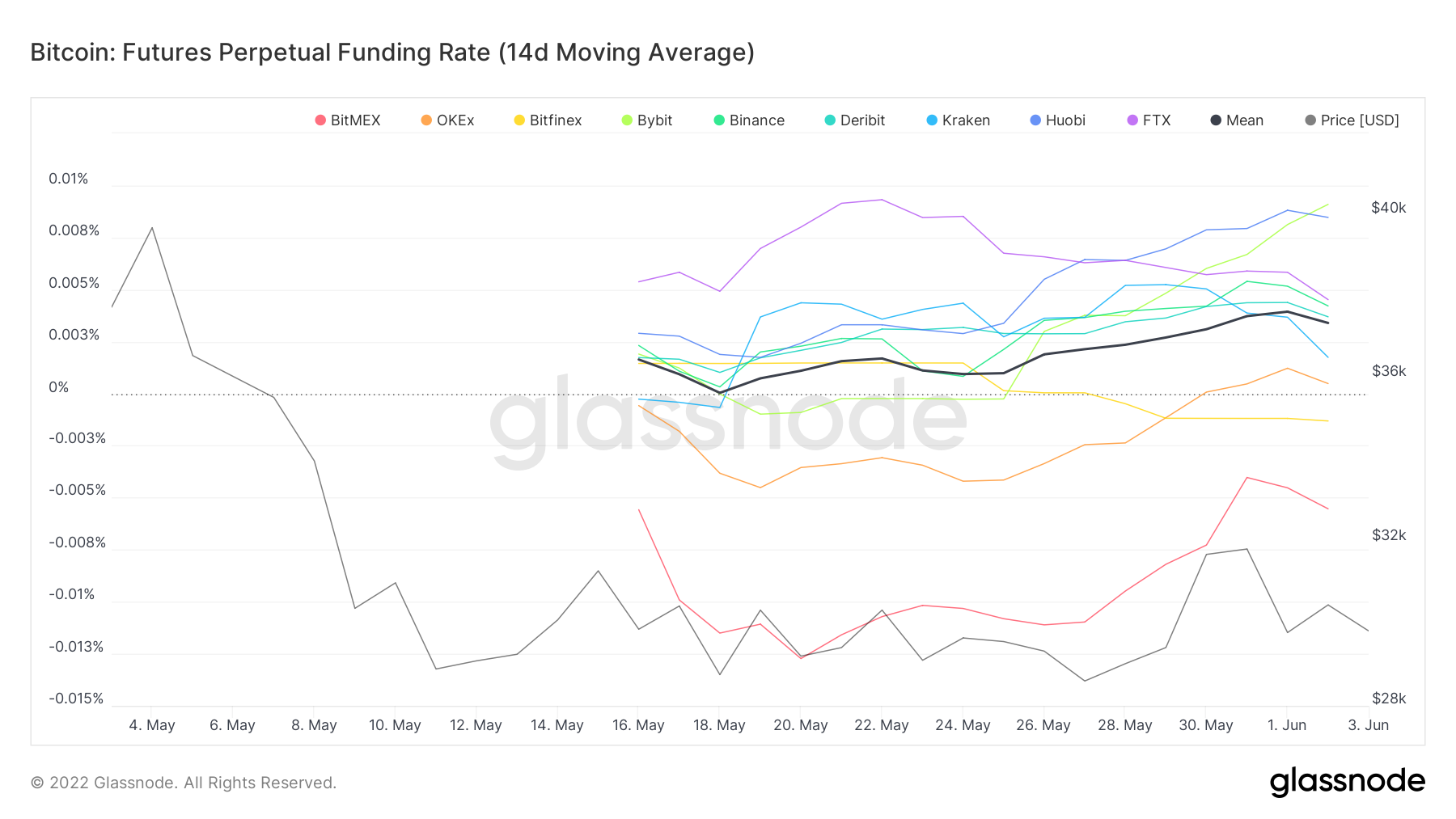 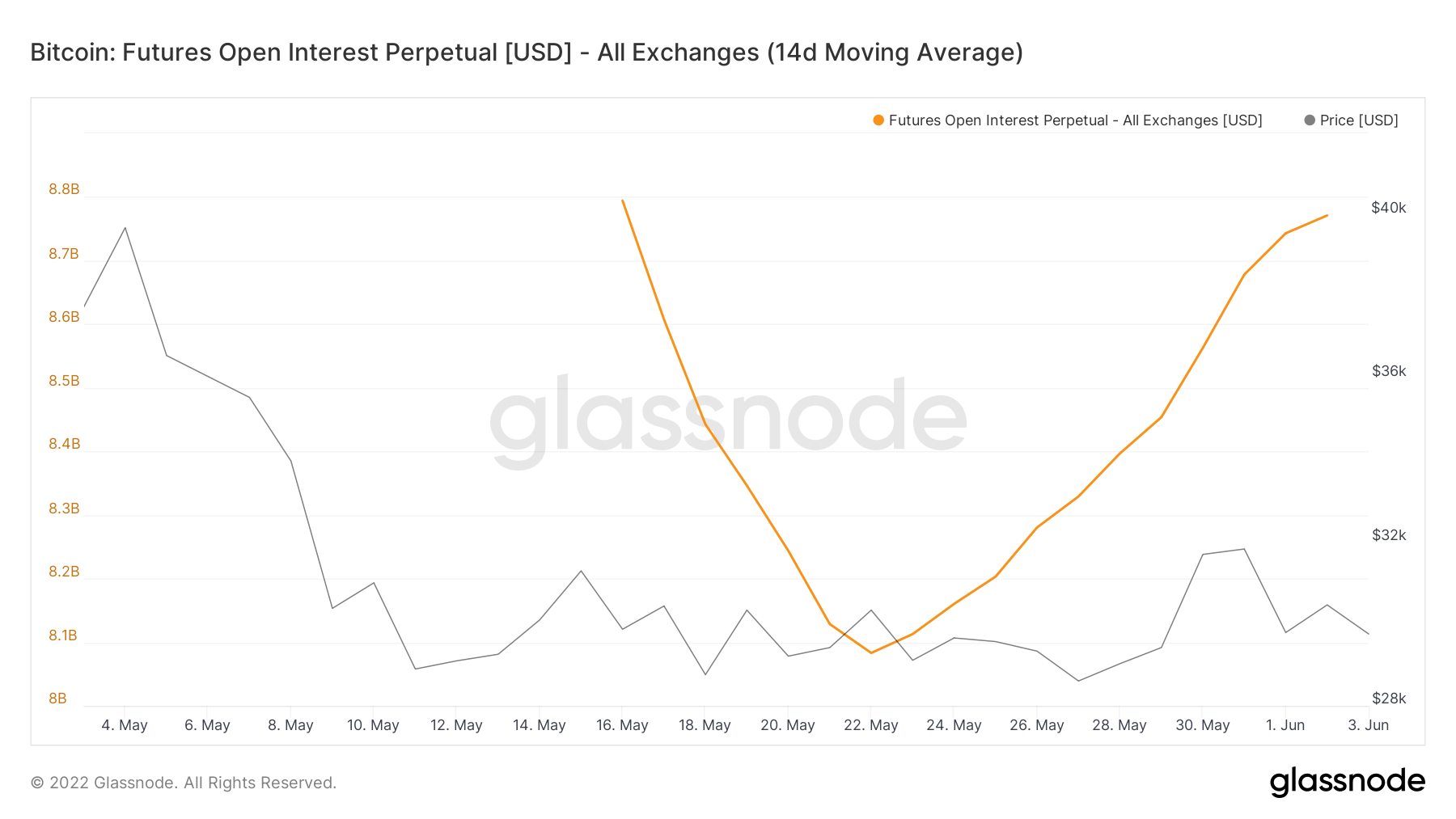 Therefore, it seems like Bitcoin may be in for some positive tailwinds thanks to its favorable oversold situation. However, it can also be agreed that the upside probably won’t be coming anytime soon. In all probability, a continued consolidation phase could occur before any major action is seen.

Hence, as mentioned in one of our earlier articles, an options trading strategy that takes advantage of a range-bound market – deploying short strangles or iron butterflies would be the best way to go ahead.

But it would be solid advice to do your own research before you try out anything such as this. Options trading requires reasonable experience and understanding; jumping right in without proper knowledge can be financially fatal.

Chainlink: How to take advantage of LINK as it approaches the crucial $6.3 zone