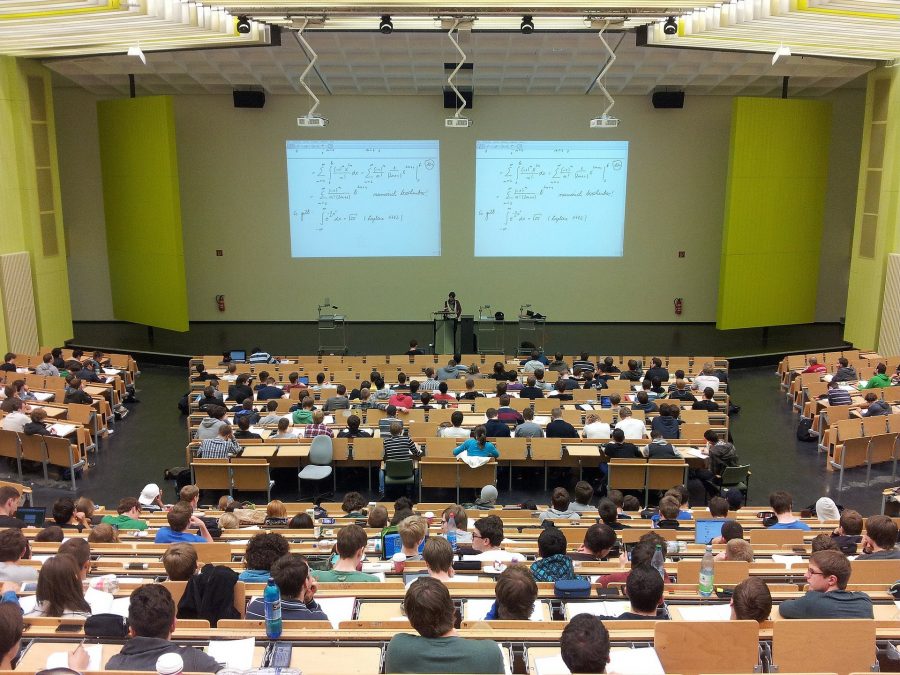 I grew up in a town where people were placed in a social caste-system based on what University they got accepted into.
Of course, growing up in the state of Florida, you were at the top of the food chain if you happened to get accepted into the University of Florida or Florida State University. On rare occasions, some individuals would go to private universities or receive an athletic scholarship. These individuals that were going to top-tier institutions would boast about their respected schools, wearing apparel with either a Seminole or Gator on it. These people on top of the food-chain had their lives planned out and were going places.
Now there were people that did not get accepted into major universities but still went on to pursue their education at either a local university or another university in another city that fell among the same tier. These individuals fell in the middle of the food chain, where you just stayed in your lane and do not dare speak about anything relating to college or else someone will always remind you that you did not get accepted into a major university. Now there is nothing wrong with going to a university that is not as popular as these colleges that you hear about on TV or watch on ESPN competing for a National Championship. It is only the mindset of young teenagers that only select universities are worth mentioning, and if you were not among them, you were nobody.
Then there is the bottom of the food-chain, community college students. The individuals that barely get through high school and still seek higher education. The individuals that feel embarrassed when they are among their peers and someone brings up the topic of colleges and universities they plan on applying for or attending. The individuals that do not exactly have the resume to even bother being looked at by any sort of university. The high school students that were considered the scum, and were only said to be good for flipping burgers or delivering pizzas. This is where I fell among this caste-system.

“So where did you get accepted?”

The very first second that my senior year of high school started, everyone talked about colleges and careers. Better yet, it lasted all one-hundred eighty days of high school.
It was torture walking around through hallways of my high school knowing I was considered a deplorable because I was not going to continue my education at a major university. Nearly every day of high school, I had to walk past a board of post-it notes that had students names and their respected universities right under it. I was just hoping that no one would ever ask me why I was not on the board.
Now, I did not just barely graduate high school with a 2.00 grade-point-average. I did not score below average when it came to standardized testing such as the SAT and ACT. I did not disturb classroom settings and got in trouble [very often]. However, I did in fact not take school seriously enough. I decided that some classes were not worth my time so I did not show up. I did not think that not doing a couple of assignments would hurt me. I did not opt to be a part of extracurricular activities or attempt to play sports. Long story short, I was a lazy teenager and three years later it really ended up hurting me.
So here I was, graduation day, wearing a “College Ready” cord around my neck, but not having a college to go to.

I started community college earlier than most people did. I secretly enrolled in the local community college and attended my three-hour lecture courses in the summer after graduating high school; all the while my own girlfriend and friends did not know. I always steered clear from the topic of college and had to make up reasons for not being available for being busy certain times of the day. It felt embarrassing.
For my entire two-years at the local community college, I told myself I was better than this and that I was smarter and worked harder than any University student I knew [this may be a lie because I befriended some very hard working individuals]. It just felt wrong and disgusting to be sitting in a community college classroom while my friends are having the time of their lives in a college town. It made me start regretting my four years of high school.
Now, I do believe I should have done things differently as a teenager in high school, but I certainly did not end up regretting my two-years in community college.
I may not have been able to stand in a crowd of over eighty-thousand people during a football game, go to college parties, or just do typical college student activities, my life completely turned around during this two-year process.

The initial thought process I had about finding a job was that “I will just intern during college and then start my career.” Wrong. No one likes being broke, more importantly, girlfriends do not enjoy dating someone that is unemployed or broke [I only say that because a lot of college students are unemployed and have this source of income called “mommy and daddy”].
I did not receive my first real job until I graduated high school. I know many people start working at the age of sixteen, but I was a special case. Special meaning, I did not have a car and did not have the means of acquiring a car. With that being said, I had to eventually borrow my mother’s car just to go be miserable and flip pizzas all night long for minimum wage.
Let’s just imagine. I was working fast-food all the while I would log into social media and see former classmates partying away and enjoying the advantages of being a college student. You could imagine how depressed someone could be in that situation.
Gradually I moved up, very slowly. I ended up working at a local restaurant [mainly dishwashing but that is beside the point].Then slowly creeping into the world of retail, which beat touching food all day.

Relevance to the Title

Now I am here to tell you about how I write my essay which made me a better person [in theory] after going to community college.
Hypothetically, what if I was just like the teenagers on top of the food chain, on my way towards the University of Florida or wherever people dream about going. What if I ended up spending my first two years out of high school living in a college town. What if I had pulled out loans just to take general education courses. What if the only job opportunities around me were plebeian, minimum wage jobs.
Who knows how life would have been if I were to have taken high school more seriously and really cared about academia. Maybe it would have been the same.
Reflecting on my two years after high school graduation. I have witnessed my past friends and former classmates drop out of universities due to their grades. I have witnessed people transferring down to community college in hopes that their grade-point average would improve [it didn’t]. I have witnessed people change majors multiple times because of the difficulty. I have witnessed people that still cannot find internships or stable jobs.
Maybe staying home was the best two years of college for me. My grade-point-average is now higher than the former classmates that were decorated with cords on graduation day. My resume is flooded with volunteer and charitable work. I currently intern for a U.S Senator. Last but not least, for a period of time [before coming to Florida State] I was being paid more than some college undergraduates.
I owe everything that I have accomplished and the person I have become due to community college, and to hell with every former classmate from my graduating class that said I wouldn’t make it.