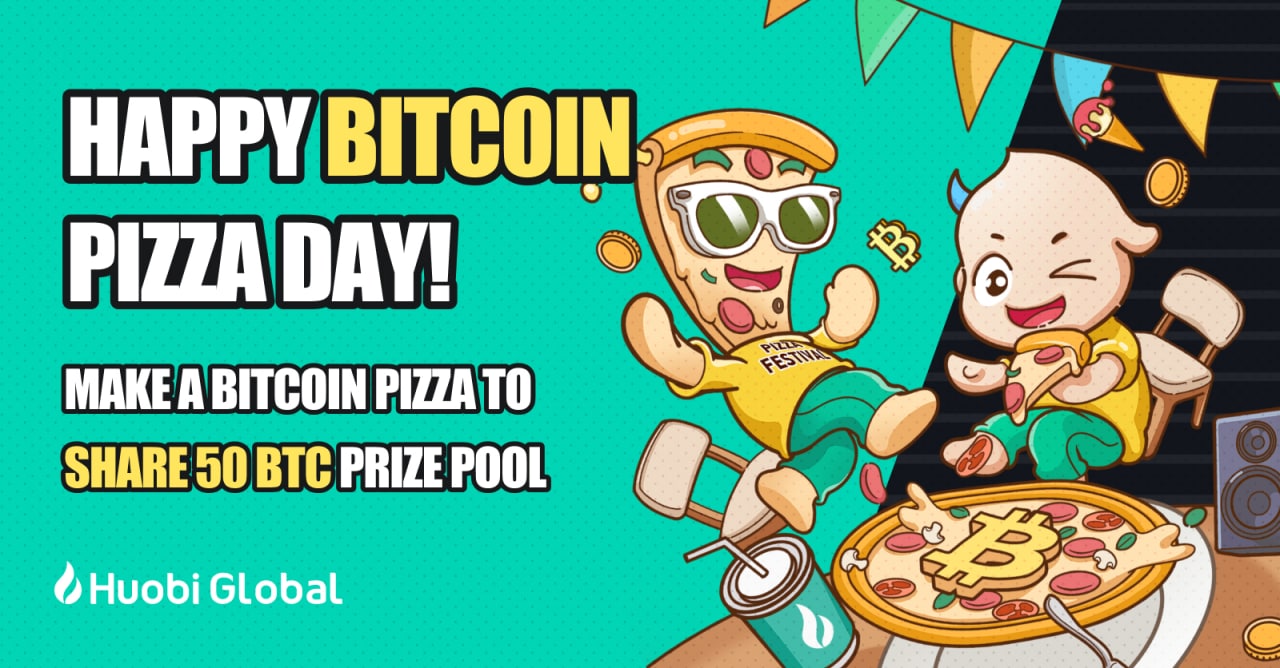 Bitcoin Pizza Day was celebrated to commemorate an early cryptocurrency enthusiast who purchased two pizzas using Bitcoins on May 22, 2010 — an event that became widely and fondly known as the world’s first physical Bitcoin transaction. Since then, the value of the blockchain as represented by Bitcoin has gained recognition worldwide. On this day, various events are held to commemorate the first physical Bitcoin transaction and the role the Blockchain is expected to play in the near future.

Apart from cards, Primebox BTC shards can be found and collected on the event page. 10 collected shards can be exchanged for one random ingredient card. Users who have not claimed their Decentralized Identity (DID) can claim one to win a Pizza Day NFT, which can be used as an avatar on Huobi. All Pizza Day NFTs are minted on the HECO chain and can be traded on the Huobi NFT platform.

From 12:00 (UTC) on May 19 to 12:00 (UTC) on May 26, Huobi Earn, a program dedicated to giving users high APYs for their deposits, will release a limited period deposit plan which enables users to get higher interest rates than usual. During this period, users who perform a certain number of trades will also have the opportunity to obtain Primebox cards or earn coupons that provide interest rate boosts for deposits by up to 8%.

CandyDrop, the token airdrop event that Huobi launched to incentivize active traders also provides  more ways for users to  participate in the Bitcoin Pizza day event
1. When users register for  CandyDrop events, they get chances to obtain ingredient cards. Having five different ingredient cards will allow users to bake a Bitcoin Pizza.
2. BTC shards will appear randomly on the CandyDrop page. Users can collect 10 shards to exchange for an ingredient card.
3. The Primebox rewards include CandyDrop sure-win tickets and double-chance coupons.

As a world-leading company in the blockchain industry, Huobi Group was founded in 2013 with a mission to make breakthroughs in core blockchain technology and integrate it with other industries.

Elrond: Credits for EGLD’s over 30% recovery on the charts goes to…