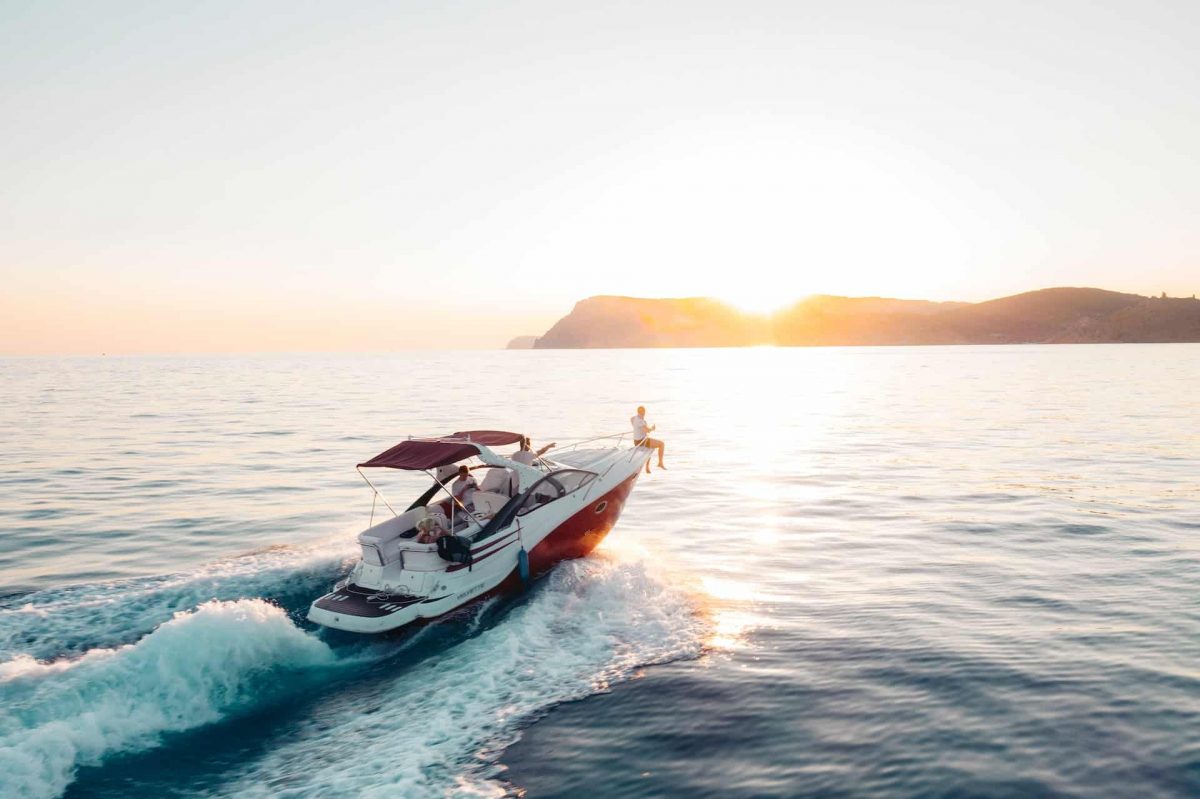 Huobi token, the native token of the centralized exchange Huobi, has been witnessing a tremendous surge that looked to go against the general bearish trend of the market.

While the specific cause of the latest upswing remains unclear, its inception can be traced to recent events in the Huobi ecosystem. Huobi’s founder, Leon Li Lin, recently sold his shares to About Capital, a Hong Kong-based asset management firm,  and the deal came with a promise of further investment into the exchange.

Huobi will receive a substantial infusion of funds into its margin and risk provision fund and have access to a worldwide strategic advisory board composed of prominent personalities in the industry as a result of the deal.

Sequel to the sale and the plan to assemble strategic and influential individuals in the crypto space, the exchange hired Justin Sun and other advisors with the goal of increasing the token’s worth. As a result of these changes, investors began allocating more capital to the utility token used by the exchange. The recent uptick might be attributed to other investors buying into the hype to take a profit.

HT’s live price movement on a daily timeframe, at the time of this writing, showed that the asset had increased by more than 14%. It opened at $6.25 and was trading at over $7.

During the same timeframe, the Bollinger Band displayed a significant stretch, indicating that the asset was experiencing considerable volatility.

The token had climbed by almost 99% from the last support level shown on the chart, according to a look at the price range.

As the price continued to rise, it had broken through the resistance zone between $5.43 and $5.85. The RSI line was in the overbought region This suggested a bullish trend but also that a correction might be on the horizon. 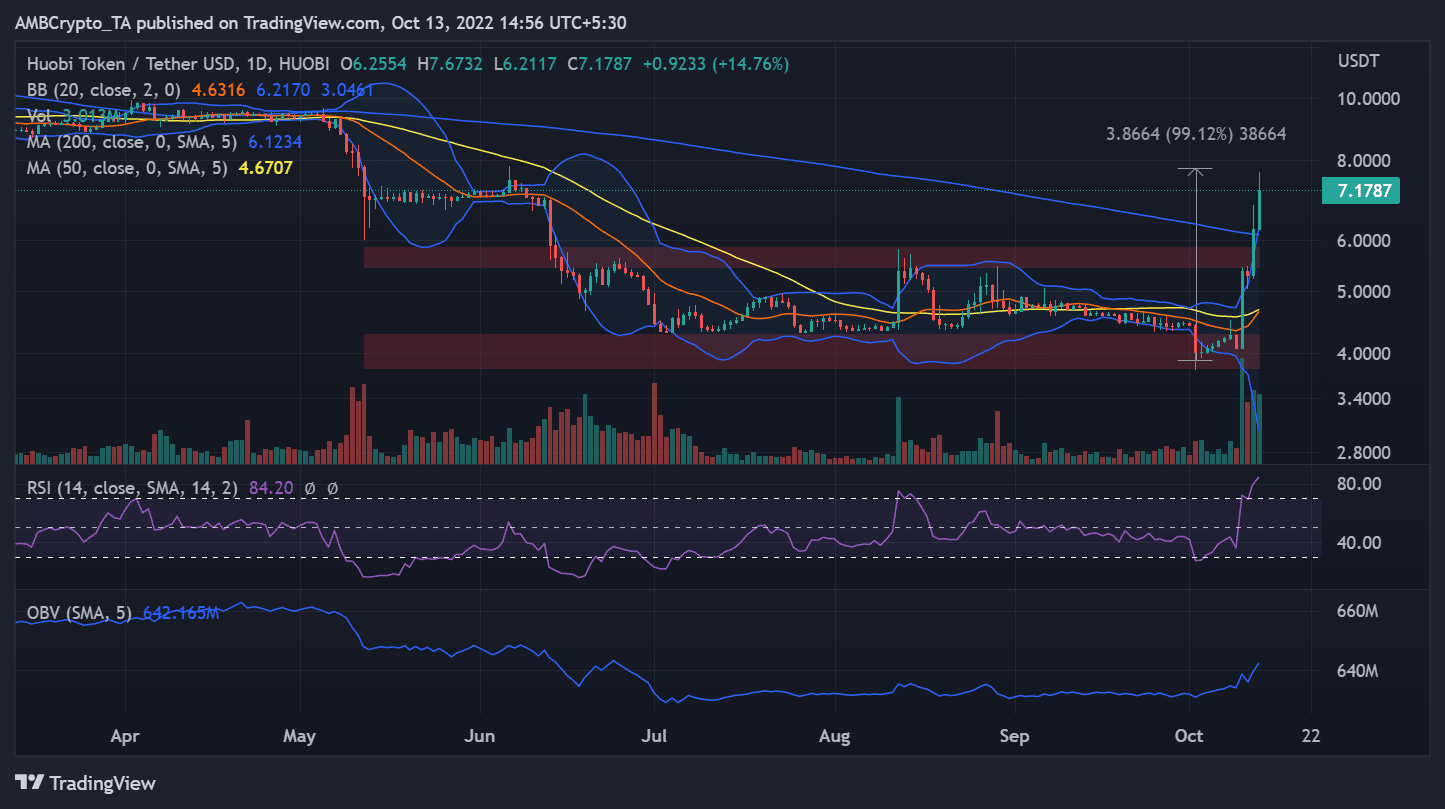 The yellow and blue lines, which represented the short and long Moving Averages (MA), respectively, showed that the price had surpassed both of them.

Despite the uptrend being visible, the short MA could be observed below the long MA, which indicated a less-than-stellar price rise.

However, a review of the 12-hour timeframe revealed that the short MA was close to crossing the long MA, which would indicate a stronger bull run. 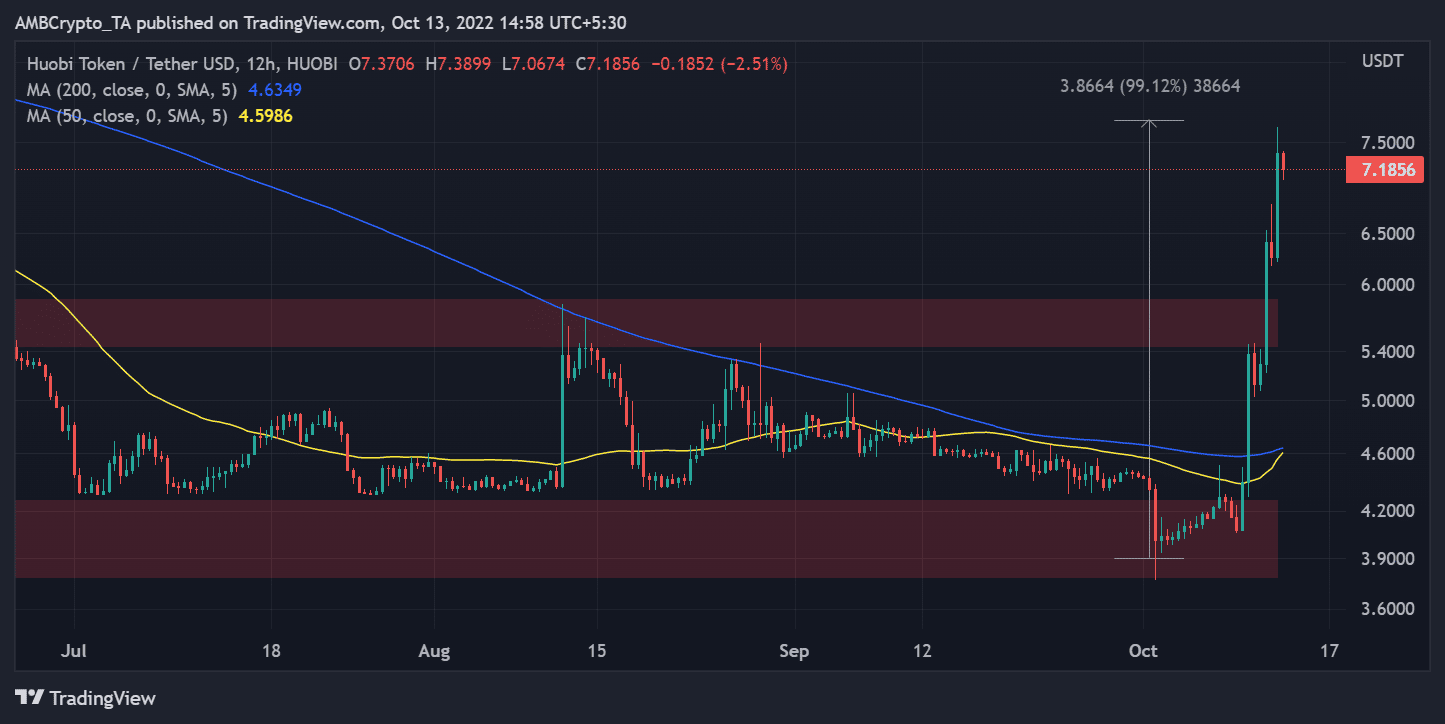 There appears to be an approaching correction based on the current trend. However, if investors are still keen to buy, the current stage may represent a good buying opportunity, especially when taking the 12-hour MA into account.

A further upward movement is anticipated once the short MA crosses the long MA, and investors should watch out for the death cross.

Related Topics:HTHuobi Token
Up Next

BNB is ideal for long-term investment, thanks to quarterly burn highlights