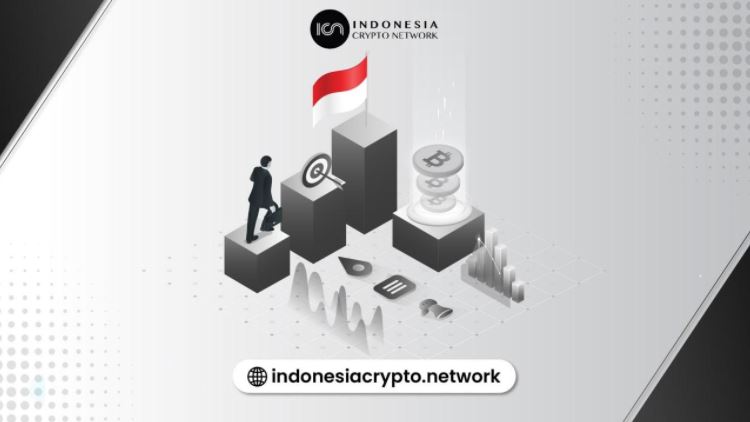 The country is witnessing widespread use and adoption of cryptocurrency thanks to key players who drive user growth in its populous islands. The government’s interest in providing a seamless, headache-less crypto platform with clear favorable regulatory practices is also one of Indonesia’s positives.

However, some key players have emerged to be the biggest positive in Indonesia’s fast-growing crypto scene. One of the most crucial players in Indonesia’s new wave of crypto adoption is the Indonesia Crypto Network— a leading agency that has been at the center of establishing cryptocurrency dominance in Indonesia.

The Indonesia Crypto Network (ICN) is a blockchain marketing company dedicated to fast-tracking cryptocurrency adoption in Indonesia. Established in 2017, ICN’s growth has been so rapid its impressive track record already includes partnerships with top names like Binance and Tezos. ICN has achieved its sterling results over the years by cementing strategic partnerships and executing campaigns targeted at Indonesia’s grassroots level.

When Vincent Poon of Bithumb exchange, one of the top trading platforms in Asia, declared ICN as the most influential crypto force in Indonesia, it could have come off as a coincidence, perhaps a bit flattering, only if tens of others had not said the same.

They have on their retinue, Indonesian crypto influencers, robust communities, and key opinion leaders. In addition, ICN owns the largest crypto/blockchain media outfit in Indonesia in Coinvestasi.com.

Its impressive range of services and influence over the past four years is further proof of its role in Indonesia’s crypto revolution. By offering so many contact points that connect the Indonesian population with aggregated information and necessary crypto platforms, ICN fills a void that is vital and is now itself a niche that cannot be done without.

Crypto in Indonesia’s media is now an established niche, a situation that did not exist about half a decade ago.

It is 2021, and Indonesian crypto enthusiasts exist in millions, relying on news aggregators, international and local news sites, as well as social media. On these fronts, Indonesia Crypto Network comfortably leads.  The blockchain marketing company sits among the top three most visited crypto sites in Indonesia, and thus commands massive traffic to its site, media channels, and platforms.

Asides from its visibility to local and international audiences, the crypto agency’s social media presence is quite unrivaled across the whole of Indonesia. With more than half a million followers across most popular social media, including about 450,000 explicit memberships alone on Facebook, ICN’s appeal to new business investors is understandable.

Other familiar local media houses like Sindo News, Tribune News, Merdeka, Viva.co.id, Crypto Harian, Blockchain Media, Suara, Republika.co.id, and a slew of others have all received content from ICN’s reach.

ICN uses its community to publish and share content such as reviews, articles on features and benefits, and partner content. Its communities have been very influential in major campaigns for Remitano, Tezos, and even Binance.

Aside from its colossal communities, Indonesia Crypto Network has the largest network and pool of Indonesian crypto influencers. Its combined subscriber base on YouTube alone, alongside ICN’s channel, is over 200,000, and it keeps growing.

Some of the most notable influencers in ICN’s pool include Dhewan Pratama, Om Ehan, who both command more than 75k subscribers each, Aries Yuangga, The Jonos, Cryptocurrency Indonesia,  and the versatile Auto Sultan.

The rich influencer pool at Indonesia Crypto Network has recorded this much success only because of its complex strategies that emphasize traction and adoption just as well as the quality of service.  By curating dependable tutorials, video comparisons and walkthrough videos to millions of Indonesian audiences — again — ICN’s position as a necessity in Indonesia’s crypto scene cannot be understated.

Roadshows and What Lies Ahead

A crypto wave is whizzing through Indonesia. It is swirling across the streets of Jakarta,  Java, Bekasi, Batam, and into  the nooks and crannies of Indonesia’s farthest places.

At the heart of this wave are major players like the Indonesian Crypto Network.  They tug, they pull the strings. They sweep along with the wave. They organize roadshows.

ICN has hosted hundreds of events and roadshows across the nation over the last couple of years. It has also organized the most crypto-oriented events in the country, hosting tens of thousands of Indonesians, and touring cities.

Some of the summits the crypto agency has held in recent years include the popular Coinfest, Coinfest Asia, FINHACKS 2019, Cumlaude Crypto, and Indonesia Blockchain Roadshow to name a few. Its mission has not ended, and just as its campaigns are ubiquitous on Indonesia’s internet, they are also as fervent on the roads. The crypto wave continues from city to city, from dock to dock, from roads to roads.

What lies ahead, than more explosive crypto adoption?

Underwhelming week for Maker, but here’s why it’s not all bad news