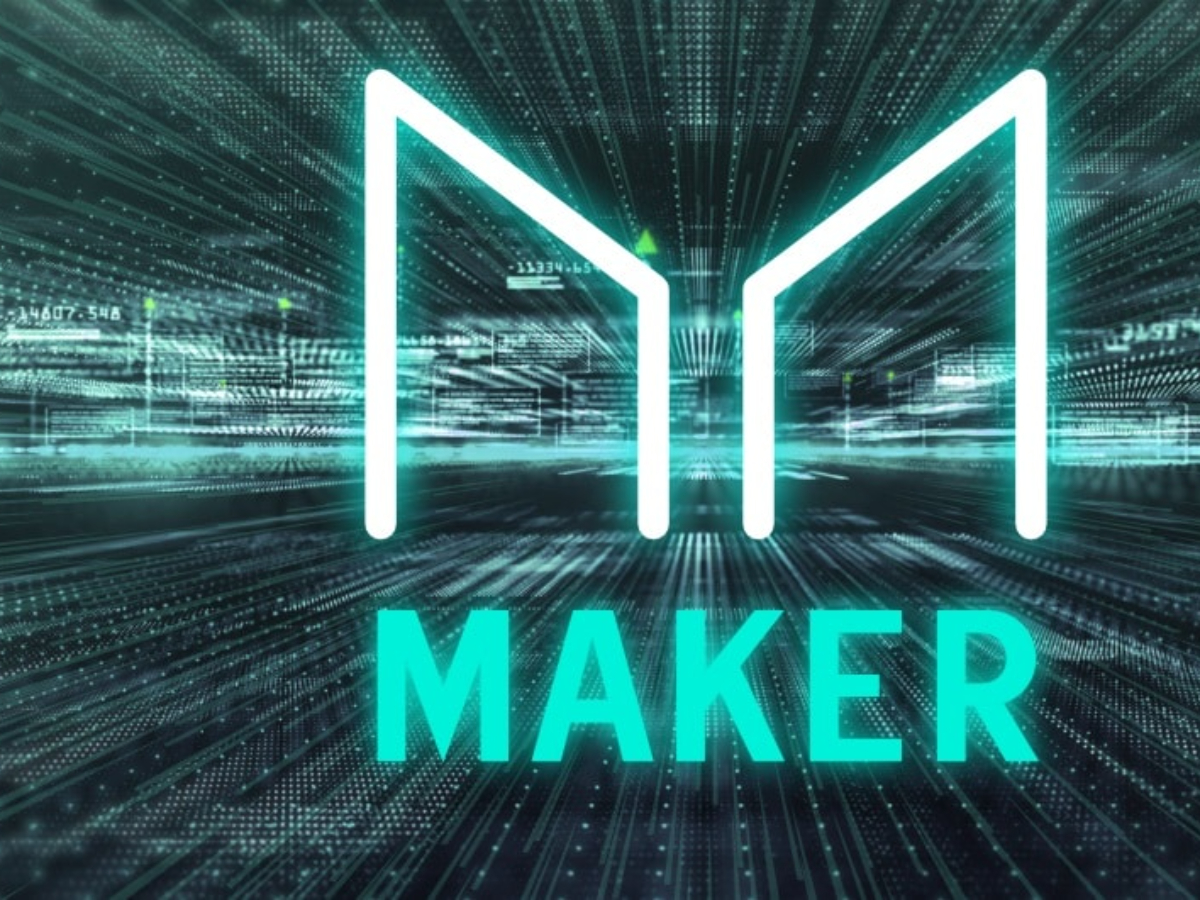 As the second biggest DeFi protocol in the crypto-market Maker has a lot of eyes on it. The protocol’s growth over the past few months has been stellar. Alas, it was this week, in particular, that disappointed investors the most.

The most important question that remains is this – Can Maker actually recover from this?

Well, out of the top-performing DeFi tokens, it was Maker that registered the most losses this week. In just a week, the DeFi protocol lost $2.1 billion in total value locked (TVL) on-chain.

But, this loss in TVL was instigated by no one other than the investors themselves as their rising figures suddenly went down. Active addresses, after spiking sharply to 500, quickly fell by more than 40% in just a week. 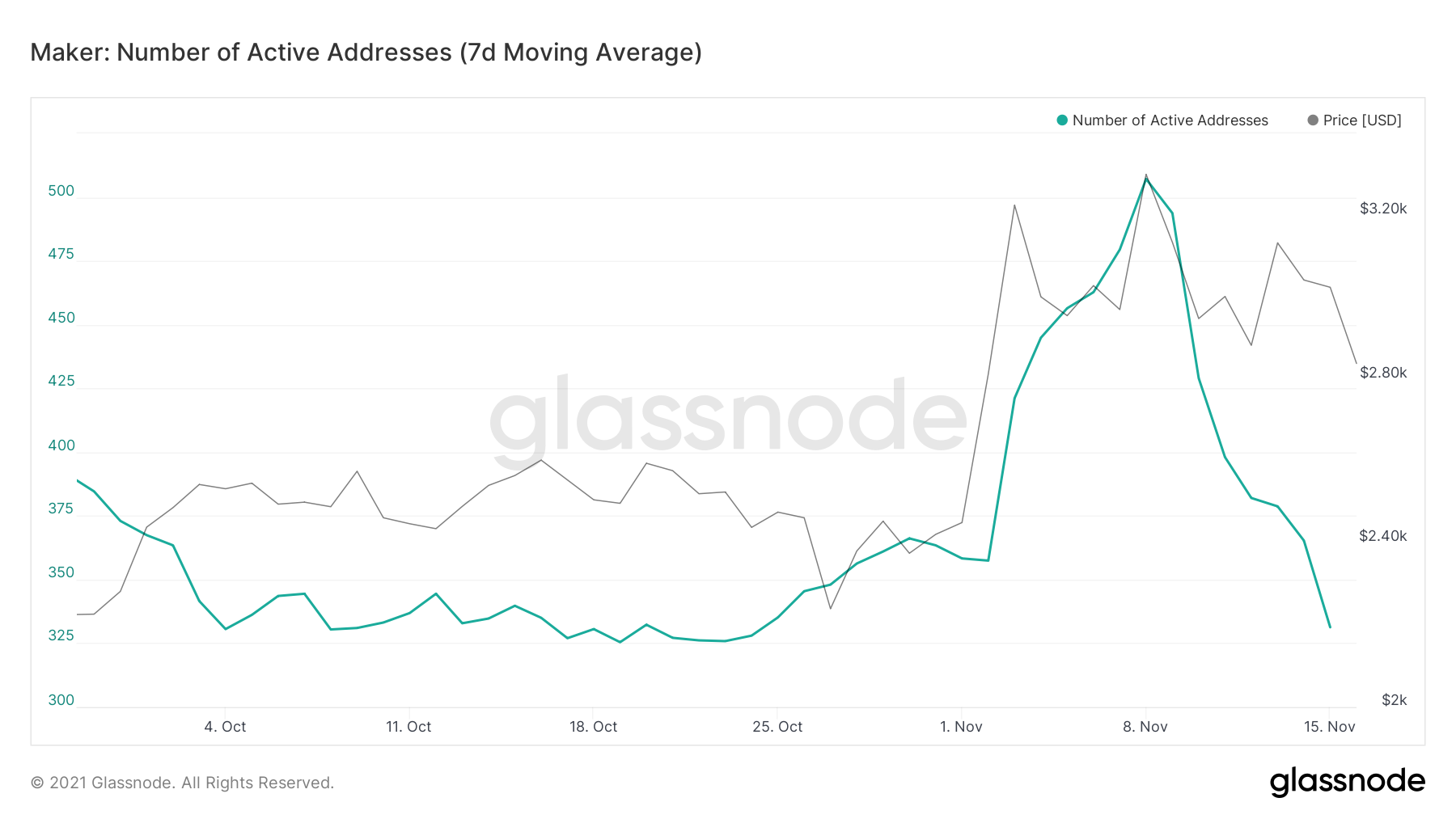 This also contributed to the velocity falling to its lowest level in November. However, the last couple of days weren’t the first instance of investors’ random behavior either.

Due to the high volatility of MKR in the month of November, there were times when MKR rose by 14% and at other times, fell by 10%. Along the same lines, the previous week saw MKR fall by 14.15%. Consequently, the market’s investors suddenly moved their holdings. 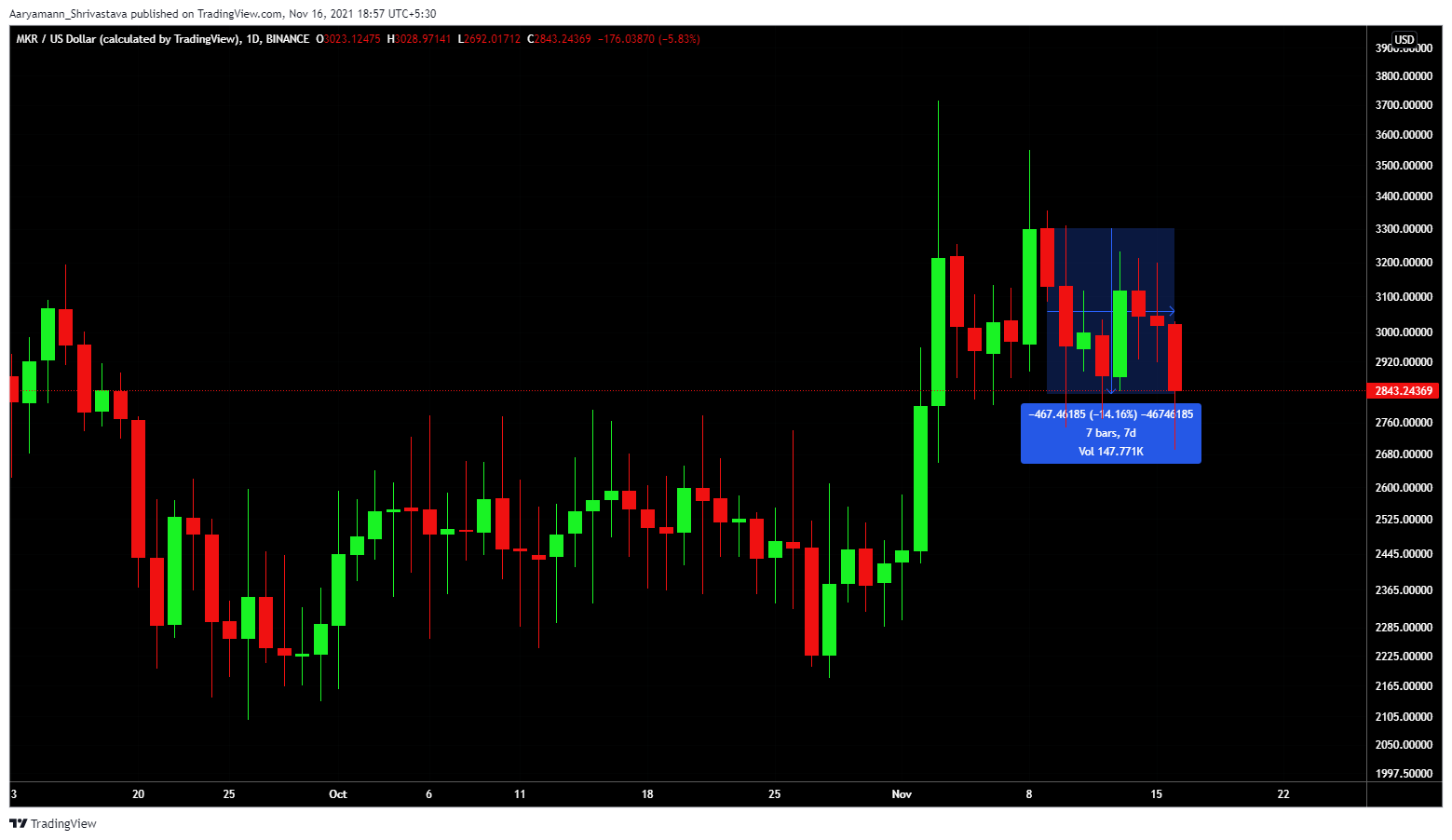 This is also why this month registered the most spikes in transaction volumes than any other month since the April – May rise and fall period.

But, it wasn’t just traders who were active in buying and selling. Whales too, on multiple occasions, were seen making transactions worth almost $100 to $300 million.

This isn’t as surprising knowing that more than 50% of all MKR supply is in the hands of whales. In fact, the top 1% addresses hold 95% of all supply. 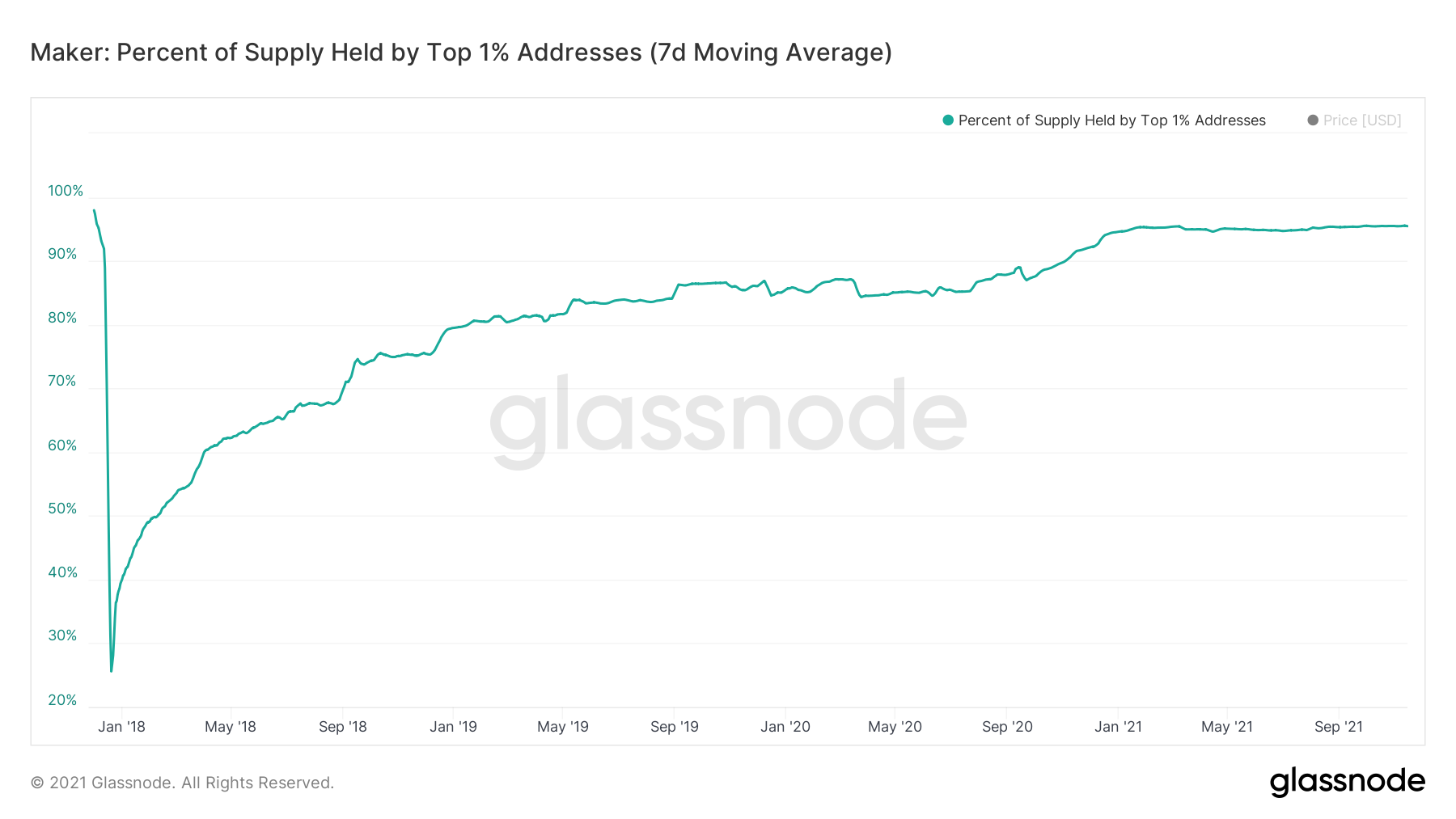 Even so, since the beginning of this year, investors have been in solid profits. Up from 20% in December last year, currently, over 81% of all holders are enjoying profits. And fortunately, despite a bad week, only 1% of the profitable holders recorded a loss. 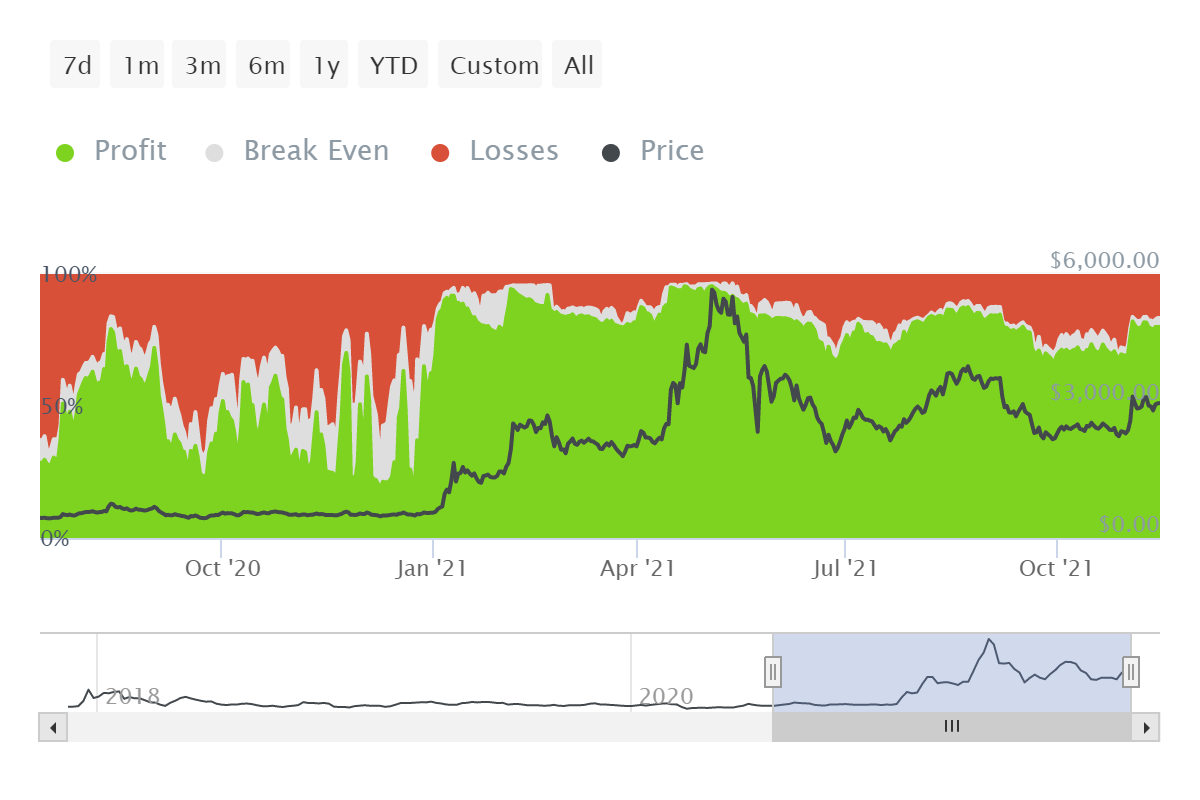 Ergo, the altcoin may have had a bad week on both DeFi and spot fronts. But, on the macro scale, there is hope for recovery and anticipation around the rise of Maker as long as the market doesn’t see any sudden dumps by whales.