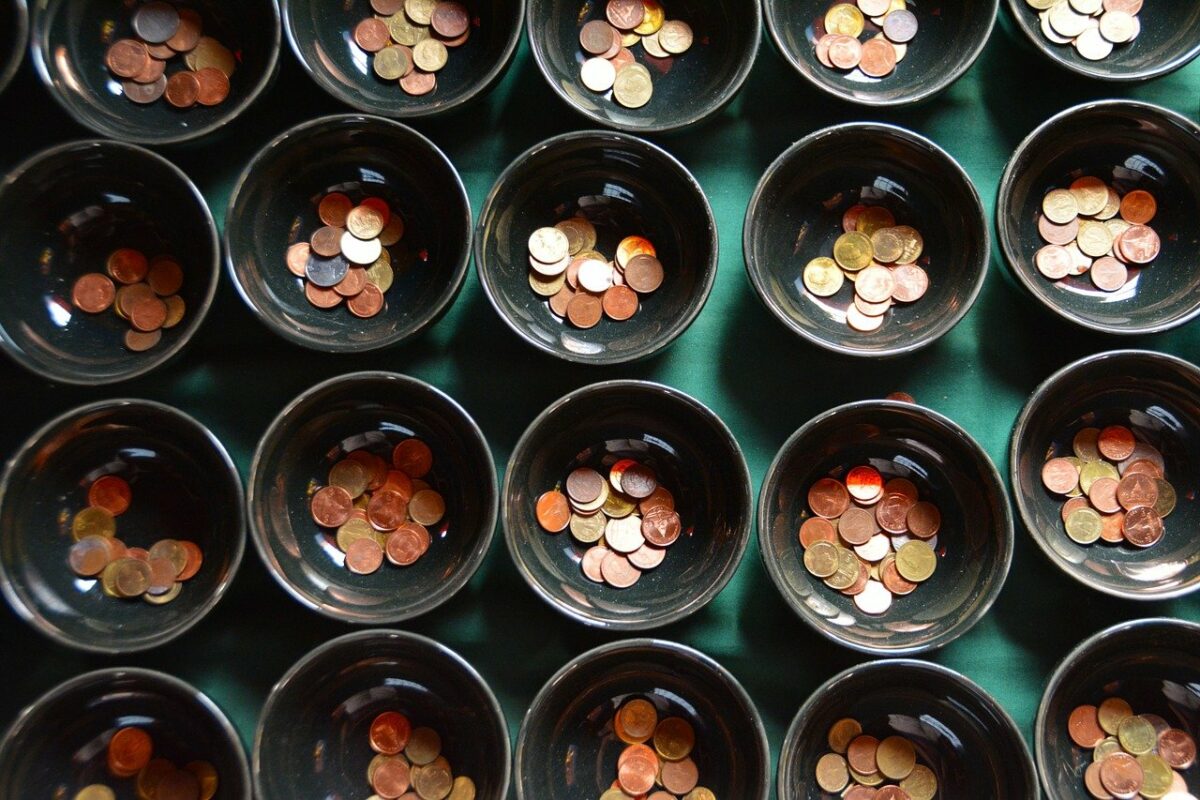 One of the biggest indicators of cryptocurrencies entering the phase of mainstream adoption was the overwhelming institutional interest over the past couple of years. Consider this – Cryptocurrency funds received capital inflows of around $9.3 billion in 2021 alone, most of which originated from institutional investments.

In September 2021, Fidelity found that around 52% of institutional investors held Bitcoin or some other cryptocurrency in their portfolio.

However, a lag between institutional investments and public announcements clearly exists, something that makes it hard to ascertain where the industry really stands. A new report by CoinMetrics has tried to analyze such trends in investment interest and adoption of crypto-assets by combing through the U.S Securities and Exchange Commission’s filings over the last decade.

This, because securities laws in the U.S mandate publicly-traded companies and other investment firms to disclose their holdings and quarterly financial results.

Surprisingly, ever since Bitcoin surfaced on an SEC filing in 2011 for the first time, the top digital asset has been mentioned in 11,510 SEC filings by 2,169 unique filing entities, according to the report. It noted,

“As more institutions and crypto companies from exchanges to Bitcoin miners receive debt and equity funding from public markets, the amount of filings mentioning crypto are increasing.”

Much of this has also been fueled by the emergence of BTC or crypto-focused funds such as Grayscale, along with crypto-focused publicly traded crypto companies. Especially those involved in mining activities.

For instance, around 40 mining companies are listed on exchanges in the U.S and Canada. Moreover, huge investments by other listed companies whose main area of focus is not cryptocurrencies, such as Tesla and MicroStrategy, have also put the asset class in the SEC’s depository.

Nevertheless, that’s not all. An interesting trend the report underlined is the correlation between the prices of top cryptos like Bitcoin and Ethereum and the number of filings that mention these coins. 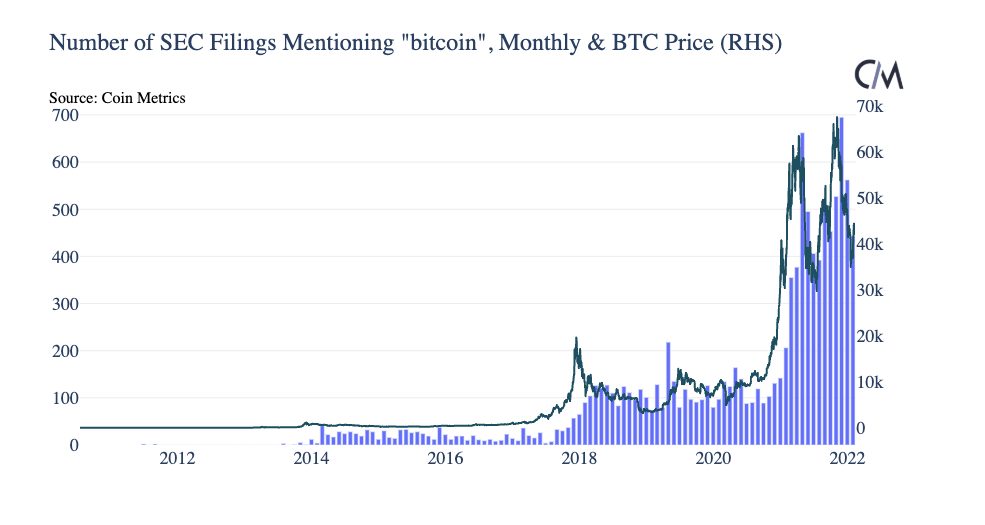 Since these mentions have historically been tracking market prices, bull runs have naturally seen more such activity. It should also be noted that while terms like Bitcoin, Ethereum, and Blockchain were fairly rare once, they became a frequent occurrence after the 20171-8 bull run.

Similarly, “mentions increased dramatically” in 2020/21 when crypto prices skyrocketed. They have since flat-lined due to larger market corrections. 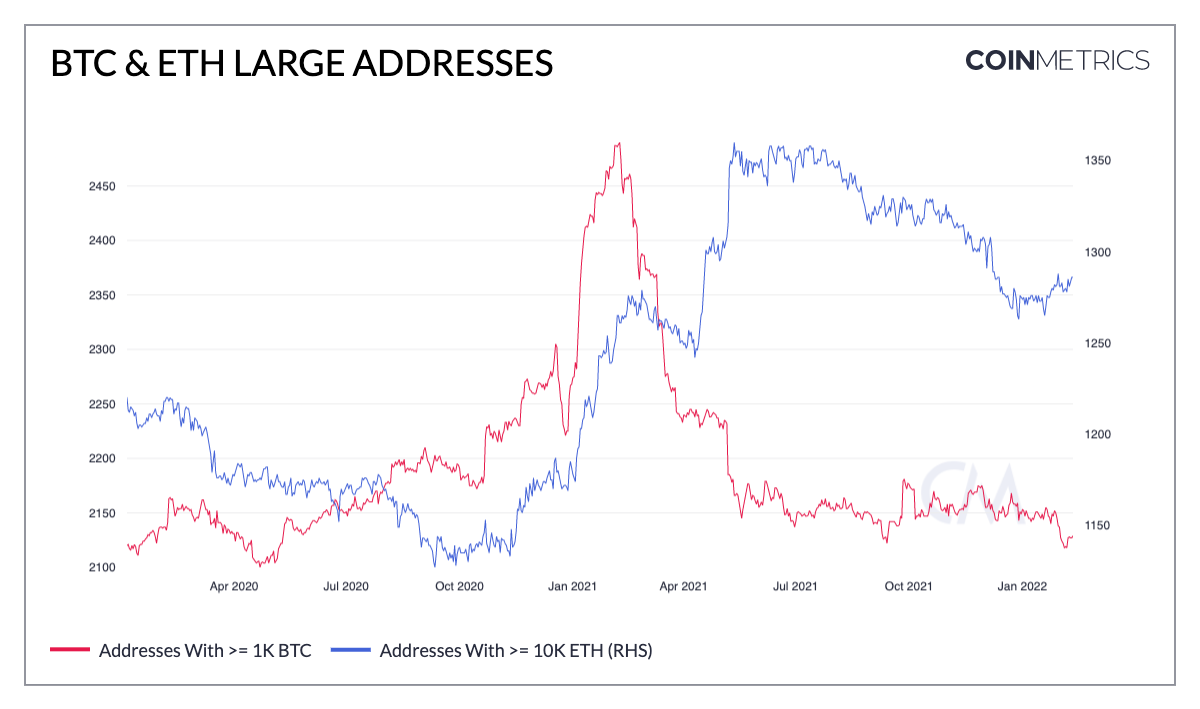 A similar decline in institutional interest can be seen industry-wide, with the report stating,

“Going into 2021, the number of addresses holding high balances of BTC and ETH rose, aligning with anecdotal evidence that institutional interest was picking up then. However, the trend seemingly broke during the second half of 2021 by this measure.”

While crypto’s growing institutionalisation has become evident, so has its tight correlation with price swings. Evidently, the number of 13F filings, through which larger investment funds disclose their holdings to the public, increasingly started to mention Bitcoin towards the beginning of 2021. Alas, it started a slow decline in Q2 and Q3 as prices started to dwindle.

Similarly, the Grayscale Bitcoin Trust (GBTC) also started to reduce its BTC accumulation last year, flat-lining a trend that had been ongoing since 2014.

The ‘beauty of Bitcoin’ and its implications for 2022