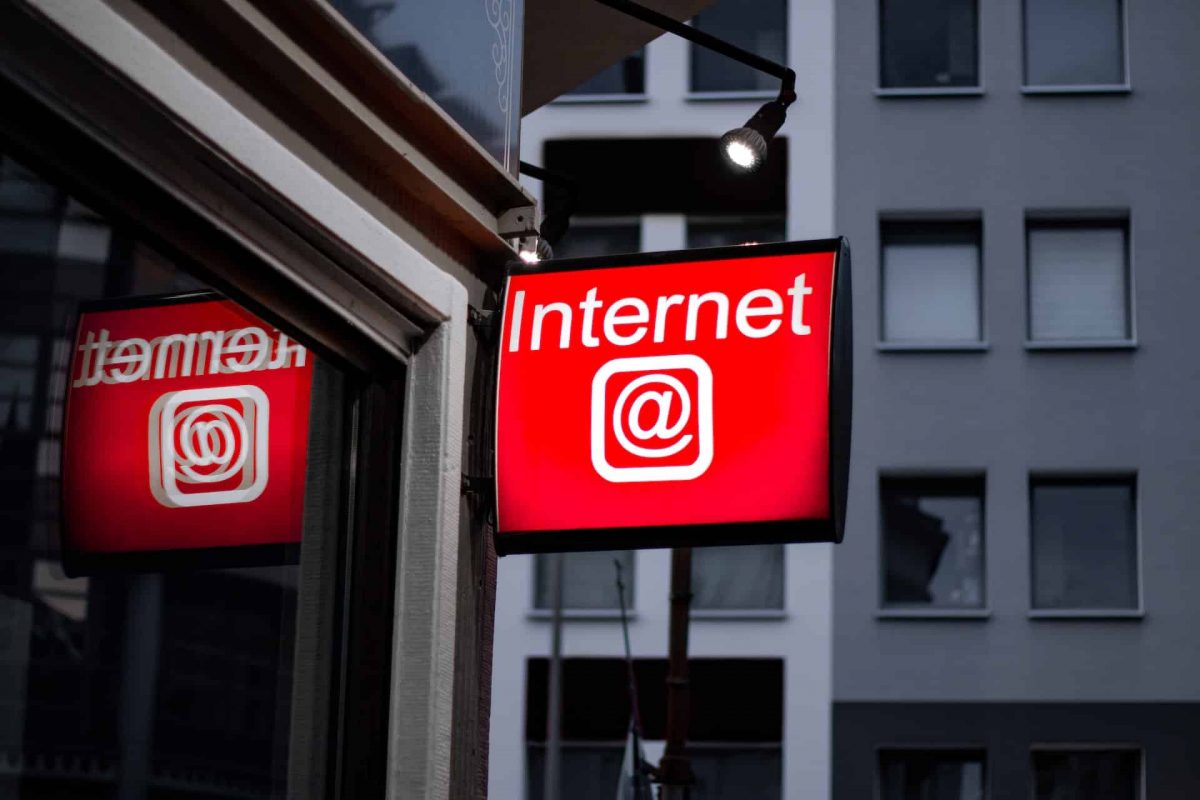 Web3 is facing an ‘identity crisis’. Due to the prevalence of bots and sybillers, a core component that ties decentralized communities together is being lost: trust.

Through the use of blockchain technology, Decentralized identities (DIDs) have the potential to solve this issue once and for all. INTO plans to address this problem by incorporating soulbound hash values and zero-knowledge proofs into DIDs to create an identity system that is immutable, permissionless, private, and unique.

INTO’s multi-chain approach will provide the flexibility to authenticate on any chain while providing a global sync system that synchronizes soulbound records with its native chain for a better user experience. While authentication on other chains might require some gas, it will be free for users initiating it on INTO’s native chain.

The arrival of Web3 has provided an alternative method to use and interact with financial services, data storage, and digital collectibles on the internet. Although the permissionless and trustless composability of Web3 has made the lives of its developers and users easier, it has also created opportunities for a large number of fake users and bots to proliferate on the networks.

This has led to a wide array of issues like gas wars and excessive frontrunning which has resulted in poor experiences for actual users on the network. Although some degree of automation could be helpful in maintaining the efficiency and robustness of the blockchain, too many rampant bots indicate an inefficient or otherwise problematic system.

This necessitates a robust identity system for the blockchain infrastructure. Introducing INTO wallet – a solution to the emerging identity crisis, which in turn creates a more efficient,  attractive, and safe Web3 environment for users to interact within. 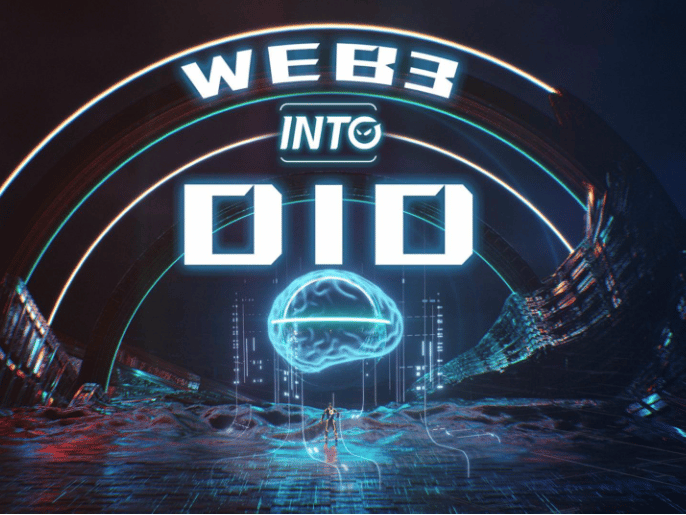 Identity plays an important role in human life, distinguishing each person from the 7 billion others on Earth. In the age of information, where almost everyone has a digital footprint, identity has become a dynamic collection of life updates.

However, as technology has progressed, humans have engineered ways to manipulate victims using fake online personas or deep fakes to extract value. In the absence of accurate and effective recognition tools, identity theft has become prevalent globally, leading to major negative consequences for online users.

Unfortunately, the current mechanisms and safeguards responsible for regulating, maintaining, and validating identities often fail to address a myriad of issues including the creation and utilization of fake diplomas, licenses, and accounts. The world needs an identity system that is easily updatable, immutable, and accessible!

Taking into consideration all of the issues our current identity system is facing, a team of talented developers developed this solution which leverages the permissionless, immutable, and censorship-resistant technology of the blockchain to build a decentralized wallet for Web3 users that is safe and secure.

Not only does INTO provide the solution to the current flaw-ridden identity systems, but it also unlocks the key to mass adoption for Web3 by offering a superior UX. The multichain INTO is on a mission to make users’ lives easier by developing artificially intelligent Decentralized Identities (DIDs) with a layer of privacy through zero-knowledge proofs to provide this better alternative.

Let’s take a look at the concept behind DIDs before delving into the special features INTO wallet provides.

The holder can then prove possession of the credential by holding it in their wallet; there is no need to repeatedly confirm authenticity with the issuer. Through the use of the underlying blockchain architecture, new credentials can be updated immutably creating a permanent record that can be viewed on the public ledger.

These identifiers are globally accepted standards through which credentials can be exchanged and verified. For example, if you need a set of information (demographics, diploma, degree, work experience) to get enrolled for an online specialization, then a digital identifier consisting of this very specific information can be used.

Users can create as many unique and customized identifiers as they want, working to both increase efficiency of data transfer and verify the authenticity of each credential. It must be noted that although these identifiers can help validate some information, they don’t consist of users’ personal data. In this way, such a referential concept makes the system efficient. 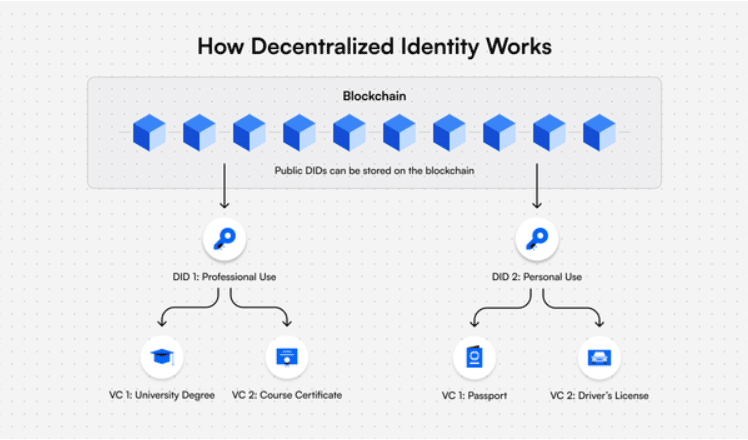 Hence, a collection of verified credentials, proofs of their issuance, decentralized identifiers, and public keys (cryptographic) on a decentralized ledger constitute a DID. This efficient and user-friendly design can be used in Web3 to solve a number of issues such as:

In fact, the ‘provable credentials’ can help solve some real-world issues: From supply chain management to verification of medical licenses, to making KYC frictionless, everything can stand to benefit from such a system.

INTO wallet utilizes soulbound tokens at its core! The unique hash value assigned to every user after the sign-up shall be soulbound to the wallet. This means that it can’t be manipulated, transferred, or changed, essentially creating an unbreakable system of private, unique, and immutable identities.

Since INTO wallet is multi-chain, users can leverage their soulbound identity on any chain. Although the gas depends on the chain of selection, DID authentication will be completely free for users on INTO’s native blockchain.

Moreover, no matter which chains the users decide to authenticate their DIDs on, the hash will be synchronized immutably with INTO’s native blockchain’s smart contracts after encryption. Therefore, it will be valid forever and can be used to access all applications in different blockchain ecosystems.

Once soulbound, users will have a decentralized identity that is chain agnostic, resistant to reverse engineering, and secured with zero-knowledge proofs (ZKPs). That’s right!  INTO protects the privacy of users by using ZKPs to achieve a trust-minimized and private identity. Zero-knowledge proofs can prove the existence of your credentials without even revealing them!

Once you have your soulbound identification, there are a ton of features that will become available to you within dApps. These perks will be established as the technology develops.

Above all, the INTO multi-chain wallet is designed to promote trust through decentralized design. It aims to make Web3 transparent, promote secure possession of users’ credentials and assets, and provide a robust system of identities on-chain. Users need not worry about the security of this system as it works on a fully decentralized infrastructure that has been battle-tested.

The team’s anonymous developers have been working hard and burning the midnight oil for more than a year now to develop this wallet, and they are now ready to socialize their findings and research with you!