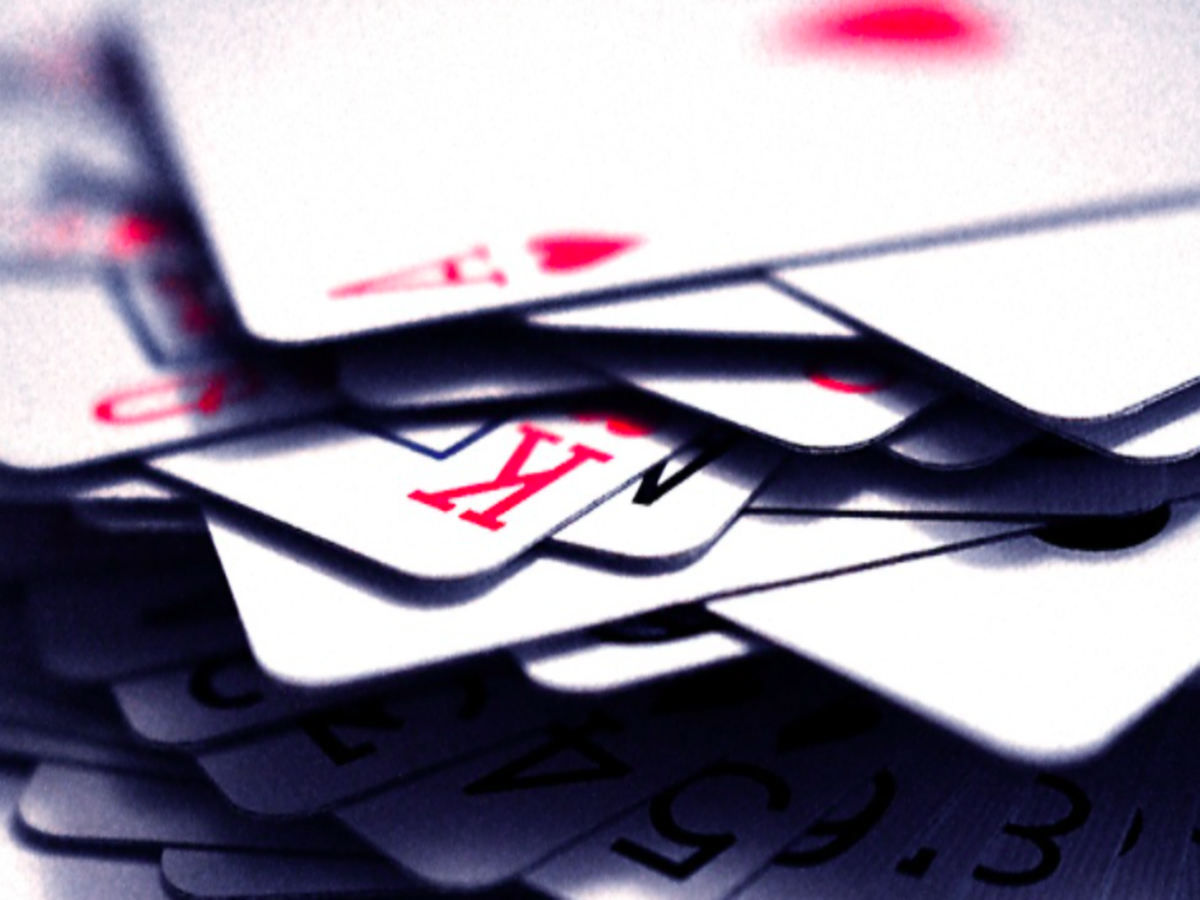 Over the past few weeks, DeFi tokens have been finding it hard to fare well. AAVE is evidently one such victim to the broader DeFi downtrend. In fact, after shedding more than 3% of its value in 24 hours, AAVE was trading at $310, before recovering somewhat at press time.

The market usually operates in cycles and every downtrend is usually succeeded by an uptrend on the price charts. The change in trend is, more often than not, accompanied by an improvement in the state of metrics.

As far as AAVE is concerned, the on-chain data has already started showing early signs of a trend reversal.

Consider this – The net transfer volume from/to exchanges has been spending more time in the negative territory over the past fortnight. This seemed to suggest that outflows have been overshadowing inflows.

What this also sheds light upon is the buying bias that’s starting to prevail across the board. 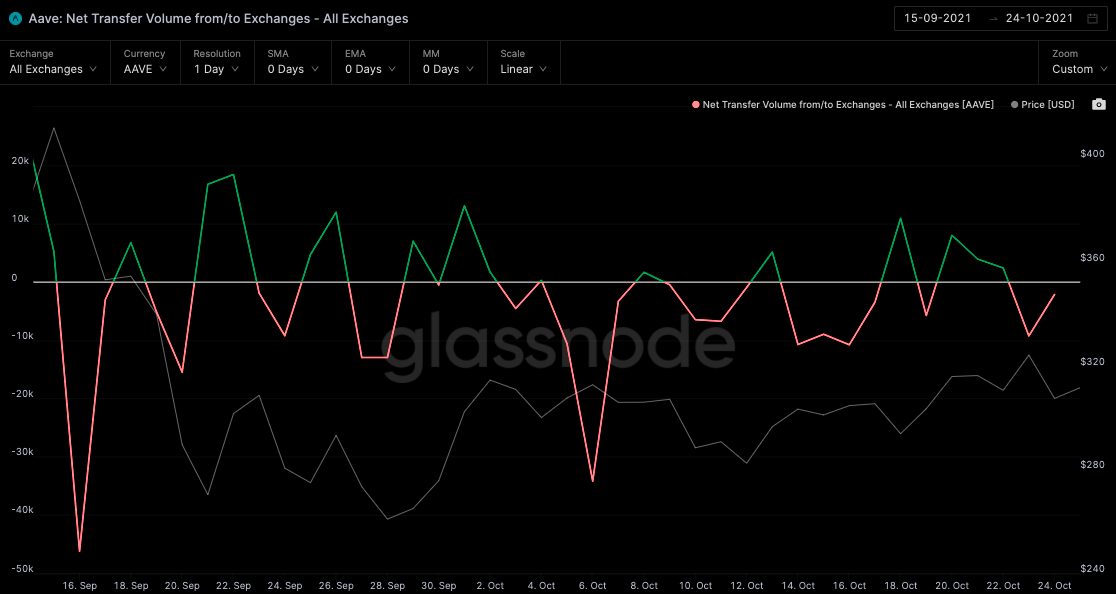 On observing the snapshot attached below, it can be noted that there have been no out-of-the-blue spikes recorded of late. In fact, over the last couple of days, the deposit transactions have been making lower lows on the chart, indicating the gradual fade away of sell-side pressure.

What does the network say?

The DeFi token’s MVRV ratio has also started inching higher in the positive territory. This essentially means that HODLers have started earning a little more than usual now – A fairly good sign. If the aforementioned trend heads in the same direction, then the high-intensity profit-making phase will likely set foot.

Additionally, the liquidity on AAVE has been increasing since mid-October. The total value locked up on the platform has been revolving around the $18 billion mark – up by close to 40% from its September lows.

Having said that, it should be also noted that the loan to value has been diminishing. The LTV gauges the ratio of the loan to the value of an asset purchased. Risk is ultimately evaluated based on the likelihood that the liquidity would be adequate to cover the outstanding balance. Thus, the lower the LTV, the less risky it would be for user/lenders to provide liquidity to the protocol.

The LTV for AAVE has been spending time in the 12%-17% bracket over the past week, which is fairly decent enough. For context, the LTV was as high as 35% in July this year. 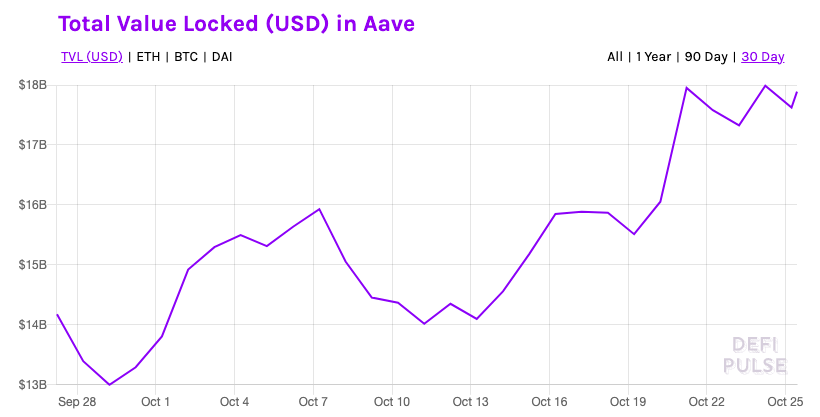 Keeping in mind the aforementioned projections, it most likely looks like a trend reversal may be on AAVE’s cards.

Related Topics:AAVEtotal value locked
Up Next

Litecoin’s bulls must take these steps to negate this pattern

Solana needs to pause here before it can climb again