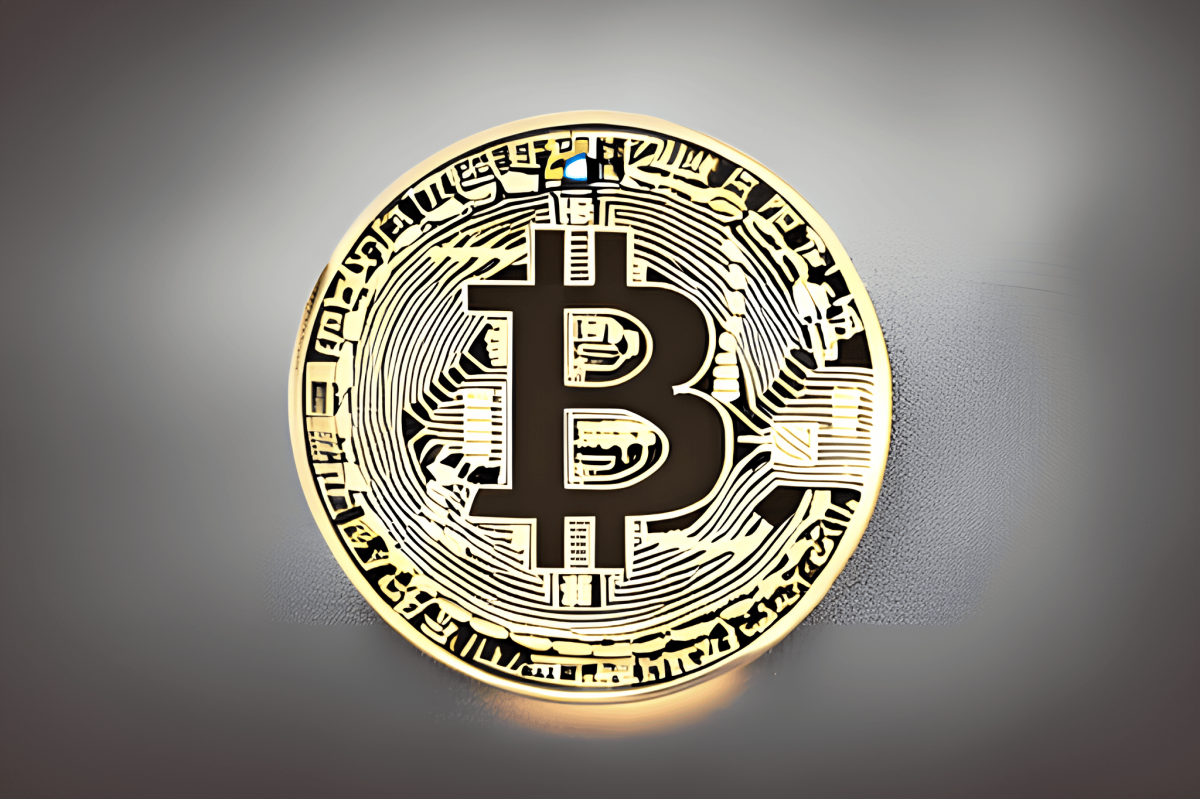 Bitcoin [BTC] could be on the verge of losing its market dominance again, after having regained it only recently. This is the opinion of CryptoQuant analyst, Maartunnn. The analyst had predicted on 11 September that Bitcoin was going to reclaim the domination position, despite Ethereum [ETH] taking the position in the lead-up to the Merge. Interestingly, his prediction came to pass.

However, recent antecedent like the 50% altcoin market dominance on 23 October could drive BTC to the backseat. According to the analyst, this percentage constituted the altcoin dominance on exchange activity within the aforementioned period. He added that if this episode extends itself, it could leave Bitcoin in a state of capitulation, like in April and November 2021.

Now, an assessment of the BTC-ETH dominance chart showed that Bitcoin is still in control.

Despite that, however, Glassnode showed that Ethereum has been in a heated contest with the crypto. The on-chain analytics platform revealed that ETH peak dominance was -0.085. As for BTC, it remained positive with a reading of 0.085. 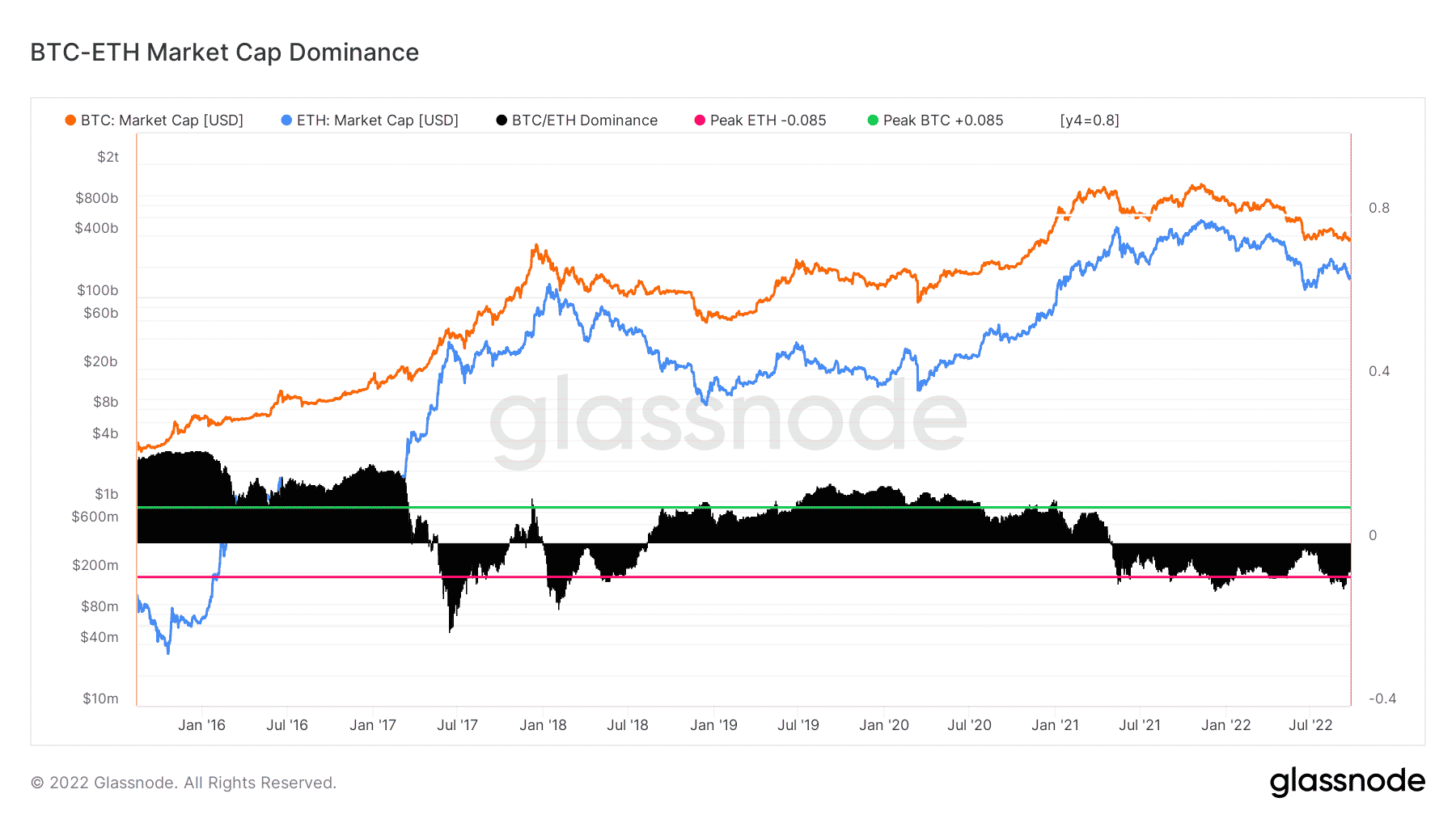 For the exchange netflows, Glassnode reported that BTC recorded more negatives than ETH.  Over the past week, BTC’s exchange netflow was -$1.8 billion. For ETH, it was -$183.9 million.

Despite these lows, however, both coins seemed to have rebounded a little over the last 24 hours.

According to CoinMarketCap, BTC appreciated by 0.82% while trading at $19,333. Here, it’s worth noting that the rebound has not stopped institutional investors from withholding their restrictions on adding more BTC.

This was indicated by the distribution data, according to Glassnode. Based on the data available, addresses with 100 and 1000 BTCs, which had been decreasing since July, have not reversed to form an uptrend. At press time, addresses with more than 1000 BTC had fallen to 2,129. 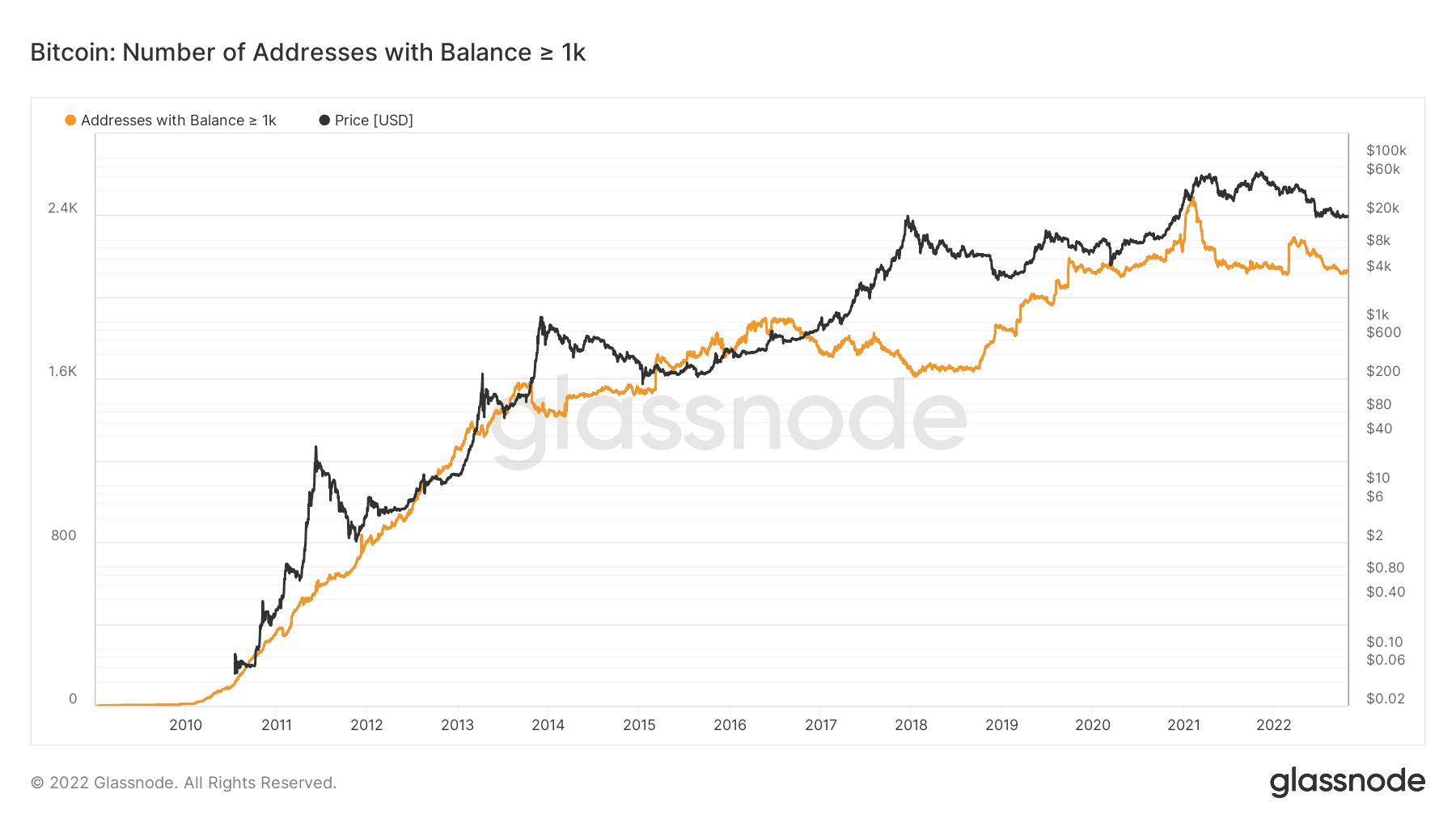 Additionally, the BTC/USD chart revealed that the coin is far from edging closer to bullish momentum. Indications from the Awesome Oscillator (AO) at -91.79 showed that BTC might struggle to gain positive momentum. Also, the Moving Average Convergence Divergence (MACD) revealed that the state of the coin was mostly bearish.

Although buyer strength (blue) and sellers momentum (orange) were struggling for relevance, the sellers seemed to be favoured more. However, with small gains revealed on the histogram, BTC’s potential to add more to its recent gains may not be off the cards. 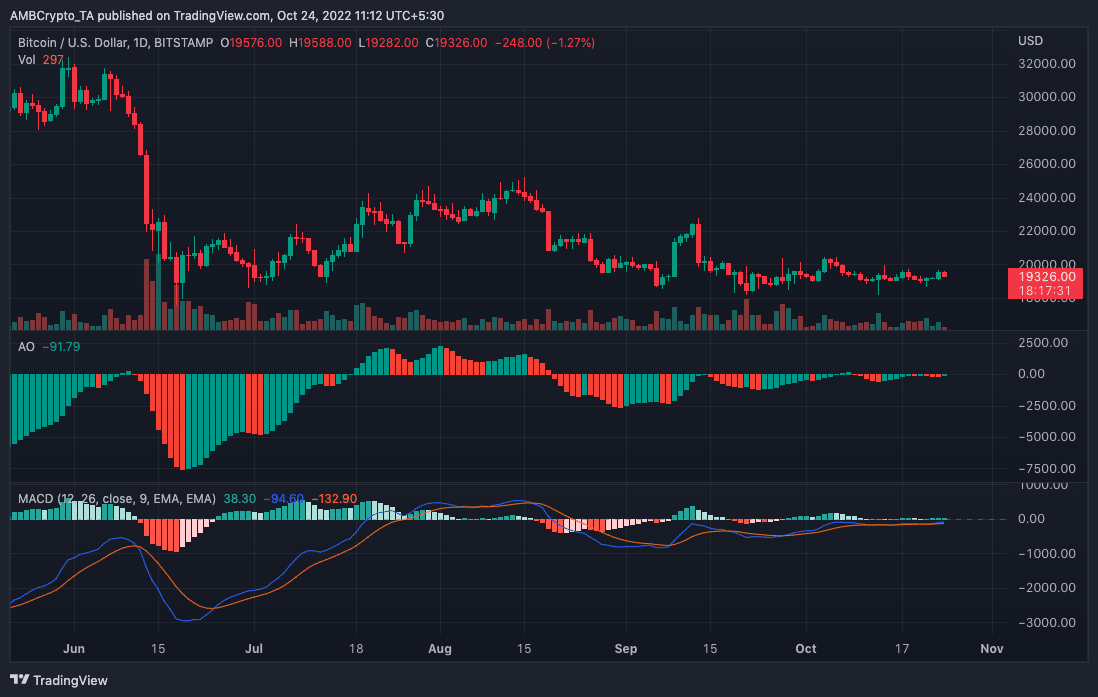 Chainlink [LINK]: Whales be whaling, but make your next trade with this in mind