Bitcoin price has formed a base around a vital support level, indicating that an uptrend is likely. The recent uptick is just the surface and more is yet to come for BTC.

Although this setup has a bearish outlook after the breakout, BTC’s current position suggests that a retest of the upper trend line is plausible. The most recent crash on 28 March pushed it from $47,600 to $39,650. Interestingly, the big crypto formed a base along the lower trend line of the ascending parallel channel.

A quick surge in buying pressure that pushes BTC above these two hurdles will propel it to $46,117, the next resistance barrier. The buyers’ conviction will be tested here and flipping this level into a support floor will indicate that the bulls are in control. In such a case, Bitcoin price will make a run toward the 200-day SMA at $48,081.

There is a good chance BTC will form a local top here, but sometimes, BTC could wick up and retest the $50,000 psychological level.

A macro bullish outlook will kick-start if Bitcoin price produces a weekly candlestick close above $52,000. In such a case, investors could wait for a higher low to form, which will serve as a secondary confirmation before BTC explodes to a new all-time high at $80,000. 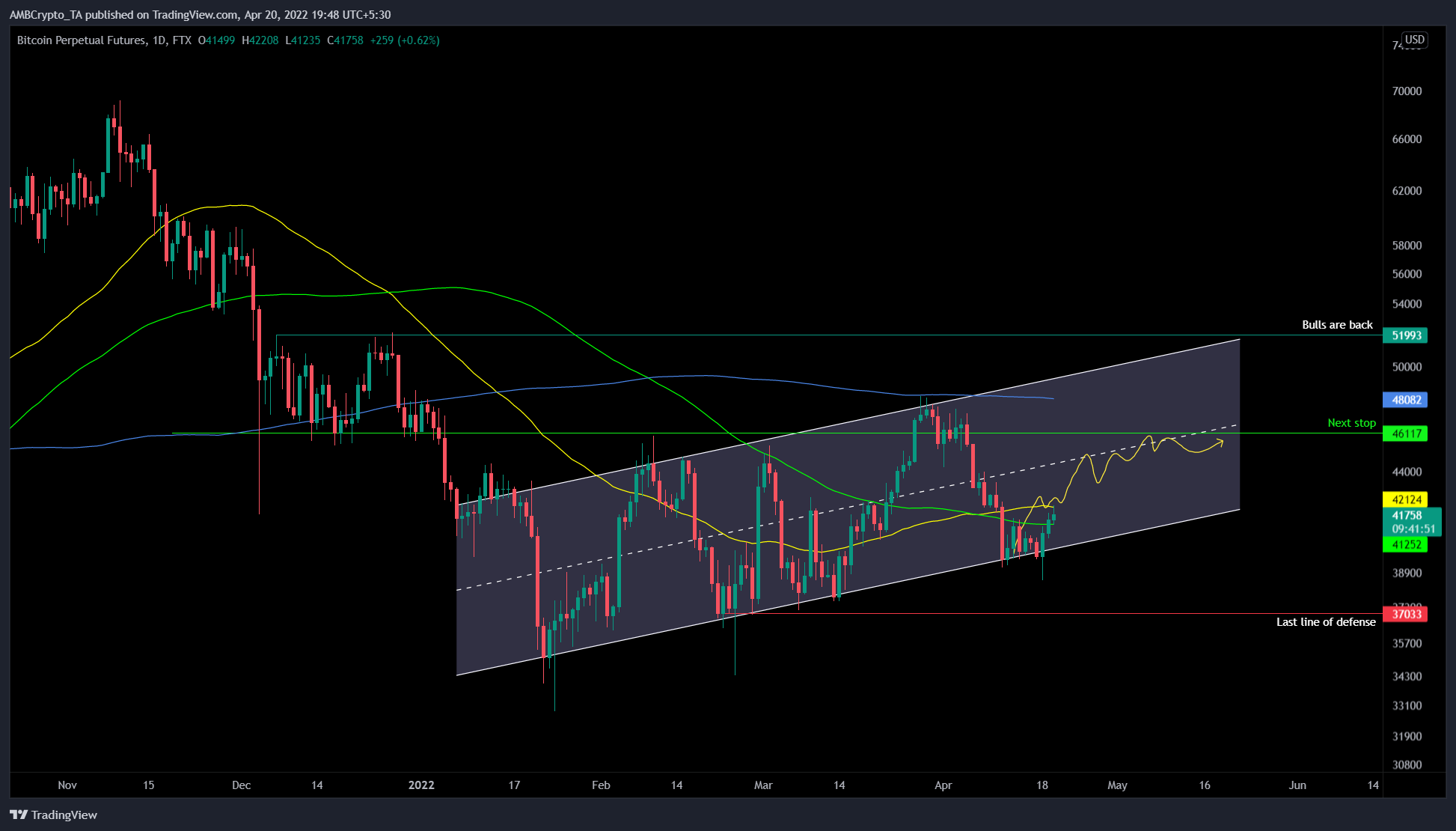 The 30-day Market Value to Realized Value (MVRV) model reveals a perfect point for trend reversal. The index is used to assess the average profit/loss of investors who purchased MATIC tokens over the past month.

This indicator is currently hovering around -7% after a small recovery from -10%. As seen in the chart, the historical data shows that a local bottom has formed around -6.5% since February.

Therefore, the recent recovery indicates that BTC is serious about the uptrend and coincides with the outlook obtained from a technical perspective.

Should Tron traders be concerned about a potential decline