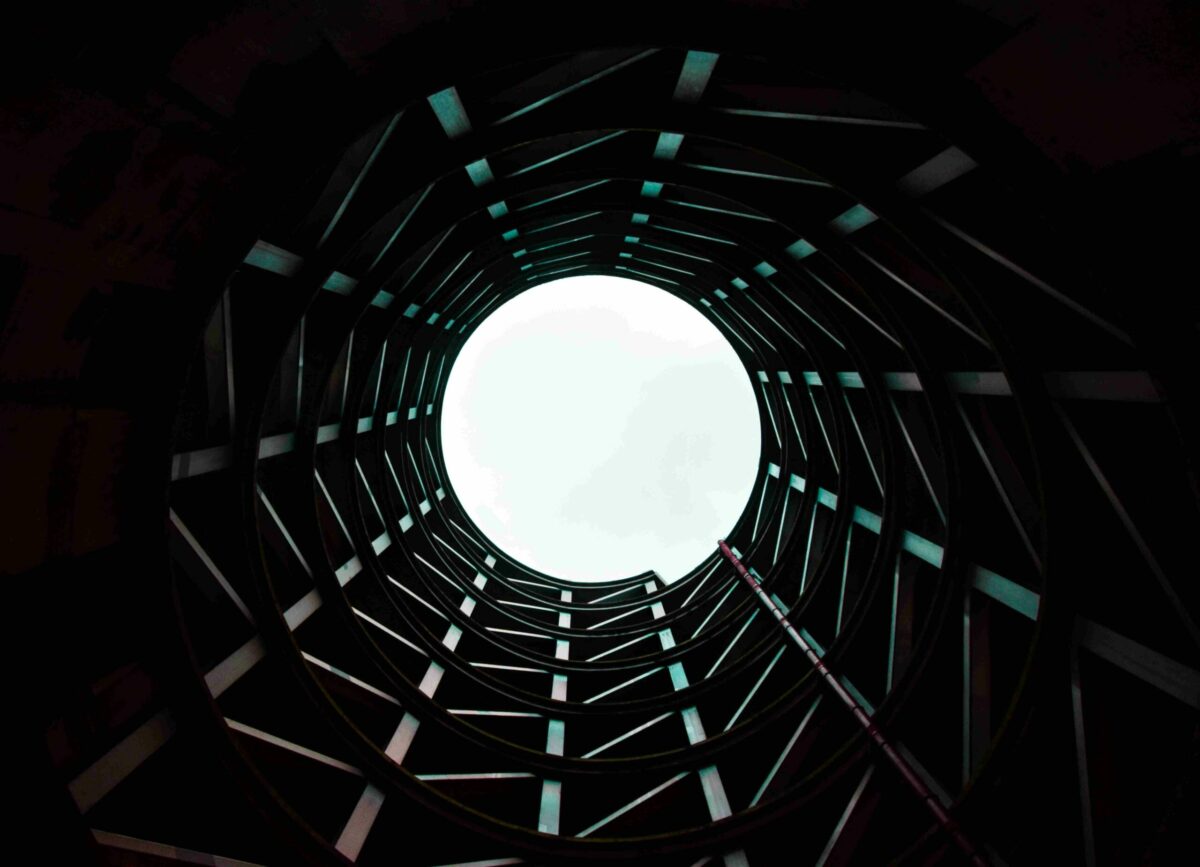 Since the beginning of August, BTC’s value has gone up by more than 30%. If its growth is calculated from July 21st onwards, it is 50% up, but there is another catch. Since 20th August, Bitcoin’s net recovery has been less than 2%.

Right now, there are a couple of ways of understanding such a sideways movement. Either, the consolidation is building towards a massive jump or there could be trouble for Bitcoin going forward.

With the help of on-chain activity, it is extremely difficult to gauge short-term markets at the moment, since there hasn’t been a clear market structure. However, taking a macro-side approach, there might be more clarity in terms of analyzing BTC’s long-term direction.

How far is Bitcoin from being entirely bullish? 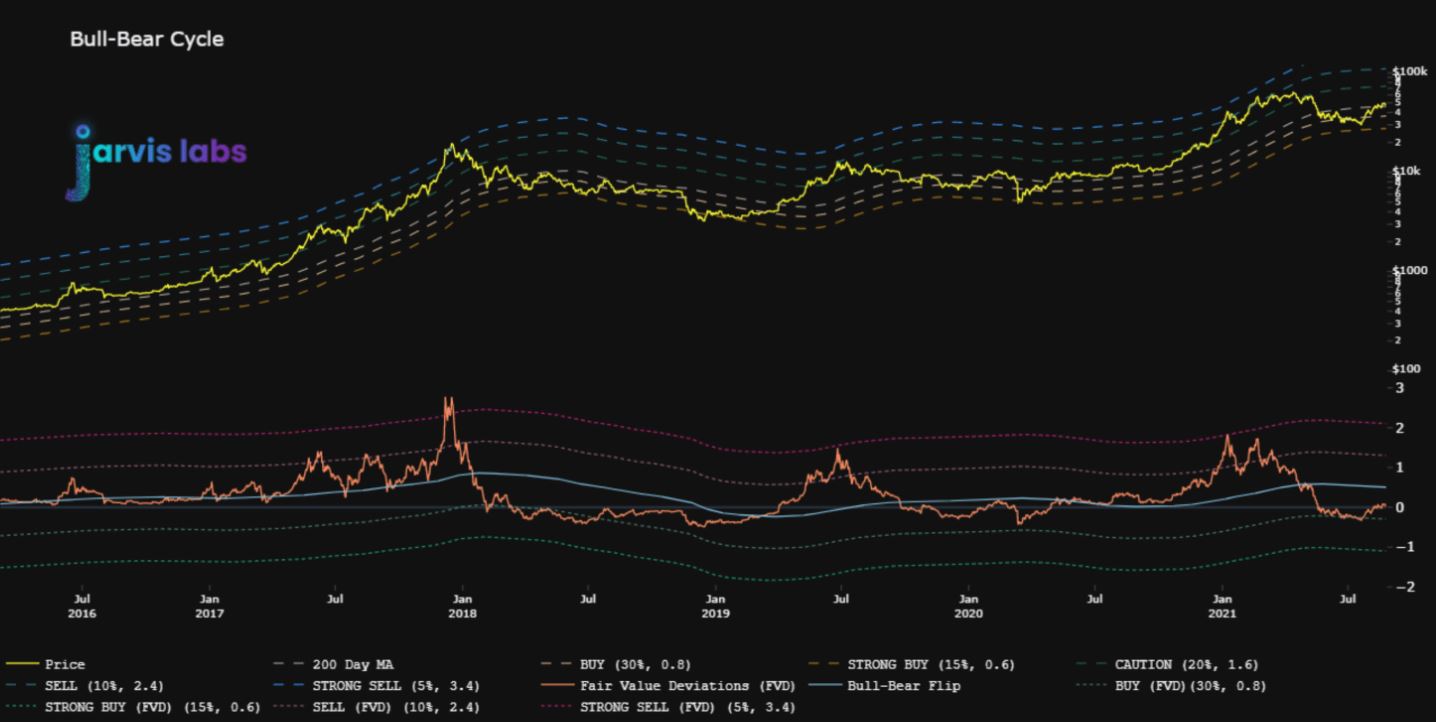 According to Fair Value Deviation analysis, Bitcoin continues to be under the “bull-bear” flip, which determines the long-term rally. At present, the FVD line remains under the blue bullish indicator which means that BTC is yet to confirm a proper bullish trend in the charts. However, frailties were observed in terms of circulation ratio as well. 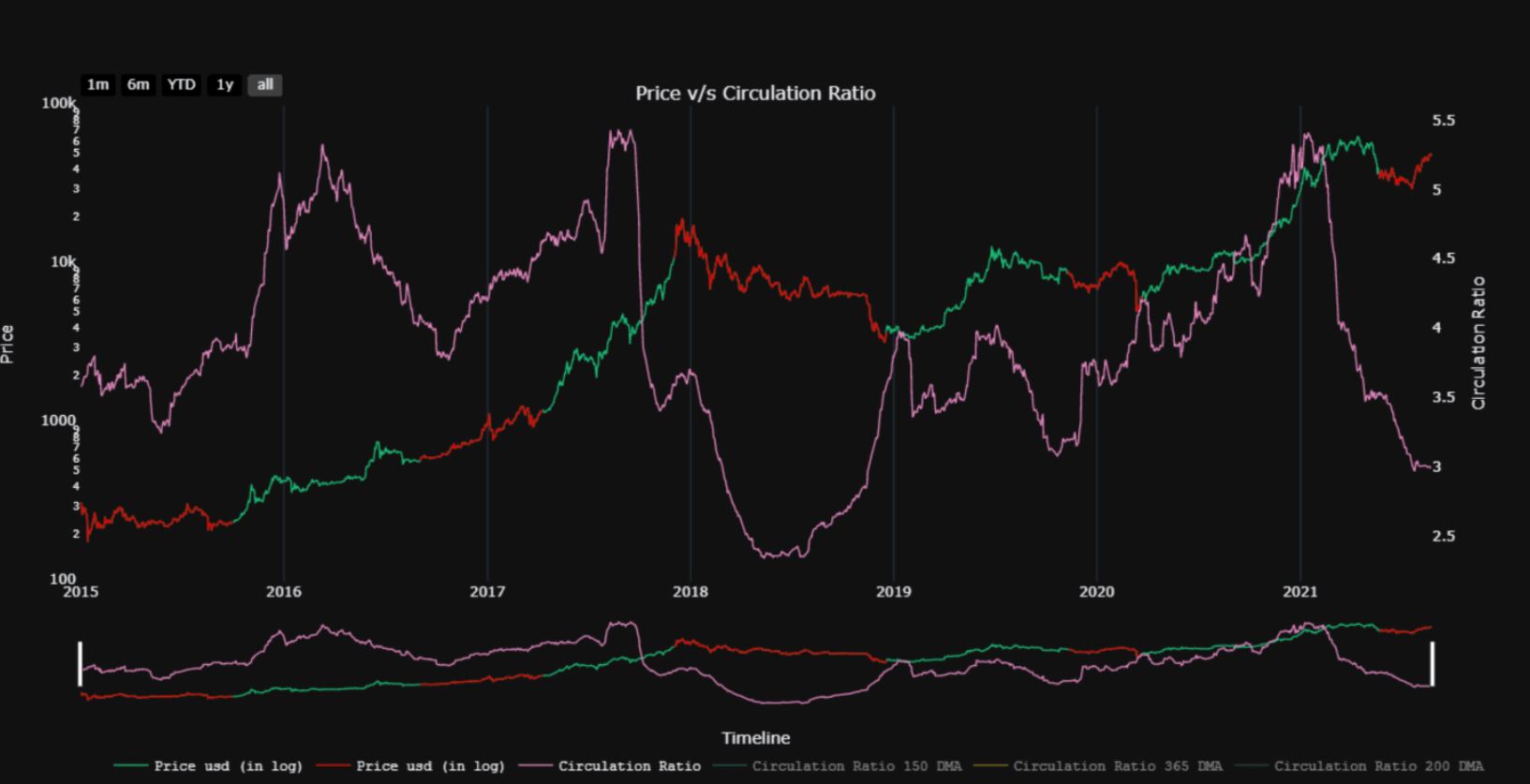 According to data, the circulation ratio is currently indicative of a sell signal. As illustrated by the red line, the supply changing hands at the moment is not reciprocating the outright recovery. One of the inferences that can be drawn, is that the price is currently reacting to a relatively smaller supply in comparison to the early year rally.

This leads to a wider range of unpredictability since the price is reactive to the drastic movement of the active supply. 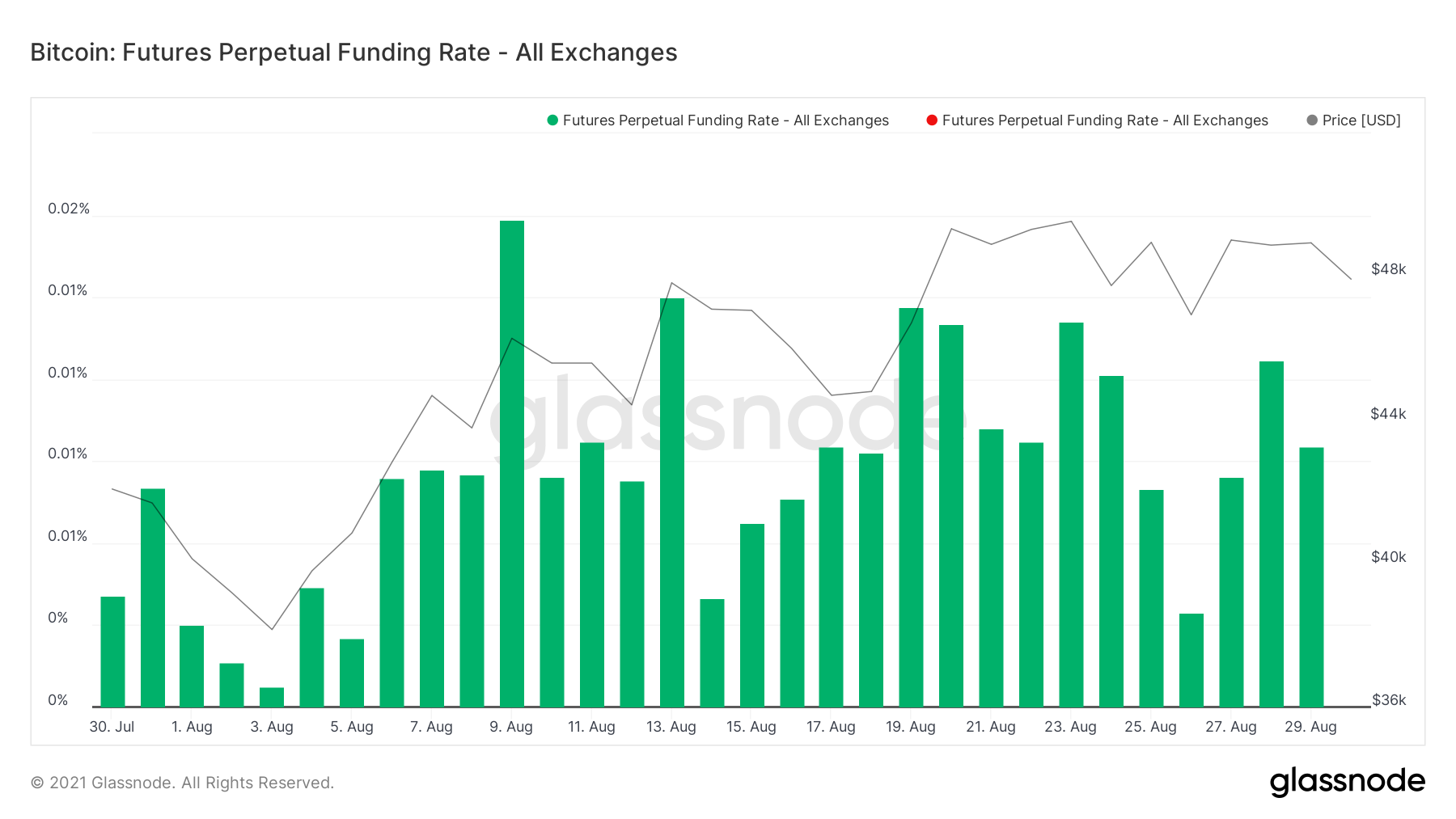 One particular neutral factor observed in the immediate on-chain data, was the slightly dropping funding rate. A couple of weeks back, funding rate was extremely high, but at the moment, it is more balanced in terms of derivatives traders.

So the Limbo continues?

The long-term trend should be closing in a definite direction in the next few weeks because BTC’s consolidation period has already crossed more than 14 days. However, with the longer-trend market indicative of bearishness, it might be better for Bitcoin to register a new local top sooner than later. That is because the collective trend may shift towards short-term bearish too.

After Ghana, Nigeria is the next African nation to reveal CBDC plans, issues guidelines