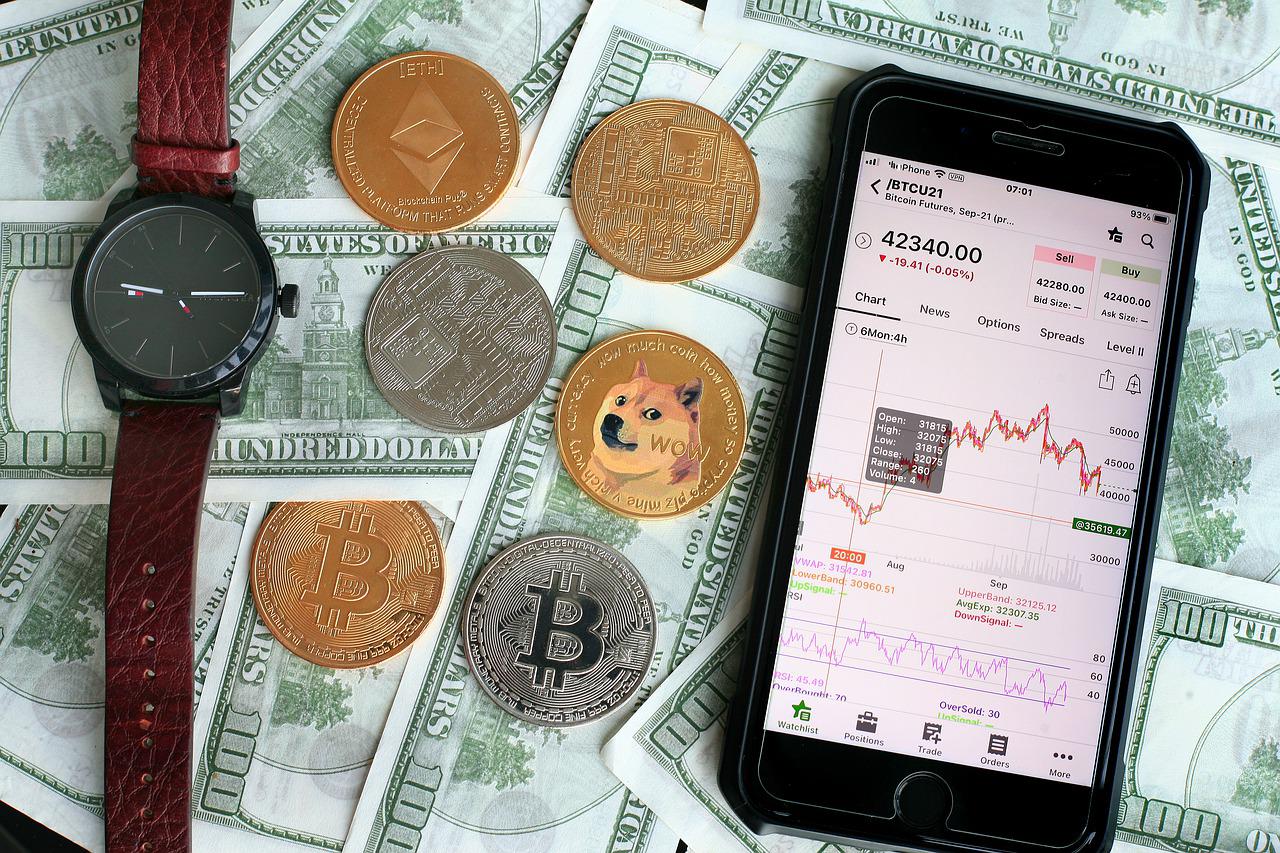 As Elon Musk continues to push the memecoin genre of cryptocurrencies in different directions, it seems that Dogecoin [DOGE] has come across the wrong section of the Internet. The altcoin is now being used in unexpected and unanticipated ways.

Beware of the DOGE

While the Tesla CEO furthers its popularity by calling it the “currency of the future” and using it as a means of payment for its brands’ merchandise, his efforts have caught the attention of darknet dwellers.

As per a report from analytics website Elliptic, Dogecoin is gradually becoming a preferred asset for conducting illicit activities. This includes, but is not limited to – Terrorism financing, child sexual abuse material, malware as well as thefts, scams, and ponzi schemes.

The growing use of the crypto for illicit reasons comes at a time when DOGE seemed to be successfully heading towards recovery. Following the market crash towards the beginning of June, the altcoin has managed to climb the charts by 46.23%.

Furthermore, as of 27 June, despite the broader market slowing down, the memecoin has continued to rally. In the last 24 hours alone, it has hiked by 12.3% on the charts.

Trading at $0.0778 at press time, the altcoin has once again recovered its ground. In the past, these levels have acted as strong resistances, subduing DOGE’s rise on the charts.

It is necessary to flip this into support as only then can it go anywhere closer to reclaiming the 10 cents price level ($0.1). The chances of the same seem to be pretty strong as DOGE is currently exhibiting bullish cues, backed by the bullish crossover visible on the MACD indicator, which is showing no signs of a slowdown.

However, the memecoin could find some resistance eventually, thanks to its high correlation with Bitcoin. The 0.88-correlation could be a hindrance to this altcoin’s rally, should the king coin decide to revisit the dungeons of $20k. 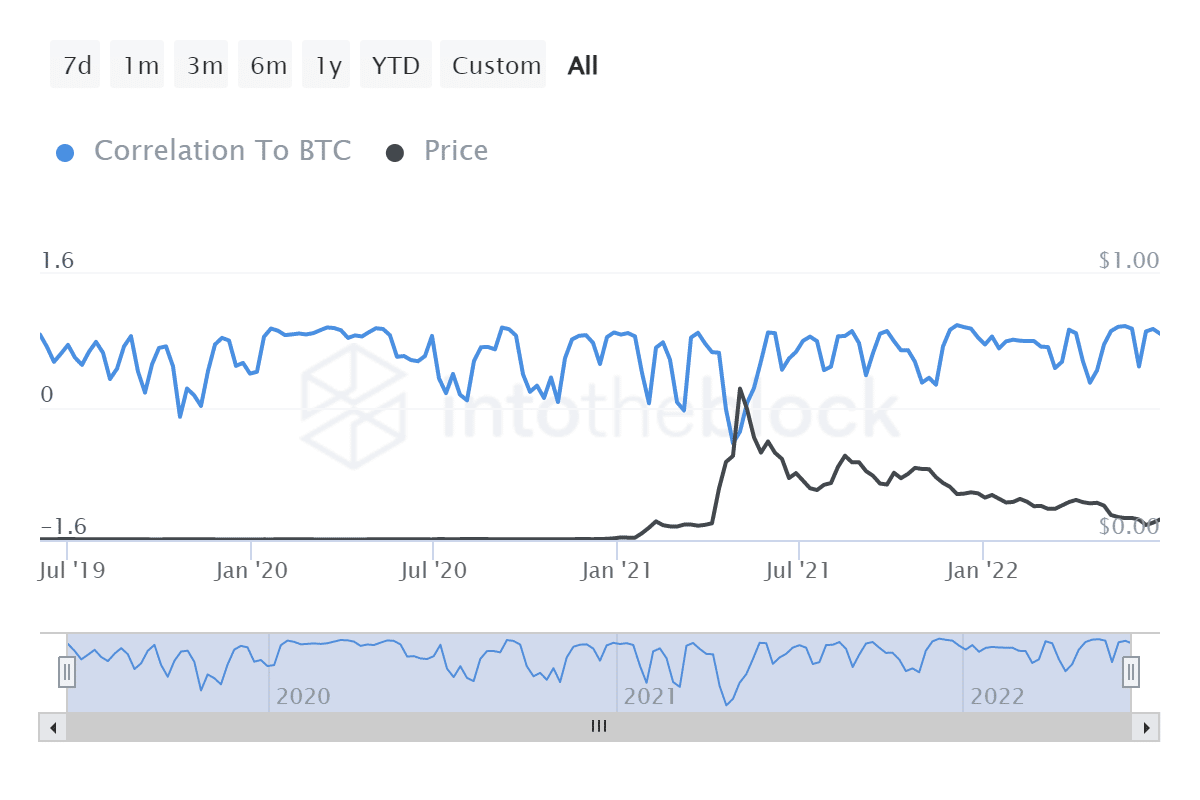 While for many investors a price fall might be a problem, for many other DOGE holders, it is a signal for accumulating once again.

This could help drive their profits which, at the moment, are already at 53%. These are followed by 45.84% of investors playing dead out of fear of a market crash. 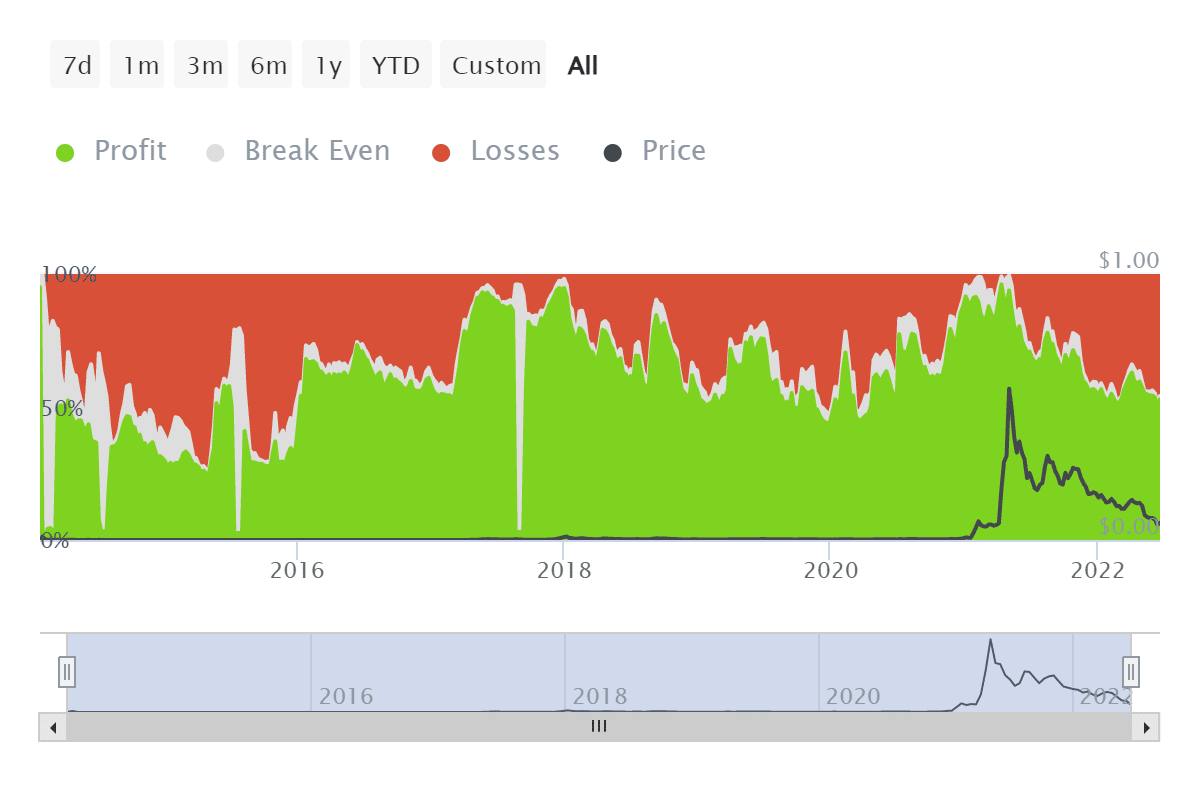 The lowdown on 3AC: Is the market bracing for another crash

Anonymous threatens Terra’s Do Kwon with ‘justice’ in new video