Ethereum, at the time of writing, was trading at just over $1780, up 8.3 percent from last week. Based on data from CoinMarketCap, after hitting its latest ATH a few days ago, Ethereum’s price registered corrections of nearly 6 percent.

Interestingly, Ethereum reserves on exchanges have continued to drop, post the ATH as well, falling from 22 million on the 1st of January 2021 to 20.8 million, at press time. The said drop in reserves has been steady and continuous, despite a spike in price several times over the past 30 days. 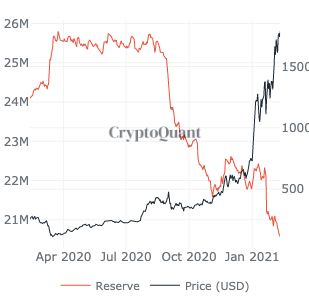 Apart from the reserves, a general on-chain analysis of Ethereum seems to be underlining a bullish sentiment as well. This is true, especially among Ethereum HODLers and traders, given the fact that nearly 99 percent of ETH HODLers are currently profitable.

While rising network fees have been cause for concern for retail traders, including for Binance’s CZ, they have not had a negative impact on the altcoin’s price or demand yet. Why has this been the case? Well, perhaps because large transaction volumes have dropped by over 1.26 percent in the last week. The transaction volume on the Ethereum network was $75.6 billion, at press time, and that is a bullish sign that supports the narrative of dropping exchange reserves and an extended price rally.

Further, on top derivatives exchanges such as the CME, ETH Futures have contributed to a fair share of demand and investment flows from institutional traders. However, the activity has slowed down. Just as activity in Bitcoin Options has slowed down, Ethereum may head towards a breakout in price riding on the back of slow derivatives performance and volume.

Additionally, the active supply of Ethereum from the past five to seven years hit an ATH earlier today. Ergo, corresponding to the hike in price on the charts, the transaction volume on the network is climbing too, even above the $1700-level. 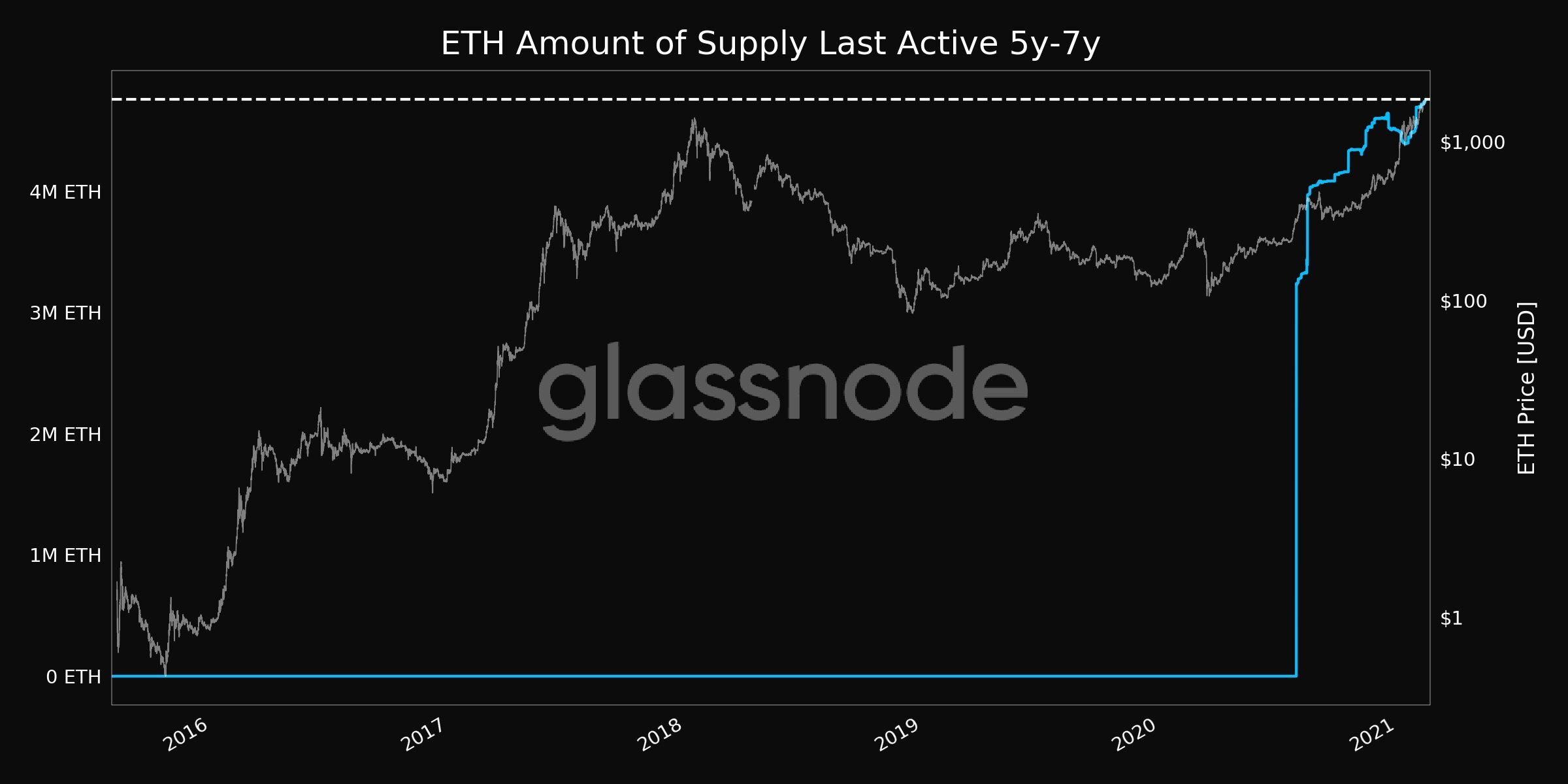 There is a lot of interest and demand from institutional investors and that is evident from Grayscale’s addition of over 50,000 ETH to its growing portfolio. In fact, its ETH portfolio now amounts to a total of $93.3 million. The metrics and the demand from both retail and institutions both point to an extended rally, taking the price closer to the $2000-level and its next ATH. In light of the bullish market sentiment, the profitability of HODLers, and traders booking unrealized profits, this is likely to be a case of when, rather than if.