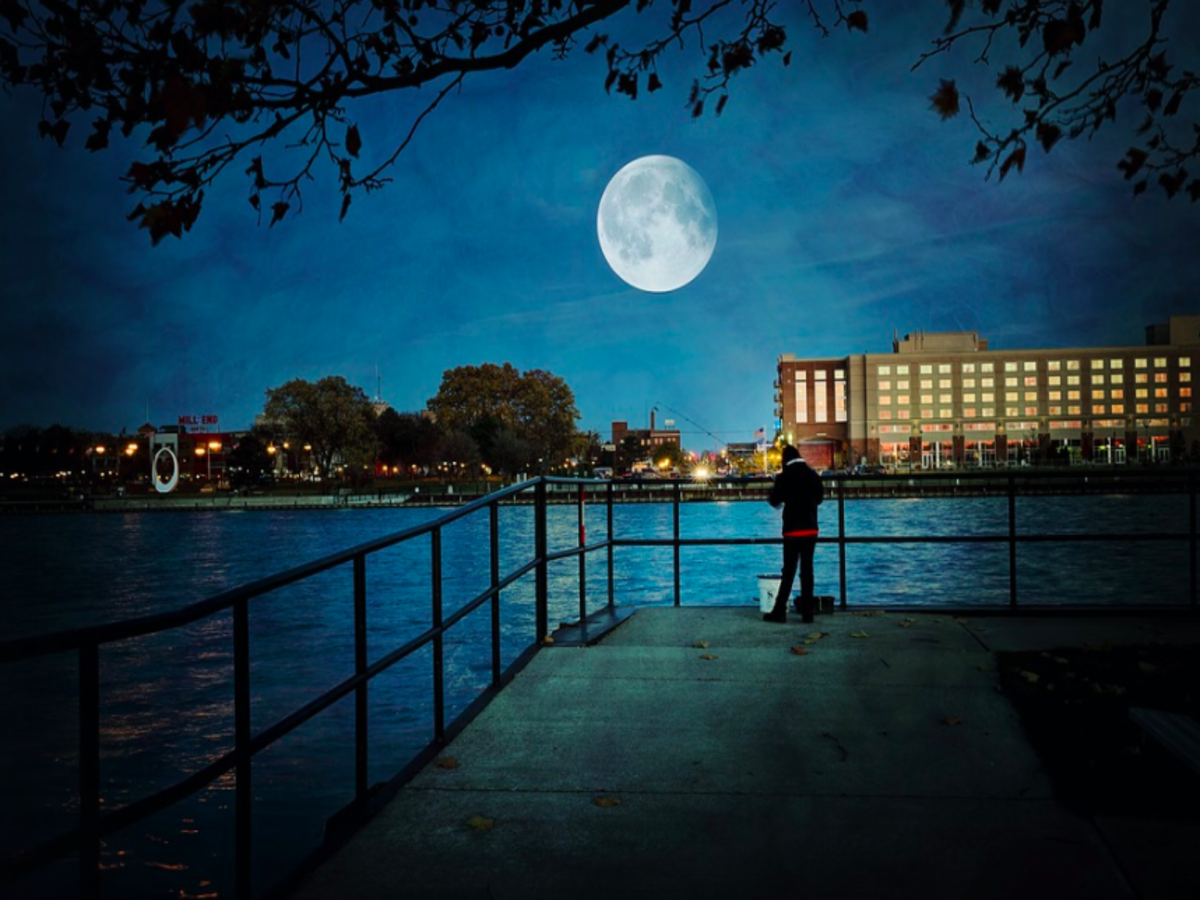 The six-day period from 29 September to 4 October saw LUNA’s price rally significantly. In the aforementioned timeframe, the alt’s value managed to appreciate by close to 50% from $33 to $49.5.

Post that, however, corrections set in, and LUNA shed close to 30% of its value. The altcoin did pump again on 19 and 20 October but got back into consolidation mode soon after.

In fact, it was seen exchanging hands at $43.4, at the time of writing.

The question of ‘Is this the right time to exit?’ constantly hovers in the minds of short-term and mid-term HODLers. They’re usually on the lookout for genuine dips to buy tokens and then wait for local peaks to book profits. So, as far as LUNAtics are concerned, what should they do at this stage – Continue HODLing or just exit?

Having a look at the state of the coin’s fundamentals and metrics would aid us in answering the aforementioned question.

Well, the Terra ecosystem’s fundamentals have been getting stronger of late. Inter-Blockchain Communication [IBC] just went live on Terra’s mainnet, for instance. Now, once the relayer channels are set up, users would be able to start transferring tokens between the Terra and Cosmos ecosystems.

A host of bridges in the space have already been trying to meld once-isolated blockchains into an interconnected ecosystem. Terra climbing onto the bandwagon at this stage would be able to gravitate new users to its space. Thus, this move is set to benefit Terra’s native ecosystem in the long run.

Going forward, if things go as planned, Terra will essentially manage to establish a niche for itself.

What’s more, even the alt’s metrics are in fairly good shape. LUNA’s circulating supply, for starters, has increased in October, implying that more tokens are now circulating among market participants.

To a fair extent, this means that they’ve been buying additional tokens – A fairly good sign for its price. 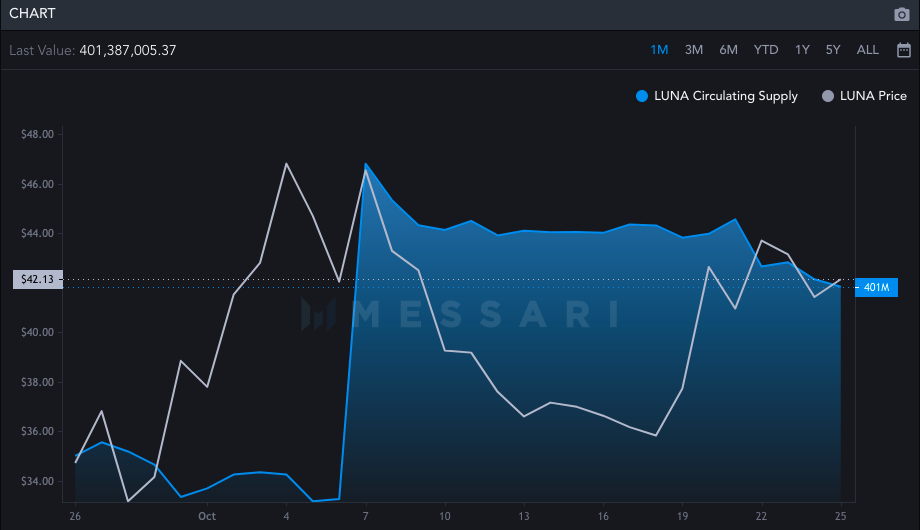 LUNA’s market cap dominance has also been revolving around 3% – Pretty good for a top 20 alt. Its inflation rate has been under 5% for more than two weeks now, implying that LUNA’s long-term retention value is only getting stronger with time.

Well, on the price chart, LUNA faces an immediate resistance at the $47.79-level. If the alt manages to breach that soon, the doors to $50 might just open for the altcoin.

A failure to do so would, however, see the alt fall back to its support range at around $40.85. If bears manage to dominate at that stage, then LUNA dipping back to $35.67 should come as no surprise. 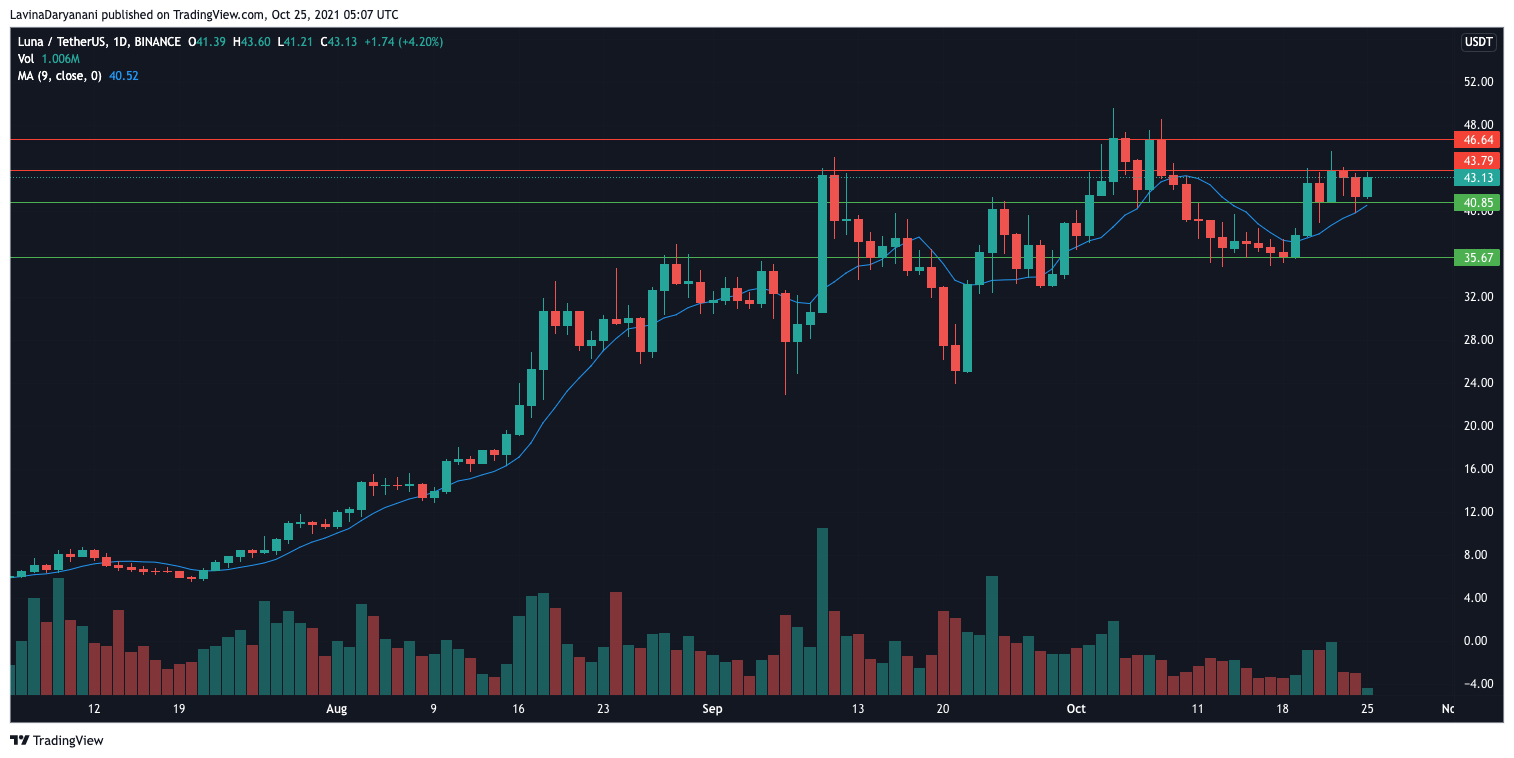 Thus, keeping in mind the recent appreciations, HODLers with decent enough profits in need of liquidity can exit the market.

Others, however, can cling on to their tokens for some more time. Primarily because the metrics are bullish at this stage and the fundamentals have only been getting stronger.

Ergo, there’s scope for a reasonable upside in the foreseeable future.

After Mastercard, could Amex be next with crypto-linked credit card