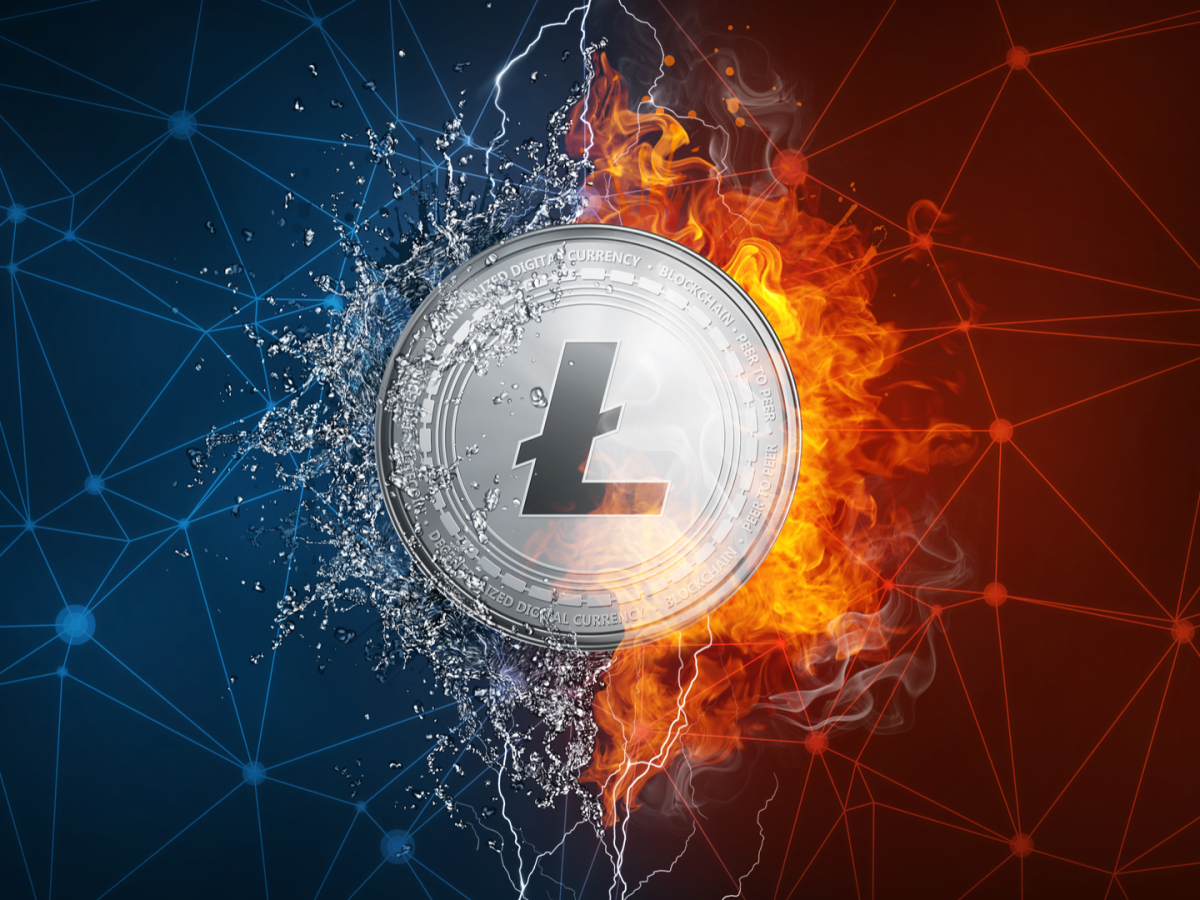 When AMCTheatres enabled the option to pay in cryptos, Litecoin registered a decent hike. The reasoning seemed genuine and even additional metrics pointed out that it was probably an organic rise in the short term.

However, on further research, it appeared that Litecoin has begun following a pattern. One where it goes up by a significant margin, sits there for a while, and then drops back down, canceling all or most of the growth.

An example of the same can be found on the chart itself. For better reference, occurrences from this year have been taken into consideration.

Anytime a major hike is observed, it is followed by an equally major fall. The only bouts of appreciation that contribute towards the actual growth of LTC are the ones that have been under 10%, except for a spike here and there. 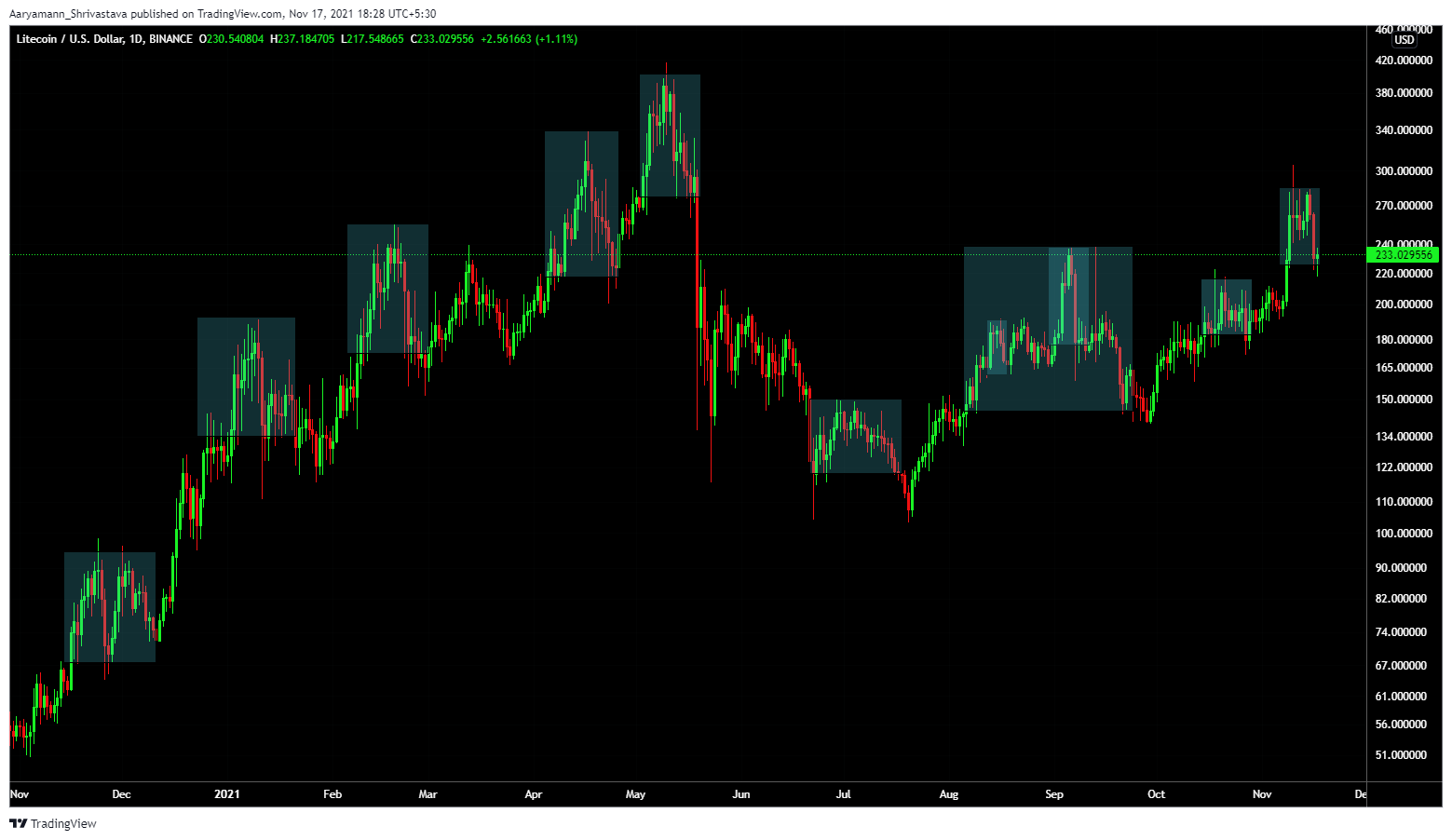 This is exactly the reason why since marking an all-time high soon after its inception, it took the altcoin three years to break it again. 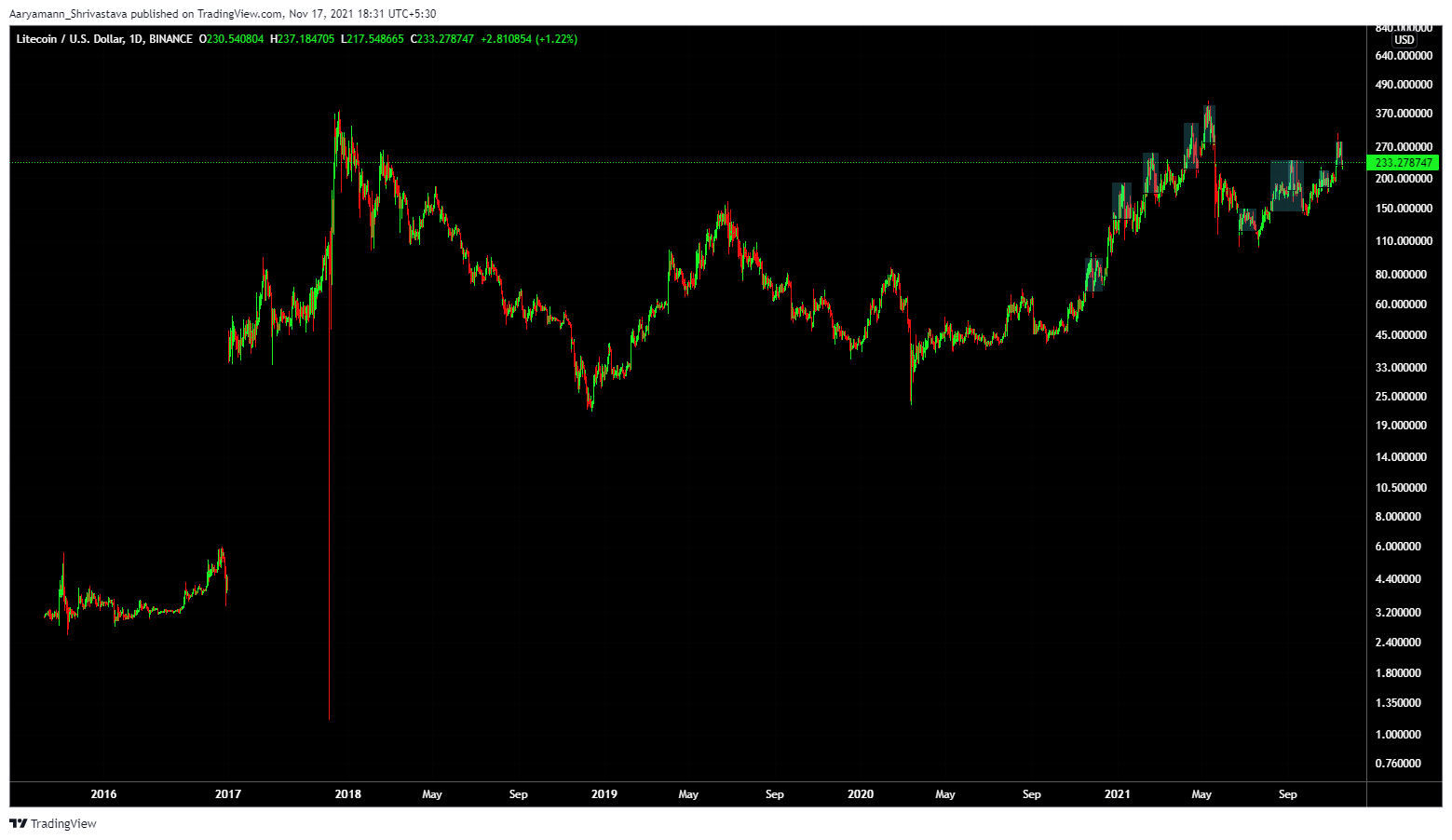 All of this is proof that Litecoin has become the hub of FOMO among the older cryptos in the market. While adoption has been consistent for the altcoin over the past few years, investors only appear when it is trending.

But, is that exclusive to Litecoin?

Well, the counter-argument can be that most of the time, the crypto-market acts this way and that’s how trade works. While it is true that volatility is frequent and common, the other coins that go up, secure their hikes.

They also fall, but only when the market or asset registers a major event. And, even then, the fall doesn’t entirely cancel the price spike. 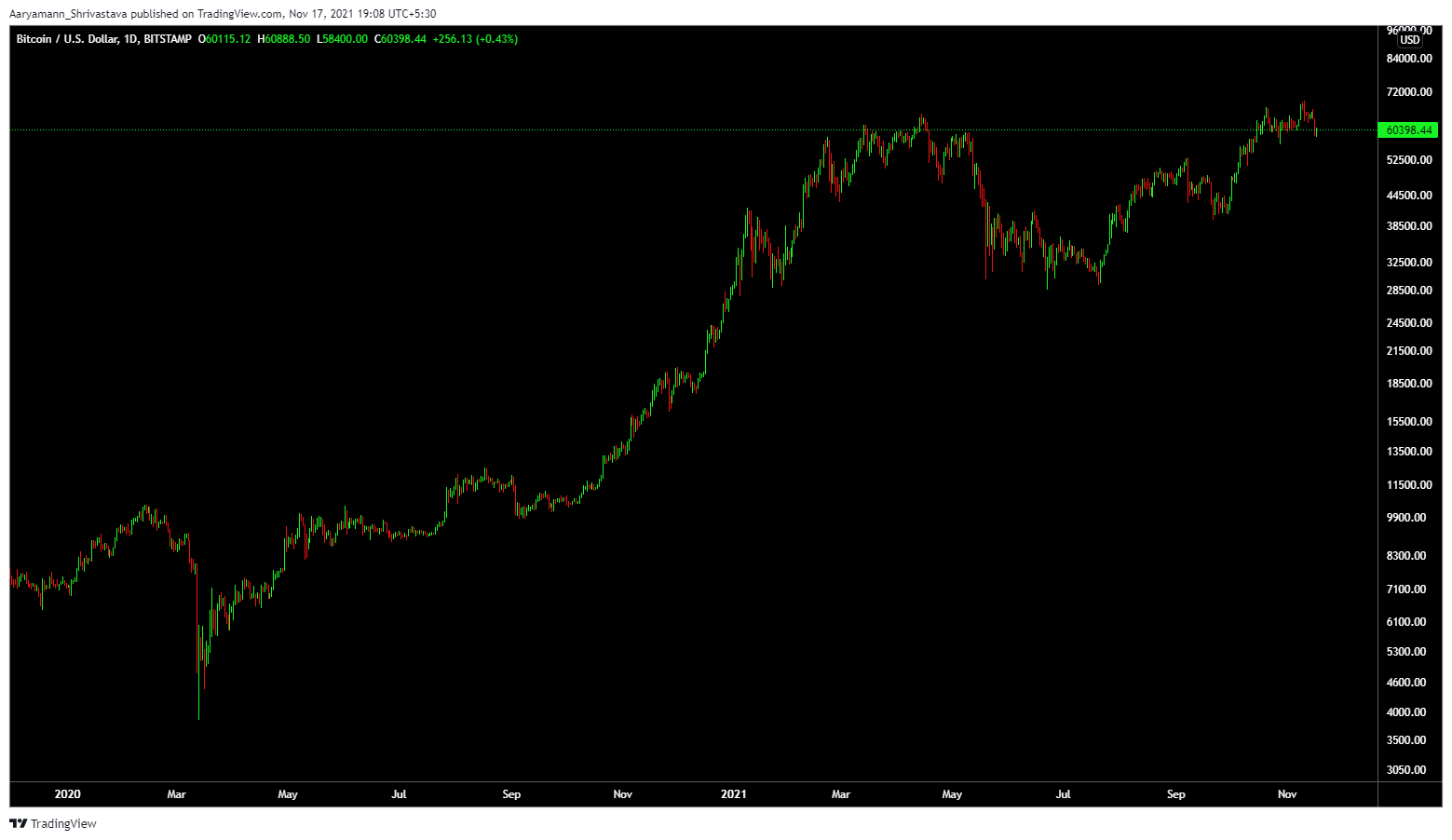 This has been the case for Bitcoin, Ethereum, Cardano, and even Polkadot, for that matter. These top cryptos rise significantly, but usually fall in a limited, phased manner.

In fact, popular analyst Michael van de Poppe and popular trader Mayne too seem to be highlighting this in their own ways. Mayne actually represented hardcore LTC investors when he said,

“My love hate relationship for this coin lives on.”

This pattern of up and down is also visible with investors, their HODLings, and spending behaviors. SVAB also revealed that just in these last three months, there have been more fluctuations in the variation of spent coins with Litecoin, than Bitcoin over the course of the entire year. 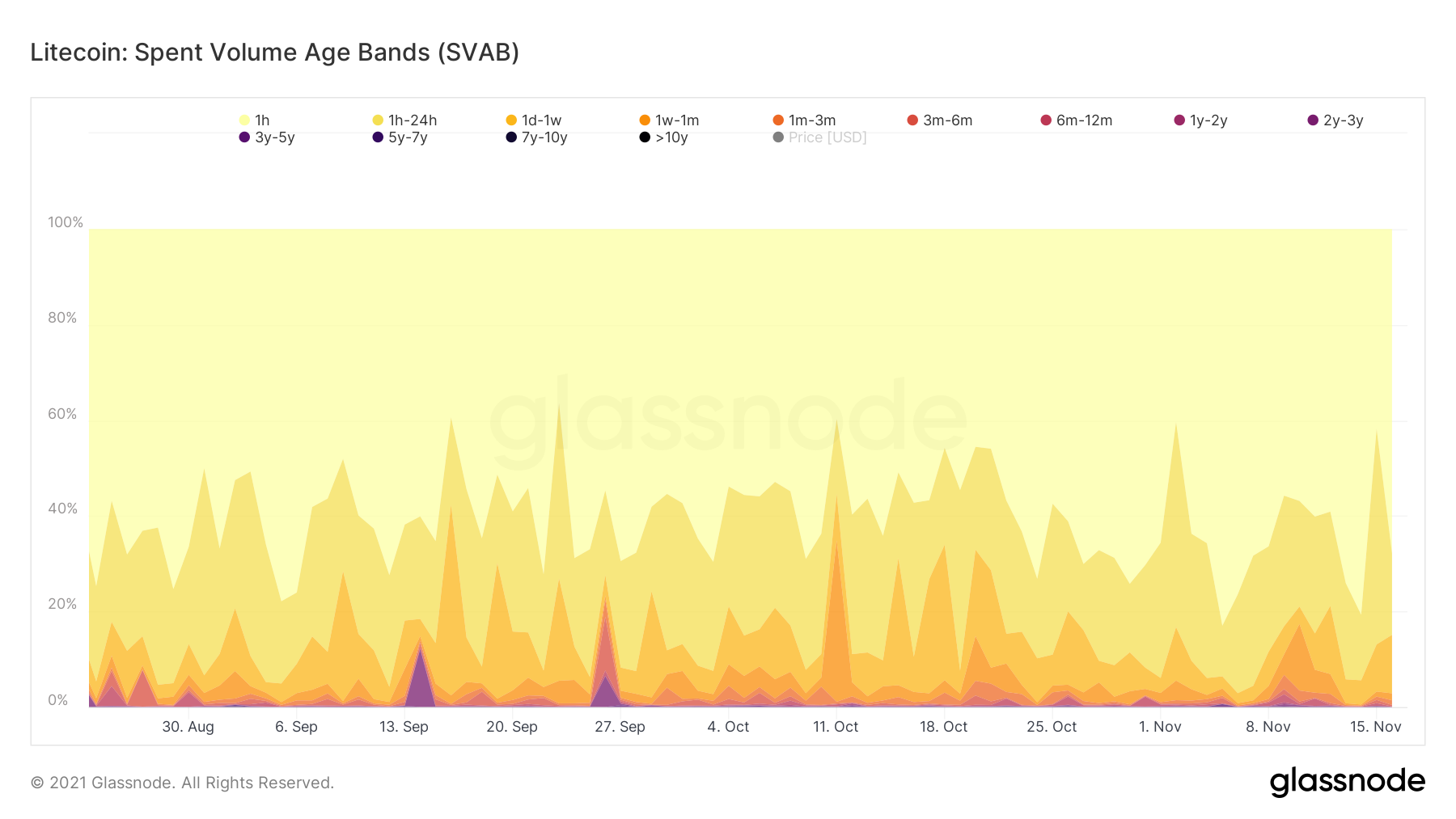 HODLing is not a common trait here, even though the avg time LTC is held is 1.6 years. Investors spend their holdings as soon as there is a hike in price. And, that spending in return probably triggers the fall on the charts. 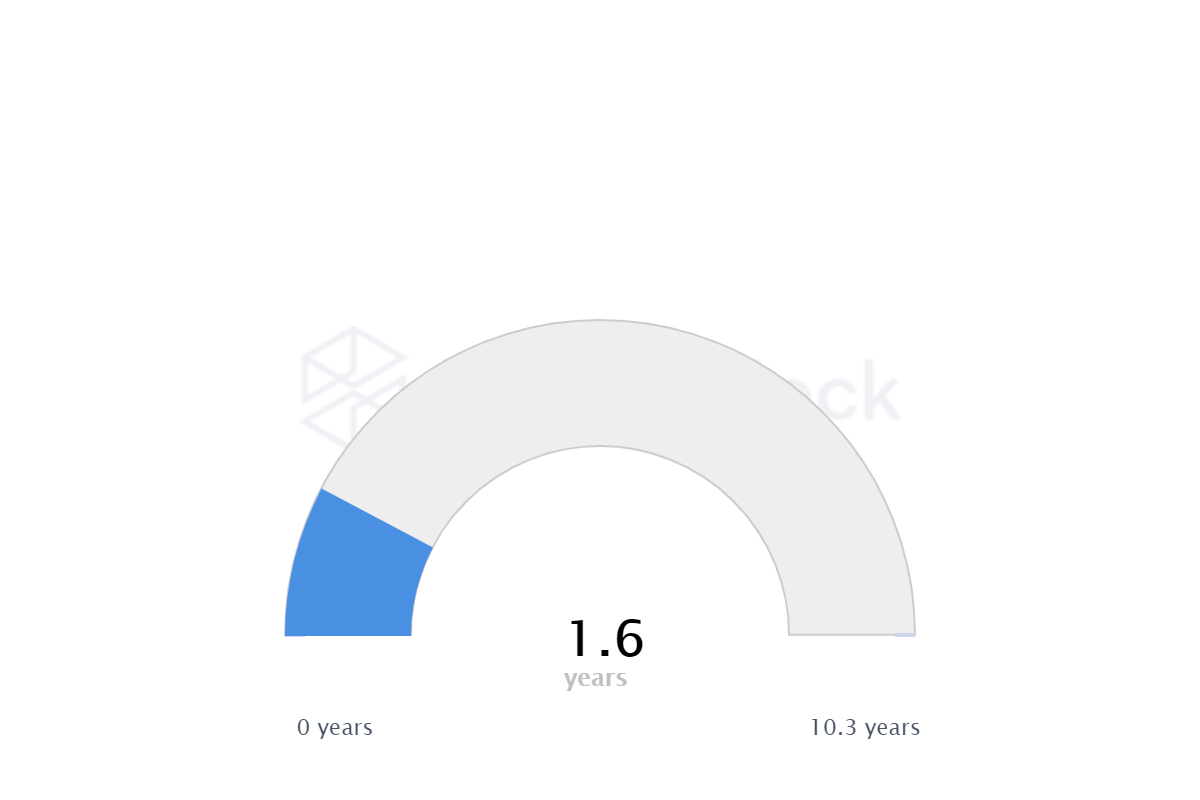 Wonder, what’s the solution to this issue?

Well, there isn’t one since this pattern is born out of investors’ behavior. It will probably continue as it has because unless investors change their behavior, nothing else will.

Related Topics:LitecoinLitecoin price rally
Up Next

Binance.US to list Avalanche after yet another recent ATH