On 23 April, the Shiba Inu Ecosystem launched a burning portal, one wherein it began burning SHIB tokens. According to a blog post published by the developers of the Shiba Inu project, the aim behind burning SHIB is to reduce the circulating supply of the tokens, hence, inducing a scarcity that would be capable of driving up the price.

To incentivize the members of its ecosystem, the developers stated,

“This portal has been built to reward $SHIB burners, with a passive income acknowledgment, in the form of $RYOSHI Rewards. Meaning that 0.49% of all RYOSHI transactions will be distributed to owners of $burntSHIB.”

However, 65 days after burning commenced and with 410,370,460,561,720 SHIB tokens removed from circulation, things have not gone how the memecoin developers expected them to. Thanks to the general downturn of the cryptocurrency market, the price of SHIB has plummeted. With the team ready to begin rewarding users who burnt their SHIB tokens, here is what we know about the alt’s performance since the launch of the burn portal.

Furthermore, 65 days ago, the market capitalization was pegged at $13.36 billion. At the time of press, this had dropped to $6.28 billion.

Since the burning commenced, SHIB has struggled to keep the bears off its back. In the last 65 days, the token’s Relative Strength Index (RSI) has been positioned below the 50 neutral region. However, the crypto saw some relief on 21 June and attempted a cross-over. 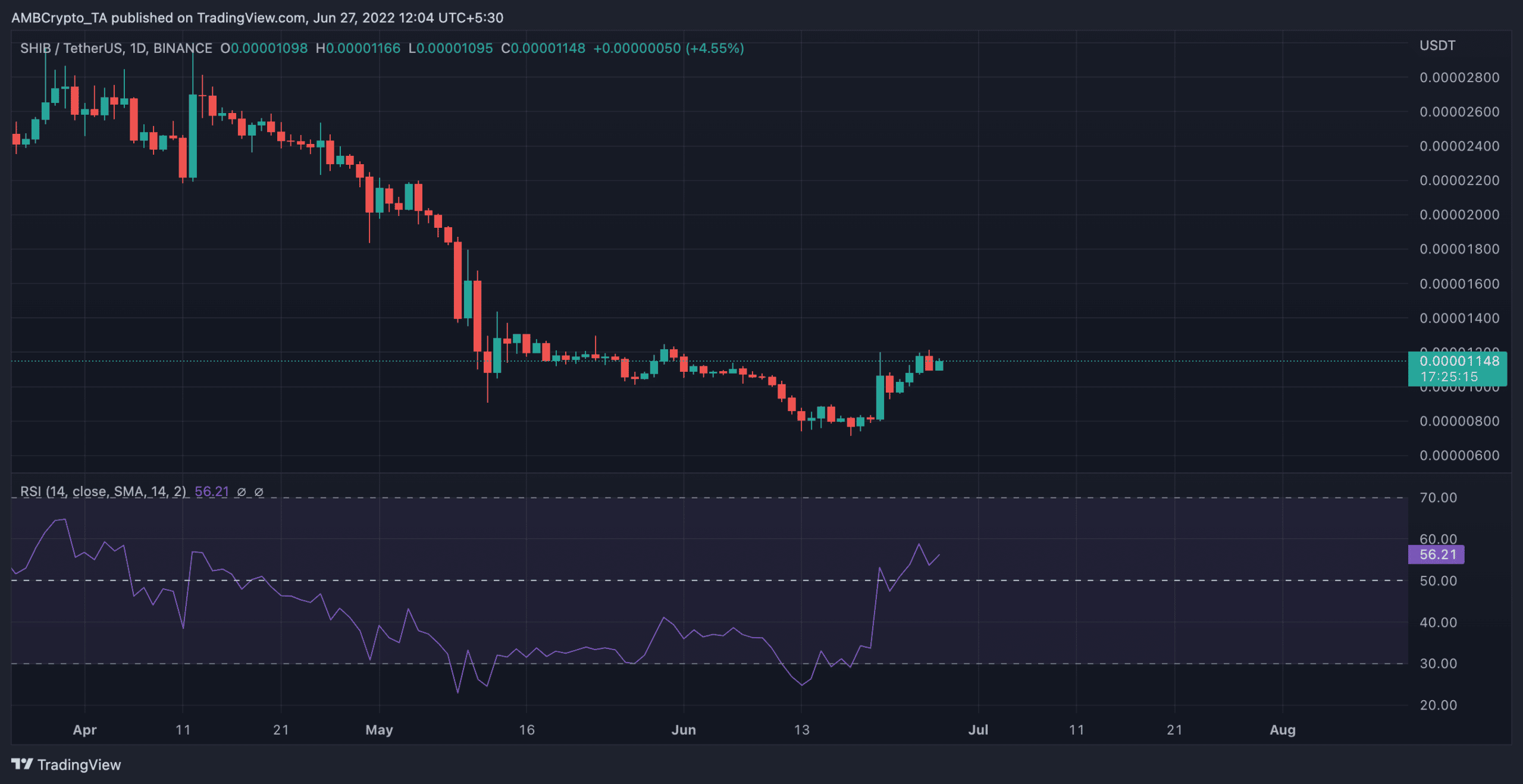 Much ado about “burning”

On-chain data showed that no significant impact was seen in the performance of SHIB despite the 65-day long coin burning.

For example, the number of unique addresses involved in SHIB transactions daily has nosedived since 12 May. By press time, the daily active users on the network had fallen by 90%.

Furthermore, Shiba Inu’s network did not see much growth within the period under review. Data from Santiment showed that the number of new addresses created on the network daily has dropped by over 200% since 12 May.

On a social front, social volume witnessed an 87% decline over the same time period. However, social dominance grew steadily, albeit with intermittent declines, to register a 10% uptick.

Pasino is combining rewards with entertainment for more user benefits