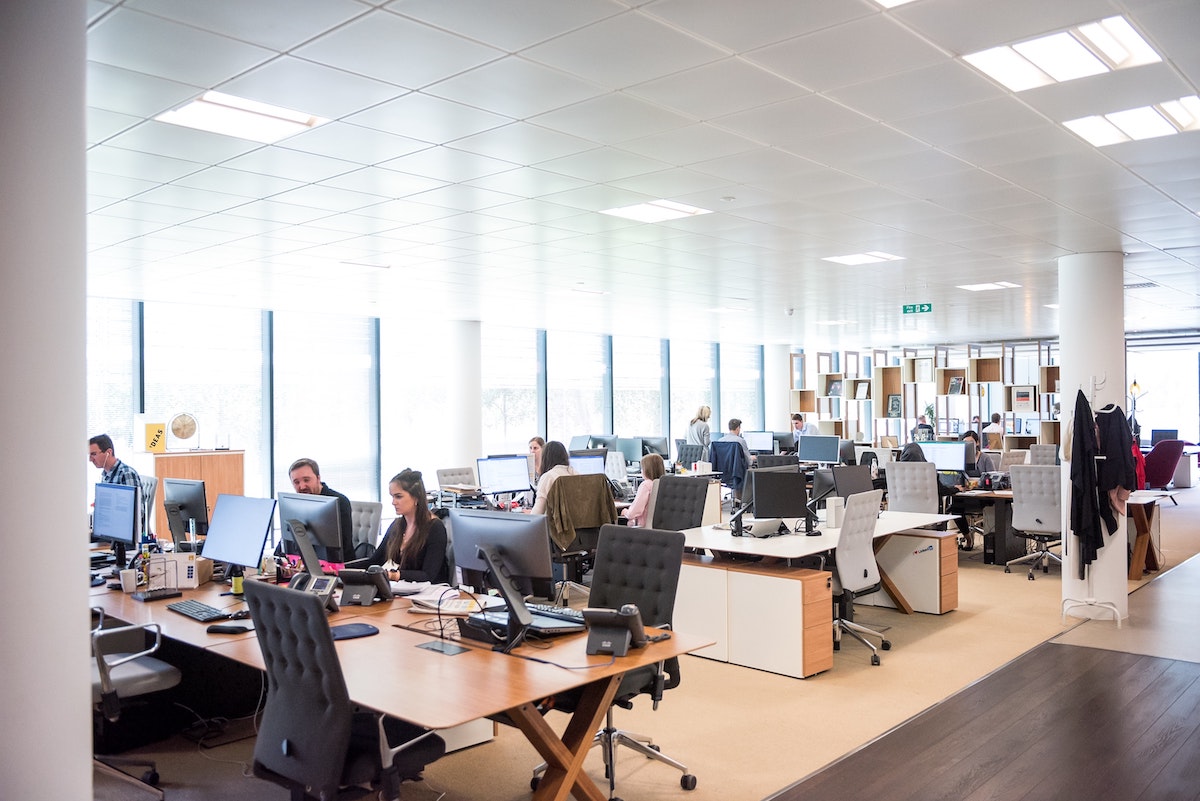 Cryptocurrencies are immensely popular right now. However, this wasn’t always the case. In fact, a survey earlier in the year had found that around 84% of U.S adults were either not interested or hadn’t heard of digital assets.

At the time, participants mainly thought of it as a “speculative” asset class, one bound to fade in the coming year. Well, fast forward to September 2021 and there has been a paradigm shift in perspectives.

Research and survey firm Skynova recently published a survey to highlight the aforementioned shift in perspectives. The same incorporated more than 1,000 working professionals, including 797 employees and 205 managers. It was conducted to look into how Americans perceived Bitcoin & altcoins for workplace compensation.

However, 9.9% are completely opposed to the idea of their employers starting to offer salaries in crypto. 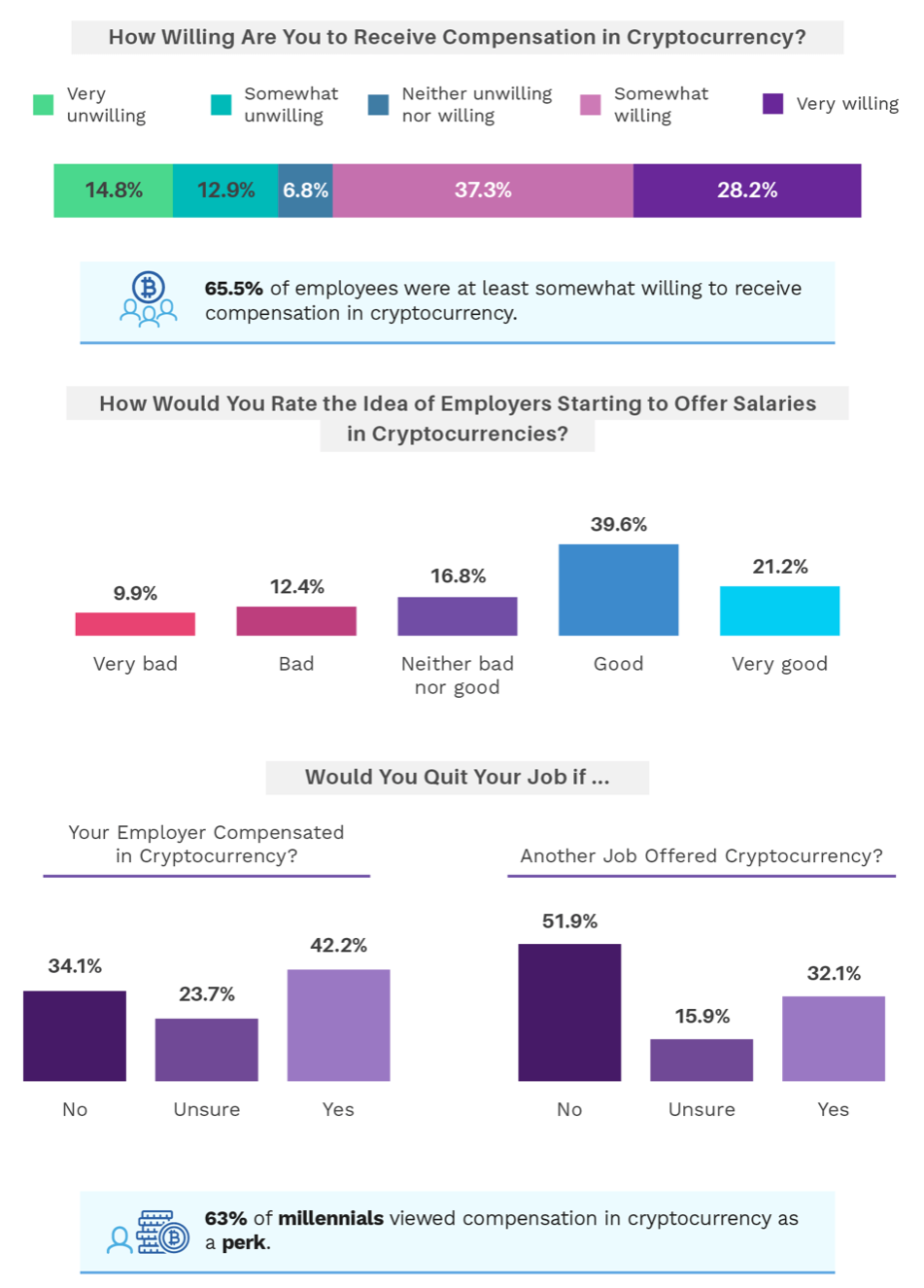 Looking into the specifics

When questioned on which crypto they would like to see on their paychecks, a majority of the respondents (74.3%) voted for Bitcoin, followed by Ethereum (32.9%), and Dogecoin (26.5%).

What’s driving this growing inclination to be paid in crypto though? Well, 45.5% of those who answered in the affirmative believe crypto is the future of currency. Other motivations include the potential for financial gains (41.3%) and the diversification of income (38.8%).

There are some drawbacks of crypto-compensation too. While answering in the negative, respondents cited reasons such as market volatility (55.3%), the potential for financial losses (50.2%), and limited acceptance (44%).

In addition to this, more than 200 of the respondents were managers, often in charge of hiring and compensation decisions. The report added, 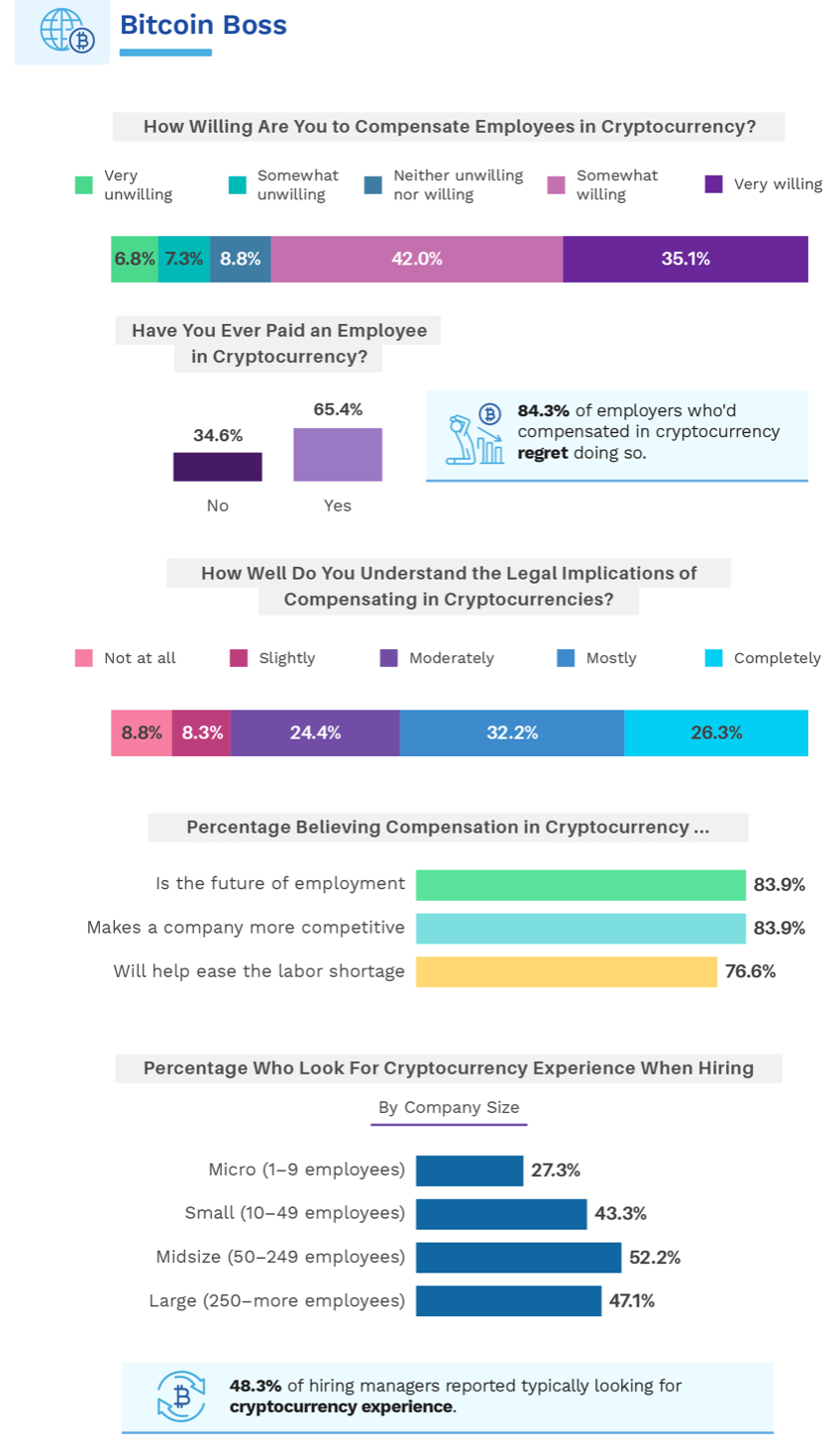 From the aforementioned data points, it is pretty clear that perspectives about cryptocurrency have changed greatly. It has gone from simply a ‘speculative’ tool to serious discussions about compensations and asset classes.

Bringing together poker and crypto with PokerFi.Finance