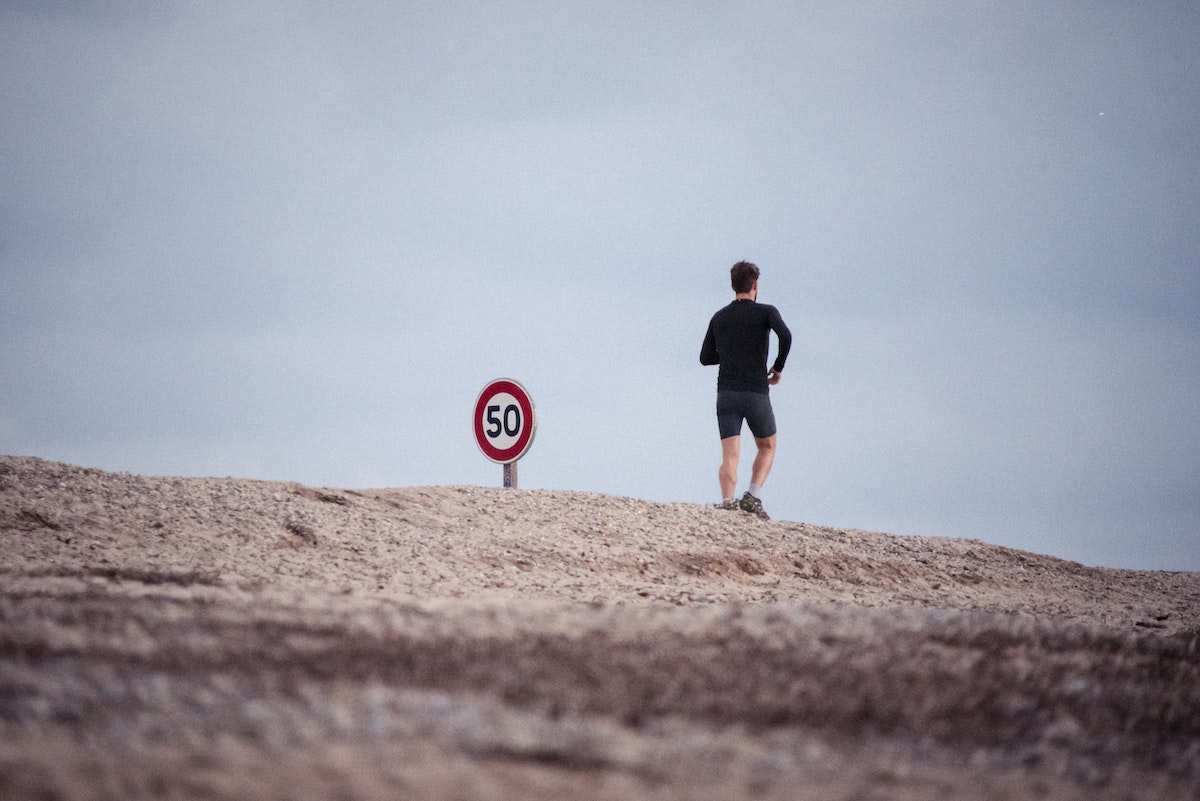 The cryptocurrency space has spent the entire year struggling as many market experts expect a deep bearish phase. Many cryptocurrencies have fallen from regions seen as all-time highs over a year ago. Although the market has been struggling, UNFI, the native token of the Unifi Protocol DAO has been able to post over 200% gains in the last 24 hours.

Unifi Protocol DAO touts to be a revolutionary approach to decentralized finance (DeFi). The project, launched in 2020, aims to bring modern technology to the financial world. But what exactly led to this massive uptick during these unprecedented times?

Amid a bear market, UNFI showcased a massive rally (going from $3.60 to $36.99), recovering the bear price action of the past year. Almost touching a new ATH. Analytical platform, Santiment highlighted this rise in a 16 June tweet that read,

Metrics such as volume, age consumed, and network growth witnessed an uptrend. On 16 June, transactional volume reached the $1.65 billion mark. The trading volume surpassed that of the major coins like SOL, XRP, TRX, AVAX, and LINK. Traders, indeed, flocked to this protocol as evident below. 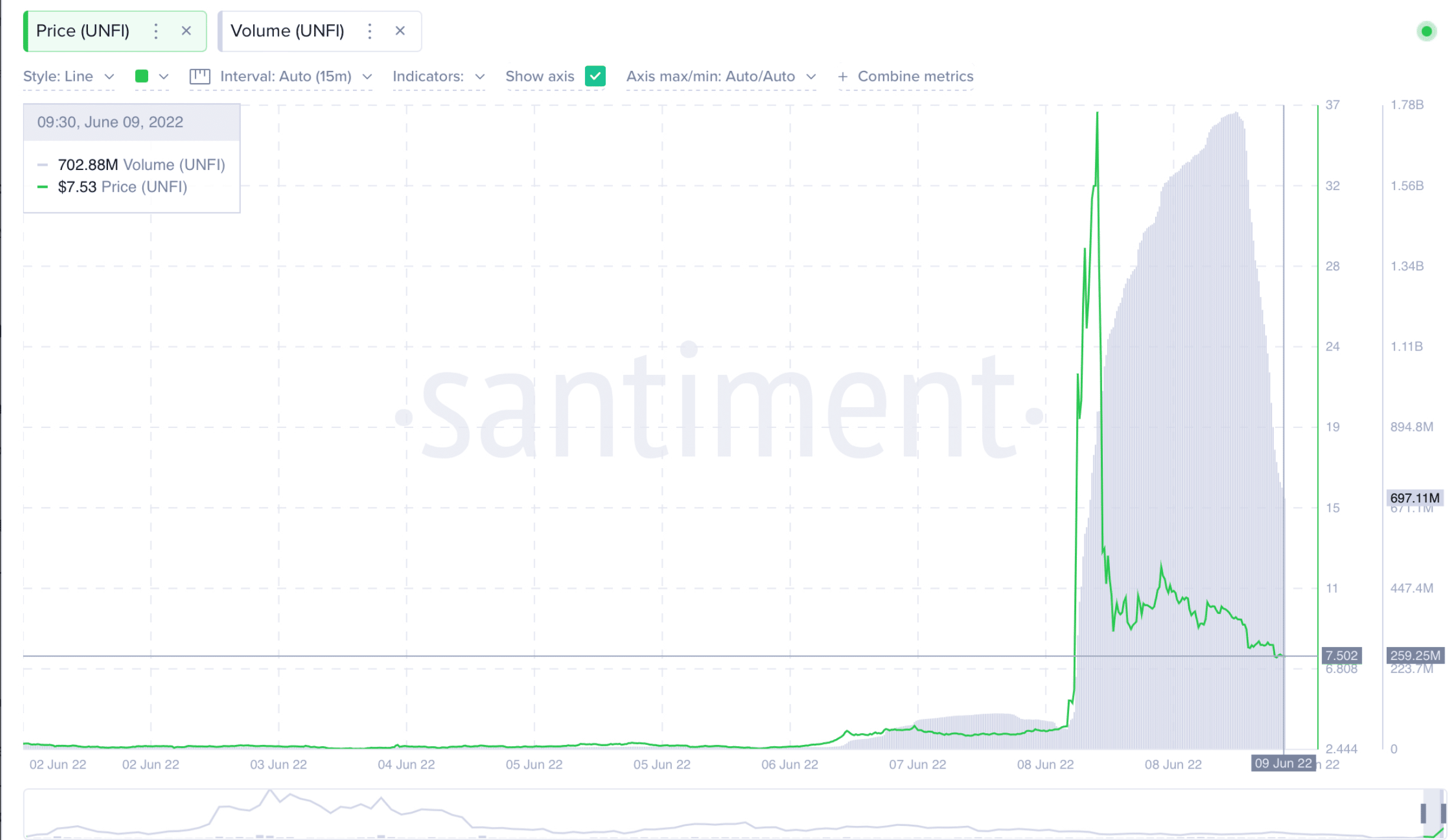 Although the rise here soon met a steep decline; UNFI eventually topped out and dropped as quickly as it rose in a classic pump and dump behavior.

In addition, UNFI’s social volume and social dominance saw huge spikes as the rally caught the attention of many keen investors/traders. Here’s a compilation of both of the aforementioned metrics. 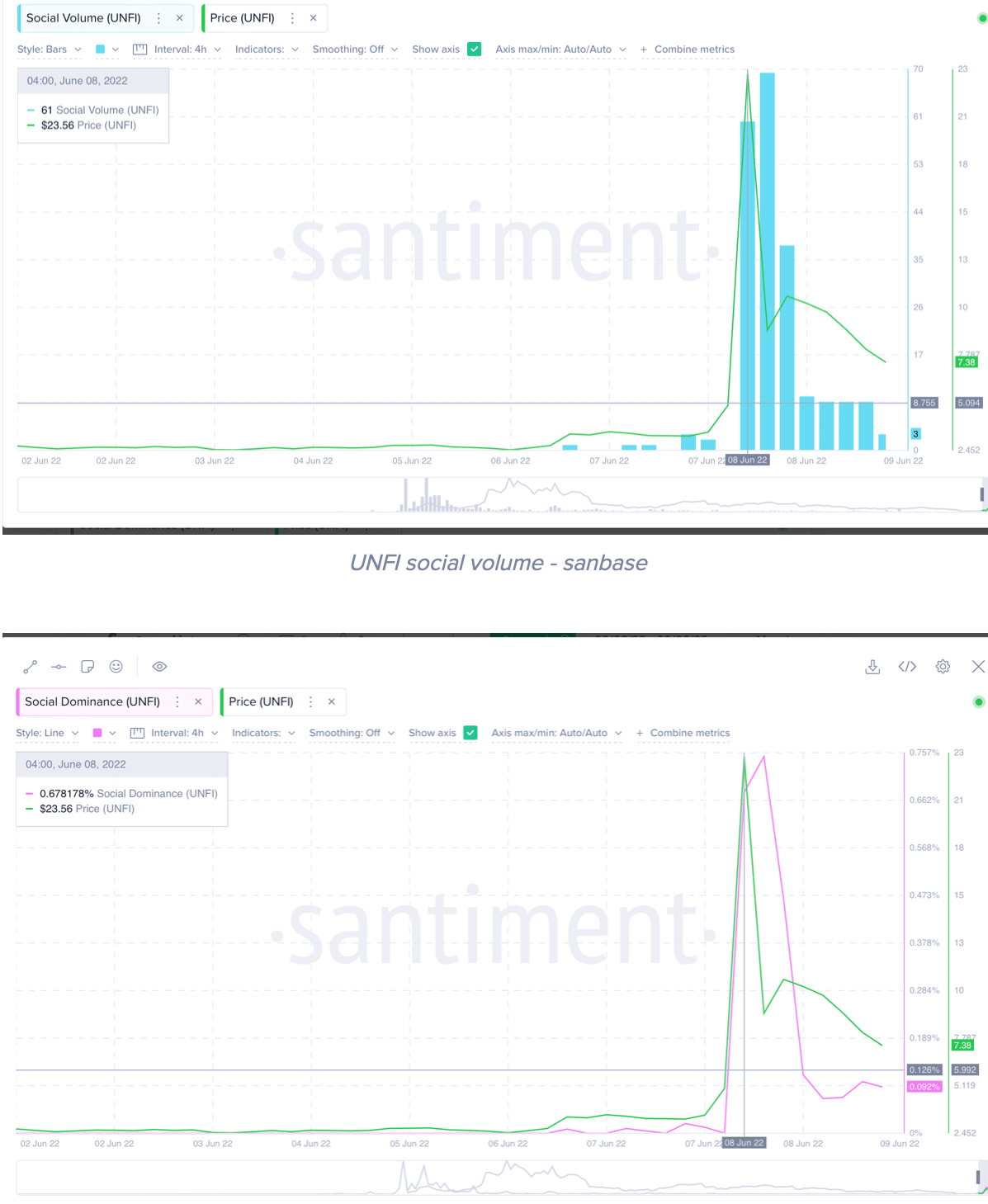 Moreover, UNFI’s Age consumed (a large number of dormant coins) saw huge spikes as well. This indicated that long-term large holders moved during the rally. They are more likely to take advantage of the pump to exit.

To support this narrative, UNFI’s active deposits (the number of unique addresses making deposits to exchanges), painted the same picture. Thus, further strengthening the case of exit liquidity for the flagship protocol.

“Now, we are seeing the birth of new community members, as UNFI changes hand.”

At press time, UNFI suffered a fresh 5% correction as it dropped back to the $5.7 mark on CoinMarketCap.

Related Topics:SantimentUNFIUnifi Protocol DAO
Up Next