“Bear Market” seems to be the new trending term in the crypto space these days. Many analysts have been using this term to make predictions about the market going forward, keeping Bitcoin as their focal point. Joining this bandwagon, some traders and on-chain metrics analysts added fancy charts to their tweets to make their predictions seem valid.

However, with the active market dip, Whales now have everyone’s attention, as their recent movement has been suggested to cause the market’s negative momentum.

Ki-Young Ju, CEO of CryptoQuant recently put out a series of tweets analyzing the current market conditions. His analysis’s prime focus was on Whales’ shifting positions as recently some huge amounts of selling were observed in the market. In the last 24 hours, Whale selling has increased significantly. Adding this to the already stunted Bitcoin movement, he confidently declared,

“I hate to say this, but it seems like the BTC bear market confirmed.” 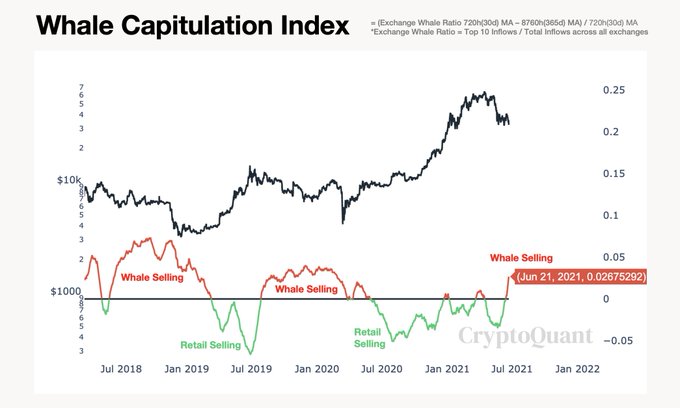 A similar pattern had been observed in 2017 as well when 5 waves of whale selling took place, and even then it did not lead to a “bear market”. In a post halving bullish phase, Whale selling has been observed as non-threatening since it comes right after strong retail selling which improves liquidity in exchanges.

This has resulted in a price rise as buying becomes stronger right after. 2017’s wave of whale selling led to BTC climbing the price chart. This active wave can be also be interpreted as a short-term whales taking-profit. 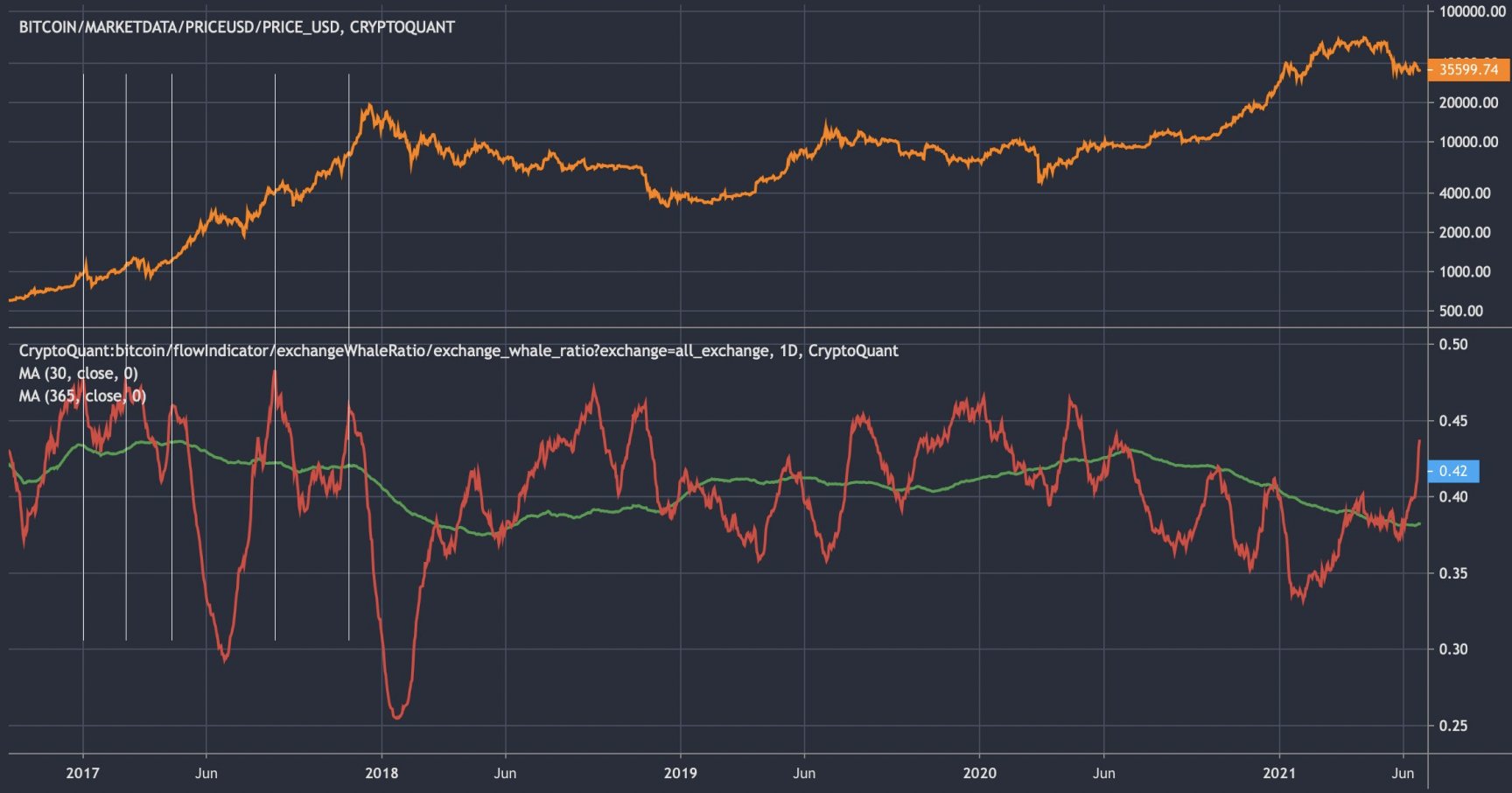 To answer the question which brought you here, no Bitcoin is not in a bear market at the moment and no indicator can accurately predict that either. Observing price movement and assessing actual metrics can help you determine short-term movement. Investors should follow a similar pattern of observation and assessment in determining their positions concerning BTC trade.

Dogecoin: Why ‘Even Elon can’t save this with his tweets’

‘I sold almost all of my bitcoin’ vs ‘buy the dip’: which makes sense?