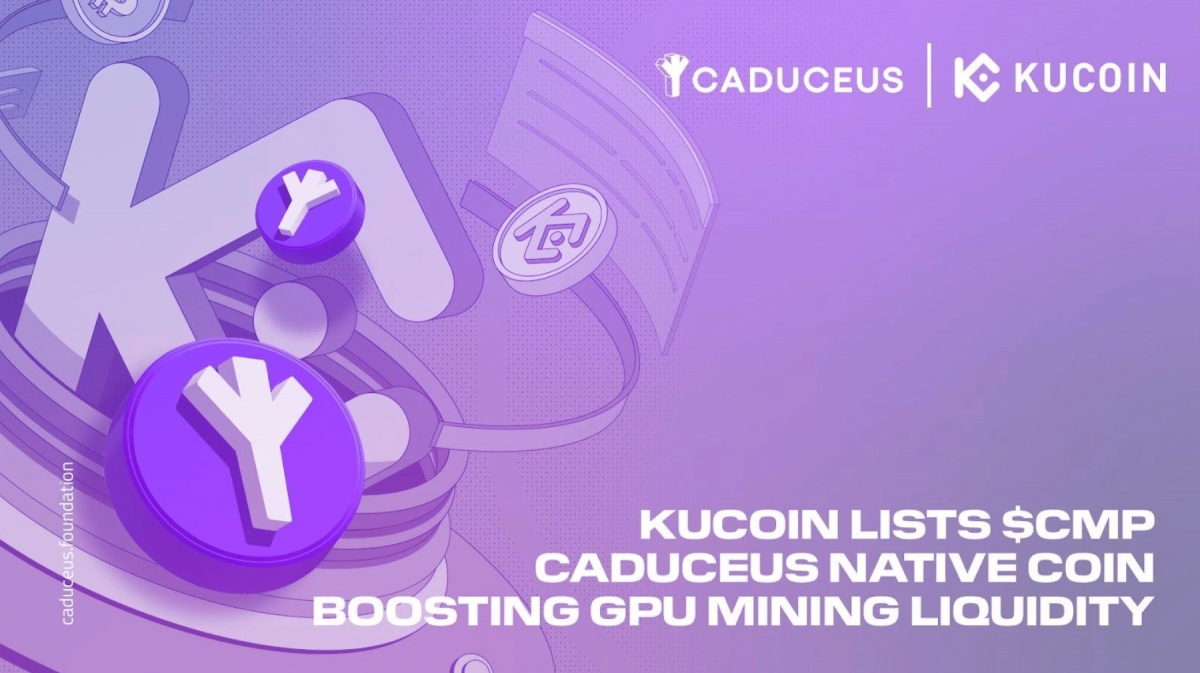 KuCoin, the world’s top digital asset trading platform, will list CMP, the Caduceus Metaverse Protocol native blockchain coin, on September 14th, 2022, according to media reports. A CMP/USDT trading pair will be released at 10:00 am UTC on September 15th, 2022, along with other trading operations.

Caduceus can deliver similar benefits across the entire public blockchain landscape, in which 60% of blockchain dApps require edge rendering resources. Caduceus will also be used extensively by the film, TV, gaming, and entertainment sectors, and is expected to announce multiple resourcing agreements soon. Caduceus’ decentralized edge rendering client is scheduled for launch in Q4 2022, with numerous dApps already integrated into its ecosystem.

Caduceus Metaverse Protocol delivers a fast, efficient, and low-cost metaverse experience through a diverse range of cutting-edge applications and a commercial capacity blockchain, and with CMP now listing on KuCoin investors can look forward to a stable, long-term economic outlook for the project.

Ultron Foundation and Devla kicking off with the best football Metaverse