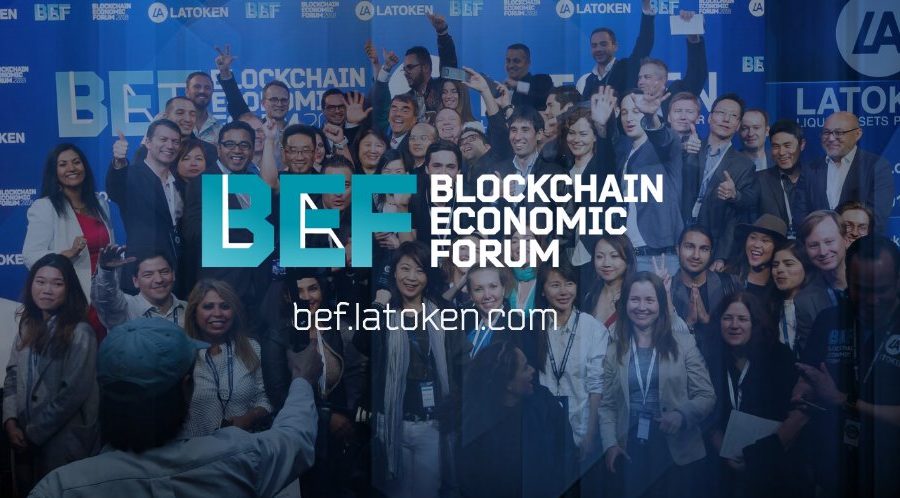 Blockchain Economic Forum in the US gathered 600+ VC partners, lawyers, tech entrepreneurs, and crypto experts. The 7-day event has been held in Los Angeles, San Francisco, and New York, and have proven LATOKEN to be the leading security offering expert.
Valentin Preobrazhenskiy, LATOKEN CEO, during BEF USA opening, said,

“The situation outside the US is different. Investors in Asia, Middle East, and Europe have little access to the US VC backed startups while facing less regulation. This is why liquidity for US security tokens will start outside the US. This is our focus to structure Initial Exchange Offerings outside the US for american startups and VCs”.

STO Legal Structure
Security token offerings [STOs] and the US financial regulator position concerning this issue was one of the key topics at BEF USA. LATOKEN with 12 security tokens listed on the exchange has huge experience in the field. Most heated discussion on the topic was during ‘Securities and Crypto Markets Regulation’ panel in New York part of BEF.
Rika Khurdayan, Dilendorf & Khurdayan partner, American legal firm that recently has officially become LATOKEN partner said,

“In the US, digital security offerings are normally structured as a private placement. It’s a good old combination of Reg D and Reg S sale”.

Reg D allows you to sell securities in the US without SEC approval only to accredited investors, explained Khurdayan. There are no limitations on the number of funds you can raise. But there is 2000 shareholder limit before a company is considered public, so after reaching this number, it has to be officially registered. Yet, as Khurdayan shared, this ain’t a big deal.
Khurdayan noted,

“2000 shareholder rule is not a big problem as people do think. There are differences that apply to the US and non-US issuers. If you are non-US issuer you can have over 2000 stakeholders until you don’t have over 500 US individuals . Plus, on the US side, there is a distinction between equity securities and non-equity securities. And you can structure the token in a way one won’t be considered as equity security”.

SEC Attitude Toward Crypto
Majority of attendees still agreed that regulation of the securities market in the US is pretty harsh and makes it too hard for some local and non-US entrepreneurs to raise funds. Companies are lobbying to change it, still, this is too hard.
Alexandra Scheibe, Partner of Blockchain Group, said,

“We do have some clients that submitted documents to SEC with the idea, that they don’t want to limit the sales to accredited investors under Reg D and want to sell securities to anyone. But federal review processes are quite long”.

One of the panel speakers was Dina Ellis Rochkind, Of Counsel at Paul Hastings. She was a lead staffer in the Senate of JOBS Act, a landmark piece of legislation signed by President Obama that allowed entrepreneurs to go public and advertise their capital raisings. According to Rochkind, despite rising blockchain adoption, SEC keeps to conservativeness on cryptocurrencies.
Rochkind said,

“Crypto blockchain industry decided to reinvent the wheel and just run and don’t comply with the security laws and create a brand new kind of asset class. There are opportunities to change laws, but I don’t see that SEC wants to come with a new ‘song sheet’, just because of the new underlying technology”.

Airdrop of ICO Tokens is Likely Sale of Security
SEC keeps conservative attitude not only towards security offerings but regarding popular among blockchain startups marketing tool – airdrops.
Barbara Jones from Greenberg Traurig that have participated in the panel discussion about security offerings in BEF Los Angeles, commented,

“If you don’t want to have problems with the US laws, you should forget about airdrop”.

“Back to 1999, there were a series of cases called ‘free stock cases’, where airdrop-like companies were issuing and pulling out free stocks. SEC enforcement came down on those companies and issued four different enforcement proceedings against them. So SEC doesn’t like airdrops and anyone in the US needs to know that”.

“Even if you do an airdrop among accredited investors and pull off a small number of stocks, SEC view that as your attempt to raise interest to your project, or to create a trading market, either of which or both are going to increase the value of your company and its tokens. This is a speculation and they don’t like it”.

LATOKEN team during the New York part of BEF USA

During the New York part of BEF USA

At the hall of the New York part of BEF USA