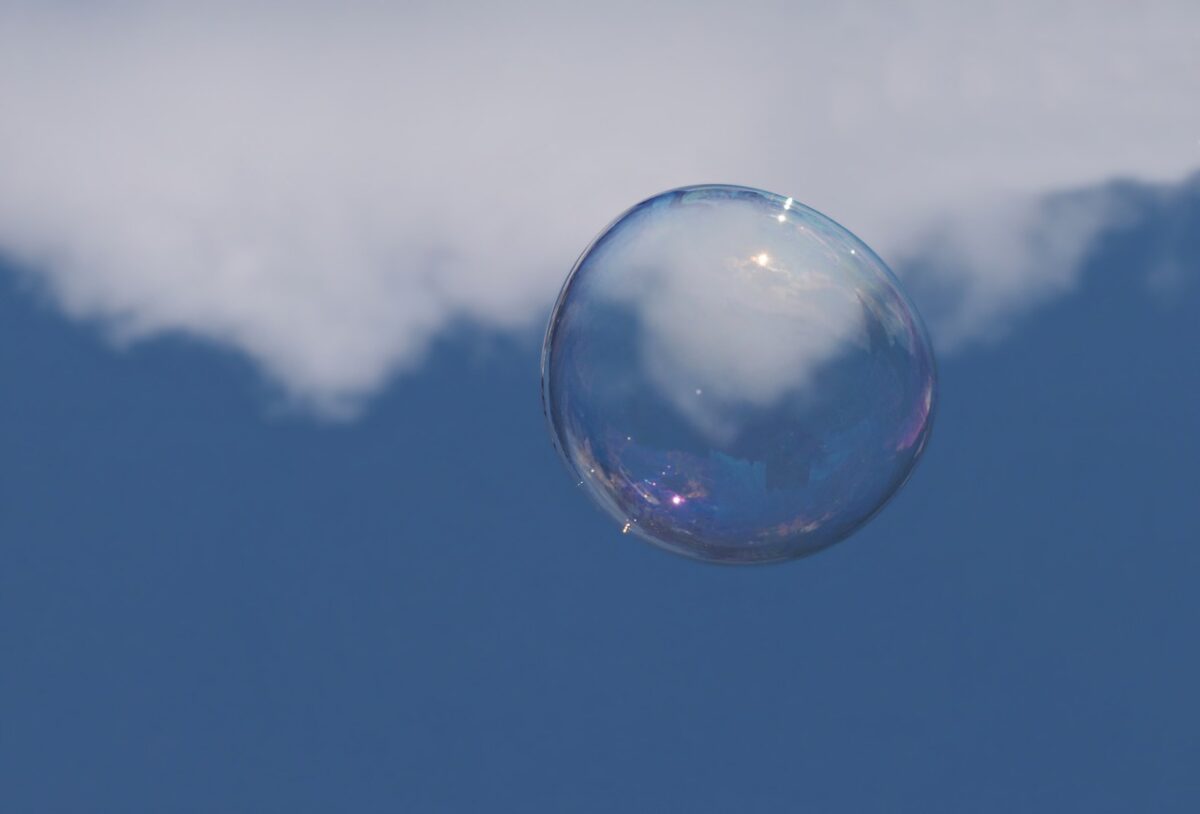 Ethereum‘s market has been limping of late due to persistent attacks by the market’s bears. The asset, at press time, had lost nearly 50% of its value from its peak of $4,378. With ETH trading at $2,159, selling pressure was dominant on the charts. Ergo, it’s only understandable that ETH’s price performance has provoked the question – Is this all for Ethereum?

These theories are highly debatable. The on-chain metrics remain confusing as market volatility has left many new investors panicked. To get a clearer picture of the current state of the bull market, a look back at the 2017-2018 bull cycle is necessary.

Recently, Santiment found stark similarities between 2017-2018 and the current bull cycle. However, its conclusion might not excite a lot of investors.

Is this bubble about to pop?

In 2018, when the market corrected after the bull run, many called it a bubble that had popped. As ETH continues to tumble lower, it is hard not to find similarities between the end of the last bull cycle and the current period in the market. Currently, ETH’s price is following the trajectory of 2017/18’s price action with bears still dominating the market.

Interestingly, the long-term holders of Ether are still in profit. This means that the asset is not yet undervalued. However, while that might sound good, it may not be as good as it sounds. 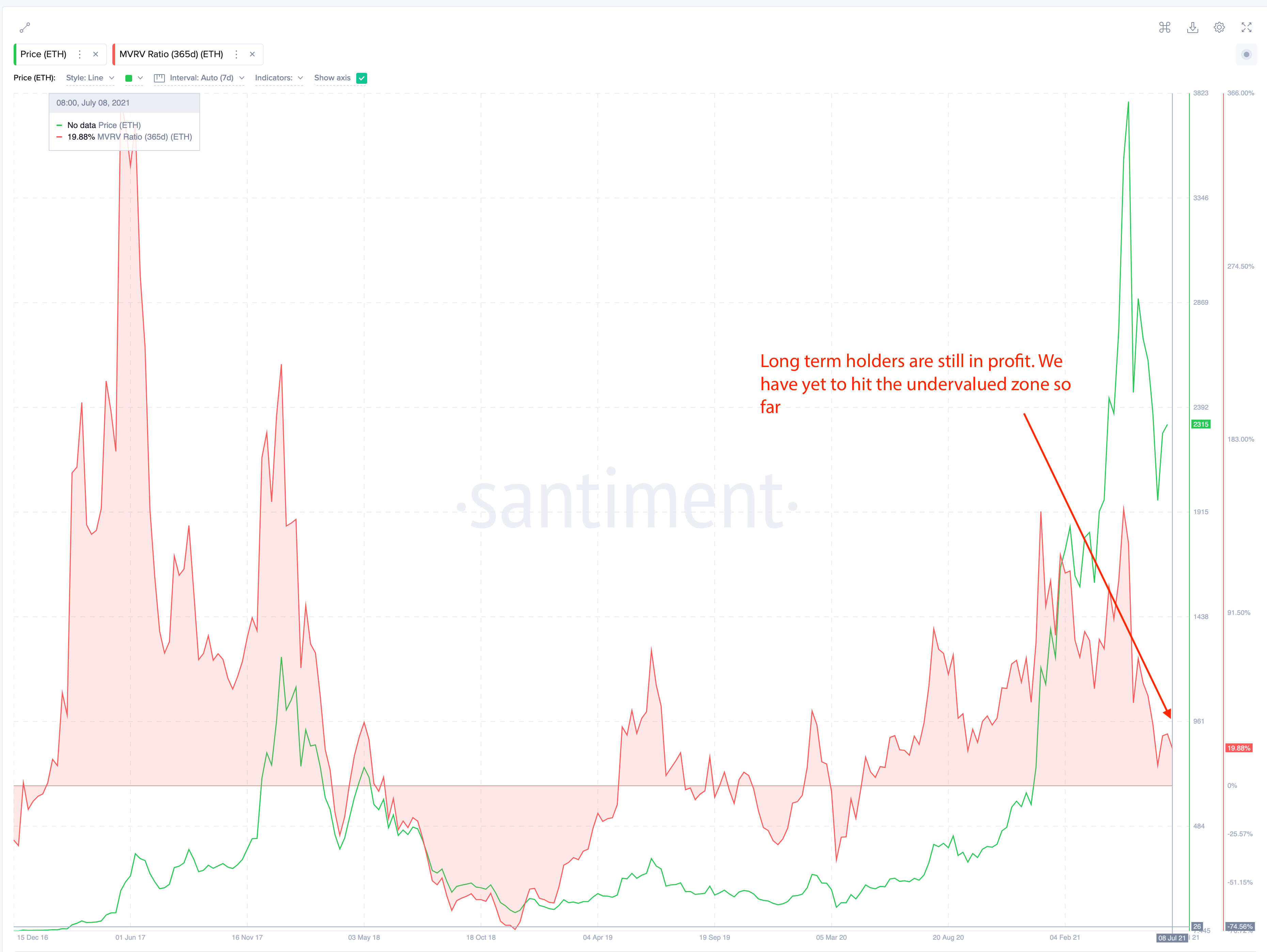 What this finding also means is that there might be more corrections taking place in the market and with the price noting a bearish divergence, ETH’s price could suffer another hit.

Additionally, the supply on exchanges hit a year low, a sign of lower sell pressure. However, this was also seen back during the 2017-2018 bull run when there was a similar drop until the market realized that “it’s all over for ETH now.” Following the same, they rushed back to exchanges. 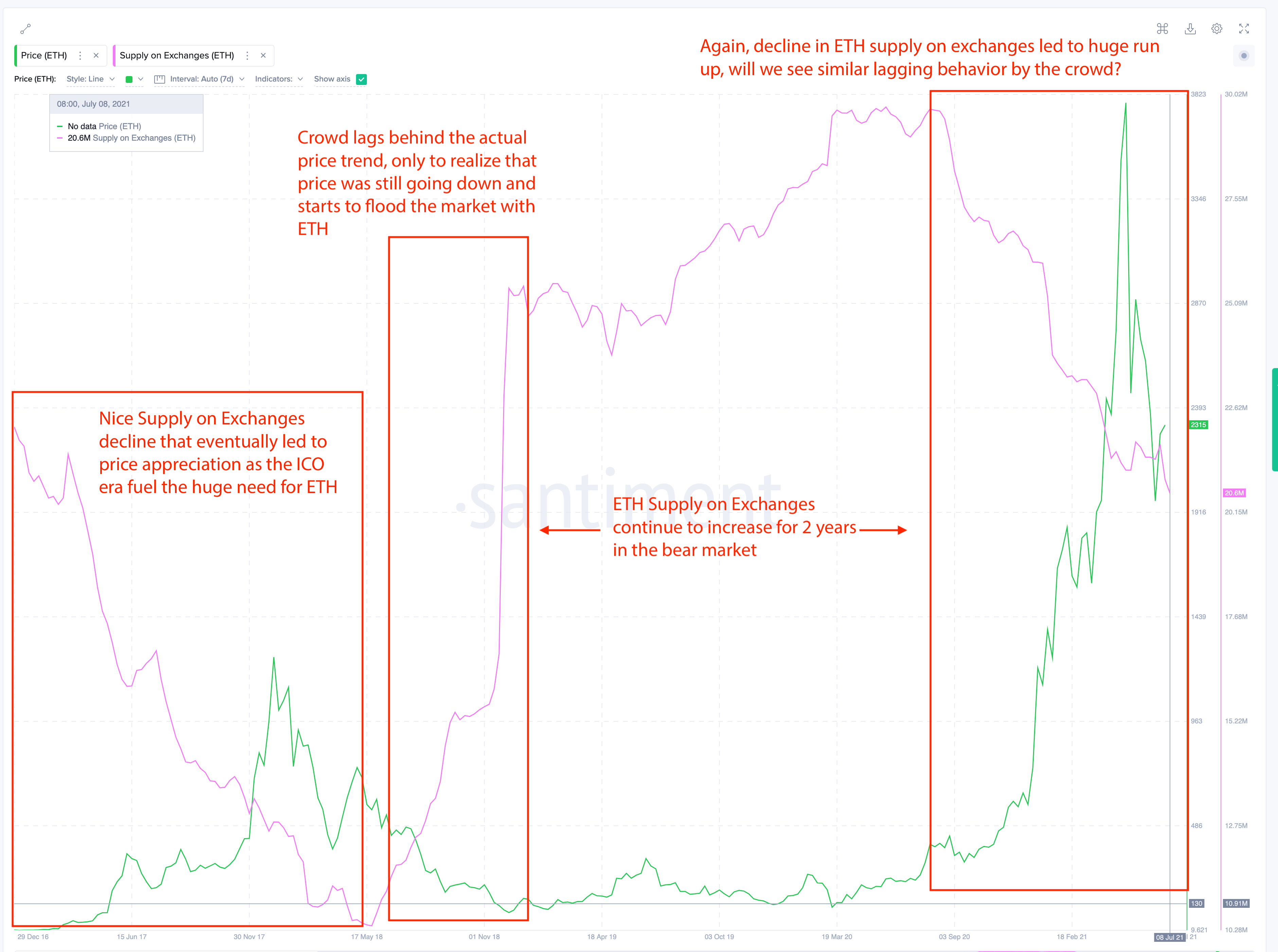 While there are some similarities between the 2017-2018 bubble pop and the current market, Ethereum has grown exponentially since. Ethereum can be staked now, and with EIP 1559 being added to the blockchain, there could be trends evolving that could change things for Ethereum’s future.

Although the network growth has lagged compared to the previous bull cycle, this could be due to the high gas fees and alternatives to its DeFi ecosystem like Polygon and Fantom. However, it would be too soon to say that this bull cycle is over. That’s the lesson Ethereum’s traders can take from its market right now.

XRP Lawsuit: Is the SEC worried about what Hinman’s deposition might reveal?