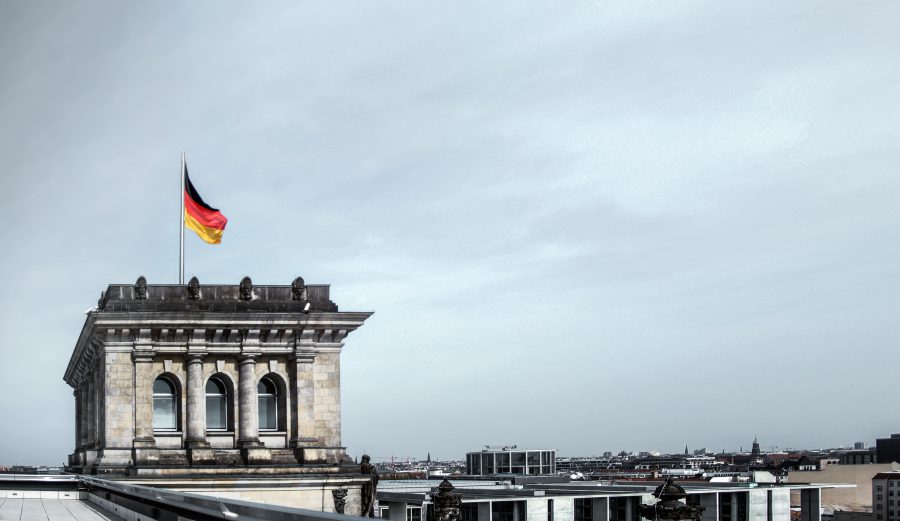 The European push for a CBDC [Central Bank Digital Currency] will begin in Berlin. After weeks of beating around the bush, a clear call for a digital Euro has come from a consortium of over 200 German banks.

On 30 October, the Banken Verband, or the Association of German Banks, comprising of notable banking and financial institutions like Deutsche Bank, Credit Suisse, Bernberg, and Commerzbank, released a report that could not be more clear about the “need” for a digital centralized currency. The report was titled, “German banks say: The economy needs a programmable digital Euro.”

The report called this digital payments race ushered by Facebook with their Libra project, the “Fourth Industrial Revolution,” adding that it can pose a “structural change in the global economy.” The aim of the paper, the Banken Verband said,

“This makes it all the more important to achieve a social consensus on how programmable digital money can be integrated into the existing financial system.”

Based on the above premise and the known competitors in this space, both public and private, the report expanded on their structure to the digital Euro project. Tying it together with individual country’s monetary systems as well as the bloc’s, the paper presented how the CBDC would work with private and central banks.

The Association stated that if a “global crypto-asset” is to be launched, it must be from a single or a consortium of central banks. Facebook’s push with Libra, a “private global digital currency” backed by a basket of five fiat currencies, would only “exacerbate economic conflict,” according to the report.

“Massive inflows and outflows of capital could, for example, seriously upset a country’s economic equilibrium. Corrective tools used so far, such as exchange rate or interest rate adjustments, would lose in effectiveness if the new form of money were to meet with a high level of acceptance. Measures geared more to tackling symptoms would also lose their applicability.”

Hence, a global digital currency by a profit-focused private company would not be “in the interests of a global community.” It should be noted here that both France and Germany have signaled their intentions of banning Libra, if an when it launches.

Digitization, as a whole, can be furthered through the implementation of a sovereign digital currency. The question remains, who will lead this digitization race? The German banks are concerned that China and America will lead this race, causing a ‘polarizing’ effect for the rest of the world. Europe could be left behind in this two-horse global finance architecture race. In this regard, the report read,

A smart contracts-based system should be ushered, it said. For this, the banking industry should work with European central banks to ensure that the shortcomings of the traditional payments system are addressed. These common standards should be primed on a pan-European level, and is the “only way to withstand the competitive pressure from the U.S, and soon, probably also Chinese technology companies.”

Regulation, they argue, should be “technology-neutral,” based on its economic purpose and the amount of risk taken on. However, they caution, a technology company cannot play dress-up; if they offer banking services they should be “regulated like a bank,” a criticism many have hurled at Facebook and Libra.

To standardize the regulatory procedure, the Association pitched the need for a “uniform digital identity standard” which can be traced to “legal persons.”

On the question of taxation of digital assets, the report placed the onus on German tax authorities to judge whether the “programmable digital money” is a currency or an economic good. This would be required for wallet management and tax enforcement, especially in third-party countries. The Association added,

“It must be ensured throughout the EU that national tax law does not pose an obstacle to the use of programmable digital money.”

From smart contracts to taxation, the “position paper” by the Banken Verband is by far the strongest and most detailed piece of literature on CBDCs coming out of Europe and confirms the intentions of a digital Euro. Previously, there were inklings made by the Bank of England Governor Mark Carney, and the Deputy Governor of the Bank of France, Denis Beau, of the motivations to issue a digital Euro, mainly stemming from fear, rather than need.

Germany, finally, has produced the structure for the need for a Digital Euro.