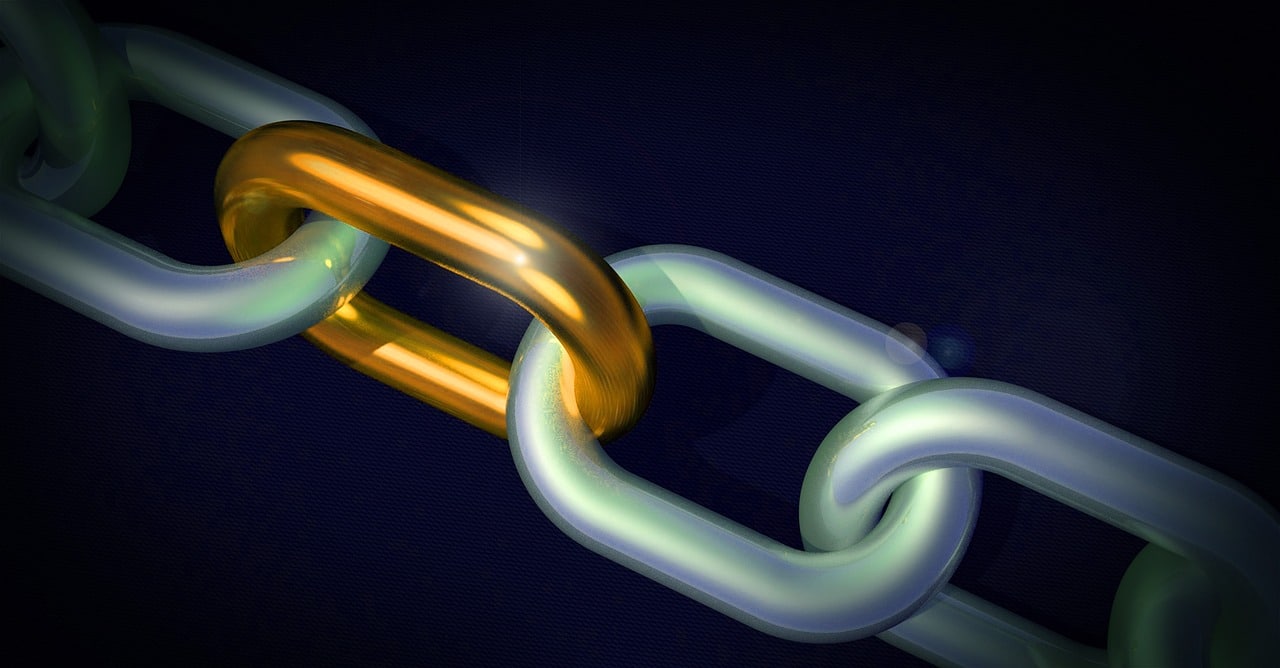 The crypto market had quite an interesting week which started off with some uncertainty associated with market data. However, a mid-week rally ensued and LINK is among the cryptocurrencies that jumped on the bullish bandwagon.

LINK kicked off the week with a bit of a bearish pullback before embarking on a strong rally. Its price action experienced an uptick by as much as 31% from 27 July to its peak at $8.12 on 29 July. The rally allowed LINK to break out of a key resistance level that has been active since mid-June, where it has remained below since then.

LINK’s latest price action also confirms strong demand in the market especially after breaking out of its long-term wedge pattern. Short-term profit taking previously restricted its upside, but its rally this week confirms the level of demand in the market. The rally also notably took place after briefly taunting the downside, resulting in a bear trap. Some investors expected some downside from inflation and recession data, only for a bullish outcome to leave short sellers trapped. 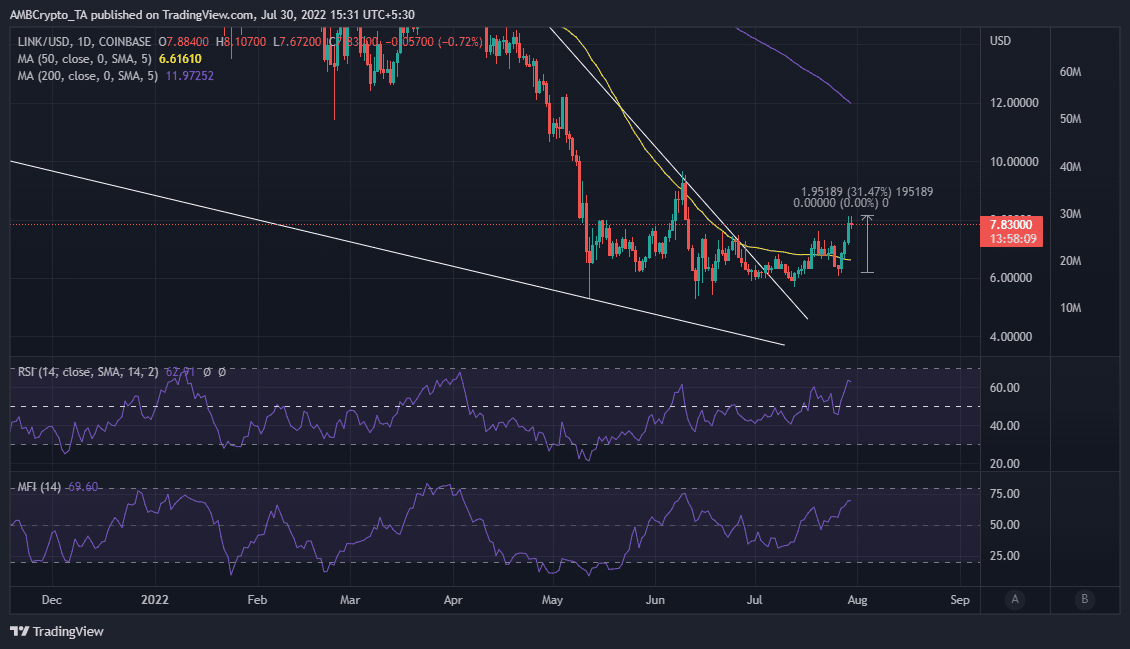 Although the strong upside managed to push the price back above the 50-day Moving average, the price remained within the neutral zone. However, the Relative Strength Index (RSI) did push closer to the overbought zone, but there is still some room for more upside.

LINK’s next major resistance level is near June’s peak at around $9.6. As far as its ability to continue on the bullish trajectory is concerned, any subsequent downside pressure has been severely limited. The rally was also backed by healthy network growth after bouncing back from its lowest monthly level.

The rally was also backed by healthy growth in active addresses. However, the active addresses are still relatively low compared to the peak of activity at the end of June. LINK is still in a healthy place in terms of utility. Roughly 58% of the LINK in circulation is currently held in smart contracts. 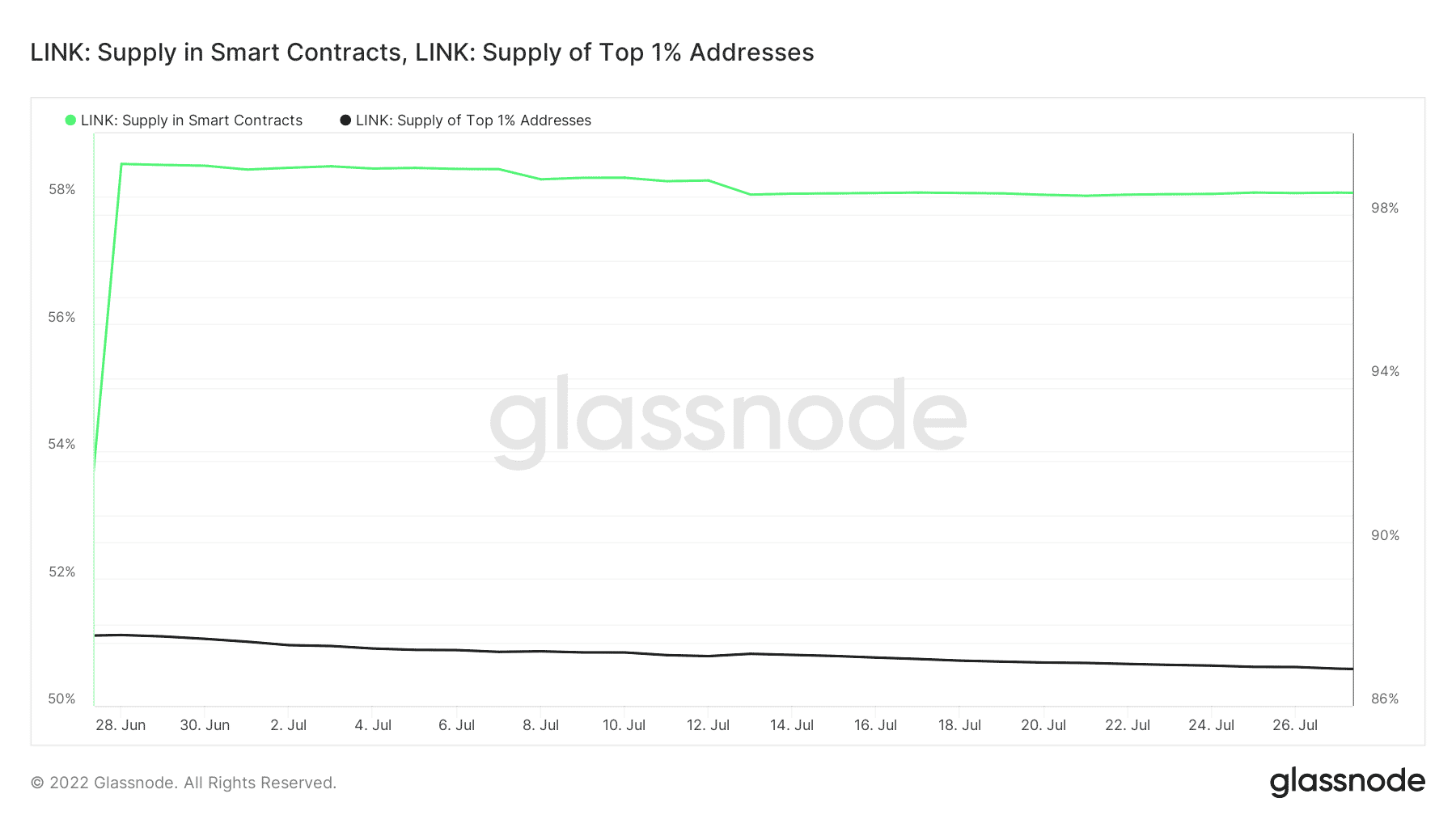 Most of the LINK’s current supply is also held by the top whale addresses although they have been reducing their balances gradually. The supply held by the top 1% addresses dropped from 87.73% to 86.90% in the last 30 days.

Furthermore, the top addresses are still holding on to a substantial amount of LINK, while the network growth is recovering. These are healthy signs not just for LINK’s short-term but also for its long-term performance.

Yearn.finance enjoys 80% rally in the last week, but there is more to YFI than this