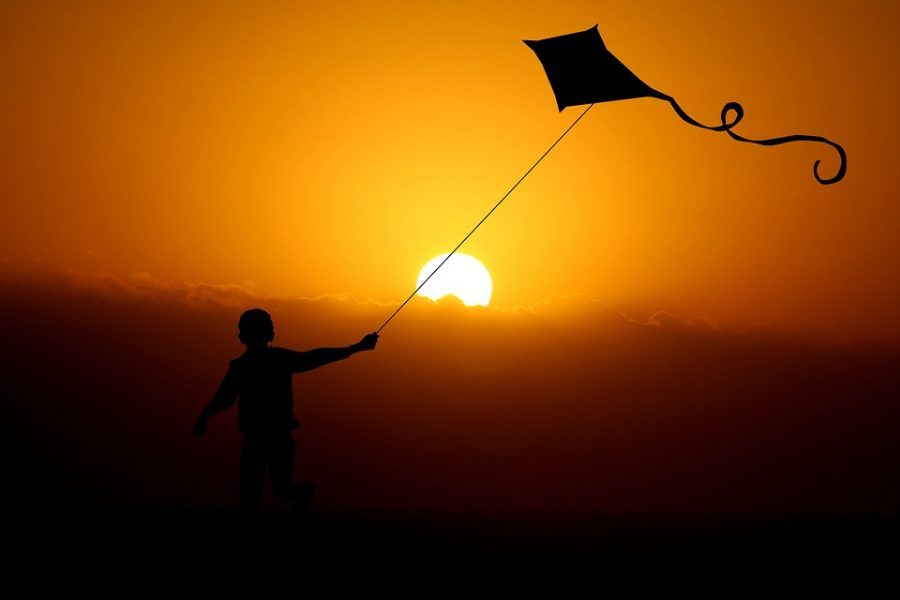 Of late, speculations around a forthcoming altseason have been the most trending topics in the crypto-community. But, what exactly is the significance of the same?

As covered by AMBCrypto in the past, Bitcoin’s shrinking dominance has been the talk of the town for a while now. At the time of writing, for instance, Bitcoin’s Dominance rate (BTC.D) stood at 42.03%, as per TradingView. On the back of such a finding, expectations associated with an altcoin rally are only bound to increase even more.

Kaleo, a widely recognized trader and analyst, is one of those to fan such expectations, with the crypto-proponent recently commenting on his sky-high expectations for Litecoin (LTC), Binance Coin (BNB), and EOS in a series of tweets.

As per his bullish narrative for LTC, Kaleo forecasted a massive price pump towards $2000. It should be noted, however, that he did say that he would be content with the $1000 – $1200 mark. Furthermore, he bought the coin in question every day while it traded under $500.

When compared to LTC’s 2017 bull run performance, the altcoin’s latest charts have been picturing a similarly bullish trend as well. Ergo, LTC could surpass the $1000-mark once it breaks even.

Kaleo isn’t the only one either. In fact, another crypto-proponent rode the same LTC bandwagon to put forward his approach.

Next on his shopping list was Binance’s native cryptocurrency – BNB.

With reference to the aforementioned tweet, the $680 break-even level could signal BNB’s entrance to price discovery. Following the same, the analyst expects the price to “accelerate rapidly.”

Finally, the trader spoke about the trending flagship cryptocurrency – EOS – which, according to him, “hasn’t come anywhere close to its all-time highs (ATH) from the previous bull cycle.”

Here, he took a different route to back up his analysis.

He compared the price action analysis of EOS with that of ETC as this coin recently showcased a similar surge over the past month. The tweet, titled ‘EOS vs. ETC USD’ comparison, read,

“After ETC started to breakout, it accumulated beneath its previous ATH prior to shooting straight past it. The structure of the EOS chart looks extremely similar. I don’t expect it to stop in the low $20s when it moves out of its current range.” 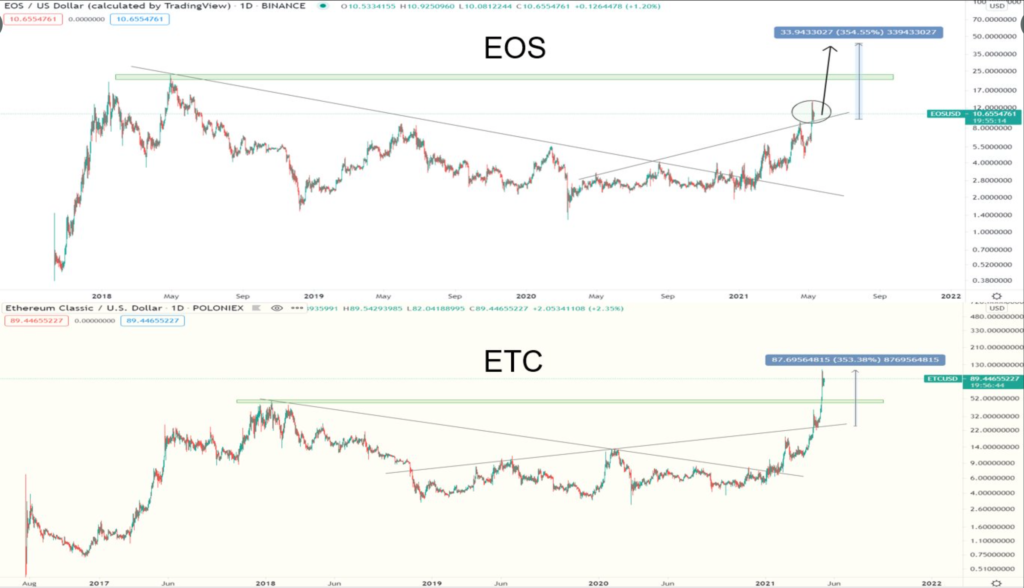 “Added some EOS here. I see it as only a matter of time before it reclaims the highs set several weeks ago. Once $9.00 is breached, it should have a relatively clear path back to the old ATH of $23.00.”

At the time of writing, EOS was trading at the $11.3-price level which saw its latest bullish trend cut short by -14.6% in the last 24 hours.