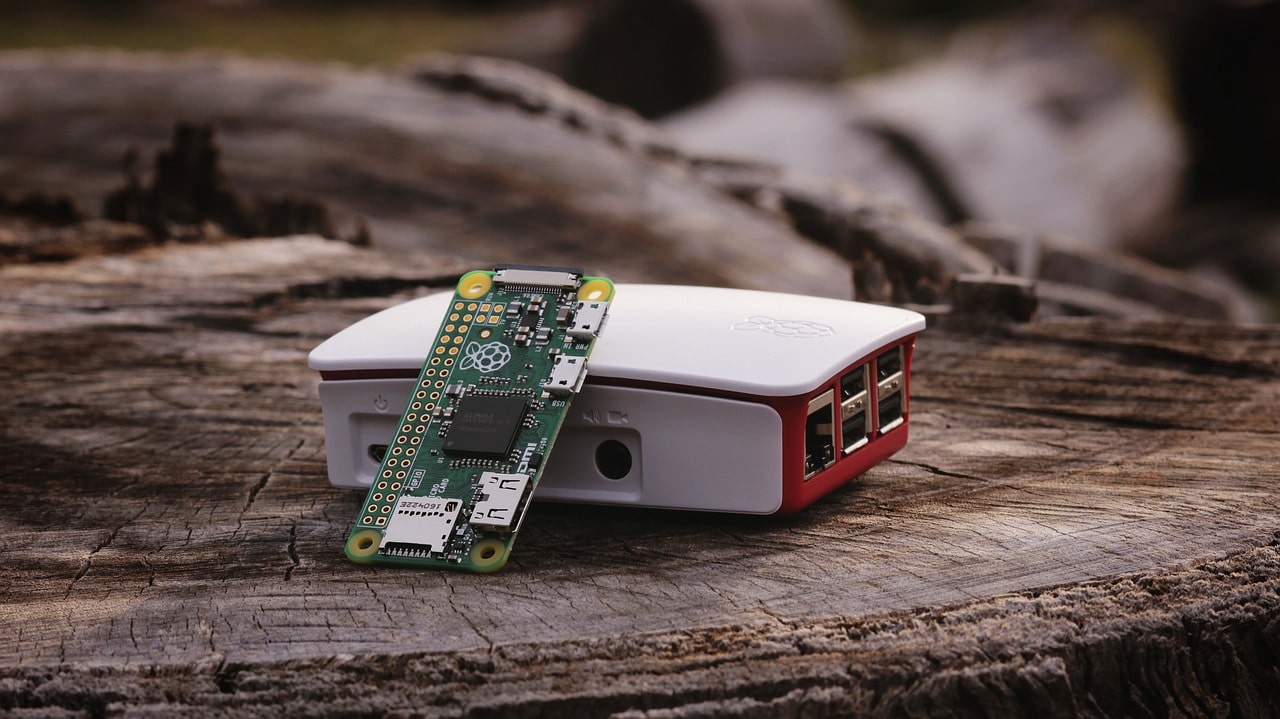 Litecoin climbed as far north as $330 before seeing a sharp drop. Bitcoin SV has some support in the $260-$280 area on the occasion of a further drop, while SushiSwap dropped beneath $15 once more and faced stern resistance in that region. 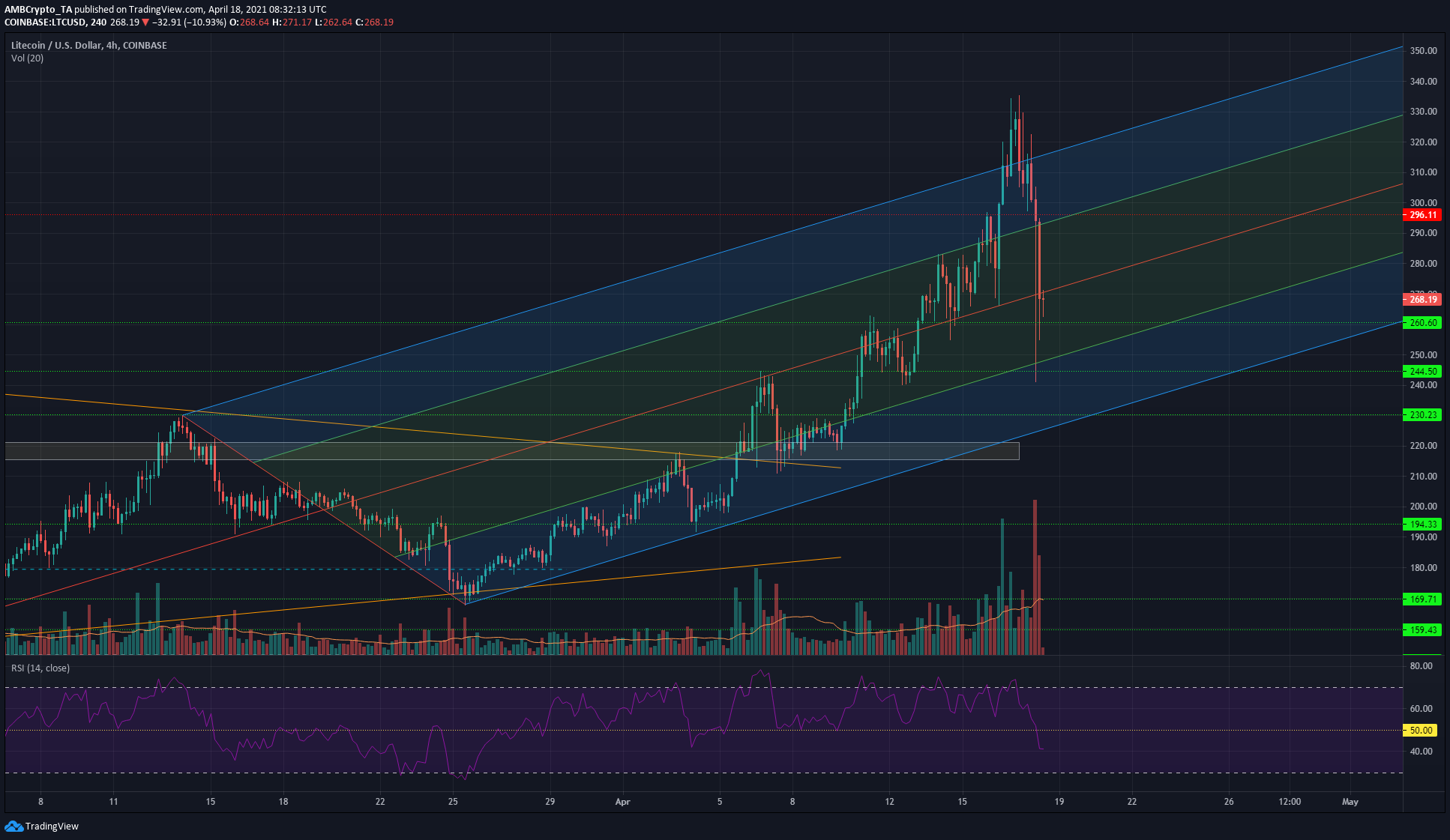 LTC appeared to break out past the pitchfork but was pulled back in, and especially swiftly in the past few hours. The RSI also dropped alongside the price and momentum was with the bears.

The $260 level, and the trend channel boundaries LTC was within at the time of writing, are levels to watch out for. A climb back above the median line (red) is necessary for LTC to hint at recovery. 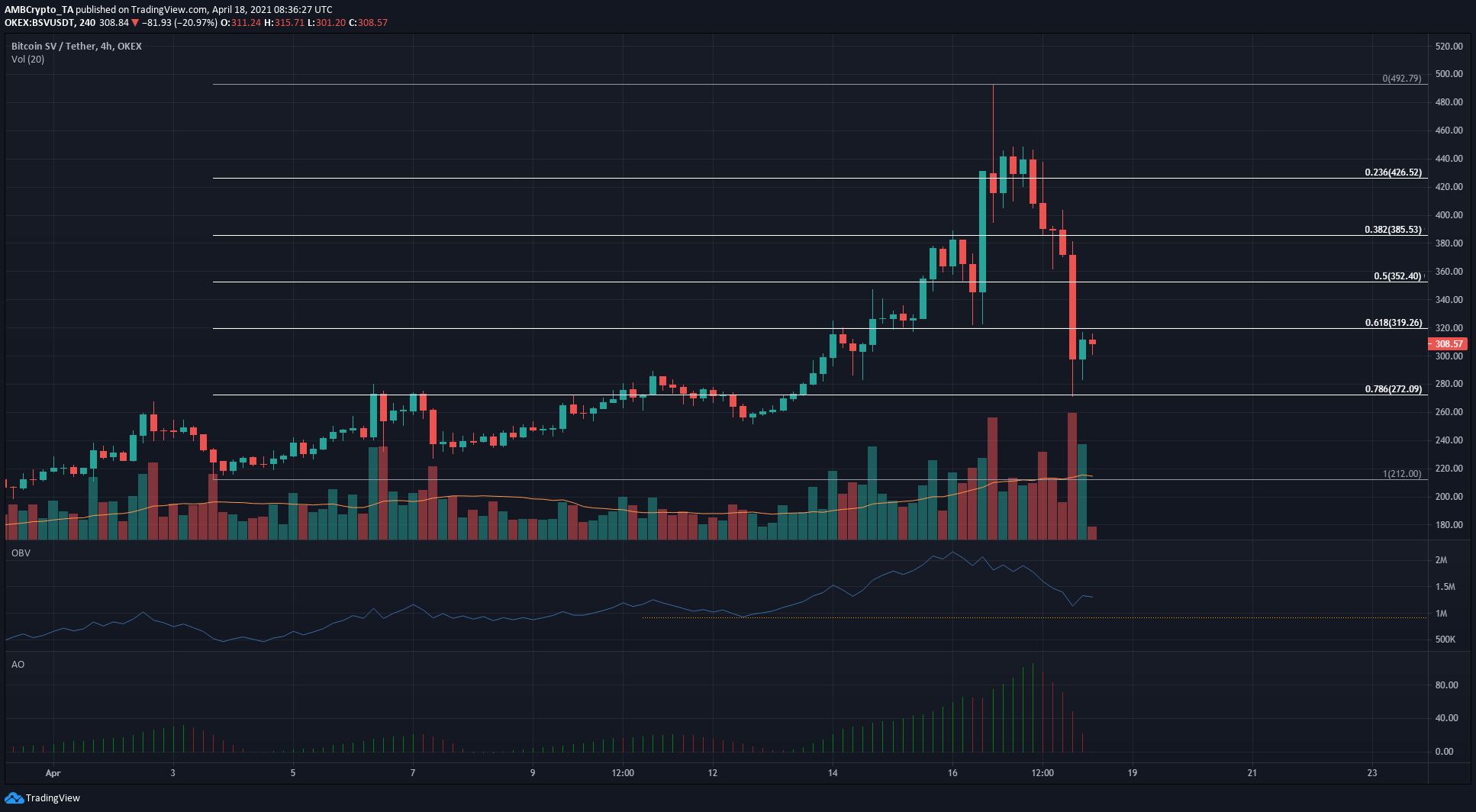 Bitcoin SV retraced most of the gains of the past two weeks, and the Fibonacci retracement levels laid out some levels of support and resistance. The $272 mark has already been touched, but the Awesome Oscillator was dropping and BSV could test this level and sink lower once more if BTC makes its way toward $52k once more.

On the OBV is a floor marked based on when BSV was at $260. An OBV drop beneath this level would be a bearish scenario, while the $260-$280 area is one that BSV bulls would try to defend from further selling pressure. 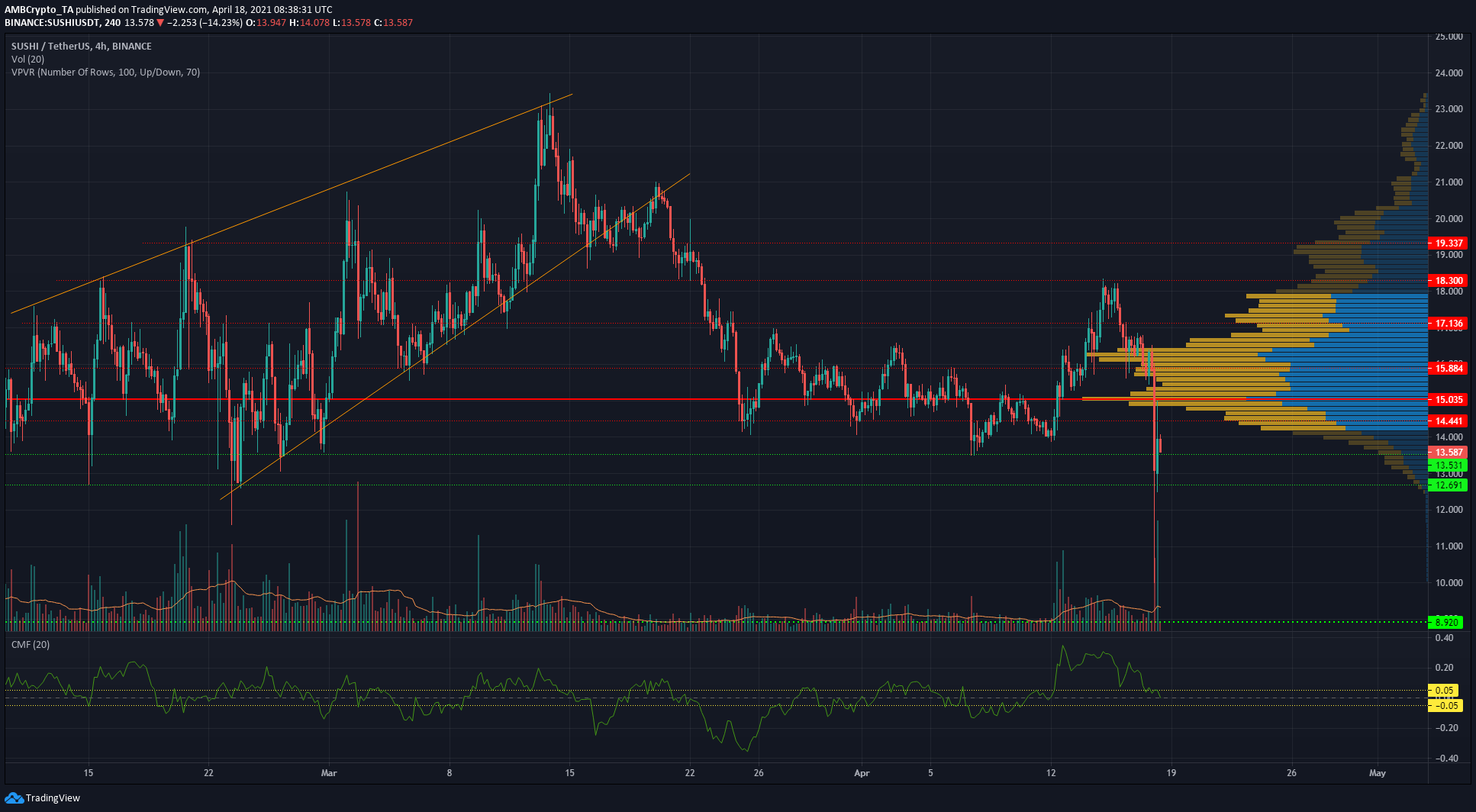 The Visible Range Volume Profile highlighted some areas of support and resistance for SUSHI. The entire $15-$16.4 region has been one SUSHI has traded intensely in the past two months, and the region will likely act as a stubborn supply on the way to recovery.

This drop for SUSHI comes after the promised to recover from the $13.58 local lows then after a rising wedge pattern forced the price to descend from $22  highs.

The CMF sunk back into the area between +0.05 and -0.05 values, indicating net capital flow was neither into nor out of the market. SUSHI would need to climb past the $15 mark, the Point of Control here, to have another attempt at recovery.