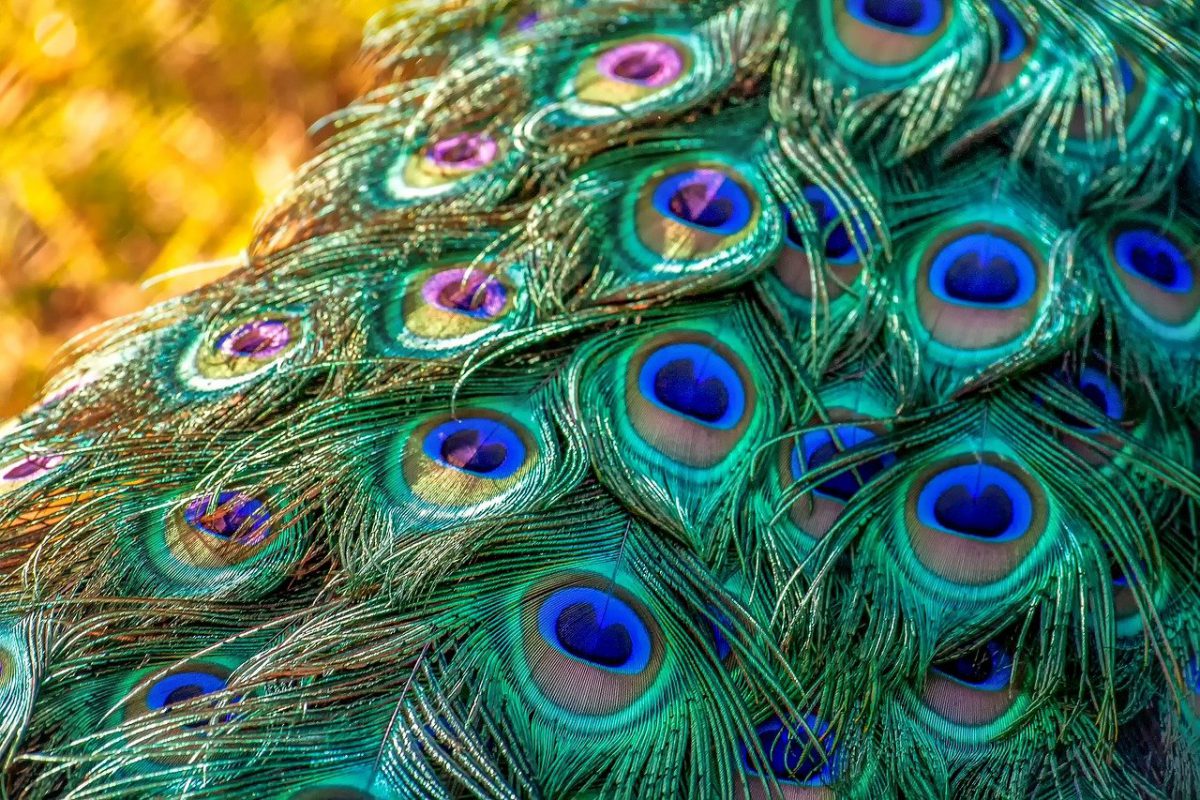 Litecoin mounted a strong defense of the $100 level but was headed lower once more, with $108 being a level bulls would seek to defend. Cosmos bounced feebly off the $4.8 level following a bullish divergence, but bears pushed the prices lower and could flip it to resistance and Dogecoin retraced some of the gains it made on a recent surge. 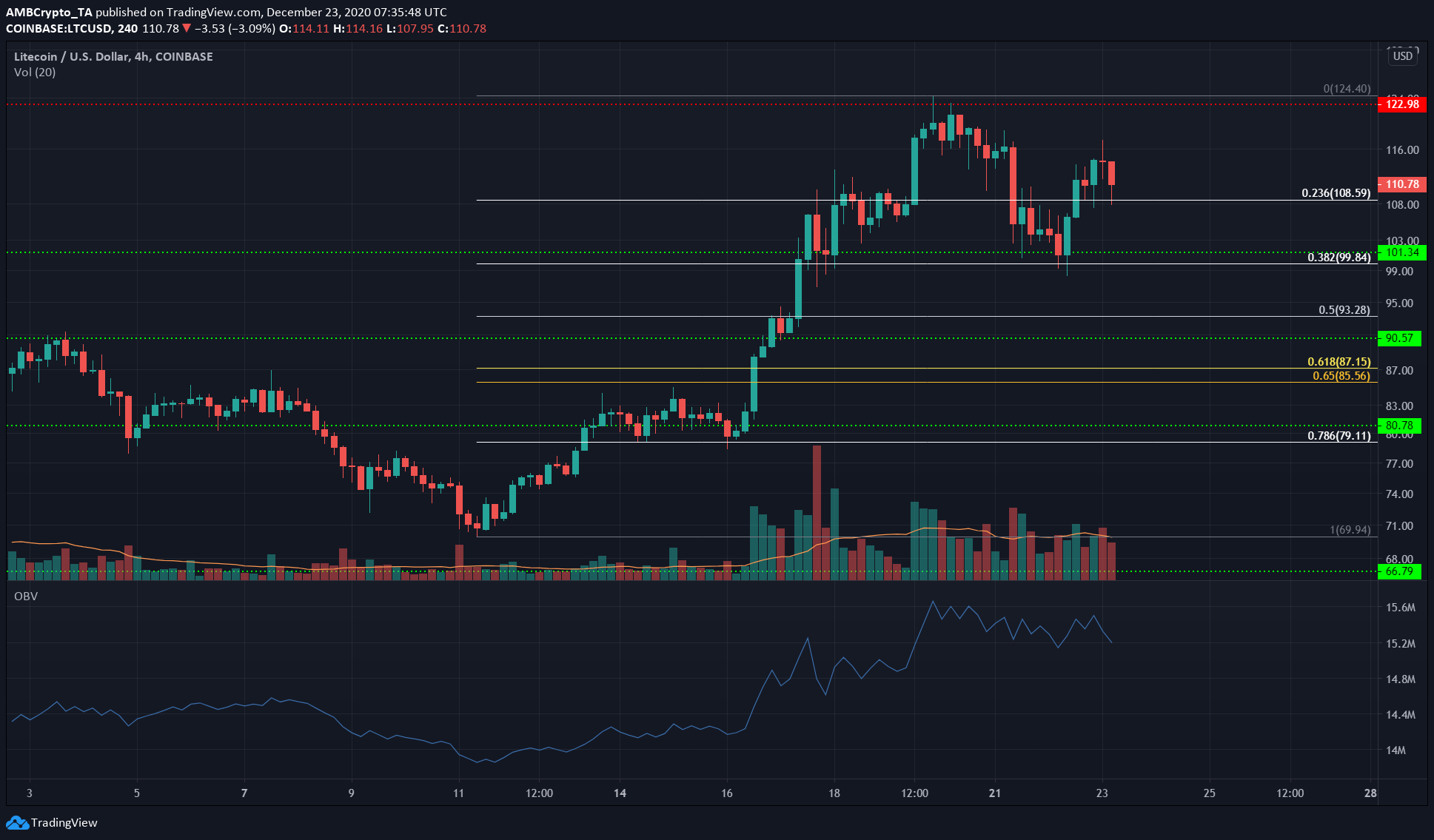 Using the Fibonacci Retracement tool for LTC’s move from a swing low of $69.94 to a swing high of $124.4, some important levels of retracement are highlighted.

In the short-term, a move with above-average volume beneath the 23.6% level at $108.5 would likely test the support at $100. The short-term momentum had swung to the bears when they forced the price to $99, but the bulls have fought back.

The OBV has registered higher lows over the past two weeks, and hence any move downward can be regarded as a pullback and not a trend reversal. Another test of the $100 level and the subsequent breakout would reveal the direction of the next move for LTC, as would a surge past the $120 mark. 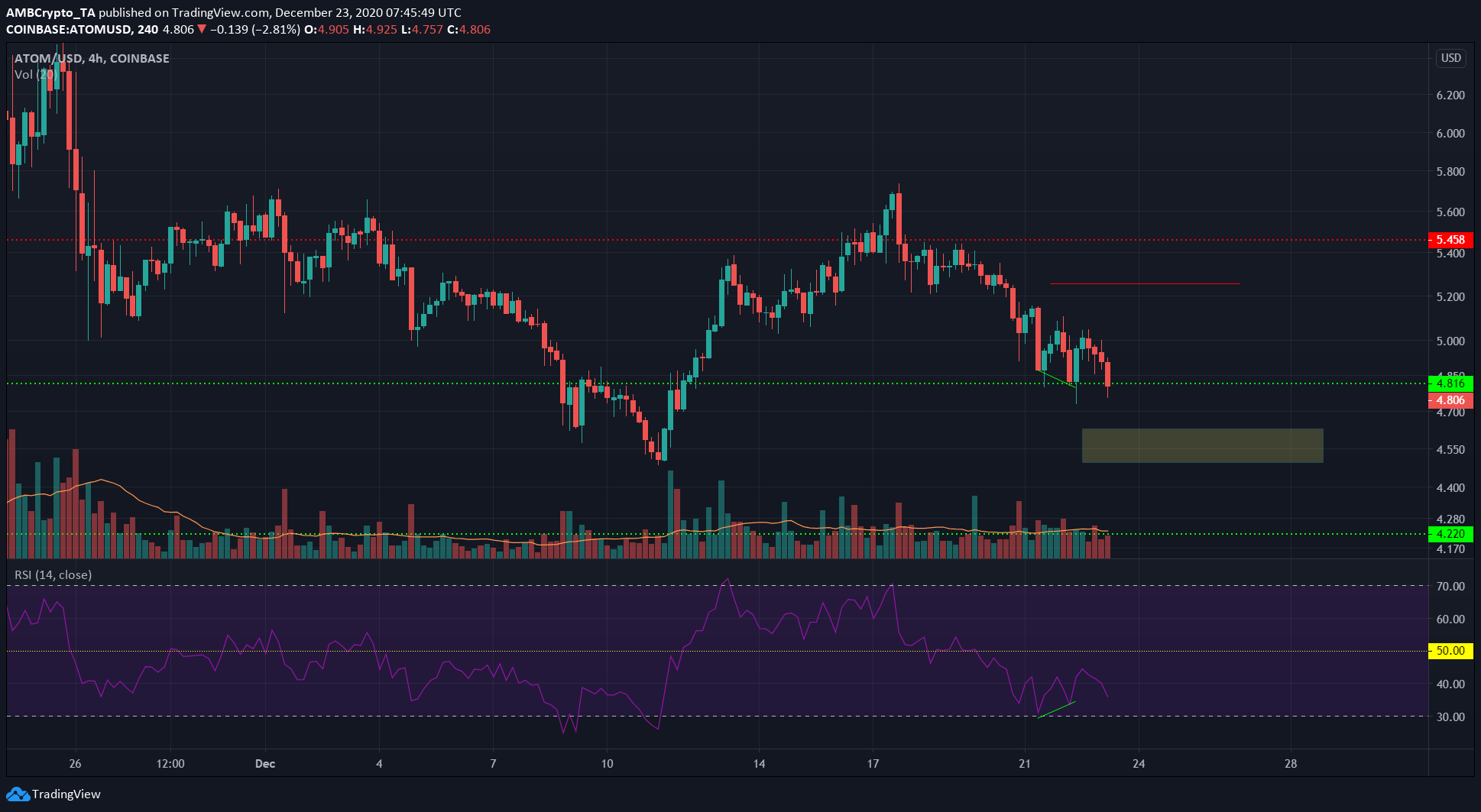 Cosmos exhibited bullish divergence between price and momentum about 12 hours prior to writing, and ATOM bounced nearly 5%. Yet the selling pressure was too strong and ATOM was unable to rise past the $5 mark.

The RSI showed a value of 36 and has moved beneath the neutral 50 over the past few days to indicate a downtrend in progress. It was likely that the $4.8 level would buckle and give way over the next few hours.

The next region of interest lies in the $4.6-$4.55 region, and bears would look to defend this, should the $4.8 price level be ceded to the bears. 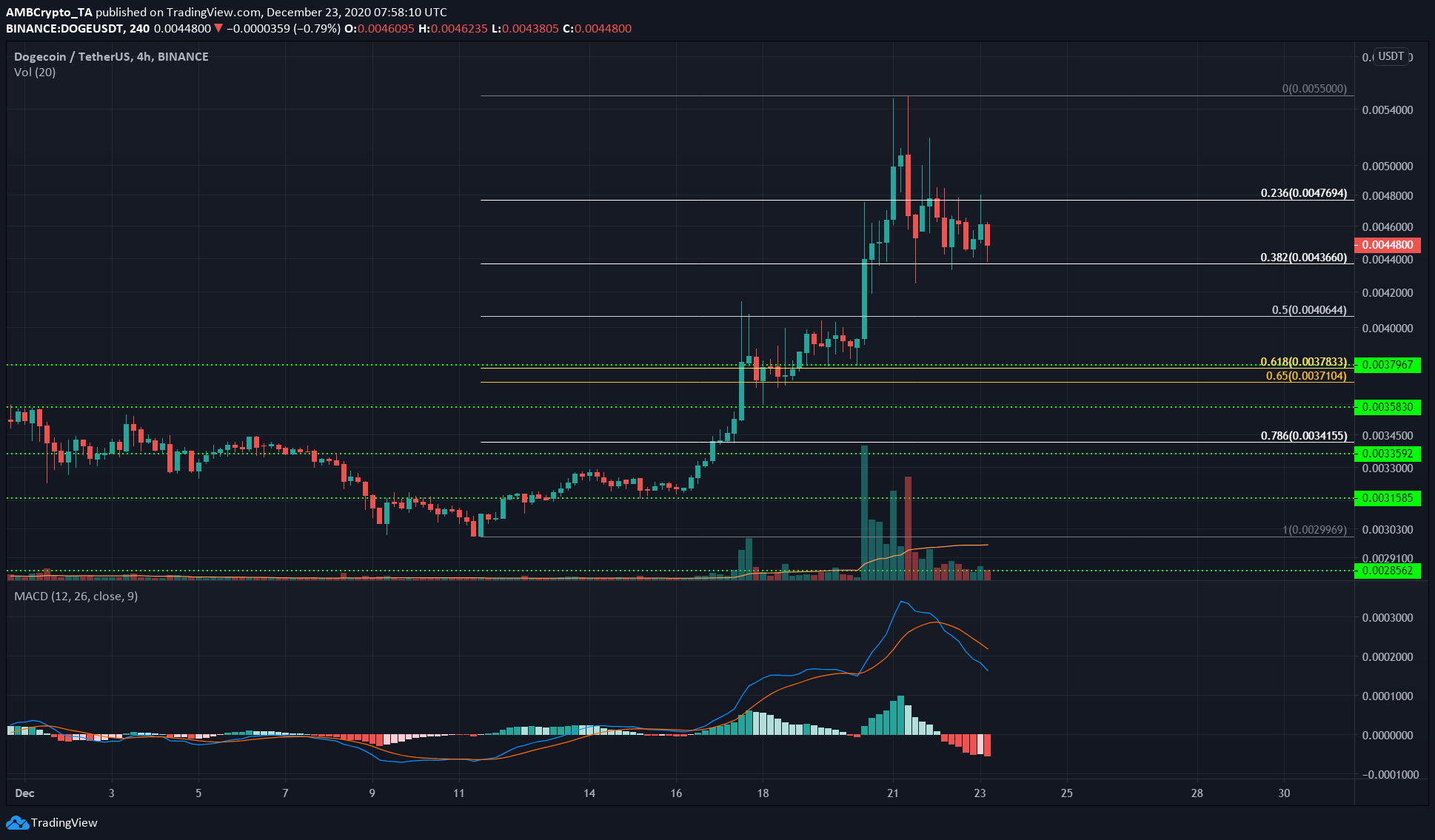 Dogecoin was retracing some of the gains made after a strong surge, and generally, such retracements tend to visit the 50% and 61.8% retracement levels.

The MACD formed a bearish divergence and at the time of writing was headed lower. Using the Fibonacci Retracement tool, some levels can be used to enter scalp short trades.

Why Bitcoiners may have shifted focus to DeFi