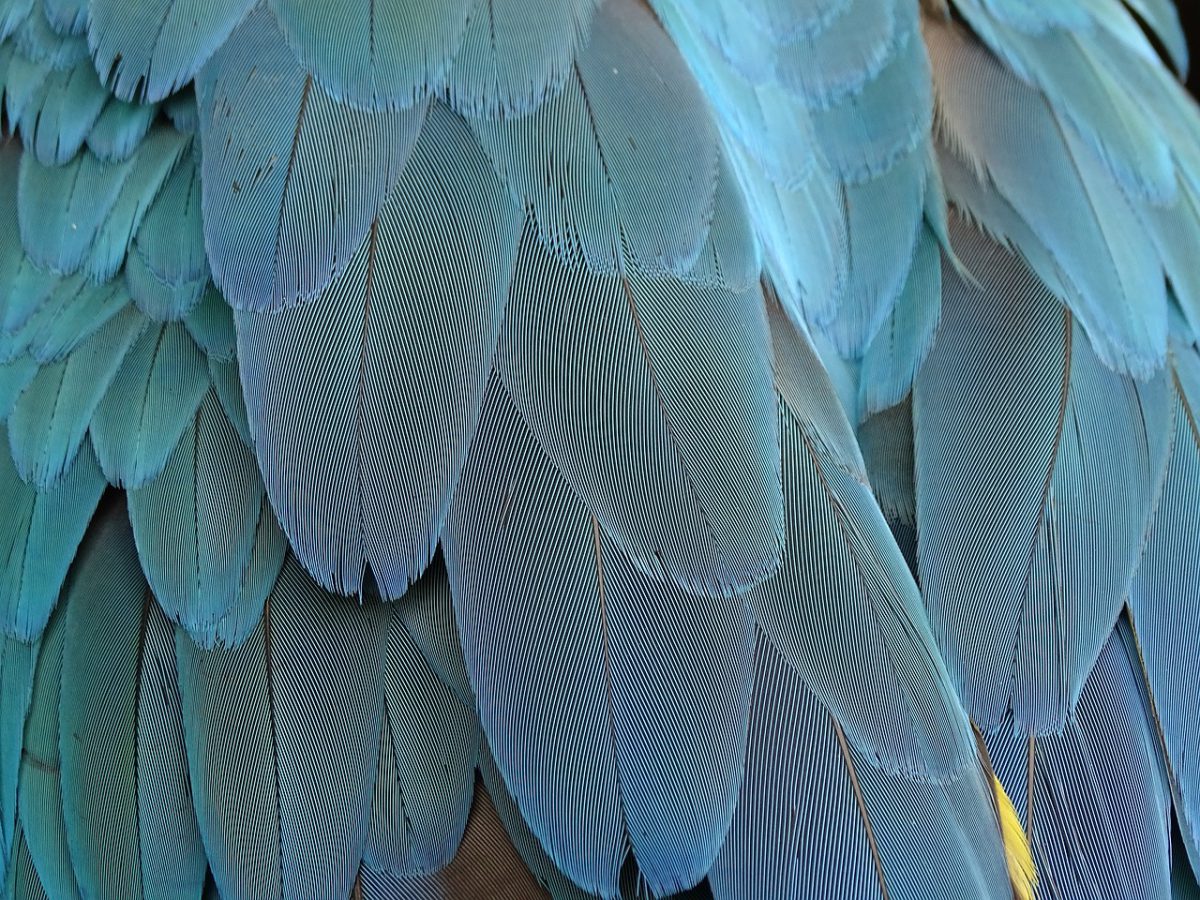 The bull market is beginning and most altcoins broke past levels of resistance that had countered their rise in the past. Litecoin was trading within a range and looked likely to drop beneath $150, while FTX Token and Decred were bullish on the price charts. 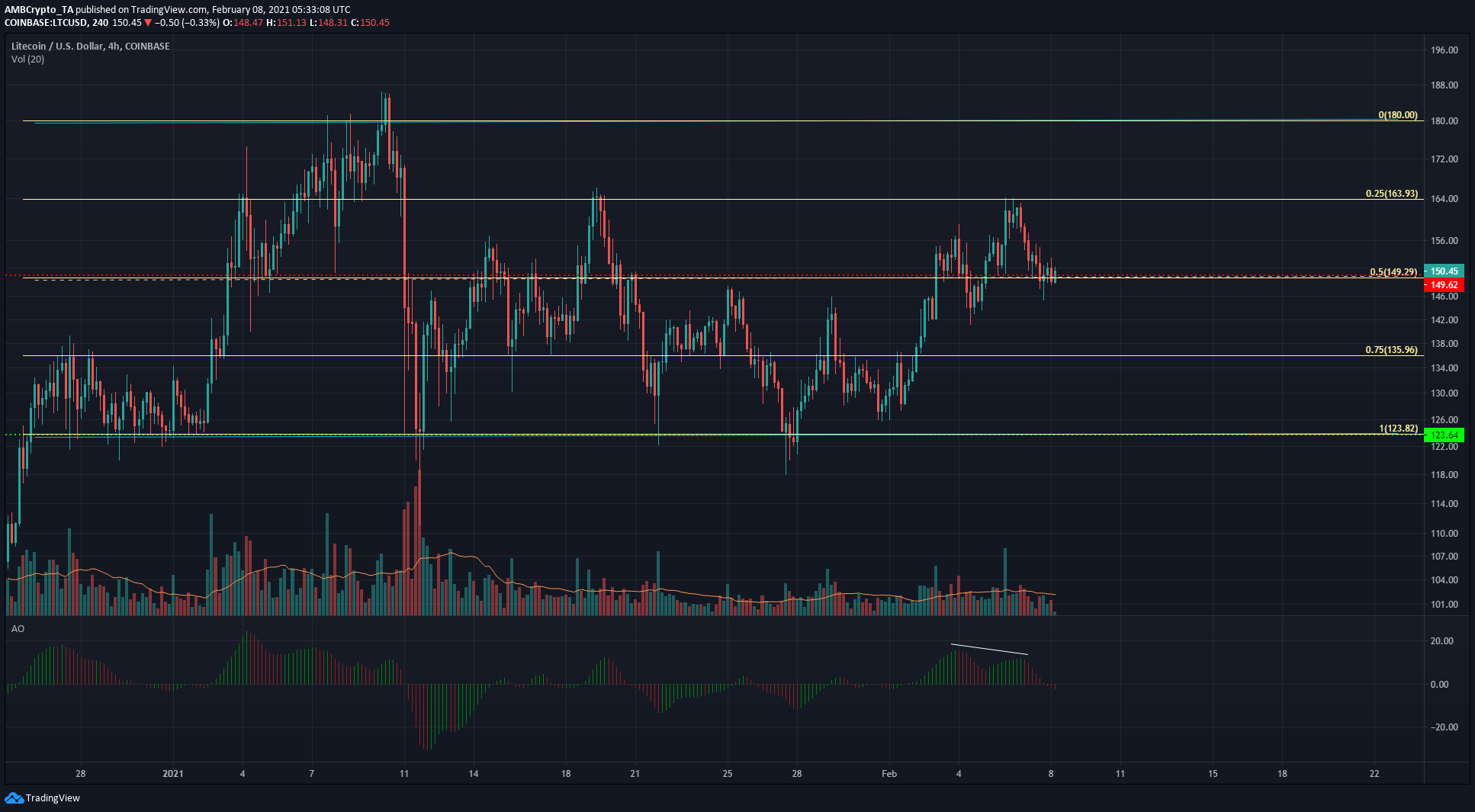 The longer-term range for LTC is bounded by $123 to the south and $180 to the north, with $149 being the 50% level within this range. This mark is the most important level within the range, and can shed information regarding a shift in momentum.

At the time of writing, the Awesome Oscillator formed a bearish twin peaks setup and crossed over into bearish territory to denote downward momentum.

A session close beneath the $147-$150 region for LTC would likely spell a move to $135 for LTC. However, the trend of the past week has been bullish and the price has not signaled a reversal of this medium-term trend as of now. 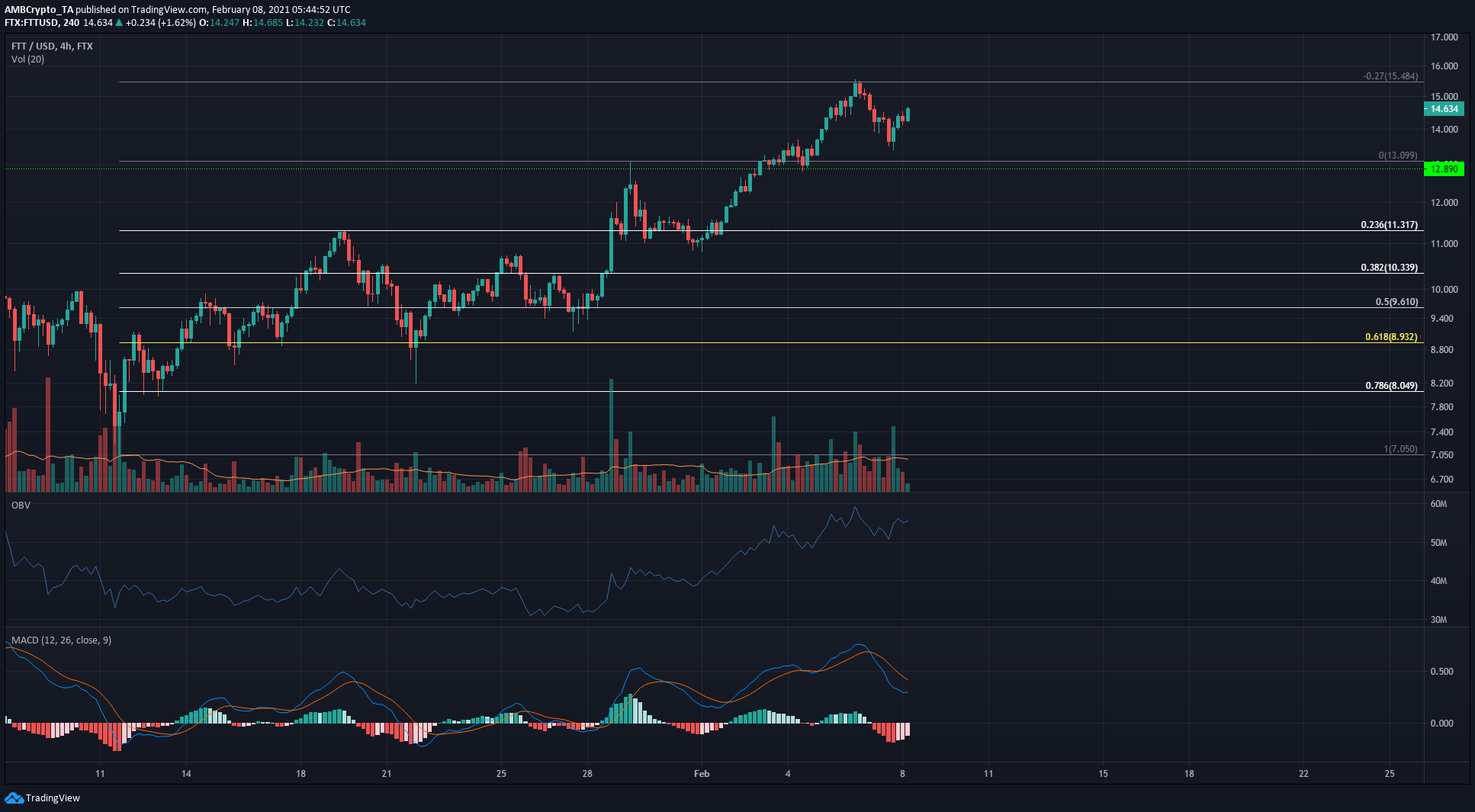 FTX Token was a lot more straightforward. While the MACD hinted at a dip toward $13, the short-term bearish momentum might already have ended as the price dipped to $14 and started recovering.

For many weeks now, FTT’s resistance levels have been plotted using Fibonacci extension levels, and FTT broke past each one of them. This time the 62% extension level for FTT lies at $19.23- a move that could take a couple of weeks to complete.

What was certain was that demand from buyers was present, as the OBV rallied alongside the price. A move above the previous high at $15.48 is significant, while a rejection at this mark would represent a double top and point to a retracement. 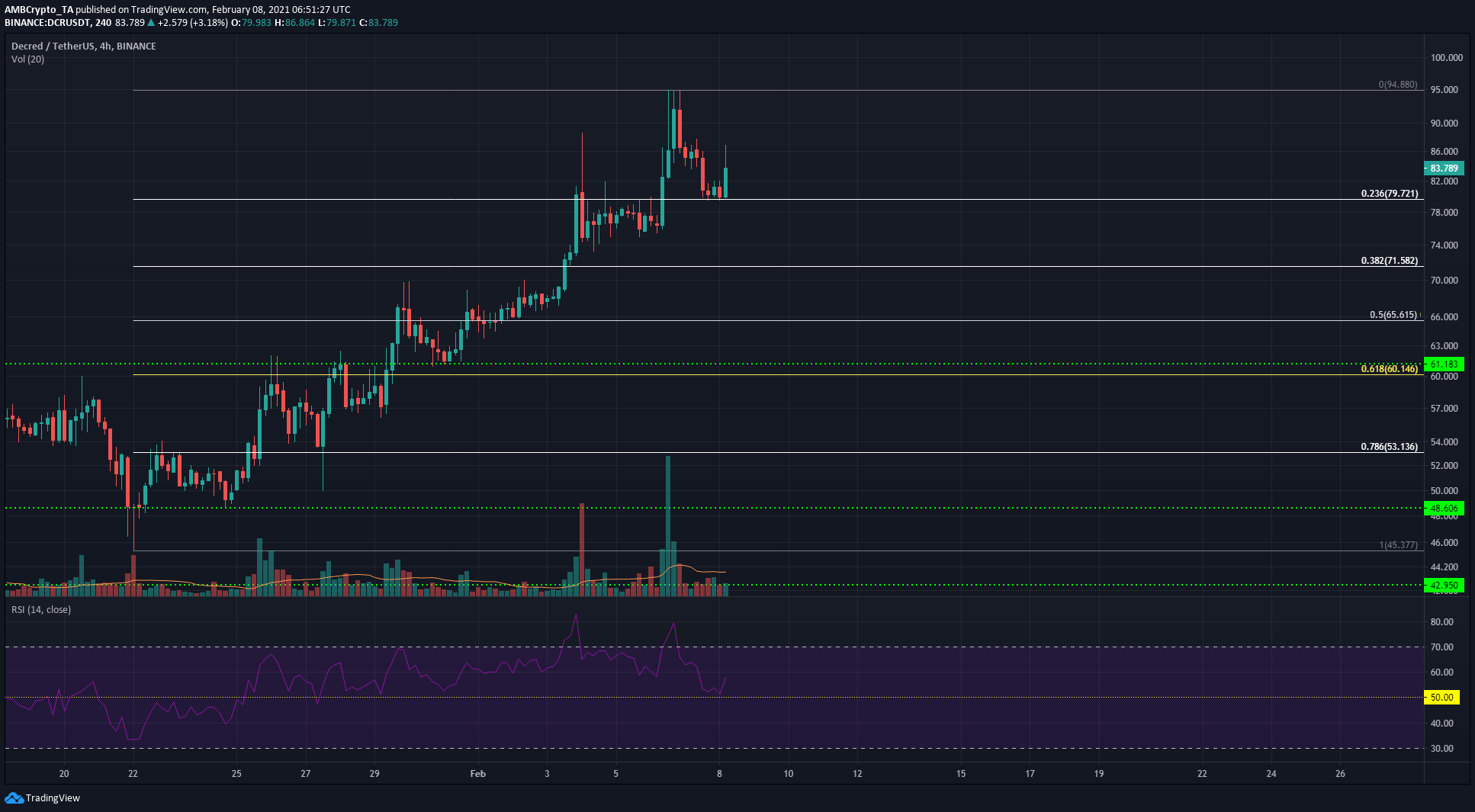 Decred found strong support at the 23.6% retracement level and the RSI was once more on the rise, after a dip toward neutral 50. Momentum was once again in favor of the bulls in the short-term and further gains are likely.

The previous high in the $95 region is likely, which is also a historic level of resistance. Beyond this mark, the $110 level is the next significant resistance.

With Ethereum futures now trading on the CME, will the price reclaim $1.7k?