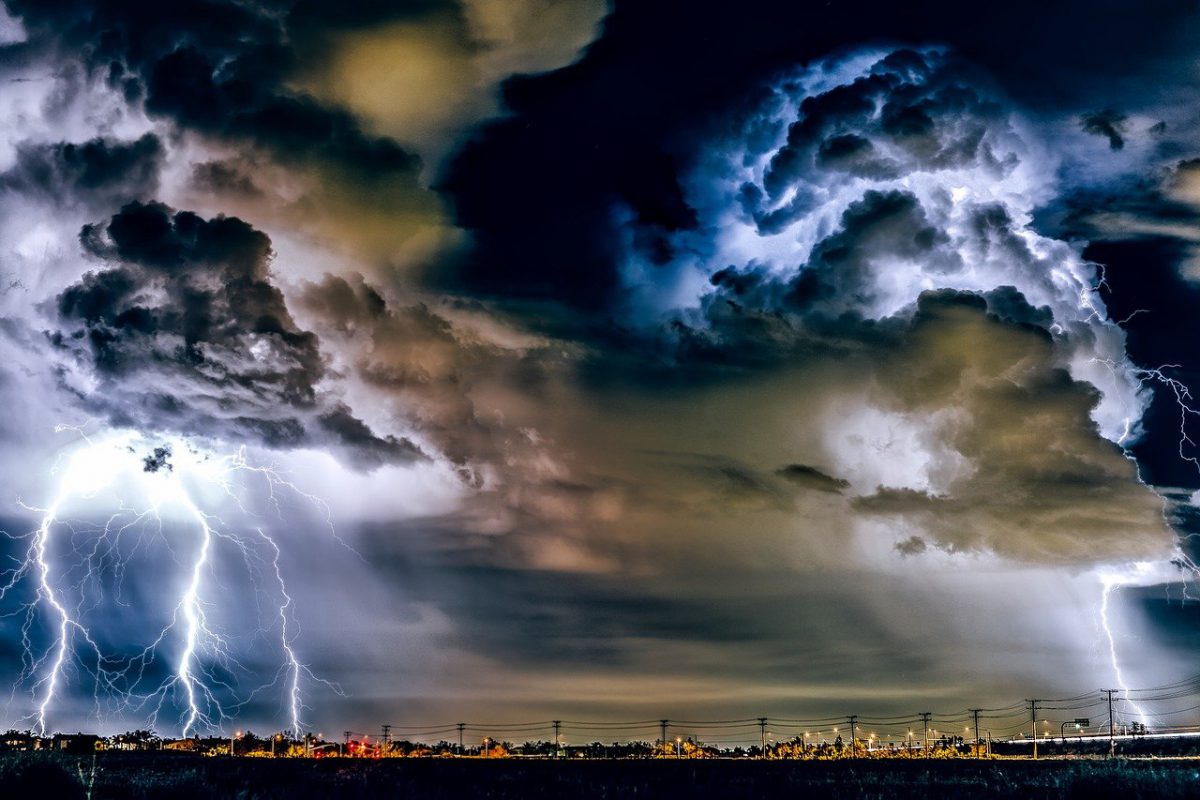 Litecoin and VeChain lacked momentum in the market and appeared to be in a phase of consolidation and saw low trading volume. Algorand saw a breakout to the upside and targeted the $0.54 level. 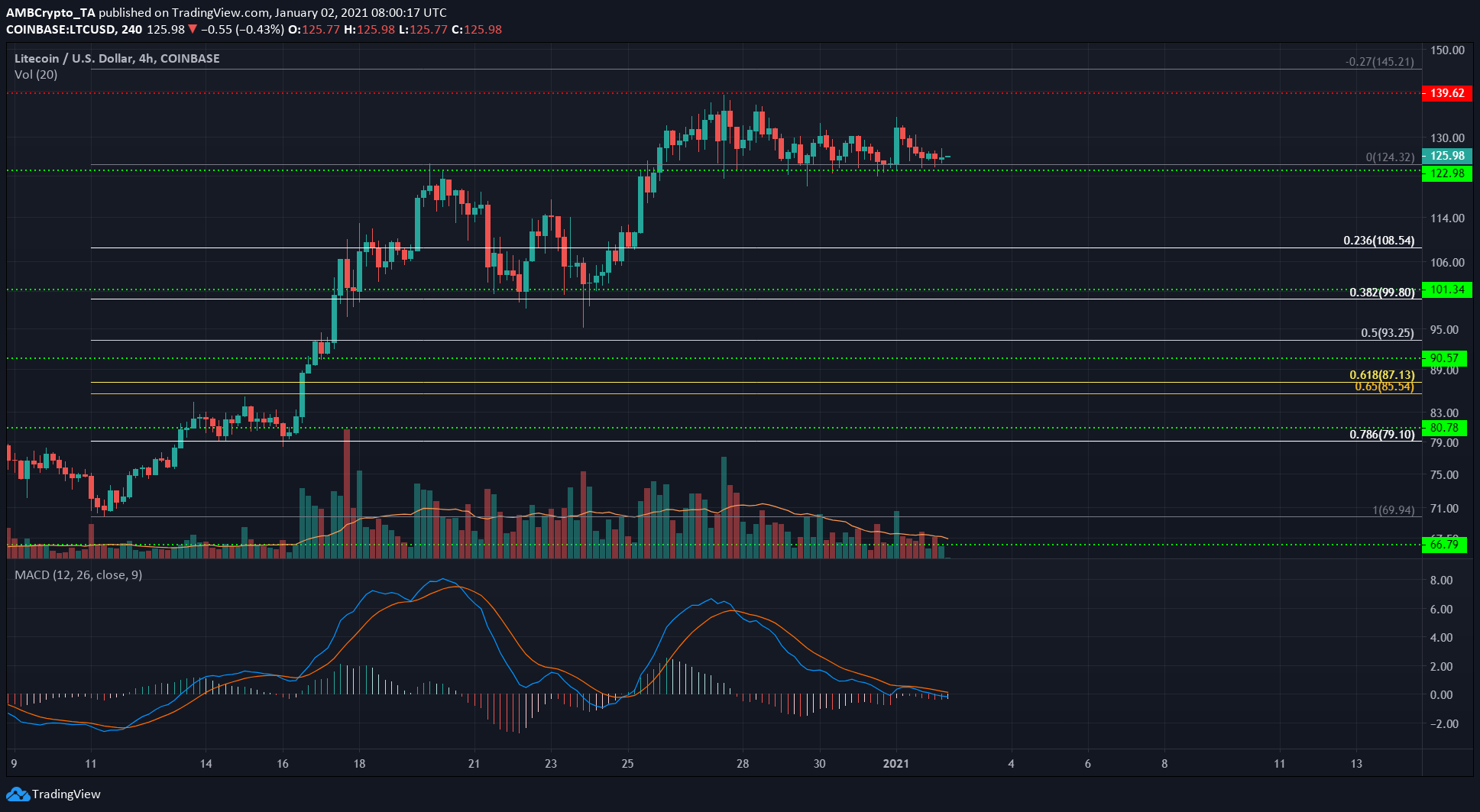 Litecoin struggled to break past the $130 mark over the past few days. Its bullish momentum appeared to be spent on the shorter timeframes, as the 4-hour MACD formed a bearish crossover a few days ago and was at the neutral line at the time of writing.

The $123 level of support has held strong over the past week, but a move beneath this level could see LTC correct to $115 or $108 in the coming days. This dip, if it occurs, can be expected to reverse given the bullish sentiment behind LTC over the past month.

A surge past $130 on good trading volume, conversely, would indicate that $142 is likely to be tested.

The previous move to $140 had faced rejection, and the low trading volume over the past few days suggested that the market was gathering steam for its next move. 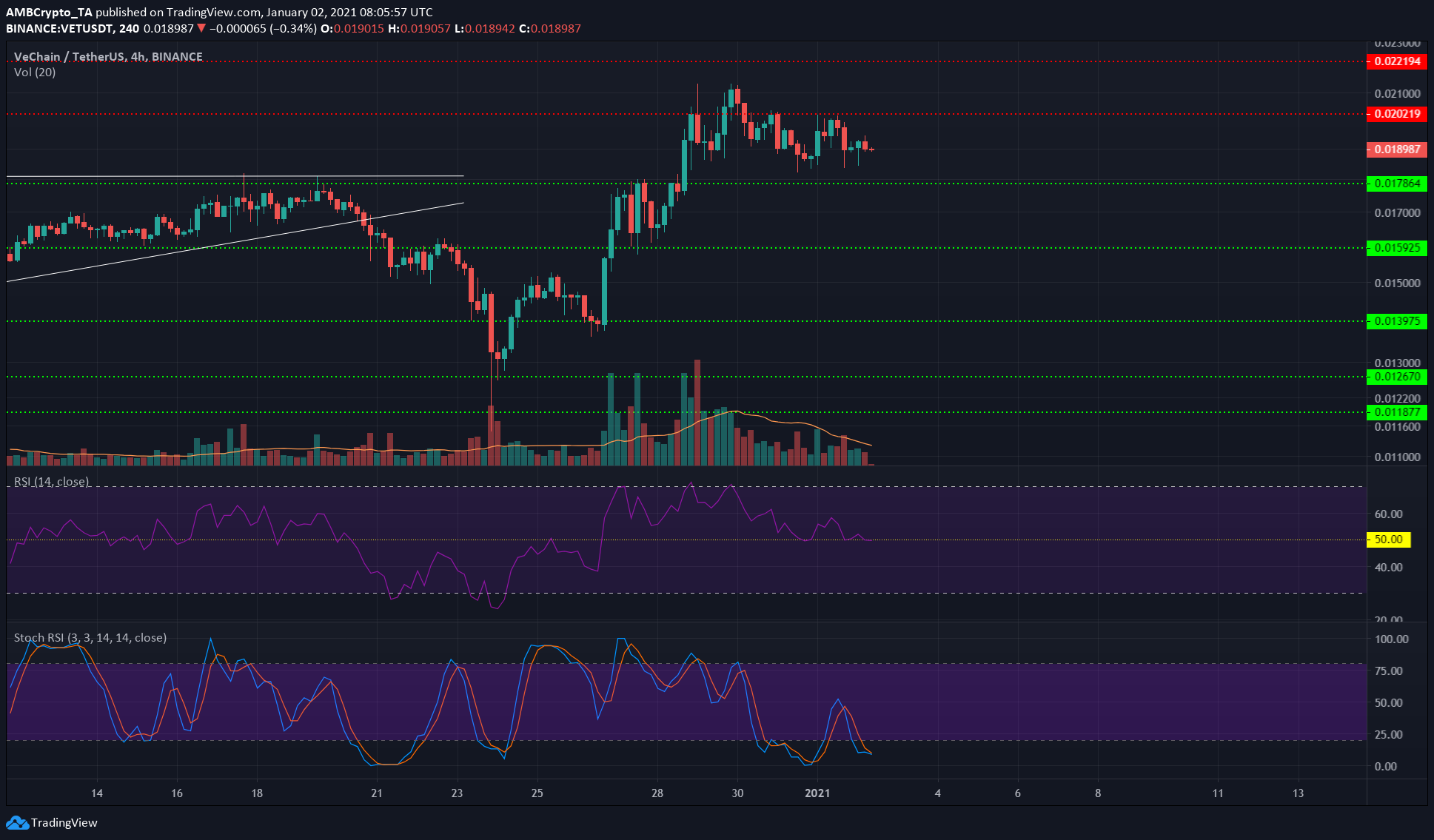 After dropping out of an ascending triangle pattern, VET tested support at $0.0126 and recovered remarkably to test the $0.02 resistance level a week thereafter.

VET rose briefly past $0.02 but was forced lower and was trading at $0.019 at the time of writing. The RSI showed neutral momentum for VET, while the Stochastic RSI was in oversold territory.

Consolidation in the $0.019-$0.02 region could occur for VET over the next few days. A drop below the $0.0178 level of support for VET would likely indicate further losses for VET, but given its longer-term bullish outlook, these dips can be buying opportunities. 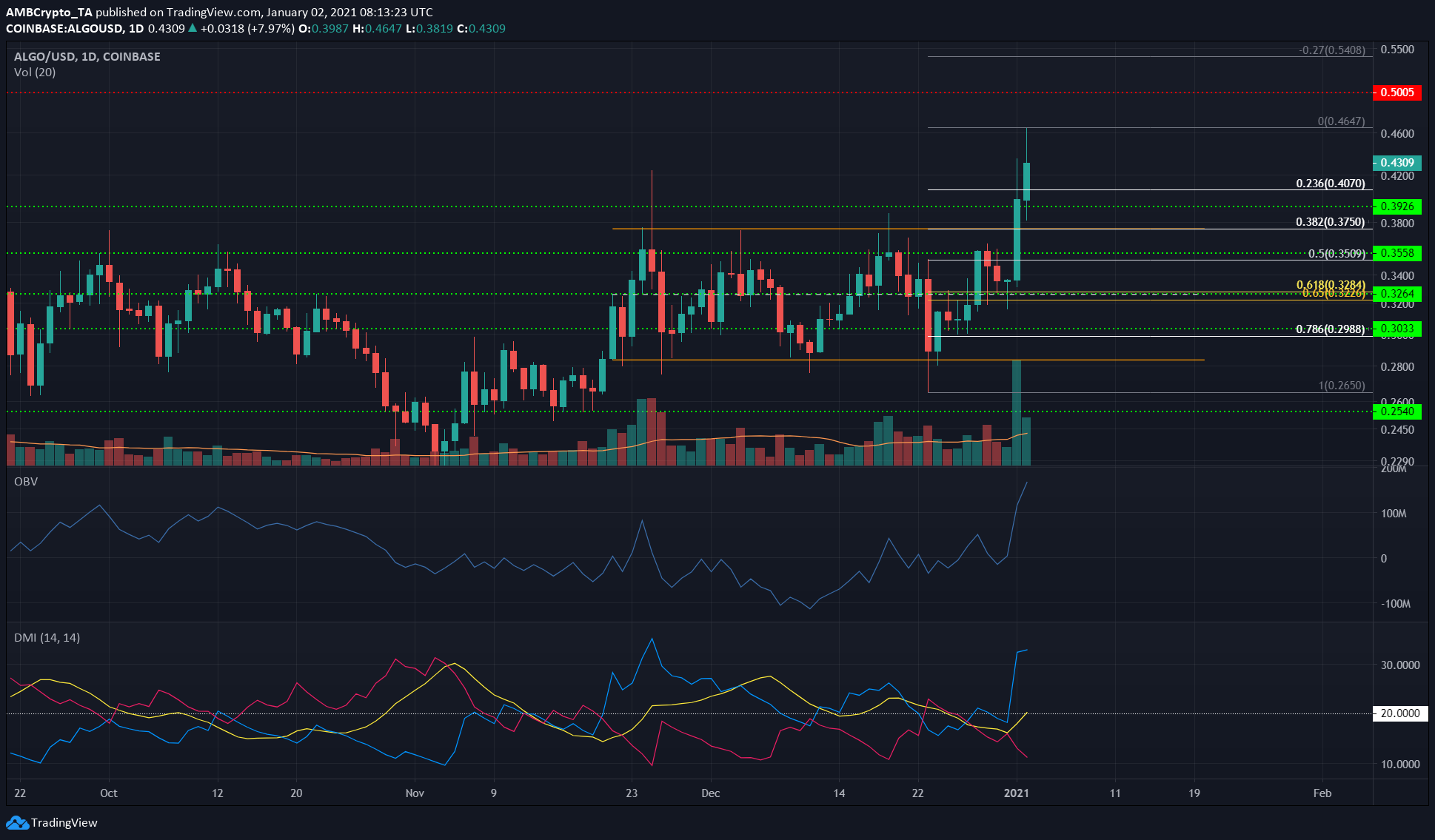 Using a longer timeframe, the 1-day timeframe, it can be seen that ALGO had a clean breakout from the range (orange) it has traded within the past six weeks. The breakout was on well above-average trading volume, while the OBV also registered higher highs accordingly.

The DMI showed the onset of a strong uptrend was imminent as the ADX (yellow) was on the verge of climbing past the 20 value, with the +DMI (blue) to indicate the direction of the trend.

The Fibonacci tool showed some important support levels for ALGO and based on its move from the $0.265 swing low to $0.46, a 27% extension presented a target of $0.54 for the bulls.

Bitcoin flows into Coinbase as it registers new ATH