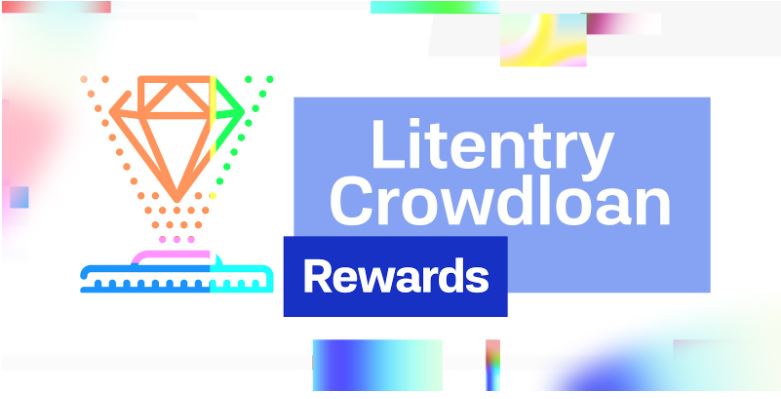 Litentry, a decentralized identity aggregation protocol, has revealed the launch of its Crowdloan Reward Program scheduled to go live from November 4, 2021. This represents a significant development in its quest to win a slot ahead of the upcoming Polkadot parachain auction. Join the crowdloan on Binance now to enjoy 20% LIT (20,000,000 LIT) total supply with an extra $2.5M reward pool, with approx. 2760% APY as of Nov 4.

Crowdloan is a growing trend taken by projects to receive enough funding to participate in Polkadot’s parachain auction. Participants contribute by staking DOT into a crowdloan vault stored on the blockchain for a designated period. 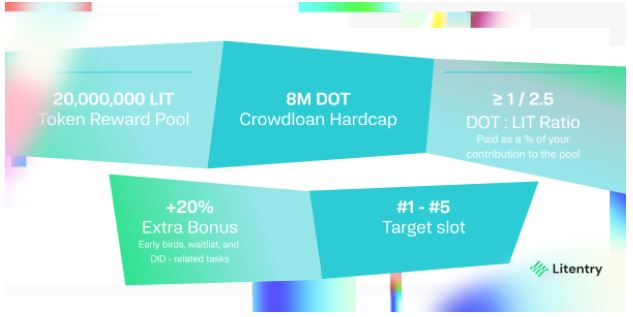 Compared to other projects, Litentry has designed an innovative crowdloan system that incentivizes contributors. To this effect, Litentry has allocated 20,000,000 LIT tokens representing 20% of its token supply as basic rewards for the crowdloan campaign. Interested participants have until December 17, 2021, to lock their tokens in the crowdloan pool, which has a hardcap of 8,000,000 DOT, which none of it’s slot 1 competitors has. This hardcap would make sure the DOT rewards each participant gets will not be diluted after the staking DOTs reaches a safe winning amount.

Contributors will need to stake a minimum of 5 DOT into the crowdloan staking pool to be eligible for rewards. The staking pool will be locked for 96 weeks, and rewards distribution will begin once the Litentry parachain connects to the Polkadot relay chain.

Litentry will be rewarding participants a minimum of 12.5 LIT tokens for every 5 DOT staked. Contributors can also get an additional 10% bonus by staking their tokens before the parachain auction or a 5% bonus during the first seven days of the parachain auction. Also there will be an extra 10% identity related bonus which will be announced soon. Giving supporters a total reward of 24% of LIT supply.

Litentry is a privacy-Preserved DID Aggregator that serves unique functions in the ecosystem & provides liquidity, interoperability and consistency for the multi-chain identity data. Becoming a Parachain maximizes the efficiency of sharing identity data between Litentry and other Parachain projects.

With an aggregated cross-chain identity, blockchain projects will be able to offer dedicated graded identity services to power next-generated Web 3.0 services. For example, Litentry can be deployed and used to calculate an individual’s credit rating to facilitate analyzed DeFi services. With all the on-chain activities data aggregated by Litentry on individual addresses, user’s can generate proof in a decentralized manner by submitting the addresses for activities like IDO/airdrop whiteslisting.

The potentials of Litentry are endless and users can become part of this innovative protocol by staking their DOT in the crowdloan pool. In addition, the 96 weeks staking period also represents an excellent long-term investment for contributors who will generate value from their DOT tokens and receive LIT tokens as rewards for their stake.

Litentry has developed an innovative ecosystem through which users can manage their identities and dApps obtain real-time credit/reputation of an identity owner across multiple blockchains.

You can follow the latest updates on Litentry using the following links:

Triall introduces its BSC bridge: ‘The future of medical research is multi-chain’