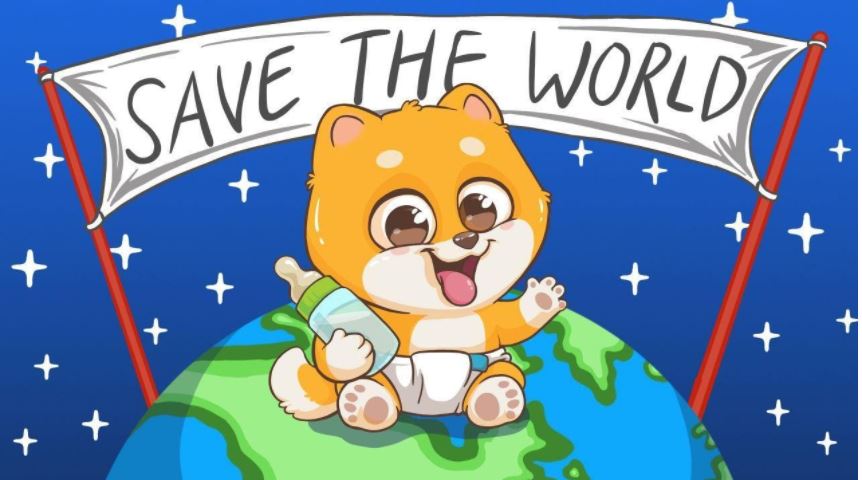 Little Baby Doge (LBD) is making waves in the crypto space with an approach that is setting the pace for altcoins across the board.

Despite being the newest entrant into the Shiba Inu dog-themed meme coin community, LBD is bringing to the fore a tokenomics design that goes beyond the bounds of a meme coin.

At its core, LBD is set to highlight the necessity of taking action against the current climate change situation with a roadmap that will involve top climate change activists.

The LBD project is set to launch on December 13th yet it is already receiving recognition from top crypto news and informational platforms such as CoinMarketCap.

As Bitcoin retraces its previous all-time high above the $60K mark, altcoins have followed suit in a move that experts predict will revamp another bull rally in the crypto space.

However, few altcoins are making a stand for justifiable causes such as climate change and even fewer have an anti-whale feature set to protect token holders from a sudden market crash.

The Current State of Climate Change

As the world continues to burn fossil fuels, the issue of climate change doesn’t seem to be getting any better. The planet has already reached 1°C above preindustrial levels and even with extensive mitigation, the temperature is set to rise another 2°C by 2100 which will lead to other impending problems.

Problems such as sea levels rising, ocean acidification, and biodiversity loss need an immediate solution. After all, without a habitable planet, no amount of gains made in the market can be satisfactory. It is high time for the citizens of the world to take action for a better future given the fact that governments will continue to drag their feet on climate change issues.

Already, several activists and activist groups across the globe are taking action. From suing world leaders to starting mitigation projects, these organizations are open to receiving outside help and funding for years of hard work towards saving the planet.

However, they can’t do it alone. Cryptocurrencies and decentralized finance in general present a viable solution that will not only help fund programs and activities towards saving the planet but also offer the best tools for uniting people across the globe behind a common cause.

Little Baby Doge To the Rescue

As such, Little Baby Doge has taken a ”Save the World approach” with their altcoin project to highlight the need for action. Using the galvanizing power and network effect of a meme coin (as seen with meme coins such as Dogecoin and Shiba Inu that have since gone viral) Little Baby Doge is tackling the issue of climate change head-on.

With an approach that makes saving the planet fun, the LBD project is set to capture people’s imagination who might otherwise not care about climate change issues. LBD will partner up with top climate change activists such as Greta Thunberg and Leonardo DiCaprio to not only raise money but also provide the necessary tools for community development through blockchain technology.

Through a series of DeFi (decentralized finance) campaigns that will run across the Little Baby Doge ecosystem, top climate change activists are set to receive donations that will further fund their activist activities.

Without a doubt, galvanizing communities around an agenda to save the world would not be possible without a worthwhile incentive. As such, Little Baby Doge is set to promote environmental awareness through engaging content and innovative projects that will bring about faster change.

Most of all, Little Baby Doge will use the LBD token which is a deflationary token built on Binance Smart Chain to reward token holders with static rewards and verifiable token burn event that takes place with every trade.

Little Baby Doge stands out from other meme coins, leave alone the vast sea of altcoin, thanks to its introduction of an automatic token buyback event that takes place with every trade. This facilitates an anti-whale strategy that will protect LBD holders from big market dumps.

The need for LBD

The altcoin boom has brought with its many advantages as anyone in the world can launch an altcoin and raise funds in a matter of days. However, the decentralized nature of altcoins leaves room for bad actors to take advantage of a bullish market trend.

In this day and age, crypto whales can build up hype around an altcoin only to dump the coins or remove liquidity from the pool while the market is still in a bullish trend thus causing a devastating market crash. A good example is the NCAT price which fell four times in just a few hours after whales grabbed nearly 500 BNB from the pool.

With this in mind, Little Baby Doge is set to have an anti-whale feature that will protect LBD holders from losing their money. This feature is designed such that every sell order is charged at a higher transaction rate than buy orders thus removing the incentive for whales to sell.

Out of the collective transactions, 6% will be burned in a strategic buyback event, 2% will be rewarded to token holders, 3% will go to marketing, and 1% donated to charitable organizations.

Conclusion: The Future of Altcoins in The crypto Space

The LBD token will act as a vehicle for donations made to climate change activist and their initiatives. With every profit made from holders of LBD tokens through LBD’s NFT marketplace, lottery system, and liquidity mining decentralized exchange, more will be channeled to worthwhile charitable organizations that save the world.

Unlike most altcoins, the LBD token is setting the pace for the future of altcoins thus inspiring a generation of projects centered around honorable causes as opposed to hype and rampant speculation.