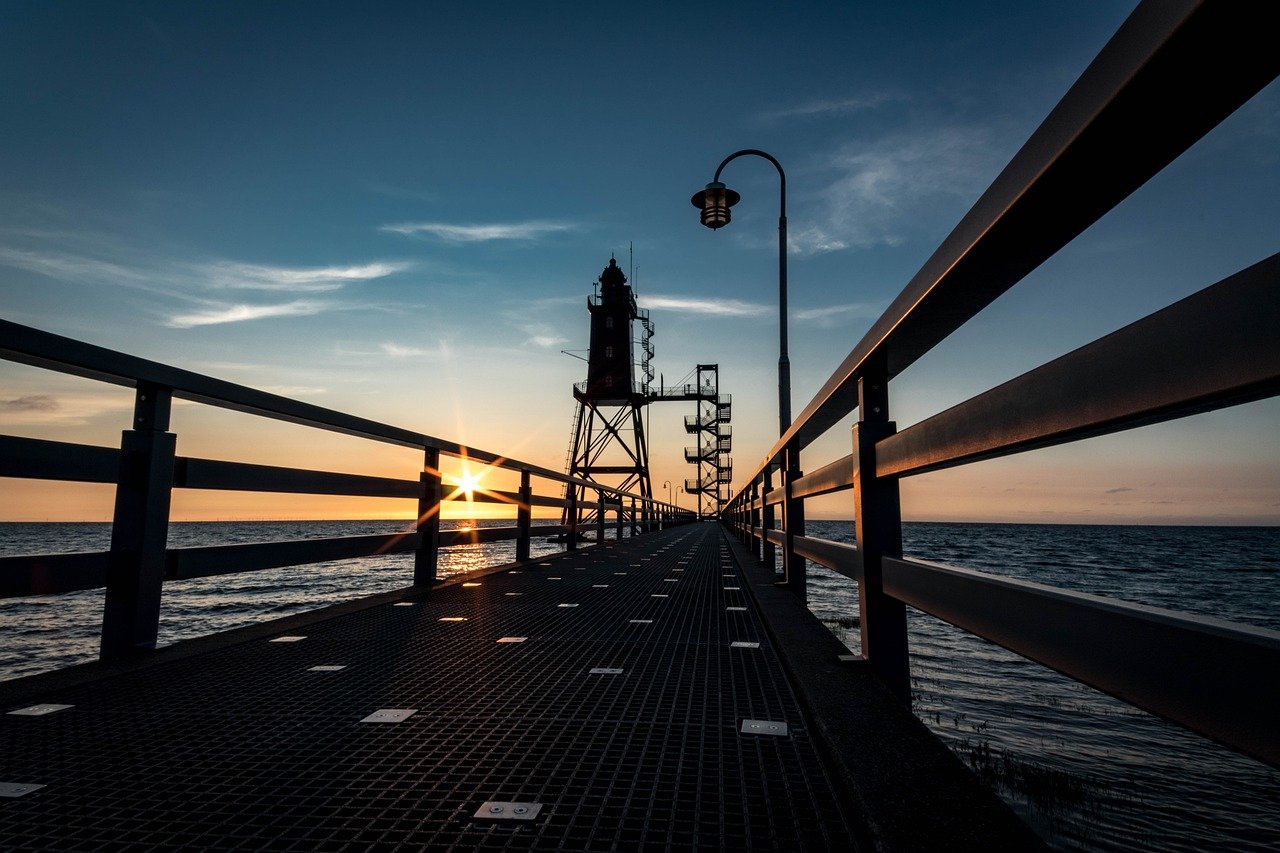 Loopring was riding high with the bulls on 19 April, with the rest of the cryptocurrencies contributing to the broader market growth.

Loopring takes it back

The broader market on 19 April performed better, thus, recovering by $103 billion. It, therefore, triggered every other coin to post green candles again.

The likes of STEPN and Origin rose by 42.6% and 17%, respectively. Loopring just like its competitors registered a significant rise of 13%. It was one of the best performers of the day.

Loopring noted a rally during the March-end phase when the prices rose by 90%. But it lost more than two-thirds of that rise in the following two weeks. Trading at $0.93, it was struggling to breach the $1 mark at press time.

But it shouldn’t be forgotten that Loopring’s community is evidently much more loyal to LRC than Shiba Inu’s community was to its token.

Even during the bearish market, selling was at a minimum, and HODLing seems to have been the preferred strategy. This is because investors are in a much better spot. Despite suffering the crash of December and January, only 30% of LRC HODLers faced losses. 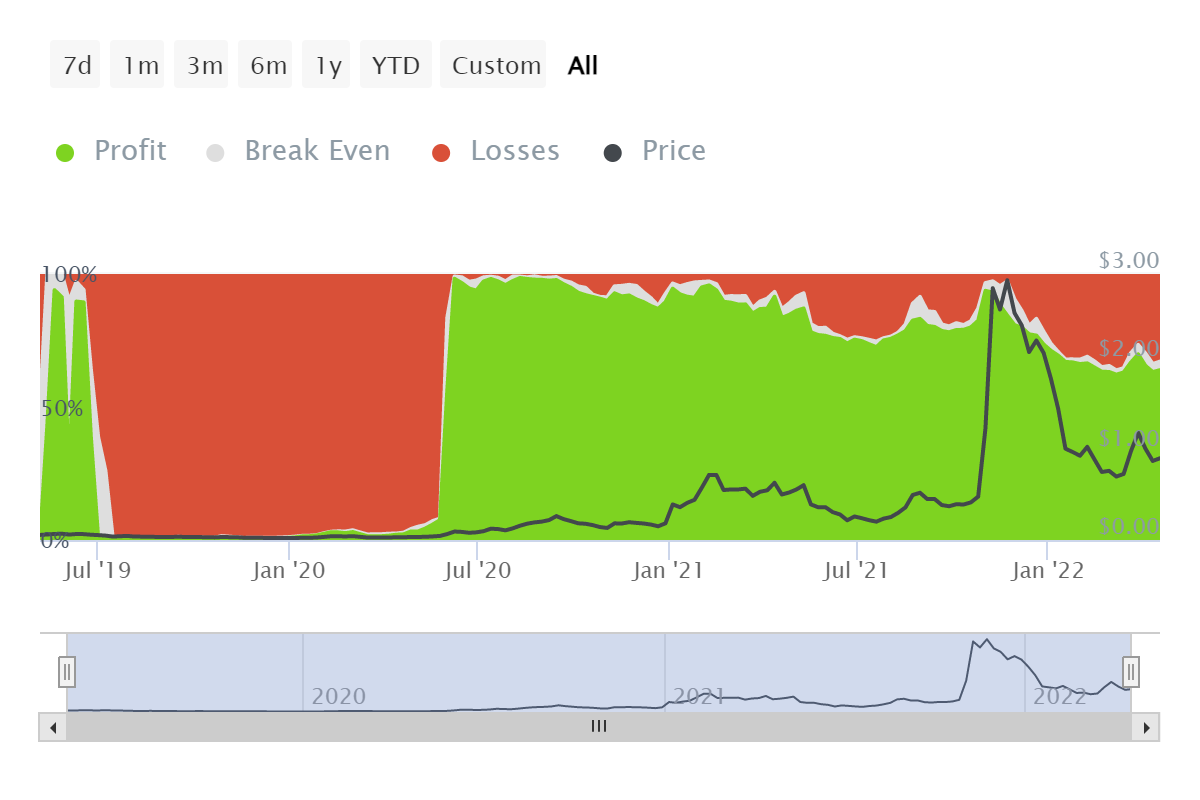 The consolidation since January further added to their confidence as deposits of Loopring continued to average around $500k, whereas usually, the deposits stay within the $100k – $200k range.

The only instances of major withdrawals recorded were on 23 March and 29 March when LRC shot up by 45% and 14%, respectively. Thereby,  indicating the actions taken were born out of the intention of booking profits.

However, those who feel that this is the right moment to jump in and invest to gain an advantage of the dip and make profits should also remember that volatility is pretty high at the moment.

This could trigger a price swing in either direction, and investors could end up losing money in pursuit of making profits. 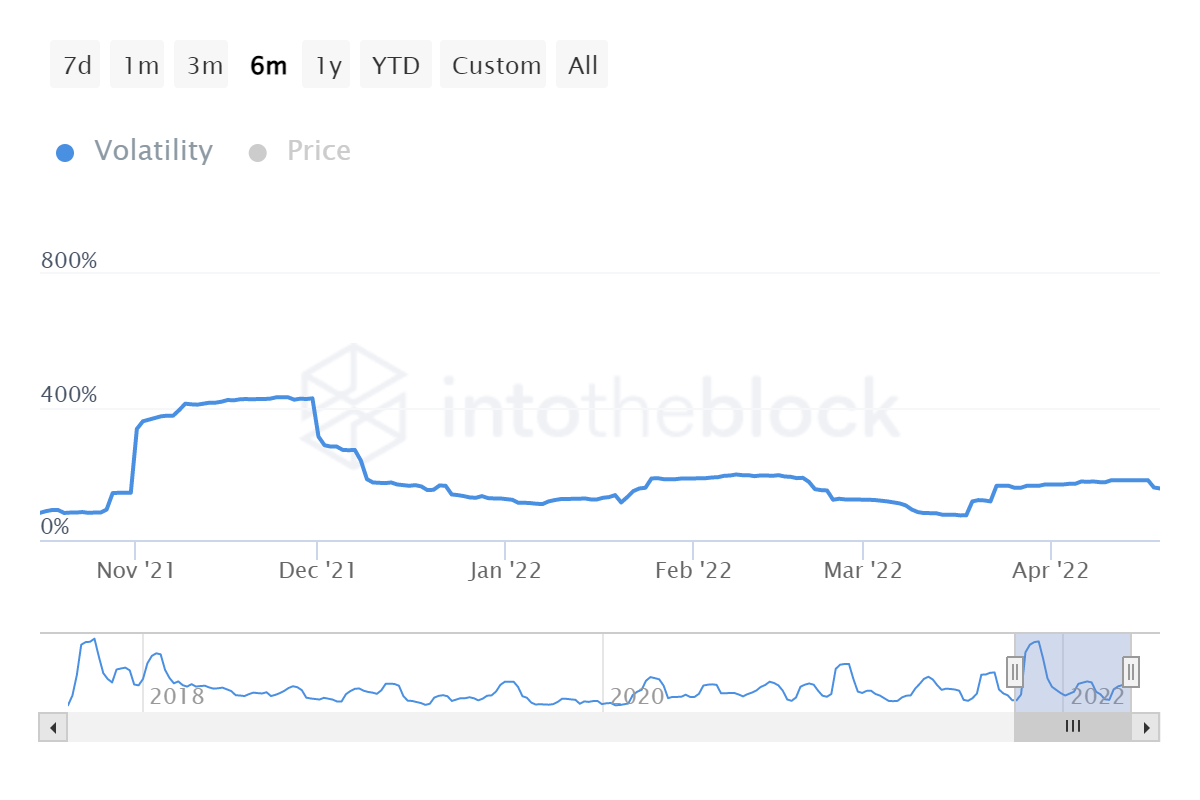 Fantom sees a bullish divergence, but how high can it bounce

Solana’s ‘hype’ train is on the right track, but the speed is…