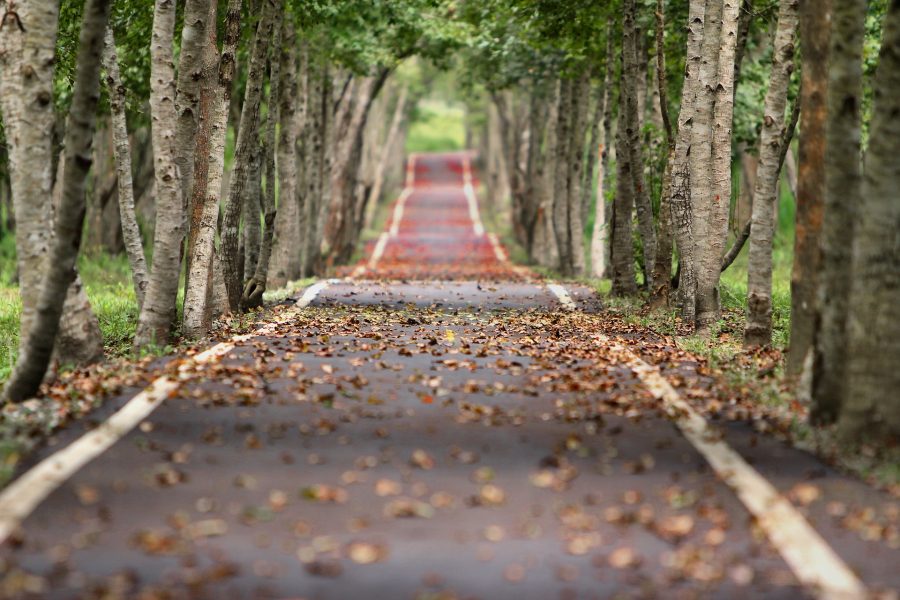 Ursula K. Le Guin used the character Istravan to say one sentence that I always remember in the rest of my life, “There is only one god given talent of me. That is, to know when to move that great wheel of destiny, and to achieve the unity of unity and action.” From the book of The Left Hand of Darkness.
Choosing to establish TRON jointly with Justin Sun as a CTO a year and a half ago, I firmly believed these words. Today I choose to leave, hoping to rebuild a new TRON, and I still believe that.
The reason why I named the project as Volume Network is also solute this quote in the book of The Left Hand of Darkness.
Working in TRON for two years, I felt the wheel of fate spinning at full speed and speed up our development.  At the beginning, Justin was in America when ICOs were banned as the unauthorized illegal financing activity on September 4th, 2017.
With my efforts, the formation of the domestic team and the coding all started from scratch, and the currency began to soar from ICO. Until now, looking back these years, it seems like a dream. There are hundreds of employees in Tron Foundation have gone through the stages of open source, testnet launching, mainnet launching, the acquisition of BTT, ecological expansion of TRON DAPP.
We have also witnessed a brand-new project which market capitalization has surged into the Top 10 in just a few months.
Thank Justin for providing me with this platform to grow up with TRON. Because of the irreconcilable contradiction between us, TRON is not as good as it was. I chose to leave for being myself truly and rebuilding my new TRON.
Why am I leaving TRON？
The reason for leaving is pretty simple. As a techy, I am so sorry that the TRON has departed from the faith of “creating decentralized Internet”

In the DPOS and Super Representative node, there is a problem of centralized voting that some nodes and voters hold more than 90% of the votes.
Therefore, the vote of general investors has completely no opportunity to win. The total number of TRX in TRON is 100 billion, while the total number of votes for the super representatives is just less than 8 billion.

The building technology platform of TRON, I certainly know that the real Internet applications cannot function in TRON network in the circumstance.
Currently, TRON ecosystem is way off their target concerning their users use and commercial adoption. Thus, DAPP in TRON is basically about the gambling and funding project.

The spirit of the blockchain is decentralized, while TRON project is centralized including token distribution, Super Representatives, code development.
There is no diverse feature in TRON ecosystem. The whole project has totally developed without the spirit of “decentralized internet” spirit.
The project I developed to become worse I feel deeply sorry to see what I don’t expect to happen. The dreams and visions that Justin told me have been ruined. I have reflected on several months, I decided to establish the Volume Network [VOL] Project.
Why should I do the VOL project?

What is the VOL project？Volume Network is a truly decentralized blockchain project. This is the project I dreamed to do when I first joined TRON.

In fact, the DPOS mechanism of TRON is pseudo-decentralized. The top 27 SR nodes [block nodes] have more than 170 million TRX votes, and most of them are controlled by TRON. It’s hard for other newcomers to become the block nodes so they cannot participate in the process of block generations.
I always believe that mining blockchain project is the real spirit of the blockchain and everyone can participate in. Contribution to the project should be determined based on proof of workload rather than the size of the holding position.
The data also illustrate this viewpoint. By the end of the Q1 of 2019, mining-based digital money accounted for more than 70% of the total cryptocurrency market.
My thought is to introduce more people into the digital world through the mining model with the lowest entry barriers to achieve true decentralization.
Volume Network creates a mining model through a hard disk. At the current market situation, the high threshold of ASIC and the high price of GPU make many people without courage to mine. This phenomenon eliminated new players to enter the market, is unsustainable.
We intend to design a new generation of hard disk mining model for miners and newcomers, that can store ‘useful’ files for getting a safe and reliable cryptocurrency.
This is a meaningful project of energy conservation and environmental protection, meanwhile significantly reducing the participation barriers, the majority of individuals can all participate in the blockchain project with computer hard disk.
2. Innovative Proof-of-Space-Time [PoST] Consensus Mechanism
At present, the mainstream of cryptocurrency based on POW consensus mechanism in the blockchain, which is facing many difficulties because of its high energy consumption, centralized computing, and expansion problems.
In addition, many cryptocurrencies based on GPU and FPGA mining such as ETH and GRIN, are difficult to become the majority choice due to the high cost of GPU.
With the experience in TRON, I think that the PoST based on hard disk capacity is more suitable for the consensus algorithm, which is the Proof-of-Space-Time [PoST] algorithm of Volume Network.
Based on the original Proof of Space-Time consensus algorithm, PoST introduces the time parameter. Miners must do computation with Verifiable Delay Functions [VDF].
And combine the verified calculation result and alternative blocks these two factors to choose the final block producer. As a result, a blockchain network is an environment-friendly and low barrier for users, as well as preventing attacks. I believe that will be the incentive for the great progress of the blockchain consensus mechanism.
III. Pure community drove the project with non-private placement and little pre-money valuation
Volume Network is a pure community driven project without any receiving private investors’ and organization’s investment. Only 3% of tokens will be issued for initial exchange offering on BISS.com, and the remaining 97% will be generated by mining.
Volume Network is valued at $1 million for the first round and only $30,000 for initial circulation. The reason is to create a pure community project, e.g.SatoshiNakamoto released Bitcoin.
The awakening my beginning mind run a blockchain project that my decision left TRON and rebuild a new TRON. Volume Network is a purely decentralized community, which community can be the owner of the project.
Volume Network determines to refuse all investment institutions and adopt such a low pre-money valuation. Our mission is to build a real community project.
We take a total value of $1 million and a circulation market value of $30,000 to initiate the community, to return users, so that more users and developers can join the project with high consensus.
This is also my big vision to rebuild a new TRON with blockchain spirituality. The new TRON, Volume Network aims to be a truly decentralized, community-based, innovative consensus mechanism, storing useful files, and ultra-low threshold blockchain project that everyone can participate in.
I believe that this is the project that truly conforms to the spirit of the blockchain. This is the significance of our adherence in blockchain up to now.
Former CTO, Co-founder of TRON
Founder, CEO of Volume Network
Lucien Chen
Volume Network
The former core team of TRON.network and Chinese IPFS project-Lambda core team built Volume Network together. Volume Network is a harddisk-based currency exploring the evolutionary monetary path.
With the Proof of Space and Time [PoST] consensus mechanism, Volume Network is cryptocurrency using harddisk for mining.
Official website