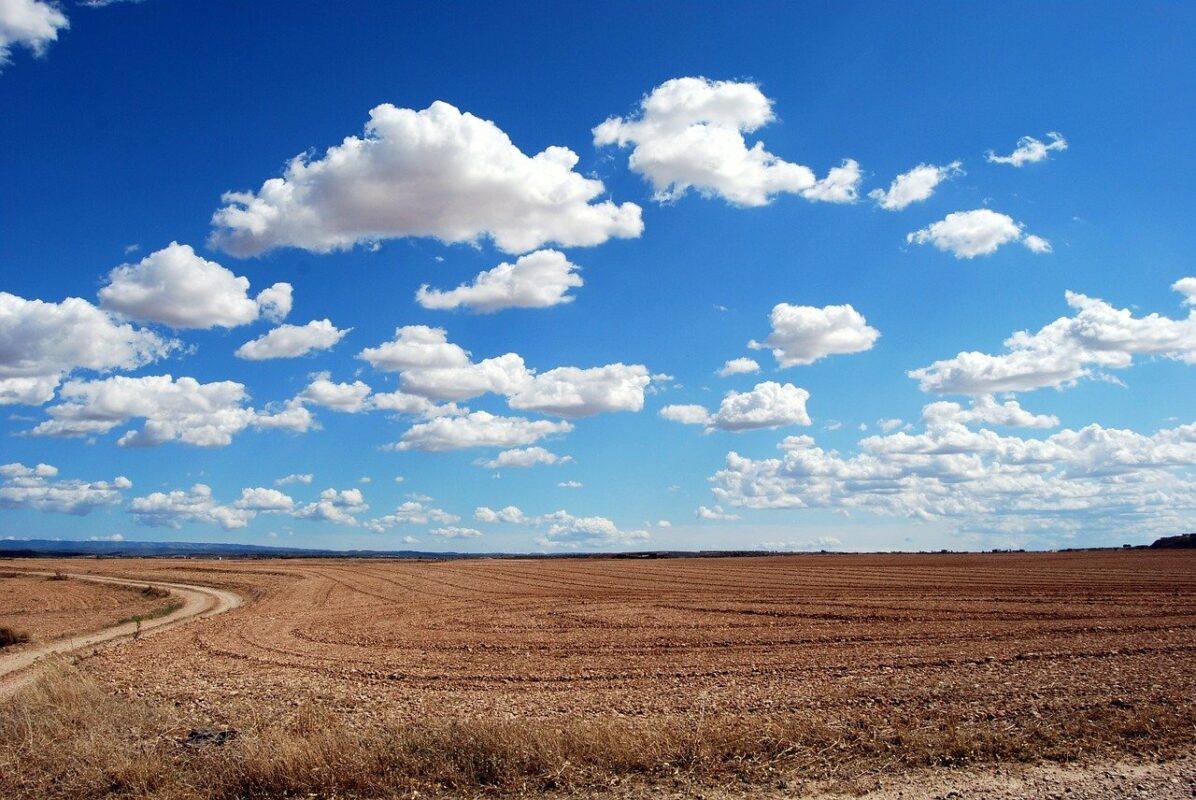 Bitcoin and the market as a whole saw massive liquidations in recent hours as Bitcoin wicked toward its December lows around the $42.5k-area in the hours prior to press time.

Terra has faced strong selling pressure since the $94-level. The $75-level could see Terra buyers in the market once more, but would it lead to a temporary bounce or can it usher in recovery for Terra and an ascent back towards $90? 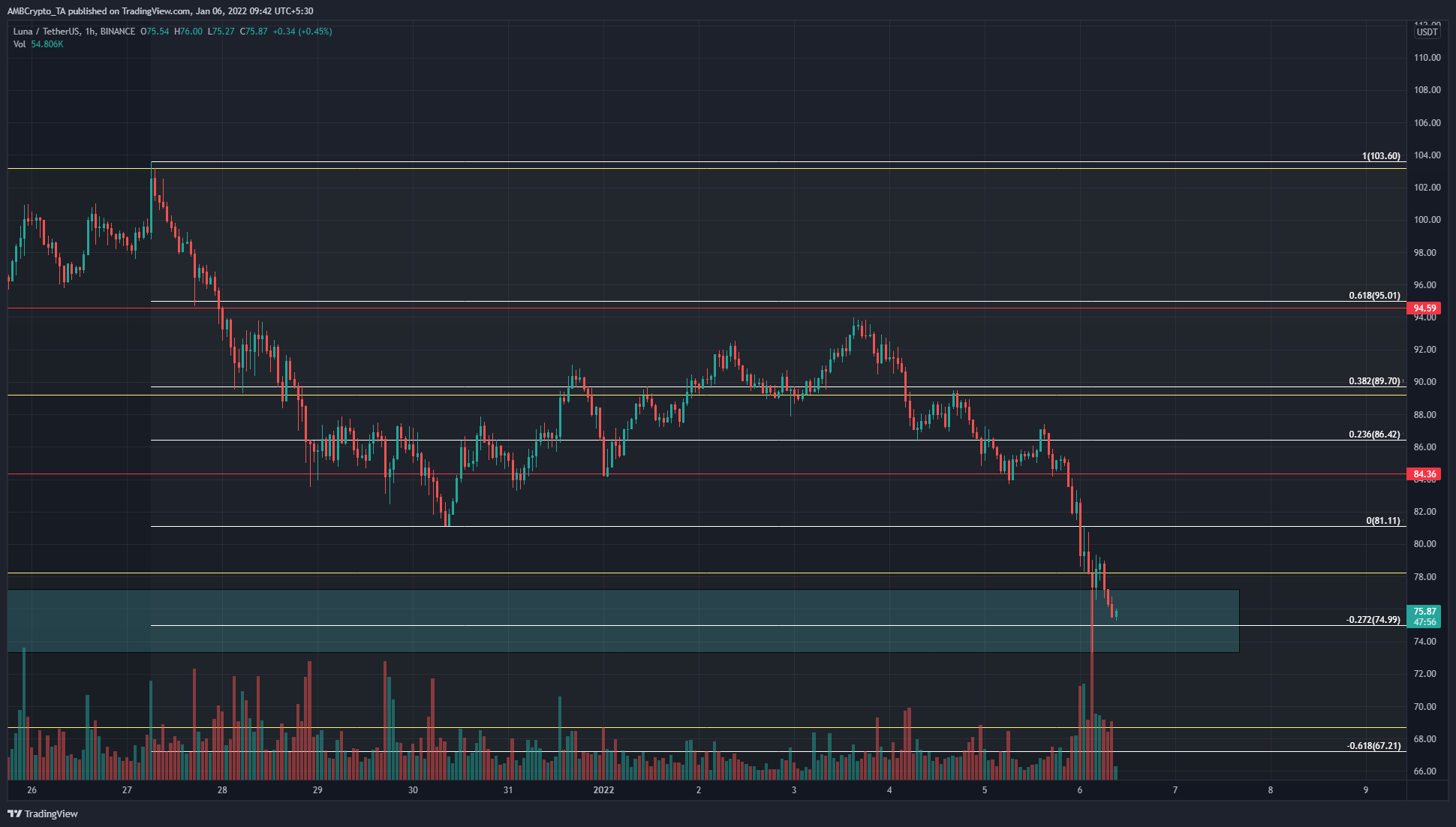 The Fibonacci retracement levels for the near-term LUNA drop from $103.6 to $81.1 was plotted (white). It showed a 27.2% extension level at $74.99. This extension level generally sees some reaction from the price, so a bounce could occur.

This area also lined up with LUNA’s highs in early December. Hence, this move down for LUNA can also be considered as a higher timeframe retest of a previous supply area to search for demand.

This confluence makes it likely for LUNA to see a bounce, but there is some resistance around the $78-area.

The price made a lower low (candle close) while the RSI made a higher low. This bullish divergence, along with the support level confluence, could see LUNA bounce a small way upwards to hit $78.2. But, $78.2 could see selling pressure renew, especially if Bitcoin also heads lower on the charts.

The Stochastic RSI was near the oversold level and the RSI was oversold on the hourly chart. Therefore, a minor bounce could occur, but the $78-$80 area is likely to have large sell orders.

Terra has been one of the strongest altcoins in recent months but has pulled back sharply since its $103-highs. A further pullback cannot be ruled out. On lower timeframes, the sentiment was fearful and bearish due to the sell-off in recent hours.

Until Bitcoin can climb back above $45k, it would be risky to venture into long positions on altcoins. While $75 is a strong level of support, attempting to time the exact local bottom for LUNA would likely only be a frustrating exercise.

India: New poll shows what most crypto-investors really think about the bill