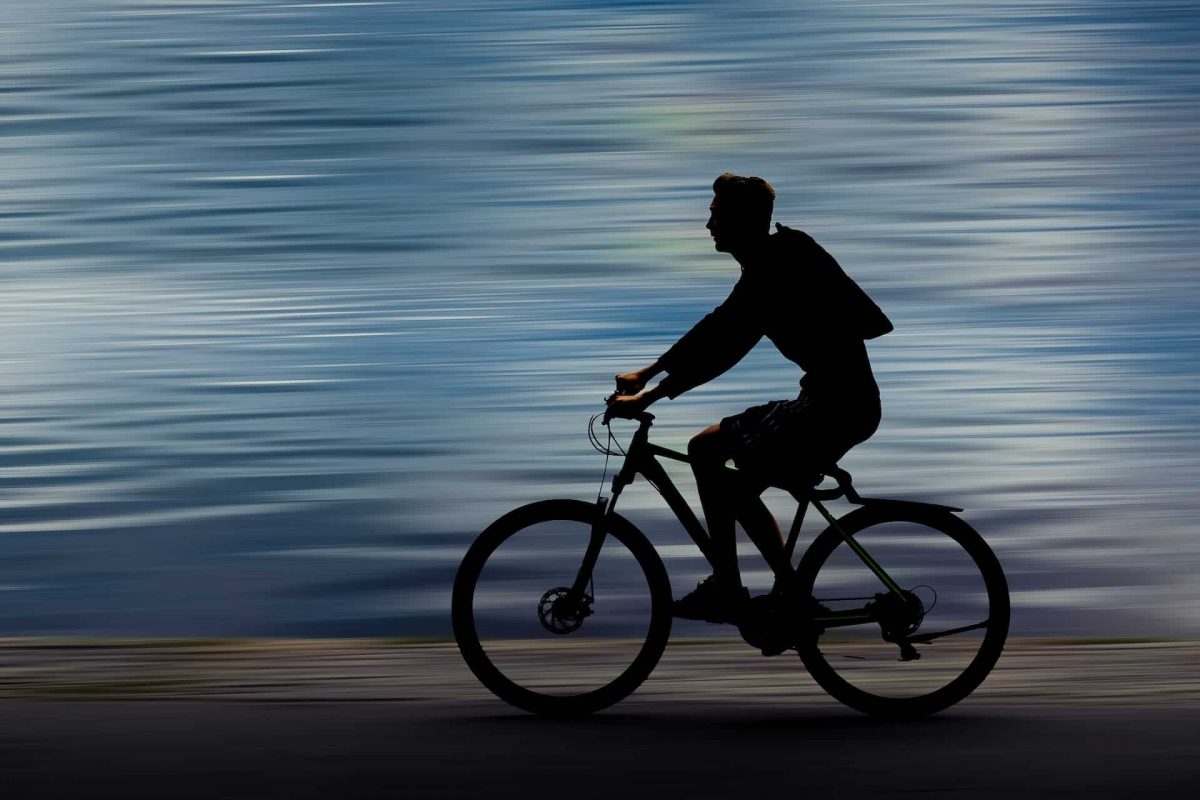 MakerDAO, the governing body of the Maker protocol, recently revealed that a community-wide vote that had been going on for months had concluded.

The goal of the vote was to determine how best to allocate the Maker treasury funds for the best investment. The outcome was the allocation of $500 million to corporate bonds and short-term U.S. Treasury bonds.

On 6 October, an executive vote from Maker token holders led the decentralized autonomous organization (DAO) to authorize a pilot transaction of $1 million, with the remaining money to be reassigned after community approval.

The proposal has been pushed by MakerDAO as a means of diversifying the holdings that are currently used as collateral for DAI, while also enabling the DAO to deploy unspent money and give the protocol more income without putting the DAI peg or MakerDAO’s solvency at unnecessary danger.

On 6 October, the trade chart revealed a rise in price for MKR, which was a favorable development. The asset price began trading at $841 and finished at $844. During the same trading session, it reached a high of $862 and finished with a gain of 0.12% by the end of the trade.

The upward trajectory of MKR’s movement could be visualized by using trend lines. Additionally, it was clear that the resistance line was in the $881 area, while the support line was around $712.

However, it appeared as though the resistance might be tested shortly; if it were to be broken, a new high might be possible. 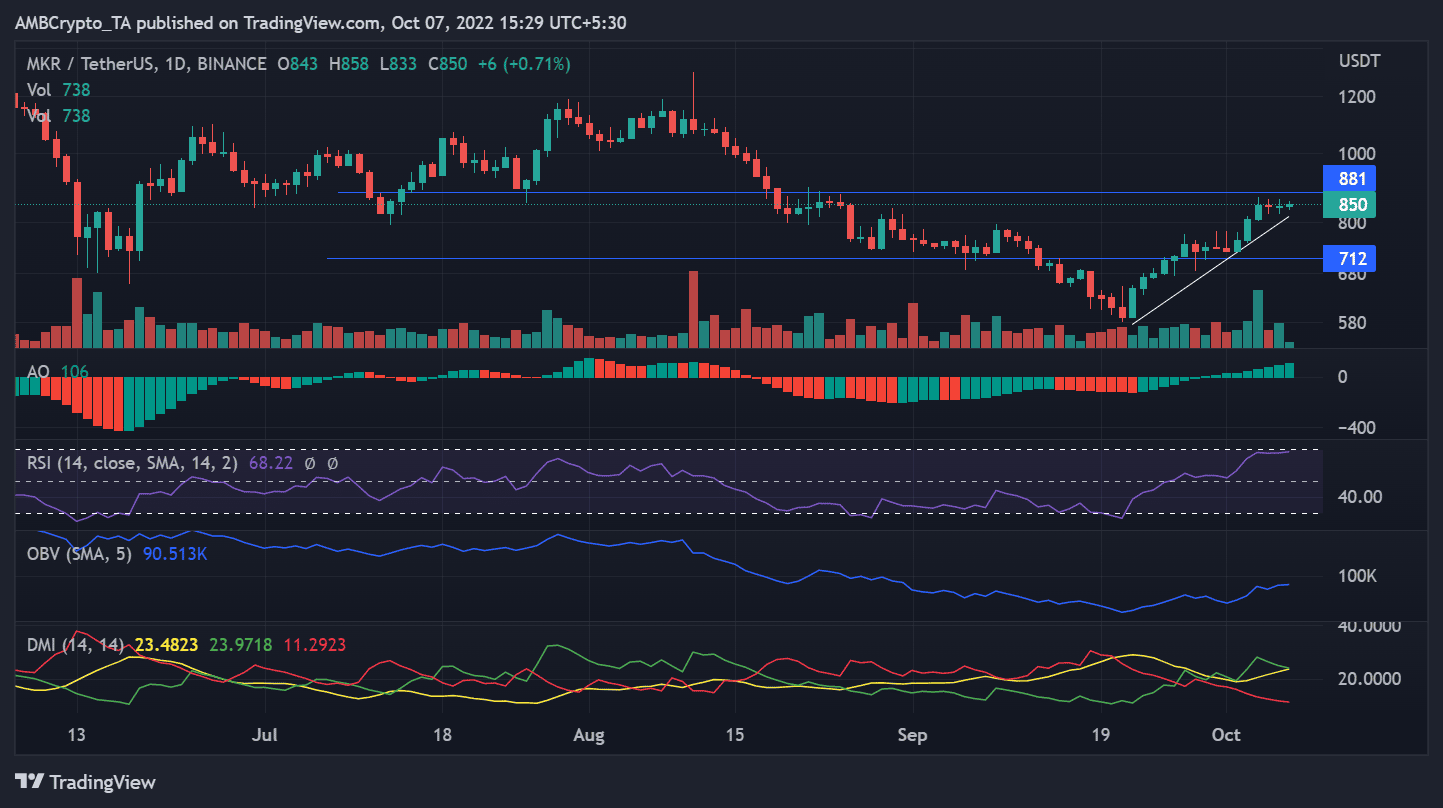 Using the Directional Movement Index Indicator (DMI), we could see that both the plus DI and signal lines were above the critical 20 level. Thus, indicating a bull trend in MKR.

Furthermore, the Awesome Oscillator, at press time, rested above the zero line. Even the Relative Strength Indicator (RSI) line was well over its neutral level. It was approaching its overbought territory, at the time of writing.

All of these indicators pointed to the robust bull run that MKR was having, all on the daily timeframe.

Not to forget, Maker’s expansion into traditional financing helps spread the company’s risks and diversify its revenue away from the potentially unpredictable cryptocurrency sector.

DAI, the fourth largest stablecoin by market cap, with a market capitalization of over $6 billion, stands to benefit just as much from the diversification.

Bitcoin’s hashrate posts impressive numbers, but when will BTC’s price do that