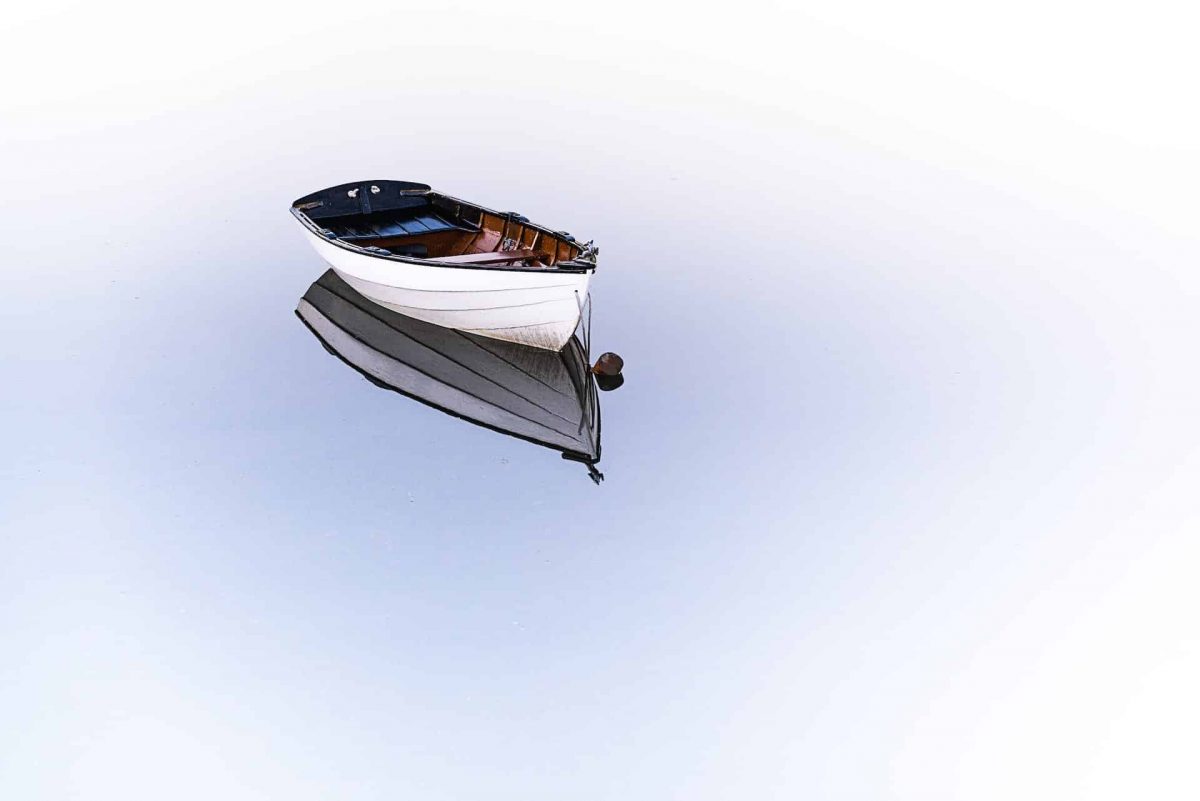 Following the tornado cash sanction, Coinbase proposed that MakerDAO will be the first client of its USDC institutional rewards program.

Making MakerDAO a top customer may be advantageous to Coinbase’s image, but will this development benefit MKR?

This deal involves 33% of the USDC moved from Maker’s Price Stability Module (PSM) to Coinbase’s Prime, for an estimated $1.60 billion, for a yield of 1.5%.

This move could be beneficial for Coinbase after the Tornado cash fiasco as it may improve Coinbase’s reputation. However, the people at MakerDAO need to evaluate the pros and cons of the deal before committing to this proposal.

One of the reasons for Coinbase’s interest could be MakerDAO’s steady growth. MKR has seen outstanding growth in its social media interaction in the past three months.

MakerDAO’s social media engagements have gone up by a whopping 44.22% and its social mentions have grown by 9.68%.

The rise in social media presence could garner interest not only from exchanges but also from other MKR investors as well.

Another update that may pique the interest of investors could be the recent tweet by WhaleStats.  Some of the top 2000 ETH whales have been holding the MKR token, as the token has made it to the list of assets that are being held by the Ethereum whales at the moment.

The number of addresses with more than $1M has also seen a spike, with a growth of 3.51% in the last seven days. The increased interest from whales might be seen positively by investors and traders alike. 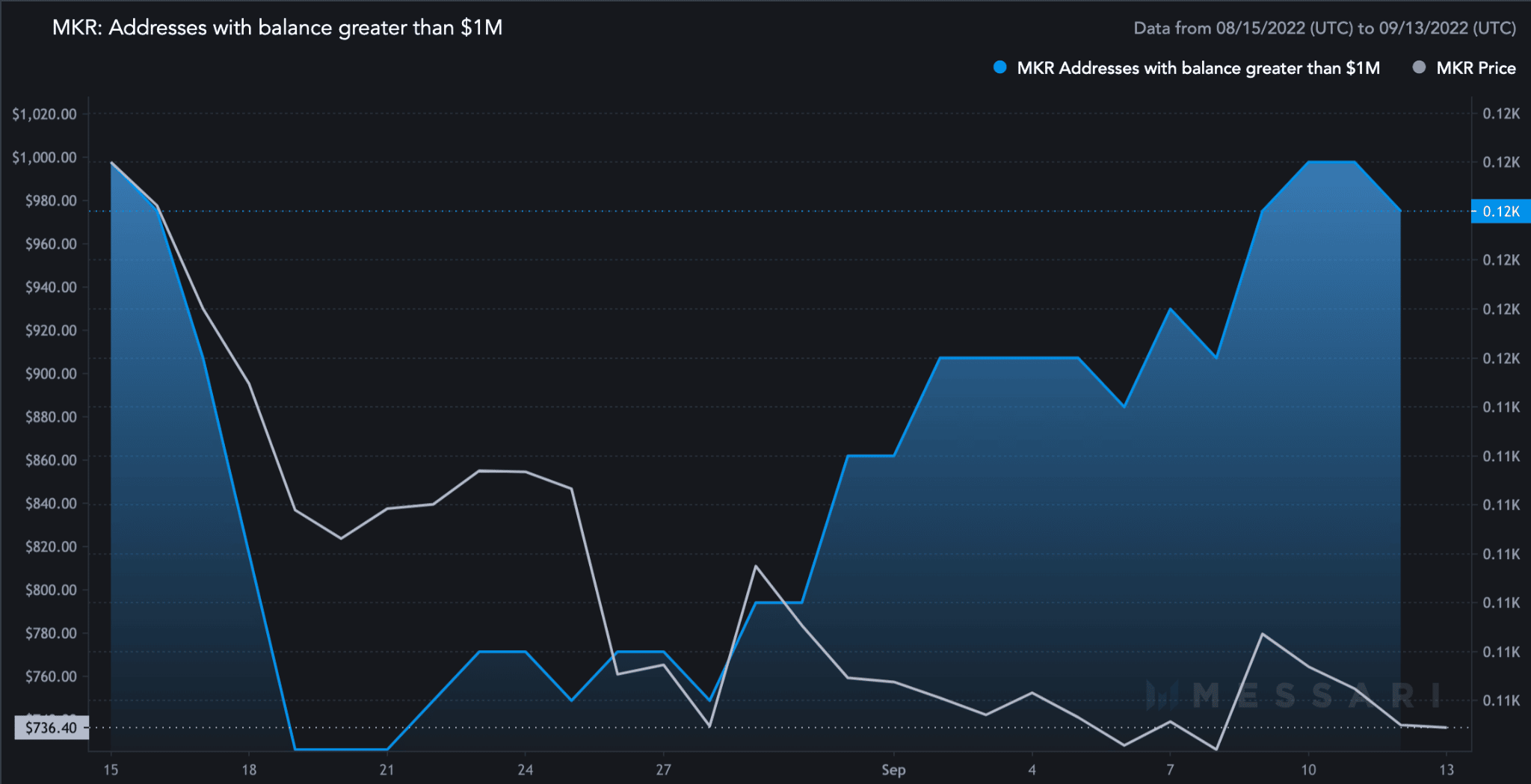 However, there have been signs of concern as well. The total volume has been on a decline since the past month and has depreciated by an alarming 88.16%% in the last 30 days.

MKR’s market cap has also been declining, with its dominance decreasing by 22.29% in the previous 30 days. 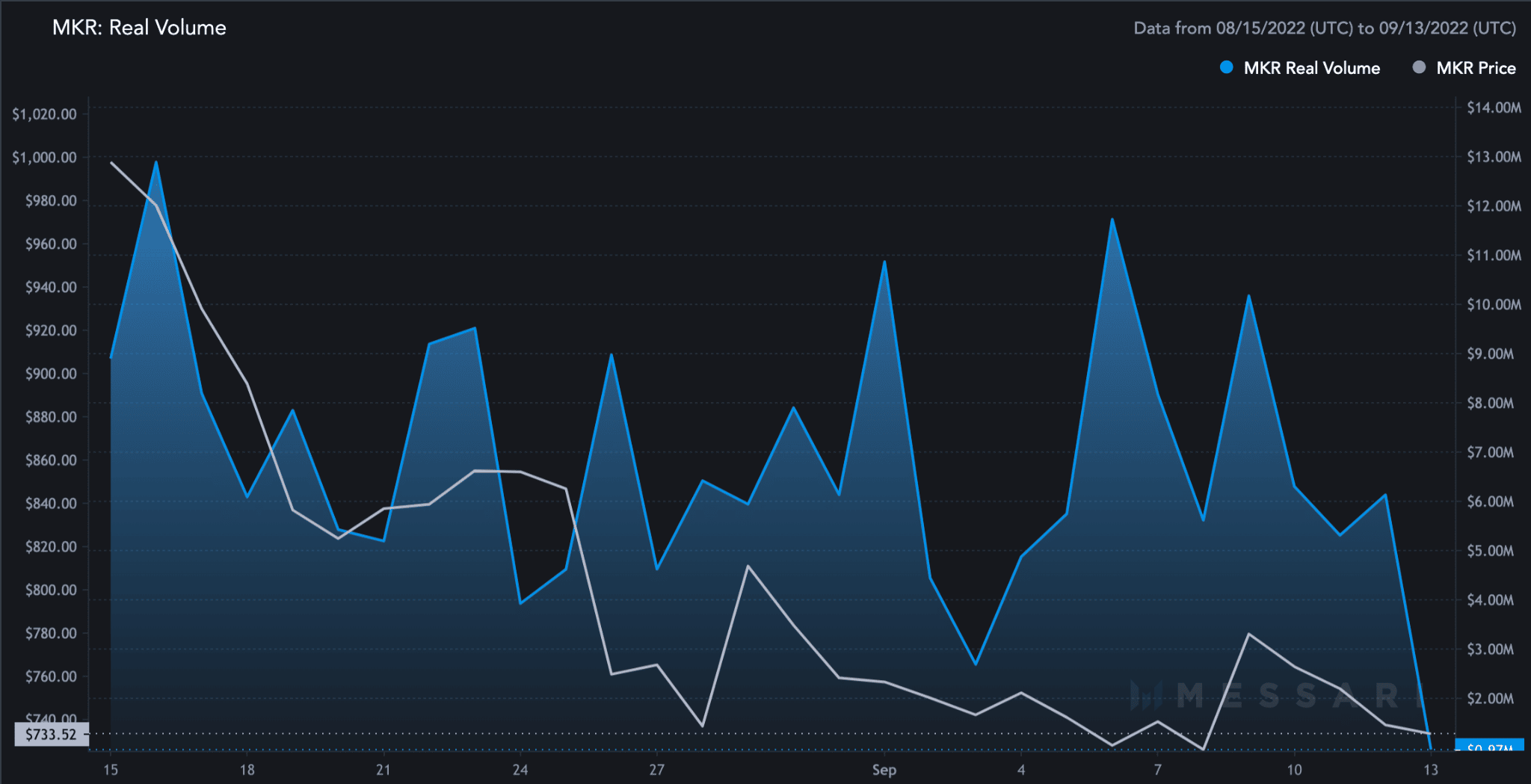 Furthermore, the reading of RSI and CMF looked skewed towards the sellers’ side. 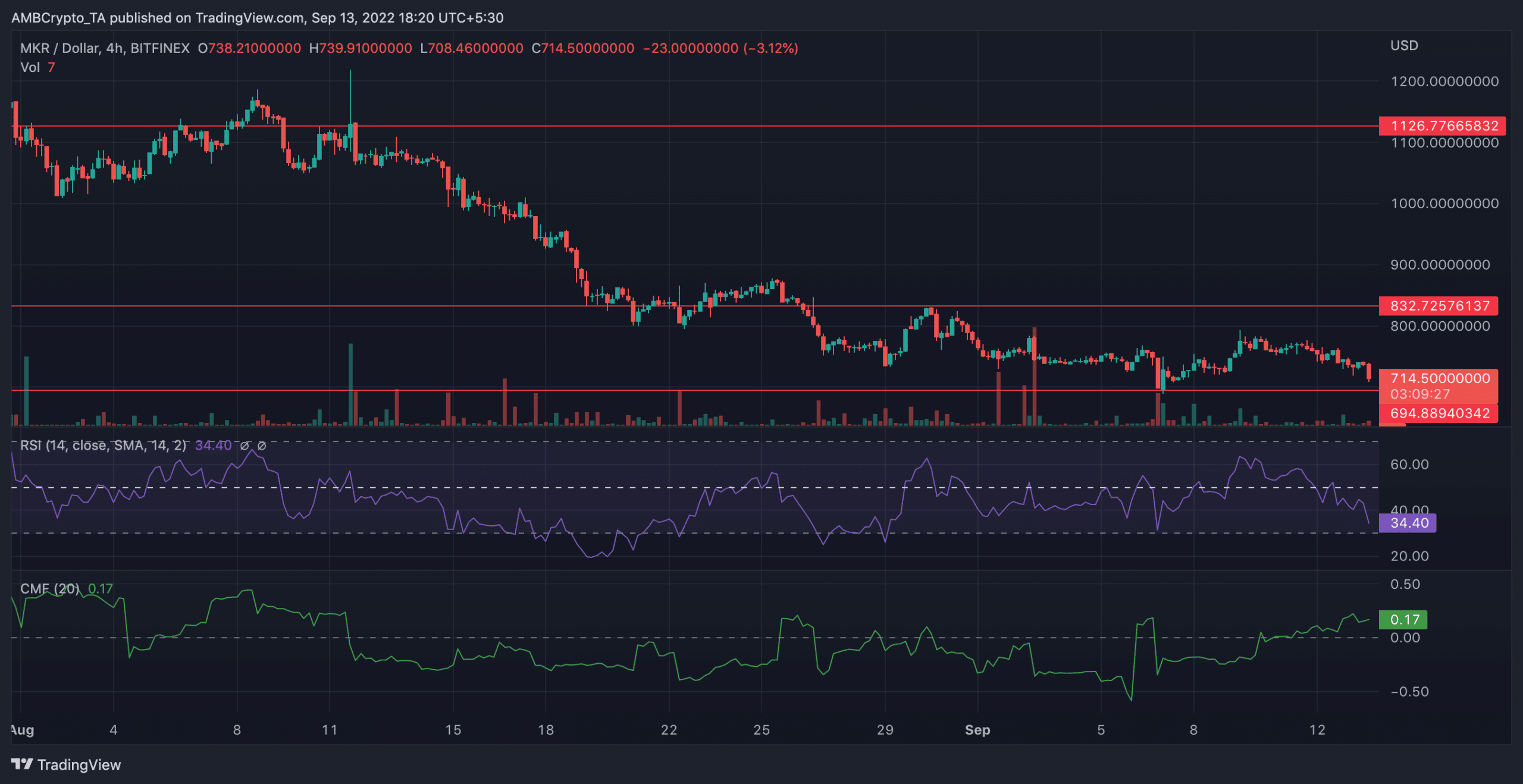 It seems that there could be a lot of volatility for the MKR token in the near future and therefore readers are advised to do their research before getting into any trade.

Doodles NFT holders would be happiest to know this latest development