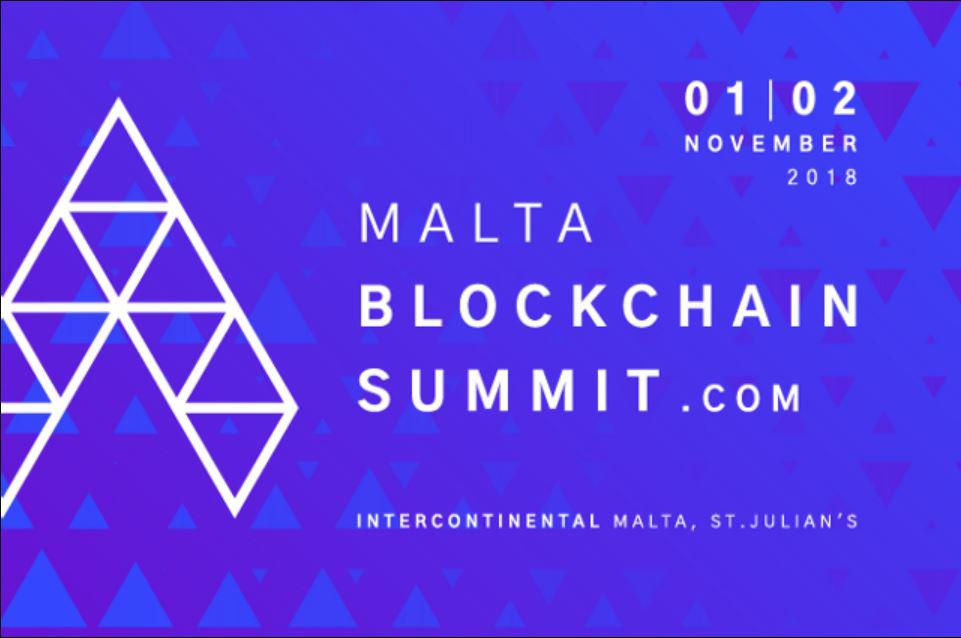 Malta Blockchain Summit 2018 1-2 November, InterContinental Arena, St. Julian’s – Malta
Two of the largest crypto exchanges out there, Binance and OKEx, have already announced their relocation to Malta – the Blockchain Island. Moves like these give credence to the island’s ambitions and make The Malta Blockchain Summit the hottest ticket in town, and a massive development in its own right.
The MBS is coming to the InterContinental in November and brings with it four conferences, a massive expo floor, a Hackathon, an ICO Pitch, a Blockchain Awards ceremony and a Crypto Cruise – just to name some of the highlights.
The Malta Blockchain Summit is expected to attract no less than 5000 delegates, hundreds of investors, 100 speakers and 300 sponsors and exhibitors from prominent players in blockchain and DLT. This summit isn’t just looking to ride the Maltese crypto wave – it aims to amplify it.
Malta has recently earned the name ‘Blockchain Island’, being the first jurisdiction in the world to adopt blockchain regulations, and has attracted the two largest crypto exchanges, Binance and OKEx, to relocate to the island. The massive scale of the Malta Blockchain Summit, set to take place at the InterContinental on November 1-2, is a reflection of this momentum.
The summit includes four conferences, a buzzing expo floor, a two-day Hackathon, a Blockchain Awards ceremony, an eclectic ICO Pitch – and ends with a suave Crypto Cruise.
Eman Pulis, CEO of the Malta Blockchain Summit said:

“I wish to welcome every blockchain enthusiast to the Malta Blockchain Summit, a melting pot for global influencers in technology, civil society, democracy promotion and innovation. Expect riveting discussion about the world-changing potential applications of blockchain across multiple verticals, including, but not limited to entertainment, government, banking, payments and fintech, and more.”

The summit is comprised of four conferences covering the field’s government and regulation, marketing and affiliation, fintech, tokenomics and cryptocurrencies, and blockchain for developers. To maximise value for the exhibitors, blockchain developers and affiliates are invited to the Malta Blockchain Summit free of charge.
Boasting over 5000 delegates, hundreds of investors, 100 speakers and 300 sponsors and exhibitors, the Malta Blockchain Summit promises to be an innovative and momentous opportunity for global influencers to network, forge new connections and debate the potential applications of blockchain across a myriad of industries such as health, entertainment, government, and banking.
An illustrious melting pot of global speakers has already been confirmed to take part, including prominent individuals such as blockchain Co-Inventor W. Scott Stornetta, Evercoin-founder Miko Matsumura, Forbes 30 under 30 Tugce Ergul, TechCrunch-Editor Mike Butcher, along with Jon Matonis, Felix Petersen, Loretta Joseph, Yida Gao, Tim Rehder, Marc P. Bernegger, Max Krupyshev, Prashant Fonseka, Gordon Einstein, Alex Lightman, Eva Kaili, Sebastian Markowsky, Joseph Cuschieri, Philippe Chevry, Steve Tendon, and Ian Gauci, to name a few.
The Prime Minister of Malta, Joseph Muscat, will inaugurate the regulatory conference.
It is already evident that the island is on the best track to become a centre of excellence for emerging blockchain and DLT – hence it has recently earned the name ‘Blockchain Island’ in prominent media channels. The summit is already sold out on all platinum, gold and silver exhibition packages, and a fourth of all the tickets are already spoken for – four months ahead of the event. It is becoming increasingly clear that the Malta Blockchain Summit is the quintessential ticket for the blockchain and DLT community this year.
For more information, click here.