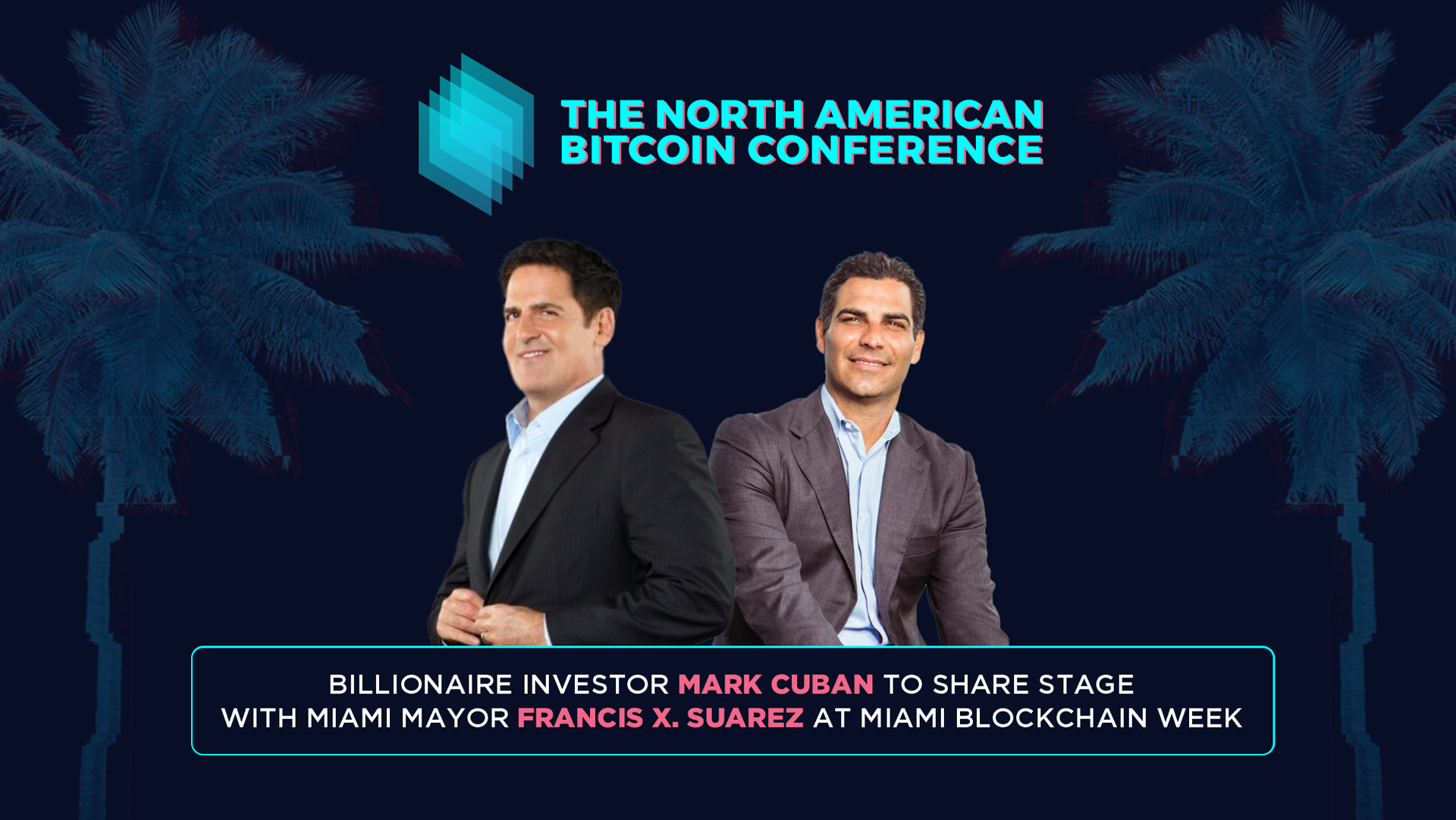 The largest crypto conference and trade show of Blockchain Week Miami, TNABC will focus on discussing the latest technologies, trends, and opportunities in the cryptocurrency and blockchain markets, including:

Mark Cuban is an entrepreneur, television personality from the hit ABC reality TV series “Shark Tank.”, and media proprietor. He is the owner of the Dallas Mavericks professional basketball team of the National Basketball Association, co-owner of 2929 Entertainment, and chairman of AXS-TV. He also has 18 blockchain companies as part of his portfolio, including Lazy.com, an online gallery, and a marketplace for NFTs.

Speaking of the evolving landscape of crypto-investment, Cuban says, “I’m investing in things like decentralized insurance applications, decentralized ways to distribute NFTs, which allow for things like 3-D printing files, textbooks – so many different applications. It’s very analogous to what we saw in the early days of the internet when we went from analog to digital.”

Francis X. Suares is the 33rd mayor of Miami who has aspirations of being “the first city in America to give a Bitcoin yield as a dividend directly to its residents.” He hopes to one day run the city “without taxes” instead of funding everything with MiamiCoin which has earned the city over $21 million since it was established last August.

Talks by Cuban, Mayor Suarez, and a curated lineup of highest-level crypto investors, blockchain entrepreneurs, and industry pioneers will be delivered to an audience of 4,000+ over 3 days at The North American Bitcoin Conference and streamed live on TNABC’s virtual event platform with Q&A opportunities for attendees.

The North American Bitcoin Conference in Miami is hosted for its eighth year by Keynote, which is responsible for the largest and longest-running conferences in the blockchain space, such as the World Blockchain Forum (WBF) and the Fantom Developer Conference. Keynote seeks to inspire and enable the blockchain and crypto community across all skill levels, continue to move the conversation forward, and help shape their ecosystems.

“Our goal–and responsibility–is to provide a platform that encourages more than just talking about the future. We focus on reshaping, refining, and redefining it. We’re incredibly proud that Ethereum, Litecoin, Factom, Dash, and Blockchain Capital have all launched from our stages, and we’re excited to see what industry-disrupting techs launch this year,” said Moe Levin, CEO of Keynote Limited.

Early Release tickets are now on sale at btcmiami.com with a scheduled price increase coming soon. A full confirmed speakers list can also be found at btcmiami.com/speakers