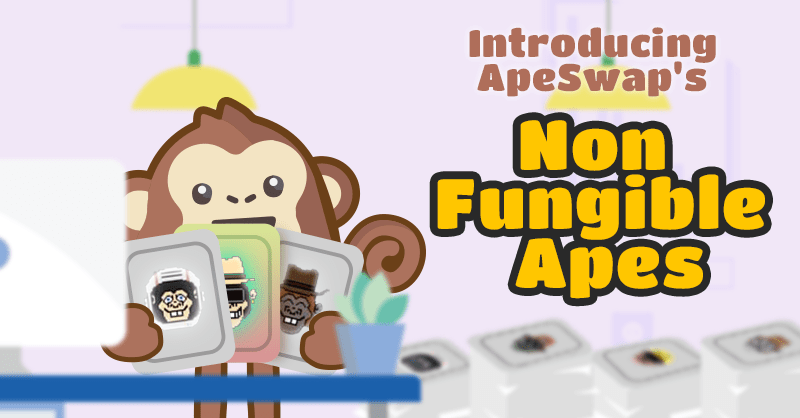 ApeSwap wouldn’t be a true crypto project without dipping its toes into the NFT space ? So we’re excited to present to you, Non-Fungible Apes! They launched on the 8th of April and sold out in less than 2 minutes, some already re-sold for up to 32x their initial sale value!

What are Non-Fungible Apes?

Non-Fungible Apes (or NFAs) is a cryptographically generated set of 1,000 unique, rare, immutable, digital apes. Each ape is created by hashing a string (such as “Strong Ape”) to randomly generate a set of 6 characteristics: Base, Face, Frame, Mouth, Eyes, and Top.

Each characteristic has a different likelihood of occurring in each ape generation, making some characteristics much rarer than others. For instance, only 32 apes have laser eyes and only 107 apes have sunglasses. Each ape has a score generated based on the combined rarity of its characteristics (more details about rarity can be seen in the Github repo).

We then categorize that score into one of five different tiers to determine overall rarity. The rarity tiers are as follows: 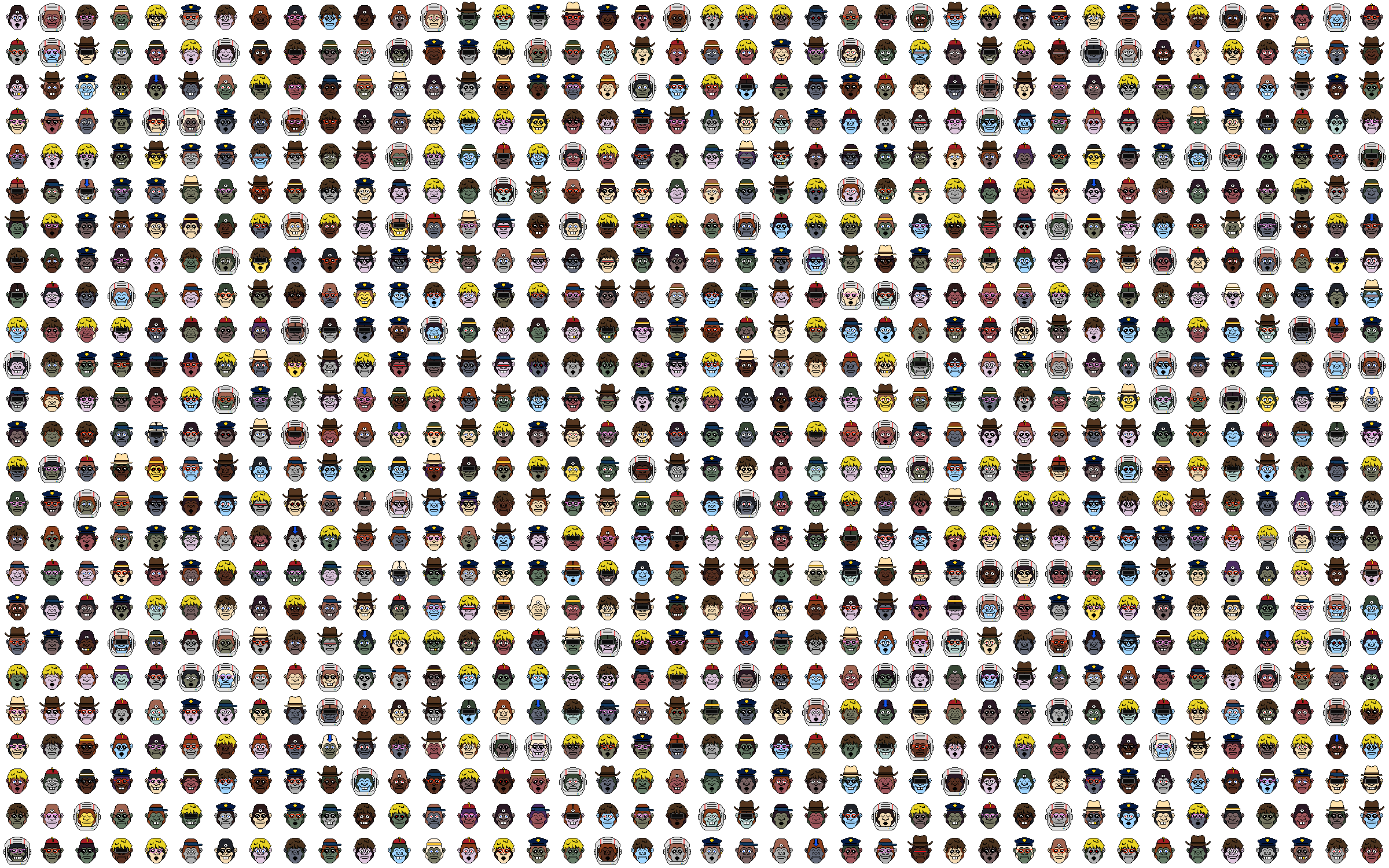 We have updated the smart contract code for Non-Fungible Apes to now adhere to the 721 standard so that more platforms (such as 3rd party marketplaces) can support them. NFAs will no longer be using CryptoPunks code.

You can see the verified Non-Fungible Apes smart contract here, as well as a dedicated Github repository with all the apes here.

Non-Fungible Apes launched on April 8th and were a huge success. Our NFA’s sold out in less than 2 minutes! And if it wasn’t enough, the aftermarket in Treasureland and Lootex is now open, with NFA’s becoming increasingly valuable – some even up to 32x their original listing price. 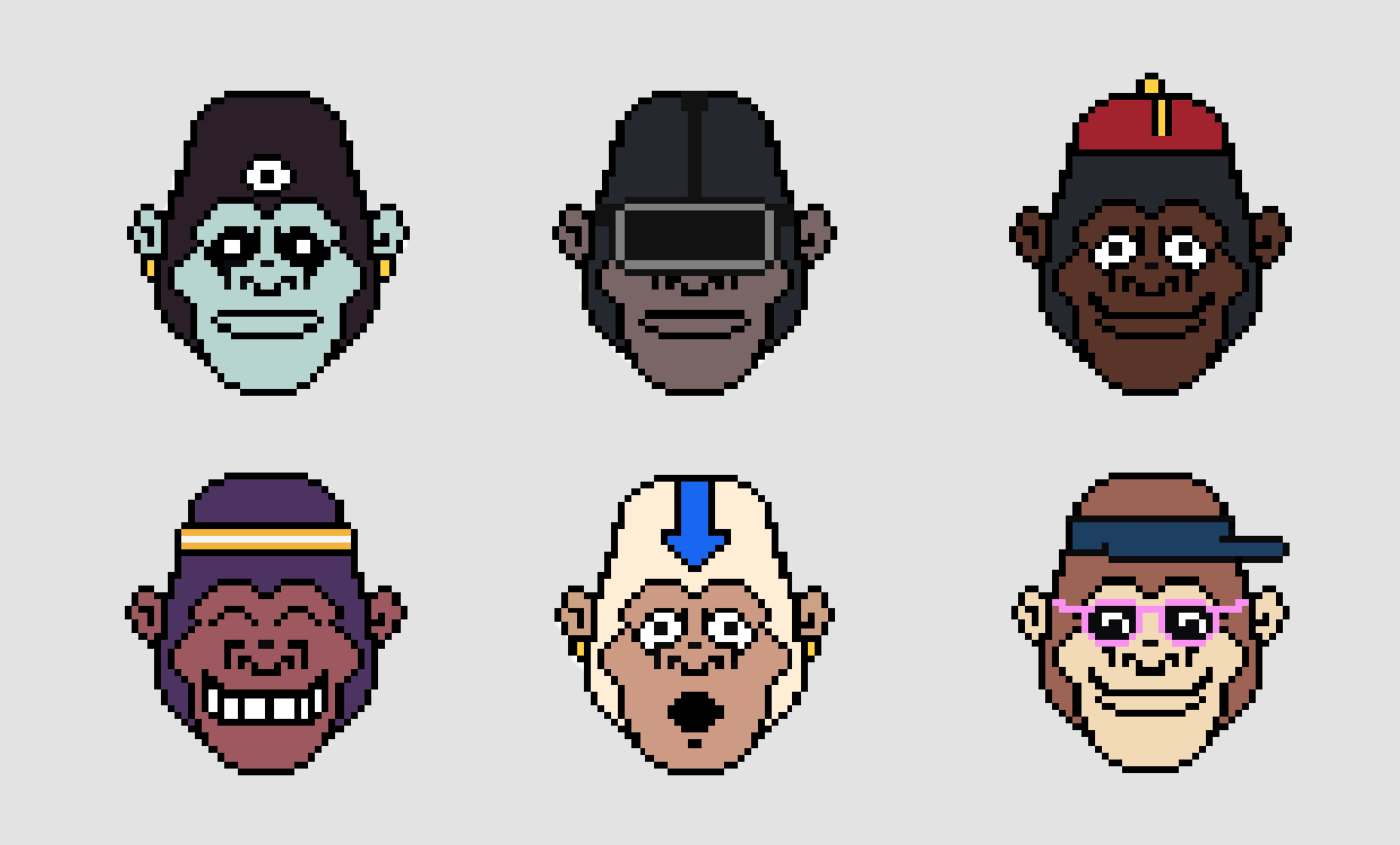 Non-Fungible Apes will be released and sold in batches of 100, with the first batch having a listing price of 0.25 BNB for Common Chimps, with increasing pricing for apes with more rare characteristics and specialized names. There will only be 1,000 Non-Fungible Apes ever released.

So what are your plans with the NFAs?

While NFAs are a cool novelty for our ApeSwap collectors, we have the fullest intentions to bring true utility to our Non-Fungible Ape holders. That’s right, not only will NFAs get more valuable over time from a scarcity perspective, but also from a utility and use case perspective.

Initially, NFAs will be integrated into the ApeSwap.Finance platform as profile photos and a dedicated NFA/NFT page where users can see their collection and browse the entire set of apes. In the future, ApeSwap NFT holders may receive benefits such as airdrops, early access, and more! We’re still figuring out the details, so give us your suggestions on our community feedback board.

Good luck getting your hands on an NFA when the second batch comes out, they’ll be going fast ?