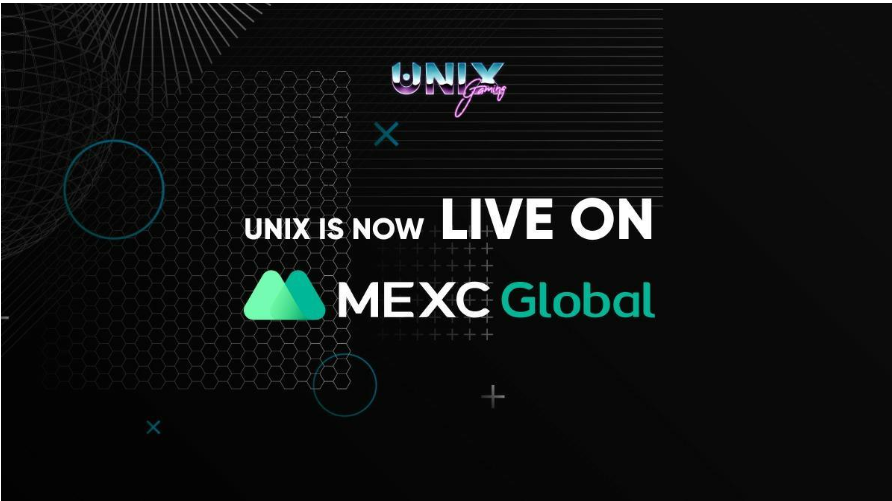 UniX Gaming is delighted to announce that they are now officially listed on MEXC, a top 20 exchange, following the announcement of their Final Round launchpad. This is the second CEX on which UniX has been listed, with several more planned for later this year.

“This is the second centralized exchange listing we’ve had this year, and we are so excited to announce more over the next several months. It has been a great year for us so far with our ‘Final Round’ launchpad in partnership with DAO Maker and SL2 Capital having just been announced. We are extremely grateful for our community’s support so far, and we’re excited to share more soon,” stated Mirko Basil Doelger, the co-founder and CEO of Unix Gaming.

MEXC is a well-known cryptocurrency exchange that is often regarded as a good starting point for beginner crypto investors. MEXC is one of the top 20 exchanges in the world, allowing the UniX token to be seen by millions of people, enhancing adoption and long-term value.

Established in April 2018, MEXC Global is a digital asset trading platform with more than 7 million users, which offers users one-stop services, including spot, margin, leveraged ETFs, derivatives trading and staking services. The core members of the team come from international enterprises and financial companies and have experience in blockchain and financial industries.

As one of the early adopters in the P2E space, UniX launched in June 2021 with a different approach to gaming by combining the fun of gaming to help people in developing countries. Through their use of emerging play-to-earn models, UniX provides scholarships to players from less developed countries, as well as through their upcoming play-to-earn game. UniX’s scholarships have created the biggest gaming community, or guild, worldwide with more than 190,000 members since June 2021.

XRP: Why this level can trigger a change in direction for the positive