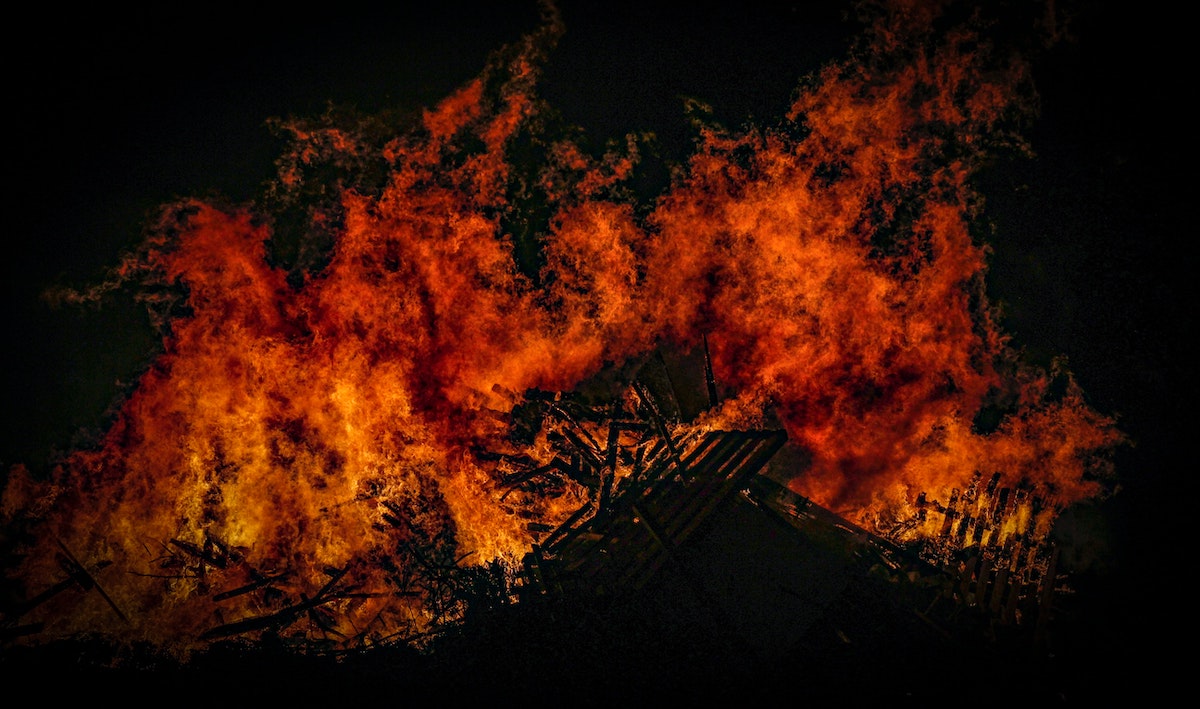 Ethereum, the world’s largest altcoin, followed a bearish path below the $2,850-pivot level. In fact, ETH even traded below the $2,800-support level amidst the wider correction within the market. It traded as low as $2,718 before the bulls appeared on the horizon. Soon after, Ether’s price started an upside correction and climbed above the $2,750-level.

At press time, ETH, following a 2% hike, was trading at $2.85k. That’s not all, however, as ETH also noted a spike in burning activity.

Too HOT to Handle

Ethereum is projected to become deflationary later this year. The much-anticipated ‘Merge‘ would decrease ETH’s issuance by 90%, leading to more ETH burned than “printed.” Ethereum has already recorded several days of deflation due to high fees resulting in more being burnt. Following the merge, ETH’s net issuance is likely to range between -1% and -2.5%, depending mostly on the network’s transaction fees.

Talking about the burning mechanism, here’s the latest report card as it continues to hit new records.

According to WatchTheBurn, ETH burned today exceeded 69,200 ETH, with the net issuance of ETH at -61,600. Both set new single-day historical records since EIP-1559 took effect. 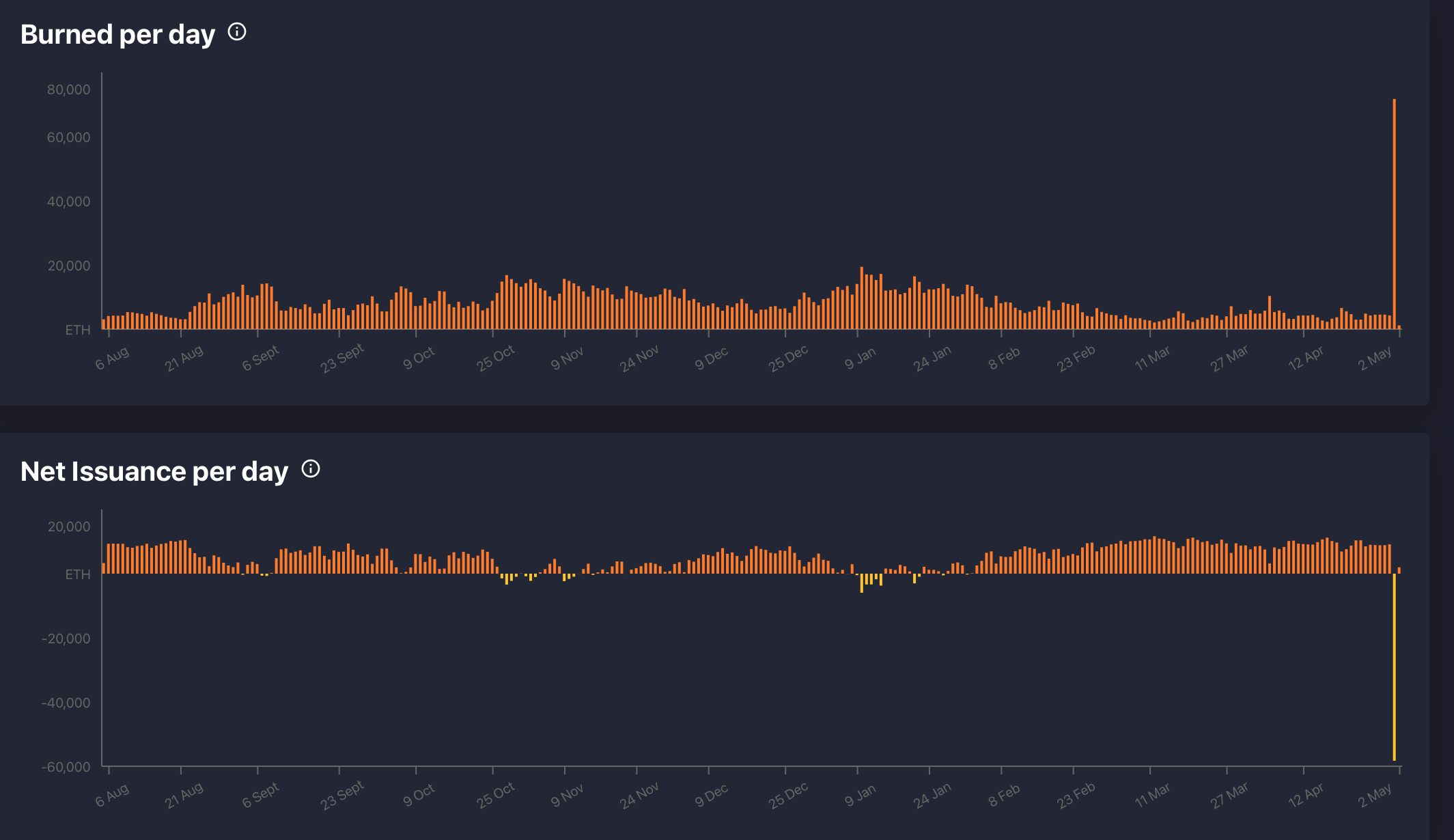 The highly-anticipated virtual land sale related to Yuga Labs’ metaverse project went live days ago. The sale affected a huge portion of the entire crypto-market. The massive demand led to ETH fees worth nearly $200 million. In fact, data from Etherscan showed that users have paid almost 64,000 ETH in fees, equaling over $175 million, in the past 24 hours alone.

The aforementioned uptick on the graph best represents this unprecedented rise. At press time, 55,000 ETH burned from Otherdeed was the sixth-largest burn in history.

Thanks to EIP-1559, the base fee burned during each transaction steadily decreases Ether’s circulating supply. Since the implementation of the burn protocol, Ether’s supply became 1.6% lower than what it would’ve been without the hard fork. This is a sign of a significant fall in its circulating supply. 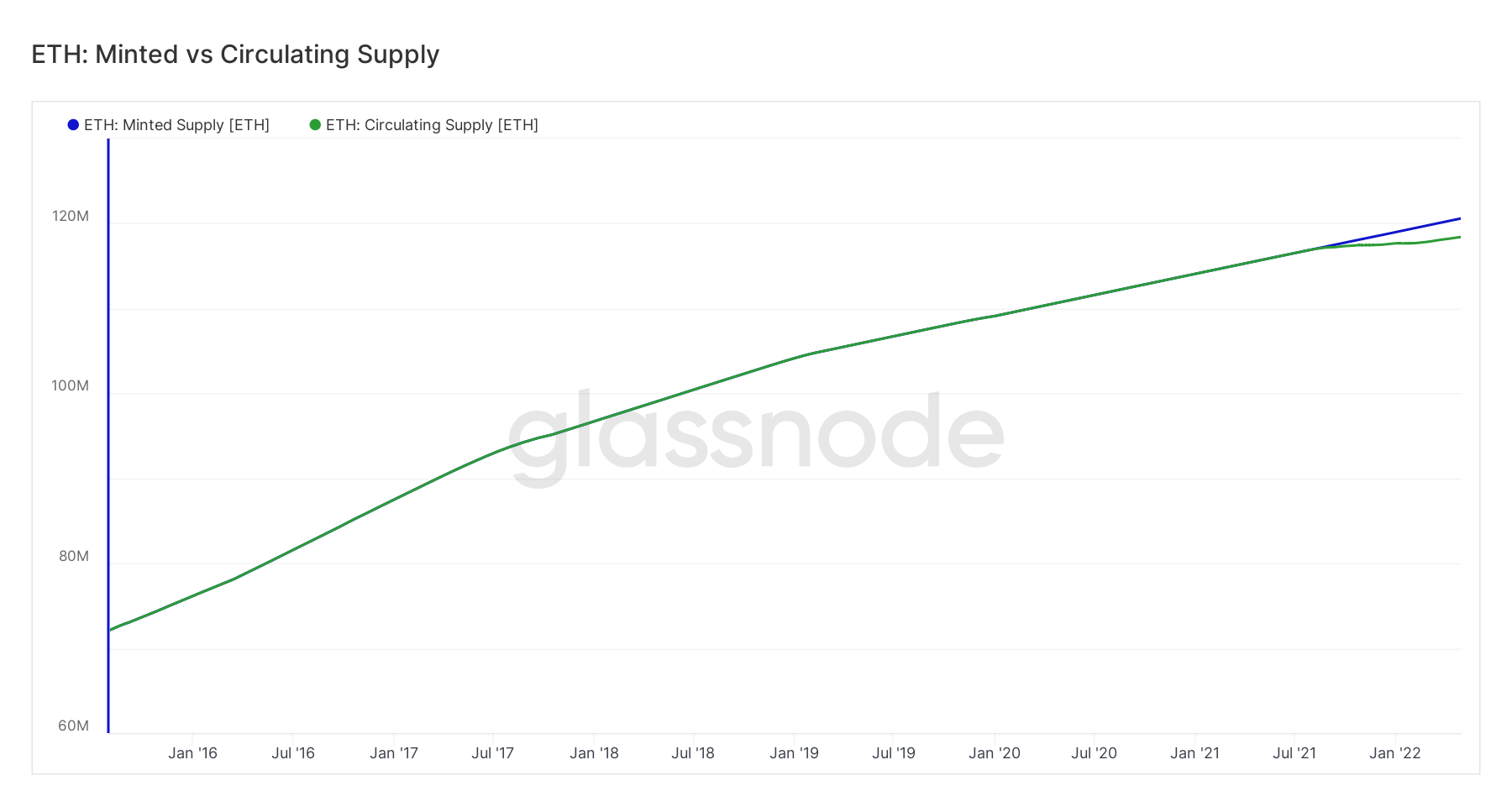 Similarly, ETH supply on cryptocurrency exchanges fell consistently over the past few months. This suggested that the digital asset’s price could see more positive price action in the coming months.

Doubts, Ponzi, and whatnot

The firm behind the wildly popular Bored Ape Yacht Club NFT collection, Yuga Labs, launched a new land title collection called Otherdeed for its Otherside Metaverse. Overwhelming demand caused the average cost of an Ethereum transaction to surge to over $400 at the time, according to Etherscan.

Network fee tracker BitInfoCharts reported that average fees spiked to an all-time high of around $200 on 1 May. The hike in the gas fee, obviously, would anger a certain chunk of the crowd.

Following this event, ETH users paid a median fee of $4,830 per transaction over a one-hour window. Ergo, censures such as ‘Ponzi’ emerged soon after.