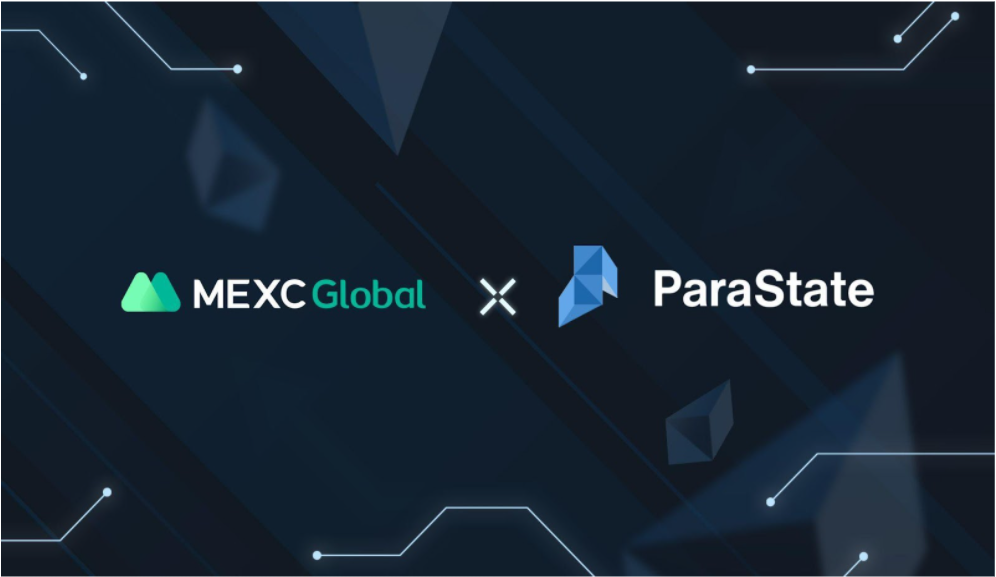 ParaState, a multi-chain smart contract platform bridging the application and developer ecosystems between different chains and Ethereum, will be listed on the leading digital asset exchange MEXC Global on 16 February, 2022.

Known as Ethereum on steroids, ParaState is a multi-chain smart contract platform extending the frontier of Ethereum by connecting the application and developer ecosystem between Ethereum and Polkadot, as well as other high performance Substrate-based blockchains wanting to provide Ethereum compatibility.

These two infrastructures are ensured to talk to each other and share the same account system on ParaState.

ParaState strongly believes in the implementation of its Ewasm  technology integrated with other blockchain projects that wish to improve the execution times of their smart contracts thanks to the technical scalability capabilities inherent to the Polkadot ecosystem.

To achieve this, the ParaState token STATE, which will be listed on MEXC Global, acts as fuel for its token economy, applying a DAO model to allow all actors to earn more tokens for positively contributing to the development and expansion of the ecosystem.

MEXC Global has been working closely with ParaState as a strong supporter since its early stage. The listing on MEXC Global will not only add liquidity to the State Token and expand the ParaState community, but will also make it easier for more developers and users to experience high performance on-chain solutions for Ethereum-Compatible smart contracts.

Established in April 2018, MEXC Global is a digital asset trading platform with over 7 million users, which offers users one-stop services including spot, margin, leveraged ETFs, derivatives trading and staking services. The core members of the team come from international enterprises and financial companies and have experience in blockchain and financial industries.

Monero was trading at a take-profit level; can bulls push the price past this area of supply