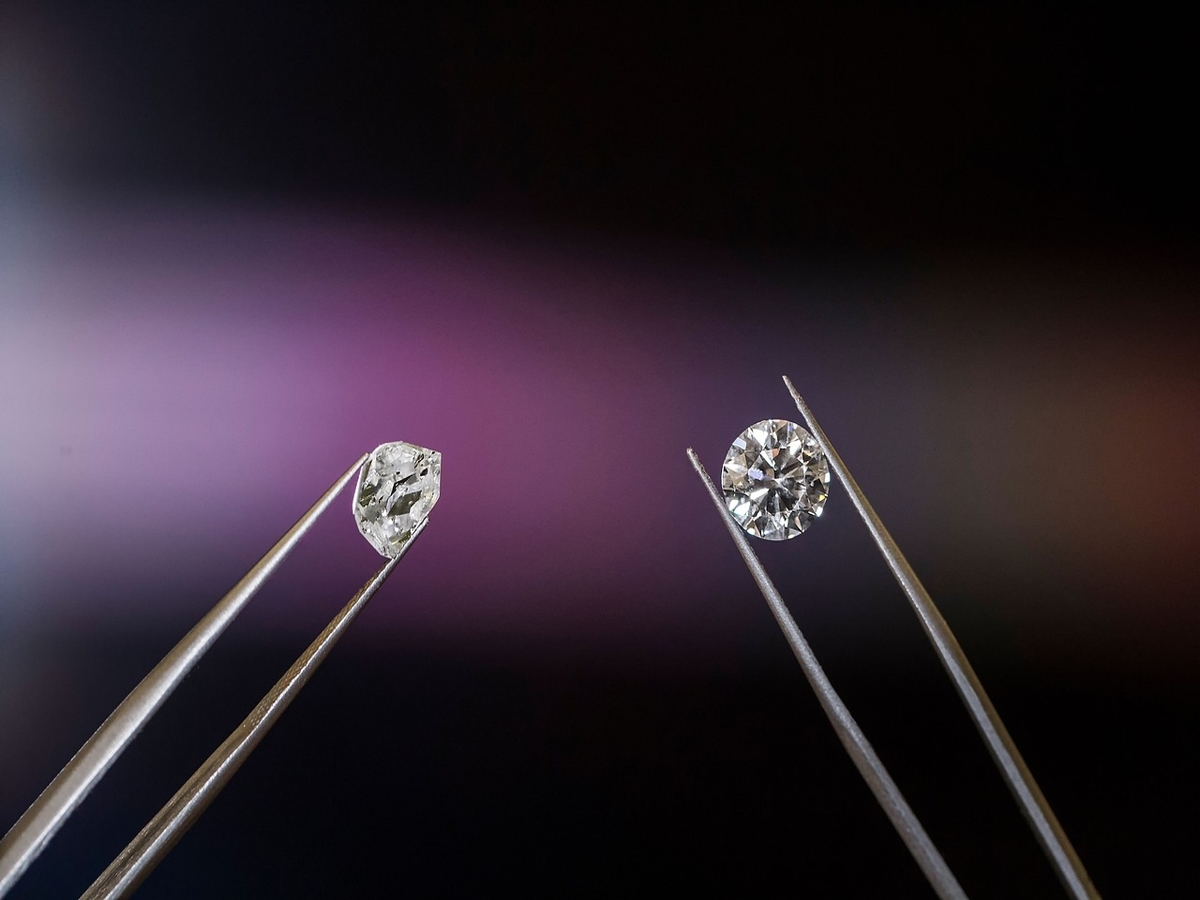 It has almost become a norm to accumulate Bitcoin whenever its price oscillates in the lower ranges. In fact, even though the king coin’s price has climbed well past $40k over the past few days, most of Bitcoin’s long-term investors are still in accumulation mode. However, are miners doing the same too?

According to data from CryptoQuant, miners are most definitely clinging to their BTCs. Let’s consider the Miners’ Position Index’s reading, for starters. Generally, a value above 2 on this indicator implies that miners are actively participating in the sell market. Interestingly, at press time, the same shared a value of -0.67. In fact, the MPI has been consolidating under 0 for close to two months now.

The MPI is the ratio of Bitcoin leaving all miners’ wallets to its one-year moving average. Ergo, it ends up reacting a little late to the most recent miner activities. To confirm the HODLing trend, let’s further look into miner outflows. 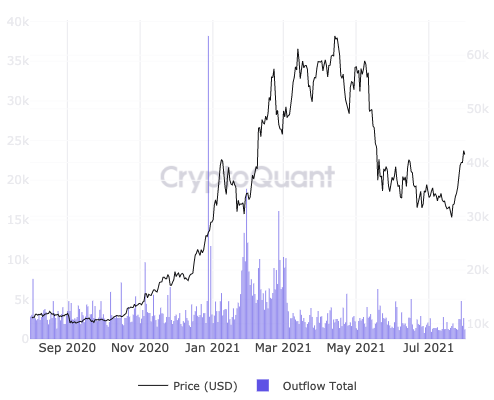 As can be seen from the attached chart, the cumulative outflows have hardly crossed the 5k mark over the past two months. Notably, when BTC’s price rally gathered steam earlier this year, the outflows increased substantially. What’s more, on a couple of occasions, the same went on to cross the 15k mark. However, as Bitcoin’s price inched towards its $64k ATH in April, the outflows fell back below 5k again.

Miners clinging on to their HODLings is a clear indication of their confidence in the long-term prospects of BTC. To a fair extent, it can also be contended that Bitcoin’s bull run hasn’t quite begun yet.

Furthermore, the total revenue for all miners has seen a substantial uptick over the past few days. According to Glassnode’s data, their earnings (fees + newly minted coins) surged by 156.98% from 27 June to 31 July. Miners, to a fair extent, depend upon their revenue to cover up their costs.

Hence, the rise in this metric underlines the fact that the need for miners to liquidate their HODLings is quite minimal at the moment. 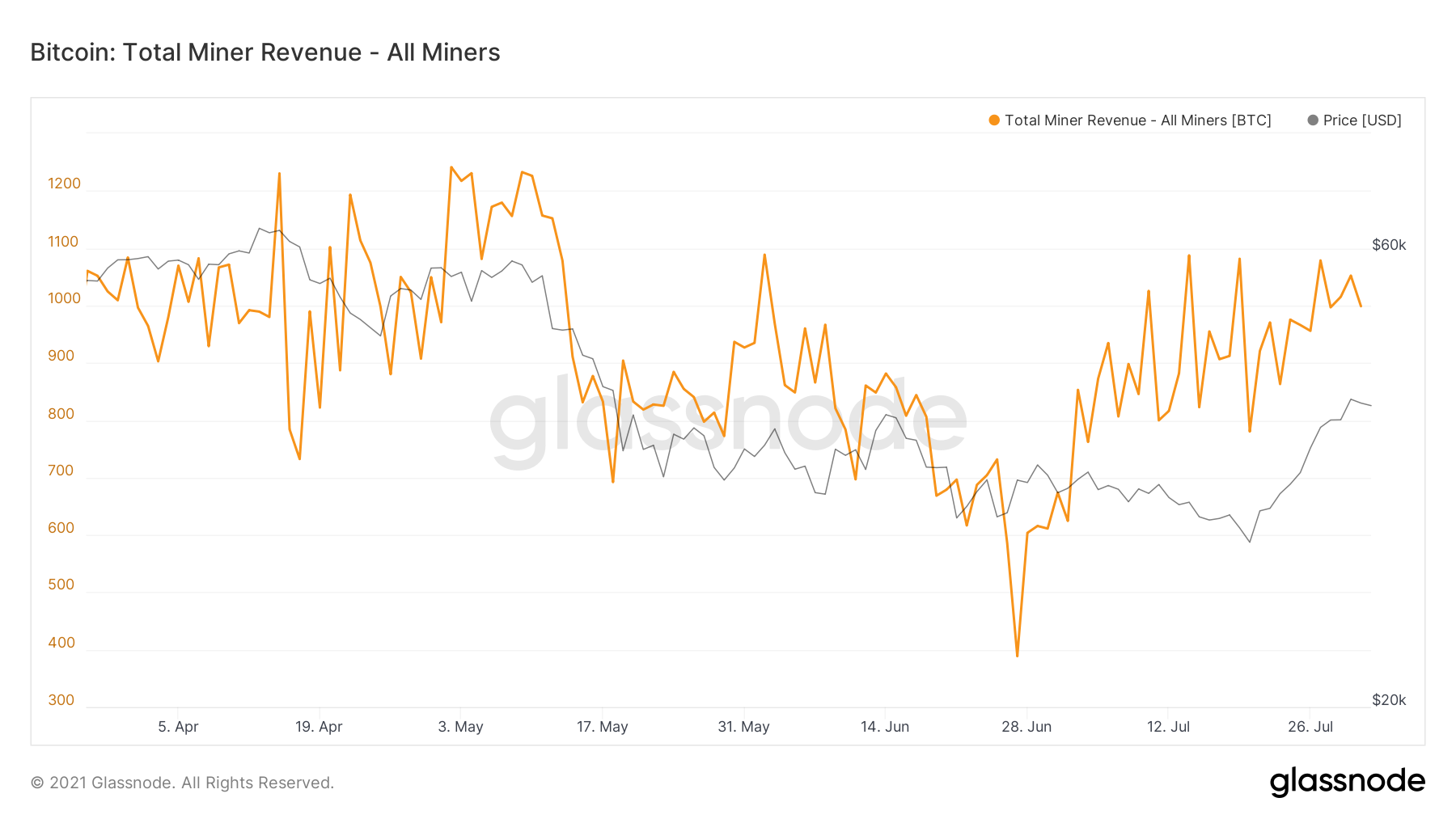 Now, even though the sell market is not thriving as such, it should be noted that one particular category of market participants is selling.

In the macro frame, the Average Spent Output Lifespan (ASOL) indicator has been moving around its lower range. In fact, over the past month, the ASOL reading has shrunk by more than half (from 105 to 40). This essentially implies that newer participants are the ones who are actively trading and dominating the market. Investors and miners, at this stage, are clasping their HODLings and patiently waiting for the bull run to commence.