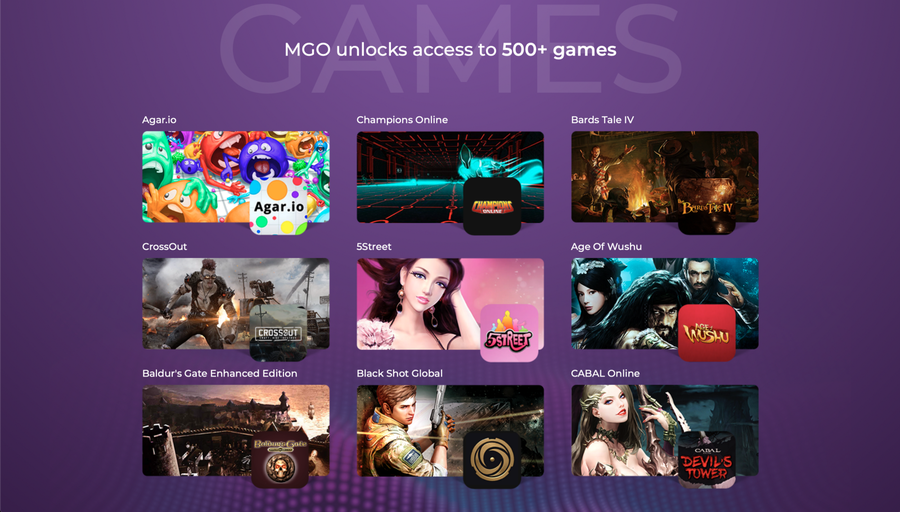 The recent MobileGO’s partnership with Xsolla is the hottest news in the gaming industry.
MobileGO, as far as you probably know:

In its turn, Xsolla:

MGO revolutionizes the gaming and cryptocurrency industry! This will become the new Bitcoin thanks to the massive adoption by 500,000,000 + users all over the world.
What does the cooperation of these companies mean?
First of all, simplifying of payment options for MobileGO’s users. There are a lot of them. For game developers, publishers, crypto-enthusiasts, investors, and esportsmen using MGO would become easier.
MGO tokens are great for:

The ecosystem provided by Xsolla is using more than 700 methods of payment. Xsolla will be able to add additional support. Every gamer’s purchase is a contribution to environmental protection because the company is engaged in multiple charities.
MobileGO is not the only partner of Xsolla of course. The project providing modern payment methods cooperates with Twith.tv, Steam service of Valve, Ubisoft, Fortnite, and others. The names of all these “monsters” of the gaming industry speak for themselves.
Game manufacturers really need the marketing tools that are offered by the specialists of this company. The use of the tools occurs to be practical not only in payment but in-game edition too.
The strategy of MobileGO and Xsolla
MobileGO and Xsolla will pursue the strategy shaping the bright future of mobile gaming sphere!
There are some key points that the partnership will be focused on:

As a result, the boosting of the interest to the mobile gaming industry and its products is expected. In the nearest future, it means an appearance of serious users and great financial inflows.
The benefit of this collaboration for gamers is too huge to describe in a few words. The cryptocurrency used as a payment option could be the most convenient method because of fast, problem-free and high-quality transactions.
What do we know about MobileGO?
It’s not only a project but a kind of federation to those who:

And as it was mentioned above, MobileGO continues to work towards improving their ecosystem with multiple services.
What do we know about Xsolla?
When it was founded over a decade ago it was just a local company providing payment systems for a few game developers. The founders couldn’t stay still and did their best to achieve the global expansion. They started to cooperate with the world famous game publishers. The head office of the company left the RF for the USA and now there are headquarters in the United States, Europe, and Asia.
MGO is already adopted by 500 mln + users! MGO token is on the same stage as Bitcoin two years ago!

How to keep your cryptocurrency safe: secure Bitcoins online