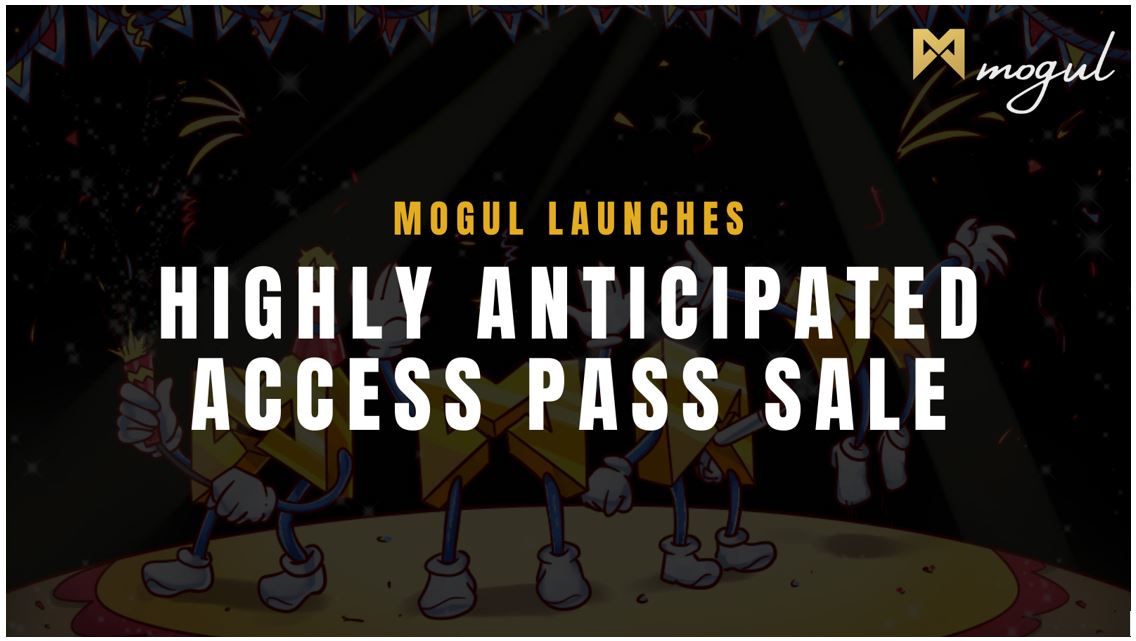 Mogul has opened up its platform for users to purchase Access Passes after surging in user growth.

Earlier this week, Mogul also announced that its platform amassed 20,000 users in its first month of being live. The company has a limited number of Access Passes and has laid out the options on their website.

Each package consists of a non-fungible token (NFT), their STARS ERC20 token, and a personalized, physical package of merchandise that is sent to the purchaser. The Access Pass NFT gives the holder exclusive access to perks on their platform. The highest tier, the Red Carpet Pass, includes the ability to access NFTs that represent executive producer credits on films that they produce.

The purchase of an Access Pass includes their native STARS token, which is used for governance, voting, and as an in-app currency; even to purchase highly coveted NFT drops from artists such as Marvel & DC Comics’ Rob Prior.

The Sale will be conducted exclusively through the Mogul platform for Mogul users on a first-come, first-served basis.

The STARS token is required for access to the Mogul platform and each user must have a minimum of 1 token.

The Access Pass Sale will occur from March 25th to April 8th and tiers will be sold on a first-come-first-served basis. Mogul’s smart contracts have passed an audit from the industry-leading blockchain security company, Zokyo, and the audit results are published on their platform.

Full details of the Mogul Access Pass sale and a detailed roadmap can be found on their Medium blog.

Mogul Productions is a decentralized film financing (DeFiFi) and NFT platform that connects creators, movie fans, and film financiers in one space to ensure the best films get made by giving everyone a voice. By leveraging blockchain technology and a tokenized system, Mogul incentivizes participation and rewards engagement. Using the Mogul in-app payment and utility token (STARS), users can vote on, greenlight and participate in key decision-making aspects of production. Mogul’s production team and advisors are award-winning Hollywood veterans who have written, directed, acted in, and produced a wide range of films and TV shows.

Disclaimer: This is a paid post and should not be taken as news/advice