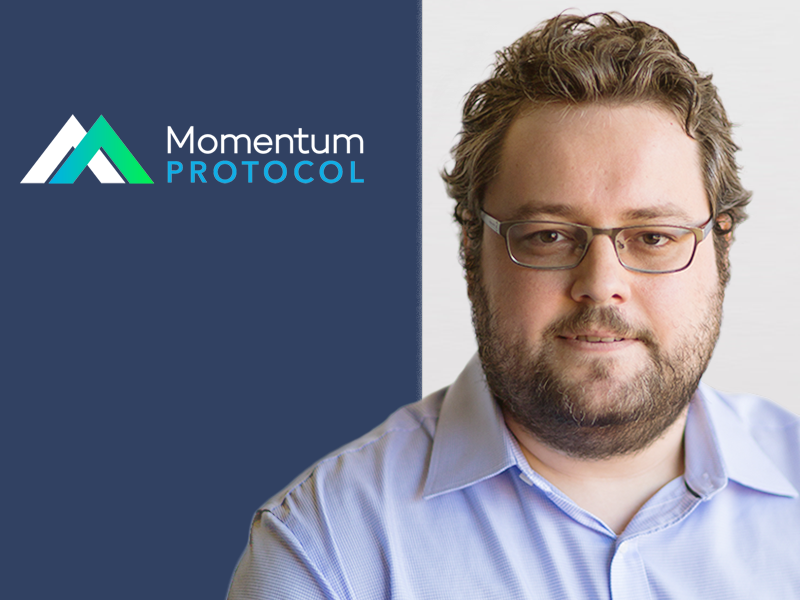 Momentum Protocol announced today that Juergen Hoebarth has joined the blockchain-centric loyalty rewards point infrastructure company as Chief Marketing Officer. He brings extensive experience in blockchain and enterprise decentralization space as well as expertise in digital marketing and communication to the position.
Hoebarth began his career as a Multimedia and Digital designer before becoming an international Digital Marketing and Communications expert. In recent years he is focusing on the digital asset space. With his extensive blockchain experience, he has a particular passion for improving and bringing this industry to the mass market.
Hoebarth stated,
“There are only a handful of use cases which will be the spark to user blockchain technology in the background on a broader space.  One of them is the customer loyalty and rewards industry which is huge, yet is in need of serious changes and perhaps a total disruption. I’m extending my involvement with Momentum Protocol because I believe there is a high chance that Momentum will be an industry first.”
Hoebarth holds a BA in Multimedia and Design and has two Master Degrees from Hong Kong Baptist University. Juergen is not only multi-disciplined, but also has global digital market experience with a perspective on the eastern as well as the western market. He is a believer in decentralization and tokenization and brings the right mindset to the table.
David Mock, CEO of Momentum Protocol commented,
“I’m thrilled to have Juergen expand his involvement in Momentum Protocol. He is a proven leader and has strongly contributed to Momentum during his more than 1-year-long position as an Advisory Board Member.”
About Momentum Protocol:
Momentum Protocol enables companies to easily launch new loyalty rewards points programs or convert their existing programs onto the blockchain. This standard, global blockchain infrastructure allows consumers to easily exchange their reward points between various programs, providing liquidity to use their points at their maximum value. A full API stack allows companies to unlock the hidden value of their loyalty points in their marketing and consumer-facing solutions.  It also allows them to use points, for example, to reward consumers not only when they purchase, but also every time they show support for their favorite brand.

What Is an Initial Exchange Offering [IEO] – Overview and Benefits