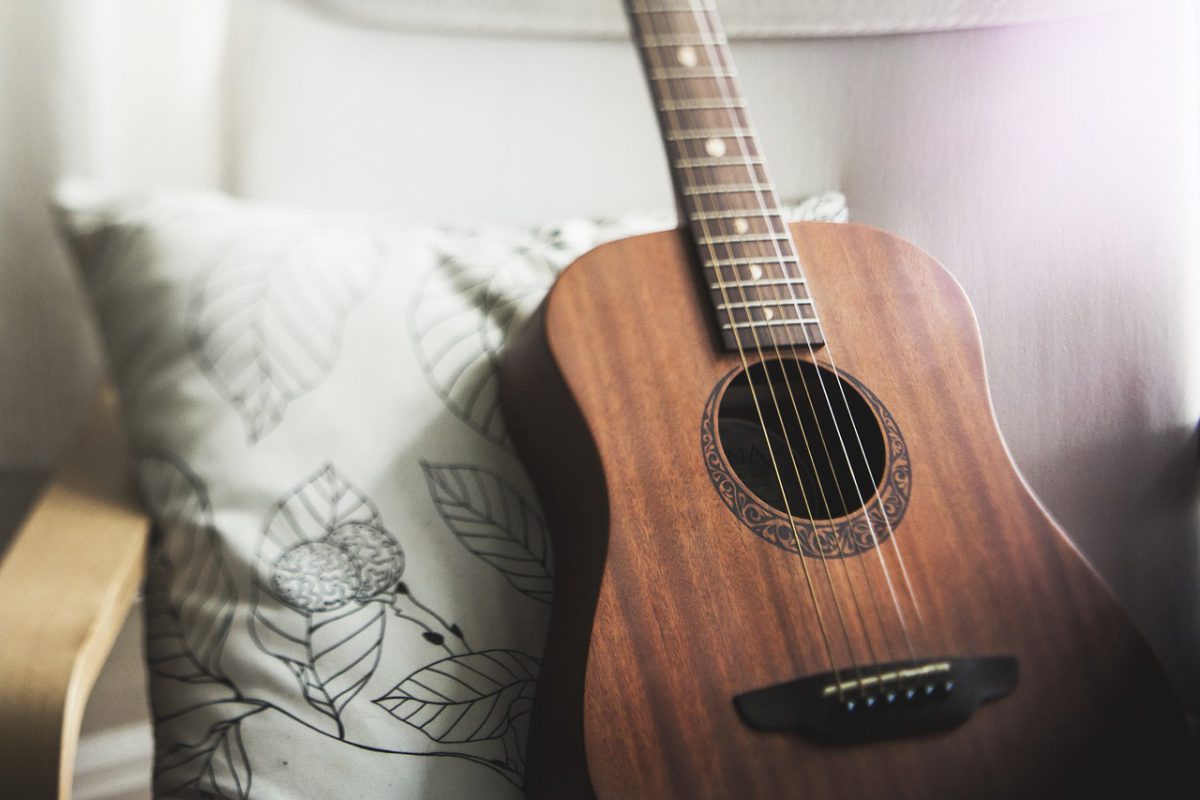 Bitcoin‘s market bulls were defending the $49k-mark valiantly as they attempted to push higher on the charts once more. Monero and Aave formed triangle patterns and were likely to see a breakout soon, while Nano could see a dip to $5. 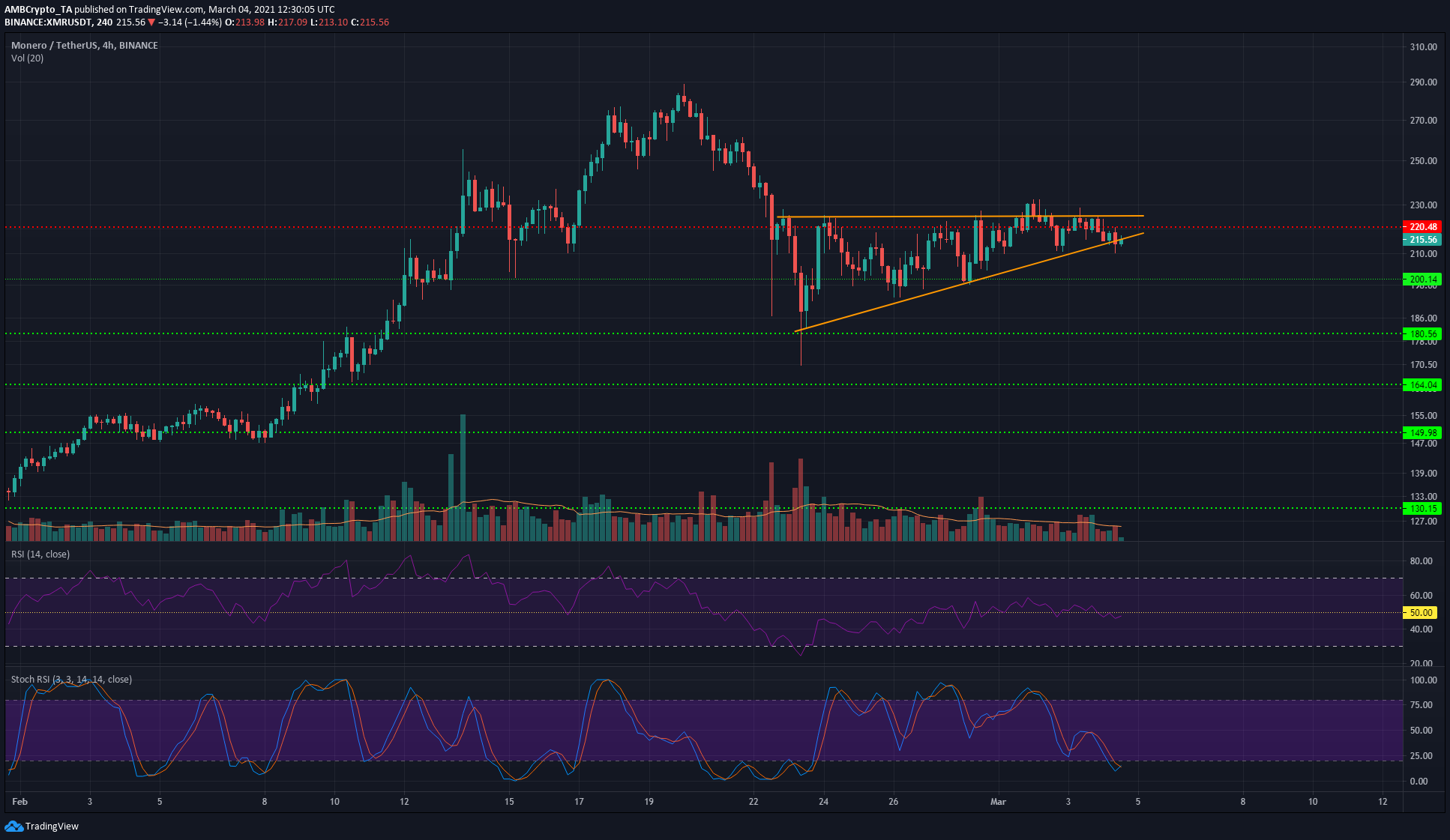 Monero formed an ascending triangle pattern on the 4-hour chart, and trading volume has also been falling over the same time period as market participants waited for a strong move. This is a bullish pattern that could see XMR break out back towards $270. However, closing a trading session below $210 will likely invalidate the setup.

Bitcoin will have a strong influence on XMR, regardless of the pattern that XMR appears to form.

The RSI oscillated around the neutral 50-mark, while the Stochastic RSI was in oversold territory. A drop below $210 will likely see XMR visit $180 once again. 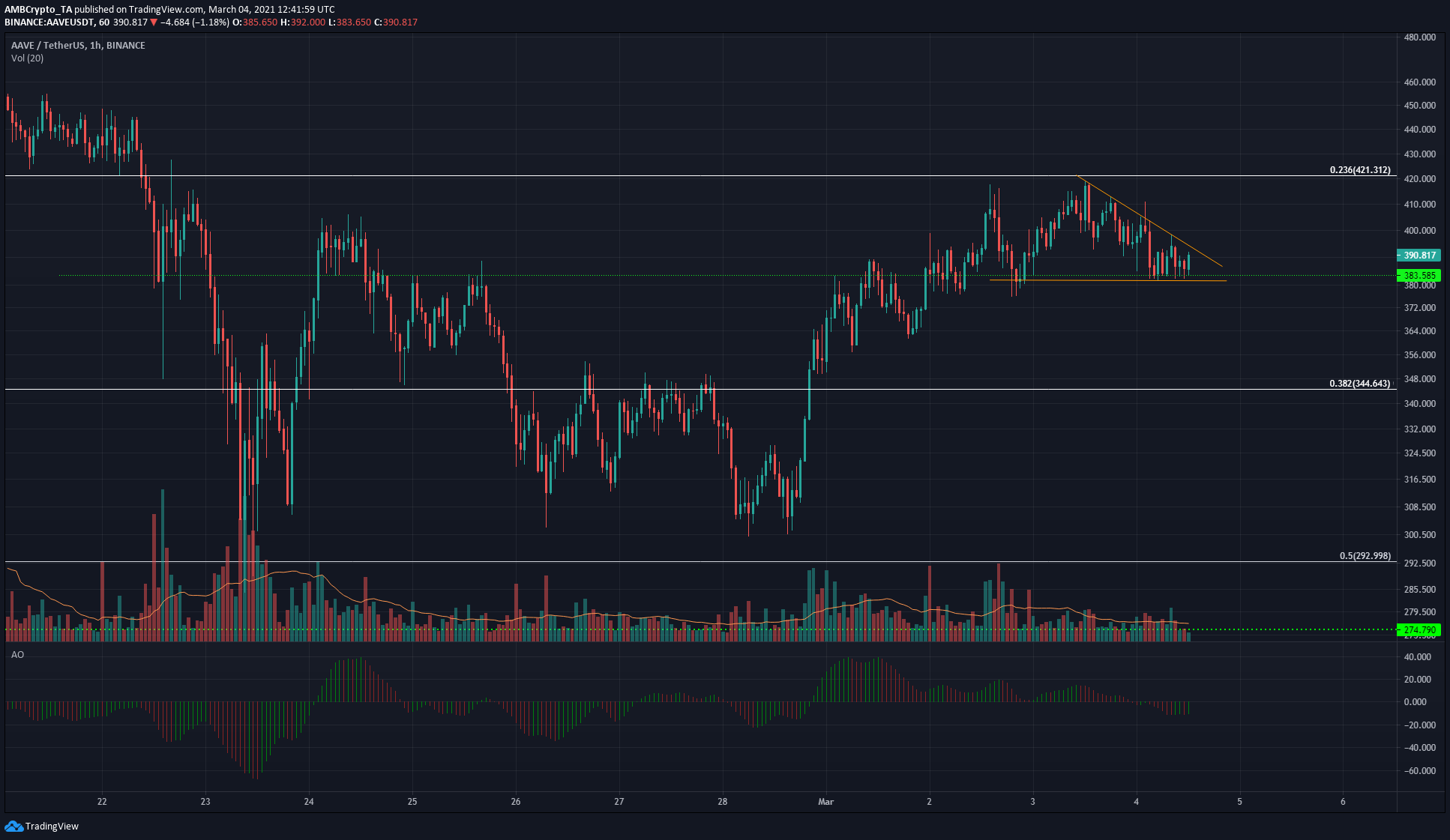 Aave was another coin that formed a descending triangle pattern. On an uptrend, this pattern is likely to see a move to the upside. However, the trend of AAVE has been downwards since $540 in mid-February, and another drop could be seen soon.

A close outside the pattern backed by heavy trading volume would be confirmation of a breakout. At the time of writing, the $383-level was an important level of support. The Awesome Oscillator noted bearish momentum for AAVE as it was under zero. 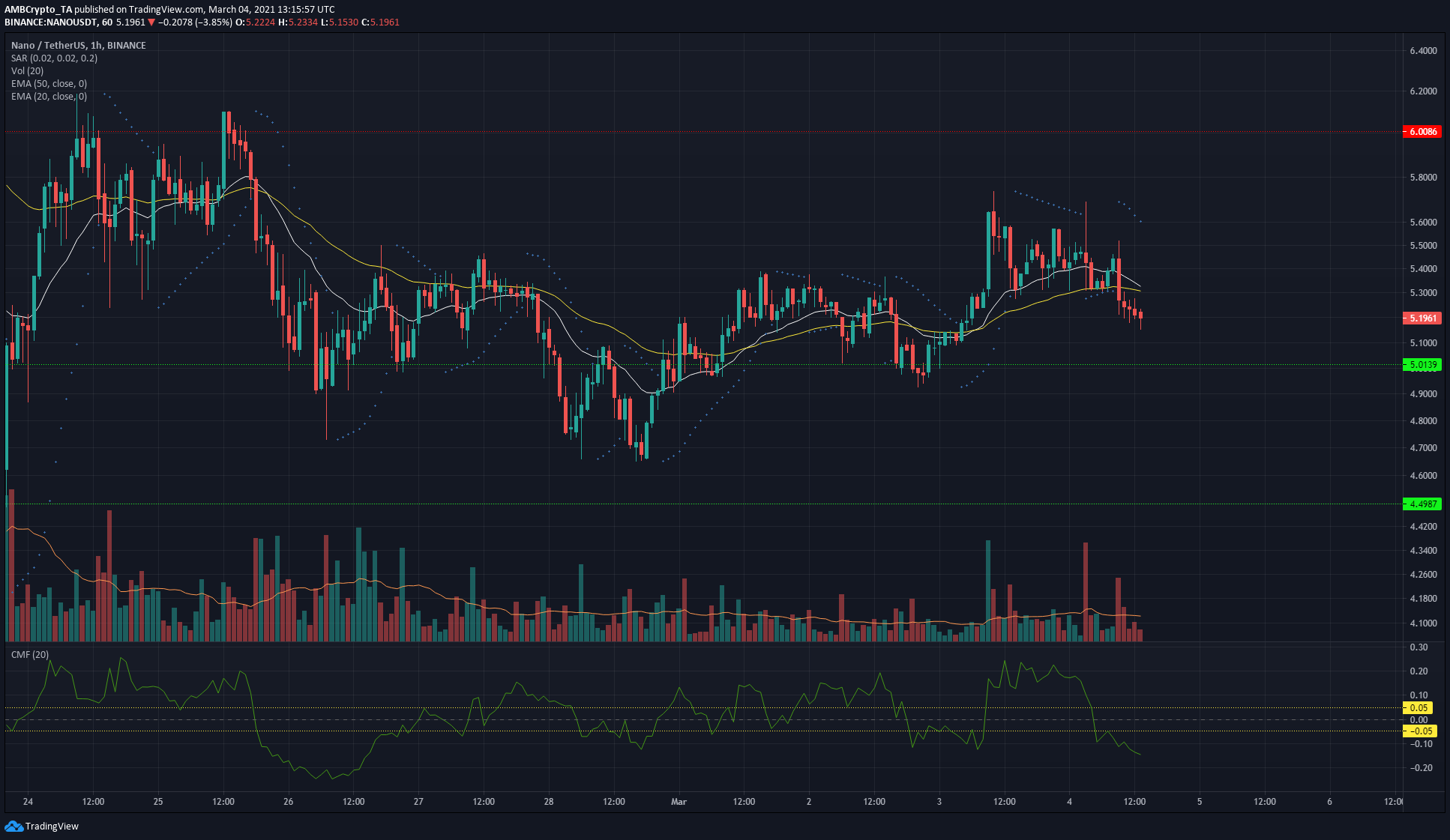 The 20 and 50-period EMAs (white and yellow respectively) showed that the past few days had some bullish momentum, but it was waning in recent hours as the price dropped under both the moving averages.

The Chaikin Money Flow also dove under the zero line to show net capital movement out of the markets as sellers asserted themselves in the short-term once more. This could see NANO revisit the $5-level of support.