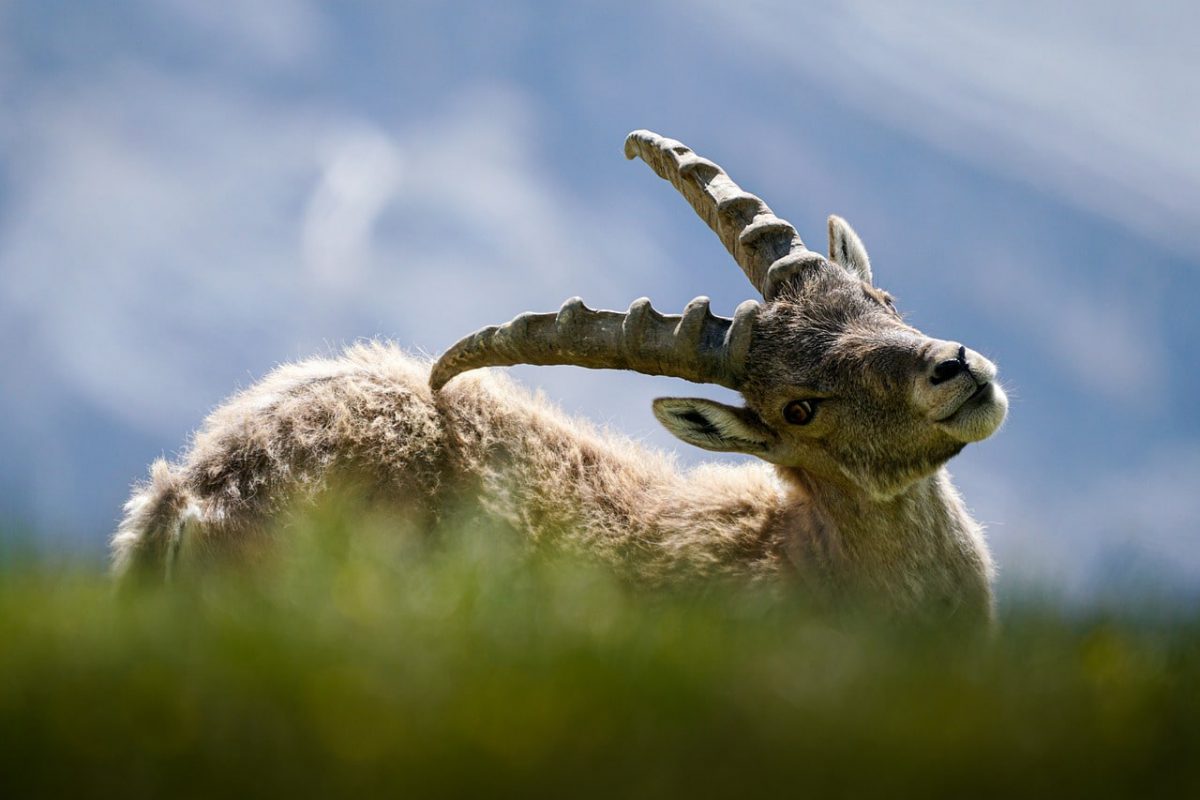 Monero formed a bullish pattern on the hourly chart and could see a breakout past $220. Algorand reclaimed the $1 mark as support and pushed toward $1.15, and Compound halted its slide from $540 in mid-February to $337 and was making a recovery toward the $450 mark. 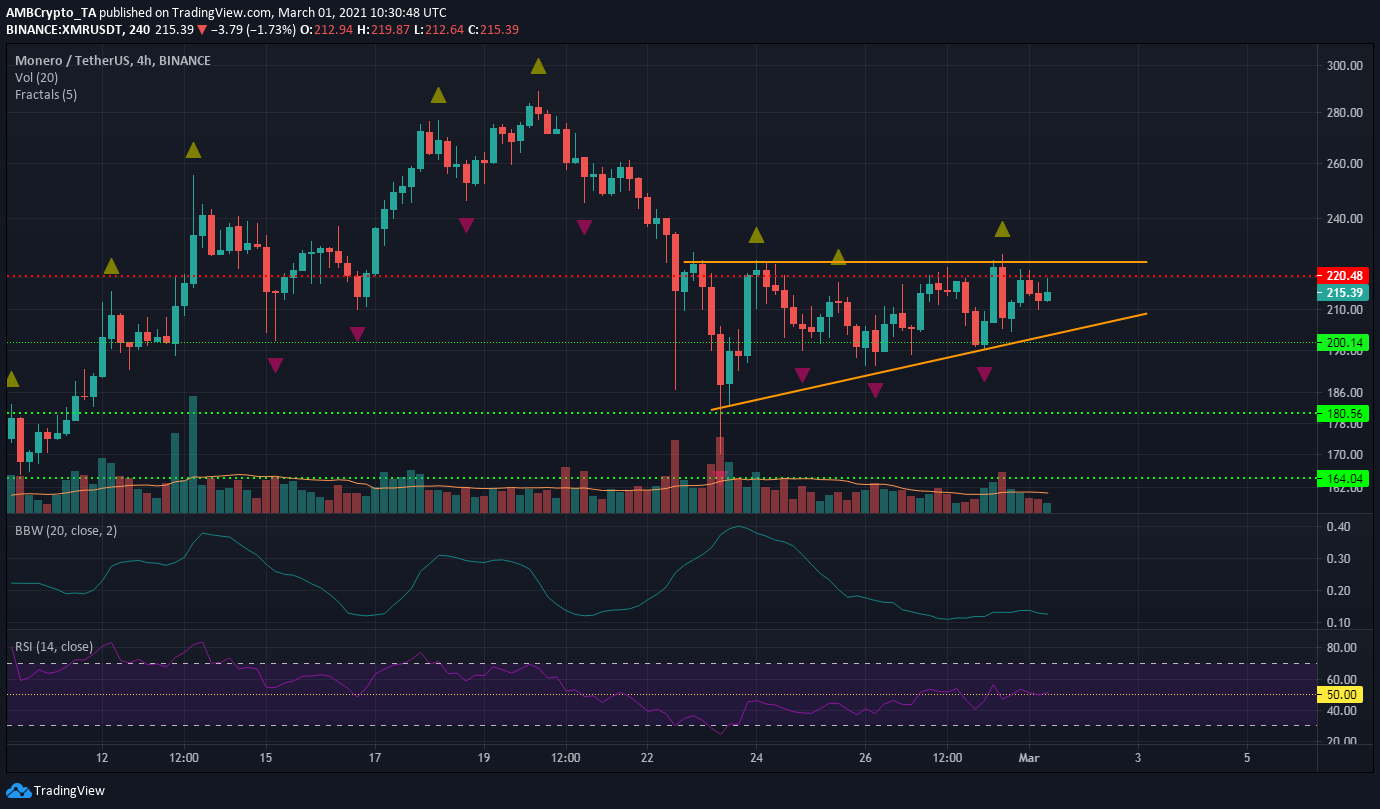 XMR formed an ascending triangle on the 4-hour chart, following its near 35% drop from the highs of $282 to $180. The fractals show that $220 is the short-term target for the bulls to rise above and flip to support, although a retest of the ascending trendline may also be seen.

As the price neared the end of the pattern, the Bollinger bands’ width indicator also dropped over the past few days, suggesting that a breakout is in the making.

This pattern generally sees a bullish move, and the RSI oscillated about neutral 50 after staying beneath it for the past few days.

The hourly chart showed ALGO form successive higher lows from $0.84, then $0.9 and $0.95 before its ascent past the $1 mark. This is a bullish development that hints at a recovery for ALGO.

The next levels of importance are the $1.15 and $1.26 resistance levels. The MACD was slowly rising, while the OBV also followed the price gains over the past few hours. Flipping the $1.15 level to support would offer a good risk-to-reward long position entry with a target of $1.26 and $1.42, with a stop loss between $1.07-$1.08. 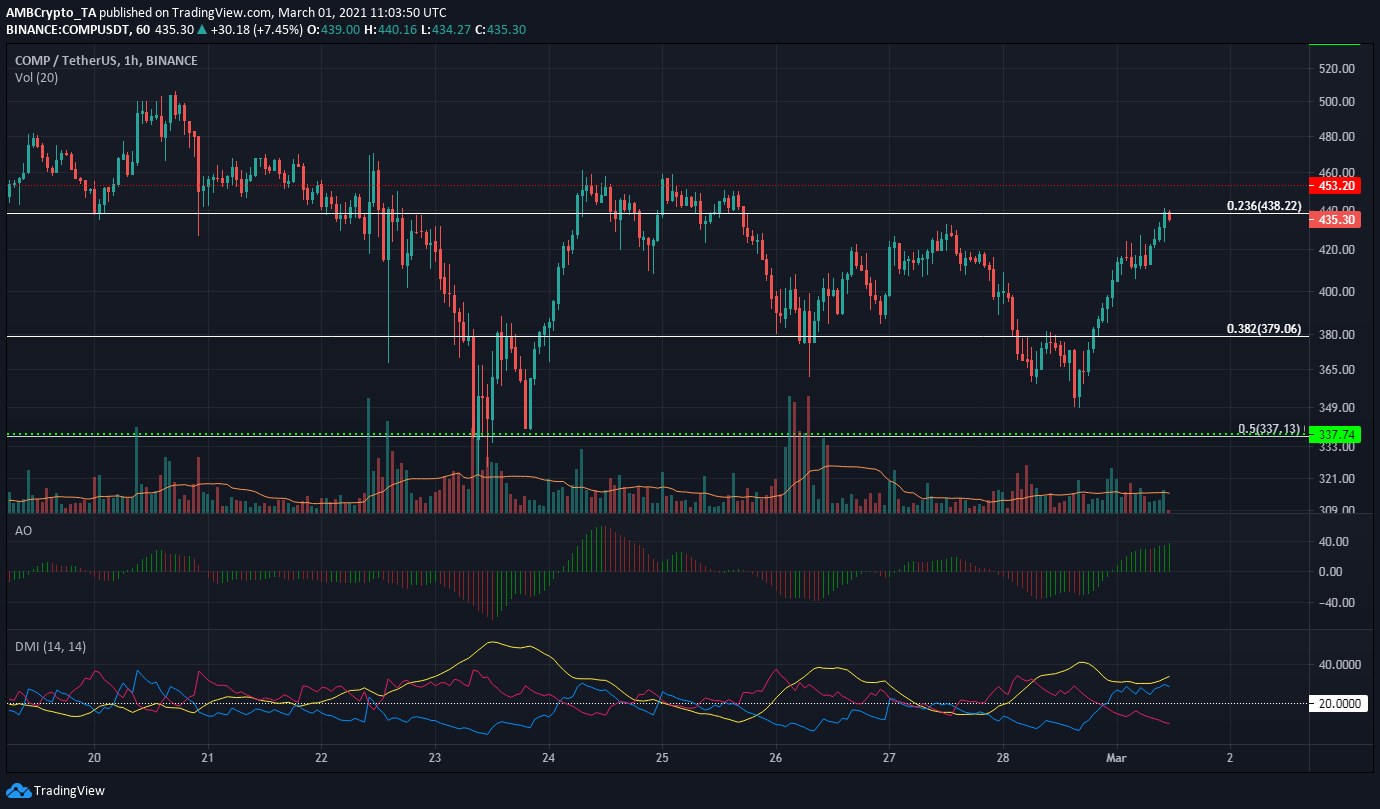 The hourly chart does not capture the descent of COMP from $550 to $443, where the bulls tried to fend off the bears. Bitcoin’s drop from $58k spurred bears on, and COMP reached a low of $322.

The buying pressure of the subsequent days has seen COMP recover past the $400 mark. The Directional Movement Index showed a strong uptrend in progress as the ADX (yellow) climbed above 20 as did the +DI (blue) to signal a bullish bias.

The Awesome Oscillator also showed rising bullish momentum in the short-term. The next significant level of resistance lies at $438 and $453.