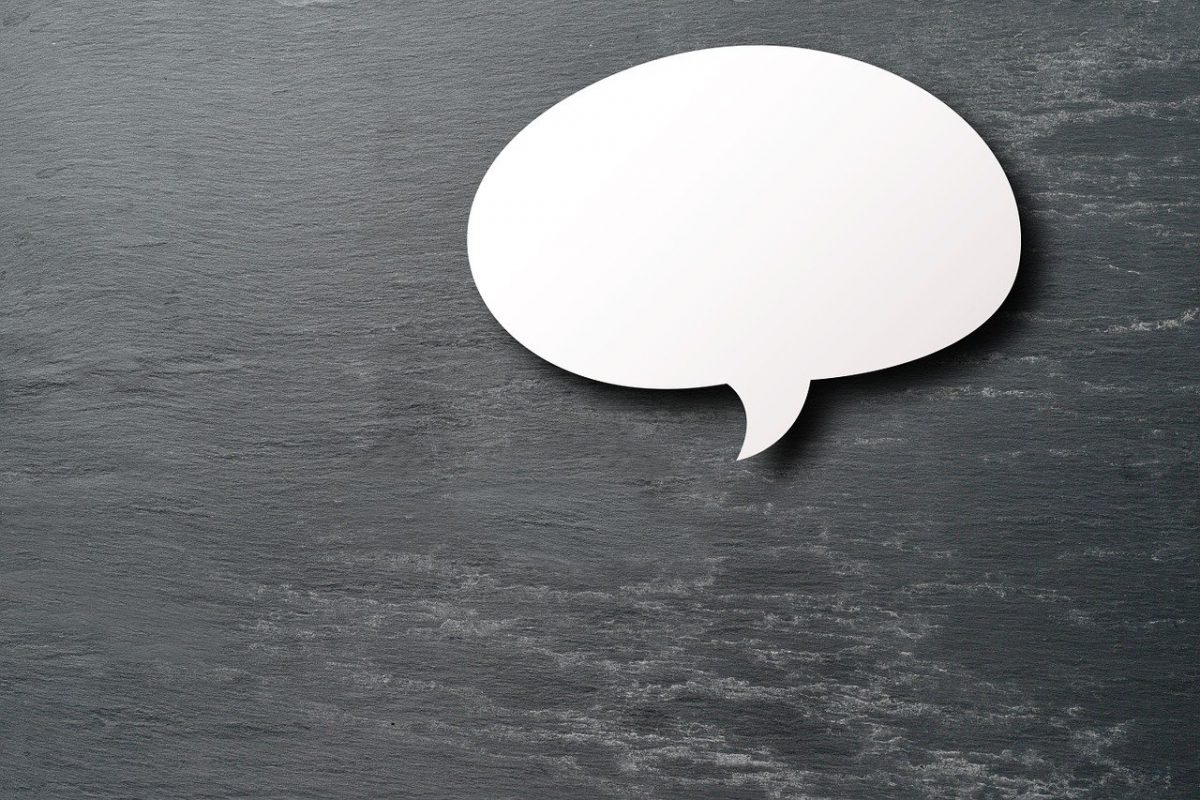 Monero rose to touch its two-year high and was strongly bullish on the charts. Ethereum Classic approached the $6-level with strength, but it could be set to see some sideways trading within the $6-$6.15 pocket of liquidity. Dogecoin also recovered strongly from the latest drop and was likely to see further upside. 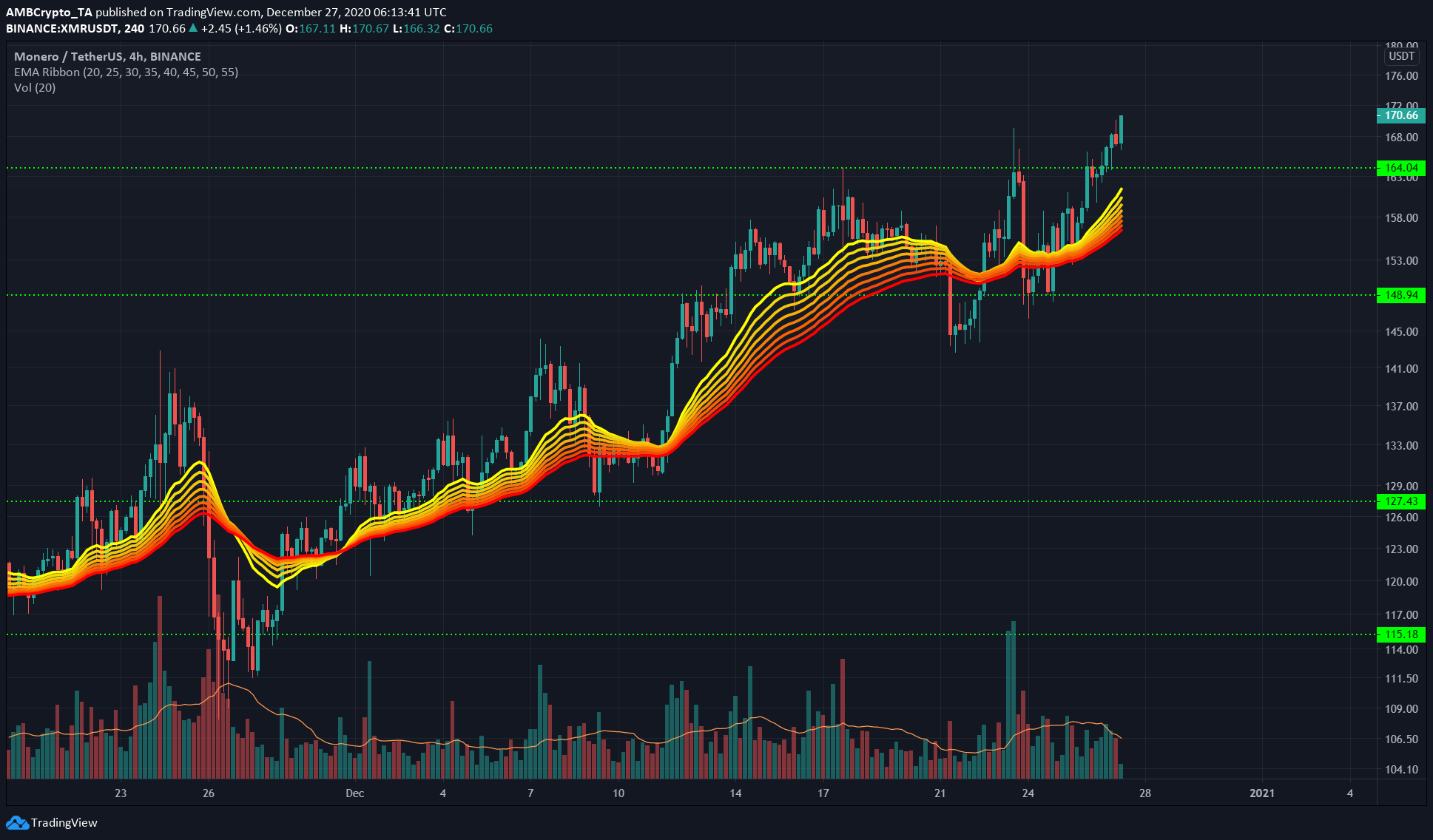 XMR climbed to $170, a level it was previously trading at back in May 2018. While the trading volume has been around average over the past few days, the momentum was strongly in favour of the market’s bulls.

The latest altcoin price drop was not enough to shove XMR below $142 and it can be regarded as a sign of strength from the coin. The price rose well above the EMA Ribbons to signify strong short-term upwards momentum.

The next level of importance for XMR lay at $200, a level that will also act as a psychological level of resistance. 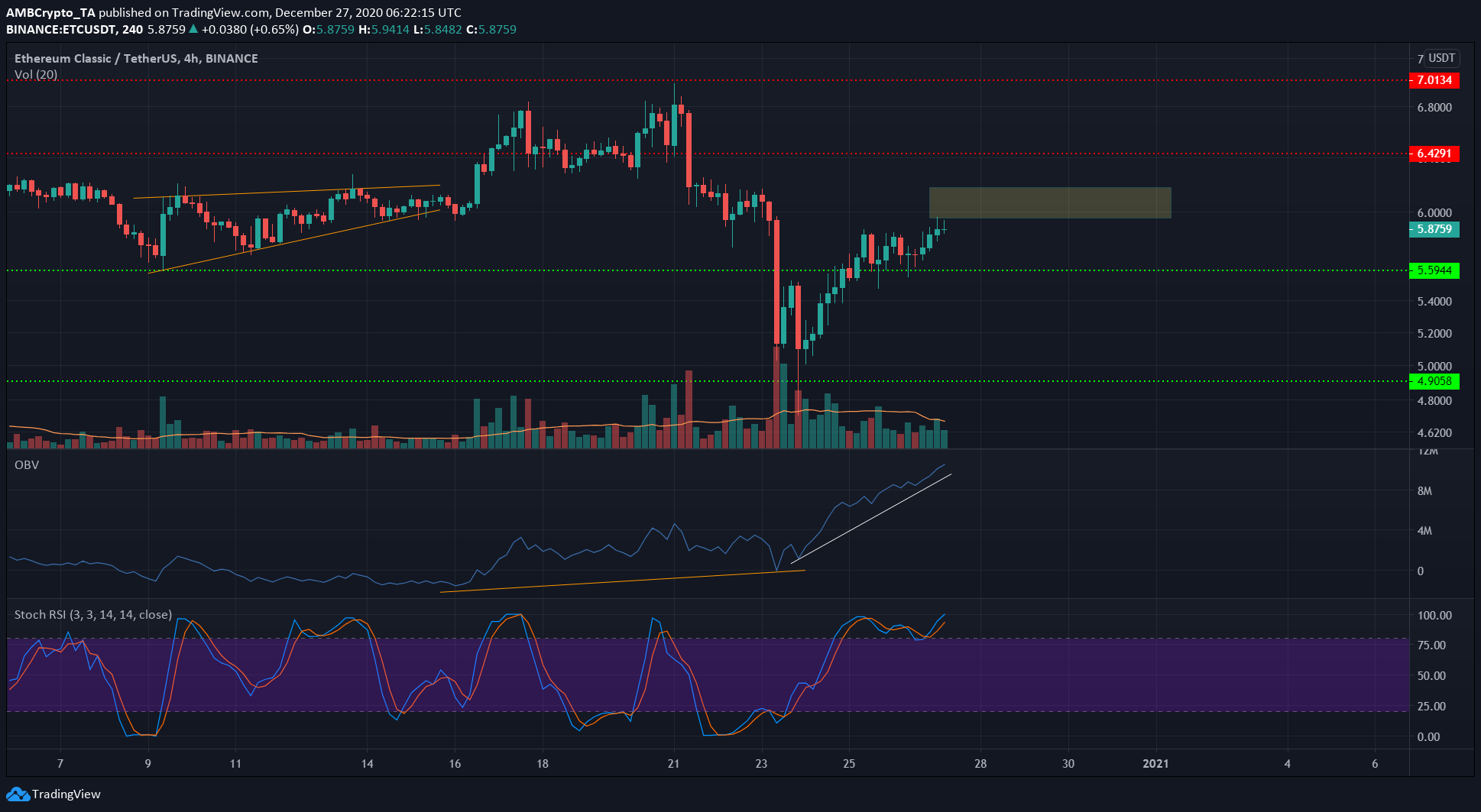 Even when the price dropped from $6.8 to $5, the selling volume was not as great as the buying volume before the drop. This hinted at buyer confidence in the digital asset.

The past few days saw heavy buyer dominance in the market, with the price gaining by nearly 20% after a dip to the $4.9-level of support.

The Stochastic RSI was in the overbought zone, and $6-$6.15 has served as a pocket of liquidity in the past. This could be repeated and ETC could trade sideways within this region before it gathers enough steam for its next move. 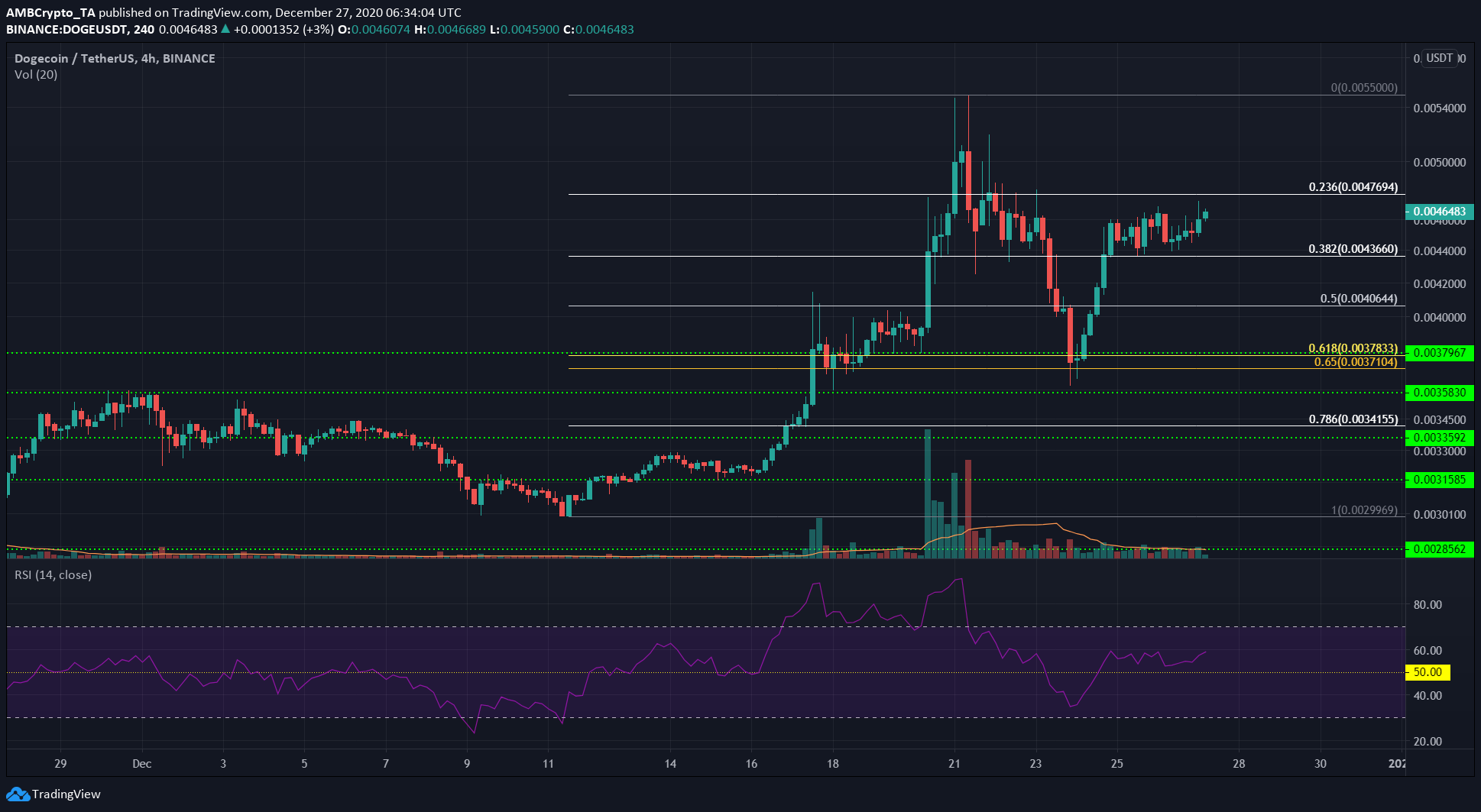 DOGE dropped to the golden pocket following the corrective move it recently registered. After a few hours of trading near the 61.8% retracement level, DOGE posted a sharp recovery and moved with vigor above the 50% retracement level.

At the time of writing, DOGE was on its way to test the 23.6% level as resistance and it was likely to flip it to support. The RSI underlined bullish momentum on the charts.

While the trading volume was quite low in comparison to the volume when the price pumped to $0.0055, it was still a lot more than what was the case in late November and early to mid-December. This suggested that DOGE could see yet more upside on the charts.

Bitcoin can ‘easily’ be ten percent of gold in 2021, says Mike Novogratz